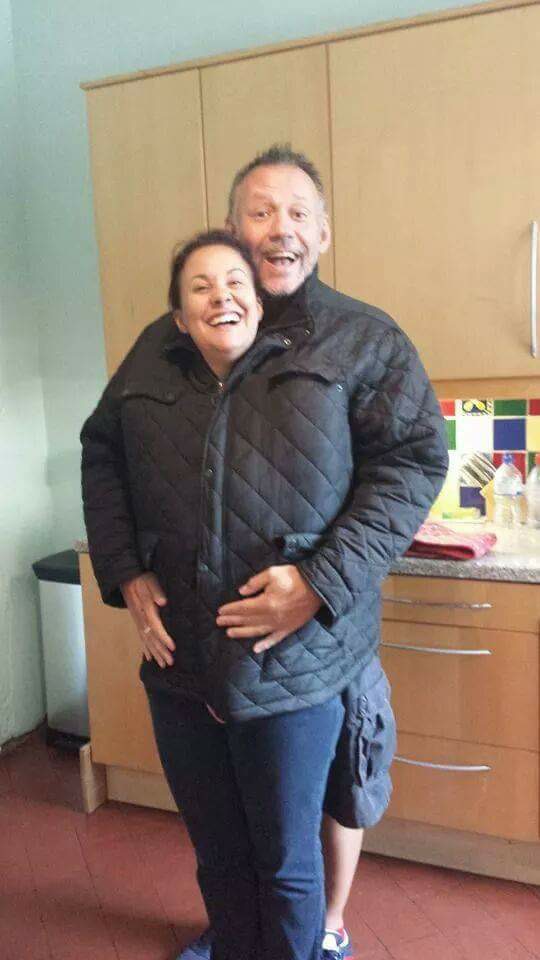 Tony you join our very exclusive Amazing Loser club who have lost over 10 stone. That takes some doing – how did this all come about?

Well, it is a love story really, it started because of the love of food; firstly bad food and then good food, but mainly it’s about the love of my family and life itself. 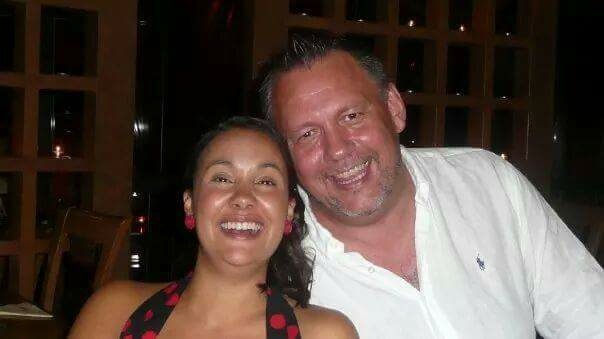 Fantastic, we like a bit of love and positivity here at MAN v FAT – tell us what life was like at 352 lbs.

I’d never really dieted before and I didn’t actually think I needed to. I had just gradually got bigger and bigger and thought that this was a natural part of the ageing process so I just began buying bigger and bigger clothes. I realised that when I could only buy clothes from specialist men’s shops that maybe something should be done, however I never really took any action.

One day Sabrina, my fiancé suggested that we go on a diet. I wasn’t that keen even though by that stage I was over 25 stone, had back problems, gout and fatty liver – not to mention struggling with everyday life. I agreed to start on the following Monday. 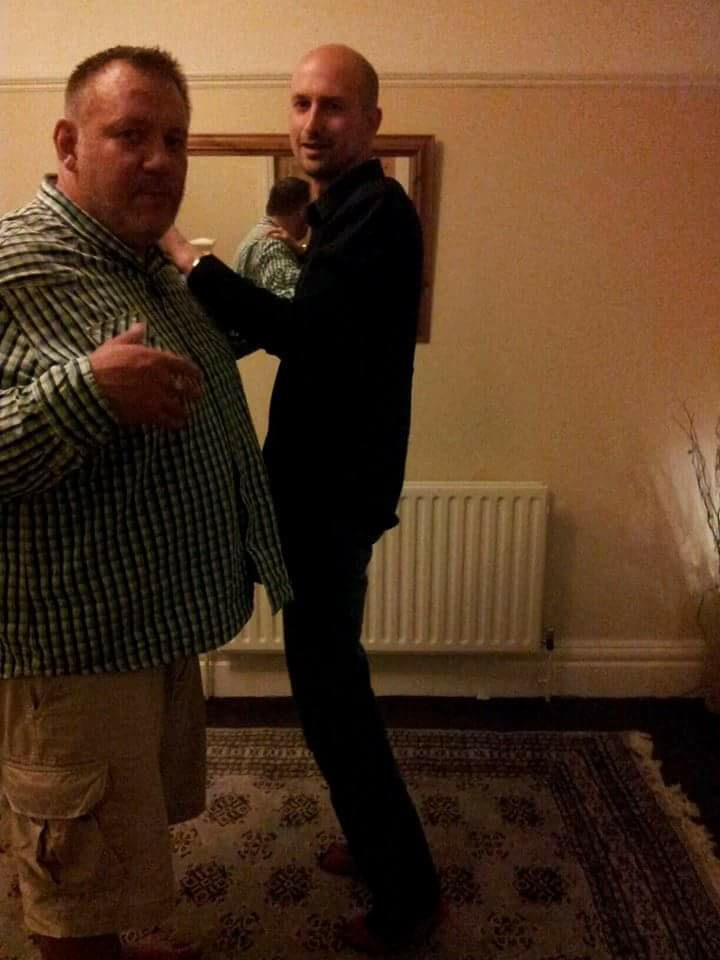 That’s quite a list of health concerns, what else was going wrong?

This list could be very long, however the main ones were: fatty liver, gut, back and neck pains and frequent bouts of non-specific illnesses. Frankly, everything felt like an effort and as a father of six that’s challenging in itself. Travelling was always hard especially on public transport as I felt uncomfortable, in the way and always very hot and stressed. Also, people have a certain attitude to you when you are overweight. It’s hard to be specific but you could always tell what people were thinking.

So Sabrina had laid down the law, how did you find the change?

Day one went well, I was not hungry and liked the water drinking and coffee restriction. Come day two I had decided I would quit but then thought that the previous day’s effort would have been a waste so I carried on. By the end of the first week I felt at least 25% better, I had more energy, fewer headaches and a feeling of achievement. I didn’t look any different, but I felt different and I was 100% confident that I would achieve my weight loss goal which excited me and kept me strong when the doubts crept in. As a “mind-set” person I just cast the doubts aside as I had by then adopted a no option approach to the process.

Did you do a particular diet?

For the first month I used Juice Plus shakes for two meals a day and then an evening meal of 600 calories, fresh-cooked, healthy food such as grilled chicken or fish with whole grains, veg or salad. Then from month two I just began to eat healthy food, all of which was home cooked with fresh ingredients.

I gradually found things that I really liked that were naturally healthy – things like low fat, good carbs and high protein and so I began to put more of these in my daily food list. The list has grown which enables me to have a varied diet whilst always maintaining healthy eating and balancing my carb, protein and fat intake.

Throughout the diet I drank at least four litres of water a day and usually do now. This had many benefits the main and first which I noticed was that it gave me more energy. The increase in energy was great for staying motivated and I found the more energy I had the more I wanted. 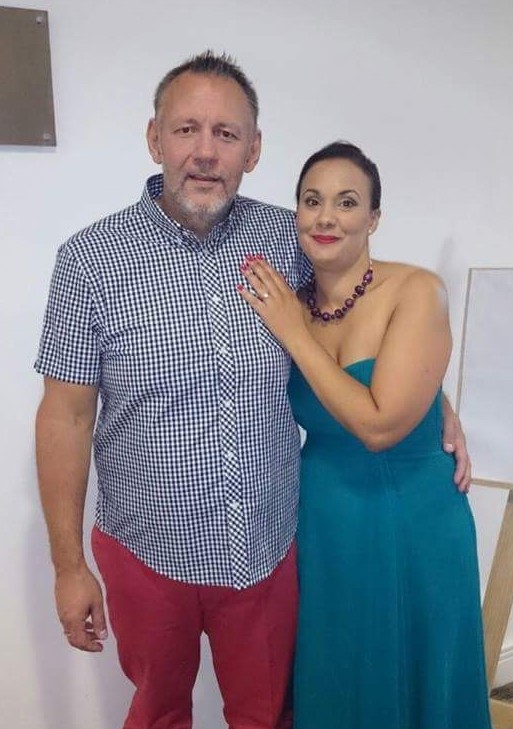 What would you say the biggest element is in regard to losing weight?

For me it was about changing my lifestyle, I went from inactive to active, unhealthy eating to healthy eating and changing all the bad habits for good habits. I measured everything at the start, all body statistics, weight and what I ate, how much I ate and what the carb, protein and fat composition of each meal was. I found My Fitness Pal very good for that and never missed an item. I have to say that losing weight was very easy as the benefits of feeling good, then looking good as well as finding ‘new’ healthy foods was very motivating.

I also found out what my basal metabolic rate was [check yours here, Ed] and then worked out how many calories I would need to burn to lose weight in terms of calorie intake. I found that the more I was able to measure, the easier the diet became. I use a pedometer to measure steps and began increasing my daily target to become more active and burn more calories.

Once I had lost three or four stone I began gentle home exercising every day and kept a record of all the exercises I did, which I still do and I calculated the calorie burn for the sessions. The more active I was becoming the better I felt and I noticed that each week my fitness was increasing. I used these additional burnt calories to increase my food intake but again only on the basis of good food and with everything being measured. 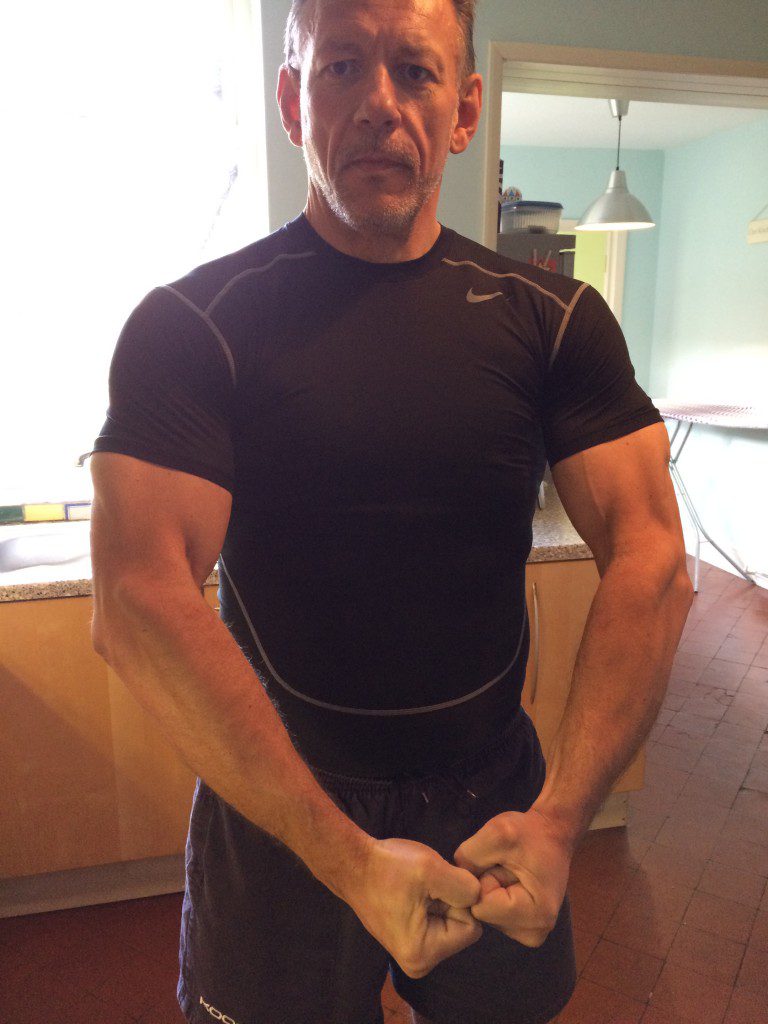 Breakfast will be half a grapefruit, two or three boiled eggs, or porridge and a slice of wholemeal toast. Lunch is a turkey sandwich on wholemeal bread, sometimes tuna or chicken. 200 ml of fruit juice and sometimes crackers with peanut butter. Dinner is usually grilled fish or chicken, lots of veg and something like quinoa. For pudding I’ll have Fage 0 yoghurt with raisins or almonds in.

It is completely different, I have a fitness age of 32, which is down from 54 – all of which has been achieved in 16 or 17 months. I am now a keen cyclist and aim to ride 100 plus miles per week, go to the gym four times a week and have a personal trainer that is helping me gain a physique of someone 20 years my junior. I feel that I can do anything, go anywhere and have taken up Northern Soul dancing and enjoy the lifestyle and fashion image that goes with that. At work I am now able to do more travelling and spend two days each week out of the office meeting clients which is something I had found difficult and missed previously.

Sabrina helped the most, then James and Katherine at Wolds Way Gym in Driffield who are both very good trainers. No one really got in my way, however the media and supermarkets have a lot to answer for in general as they push poor diets on their shoppers with low cost offers. I have noticed that in general you spend more to eat healthy.

You’ve made incredible changes in less than two years – what do you wish you could have said to yourself while you were at your biggest?

Ha! Preaching to the unconverted is never that effective, but maybe I would say, “Lets have a bet, give this dieting and food choice changes one week and I guarantee that you will feel noticeably different at the end of the week.”

Massive congratulations to Tony – we think you’ll agree he’s looking like a completely different man now. If you want to ask Tony anything then head on over to Talk and if you’re an Amazing Loser, or you know of one, then get in touch like Tony did and share your story and inspire the rest of us!