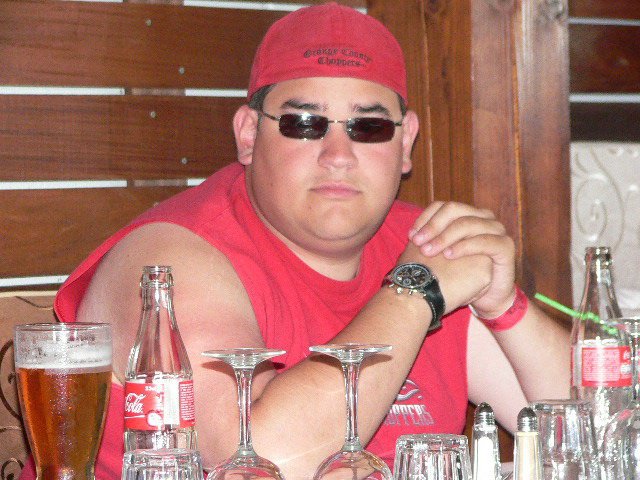 I think your story is a great example for guys who find themselves overweight as a result of leading a generally poor routine over time. What were you doing on a daily basis that caused you to get fat?

It became a bit of a vicious cycle with the routine that I was in. I’d walk into the office and have a latte with added sugar and croissants for breakfast, then I’d have my mid morning snack, my lunch, my afternoon snack, my dinner, more snacks and sometimes more food in the evening when I was bored! When I felt miserable or stressed I ate and it was generally crisps, chocolate, fizzy drinks or even a Greggs’ pasty!

At your heaviest you’d reached more than 300lbs which can’t have been much fun – how did it impact on your life?

I had all sorts of issues from simply finding clothes to fit, to being tired and having problems sleeping. I remember going to Vegas for the first time and getting blisters on my feet very quickly. Then there were the self-confidence issues like getting no interest from girls and just a general lack of self confidence… I think the list goes on really! Being fat just isn’t a good or healthy thing!

I love the fact that we have the exact photo that caused you to make changes in your life, can you tell us a bit about it? 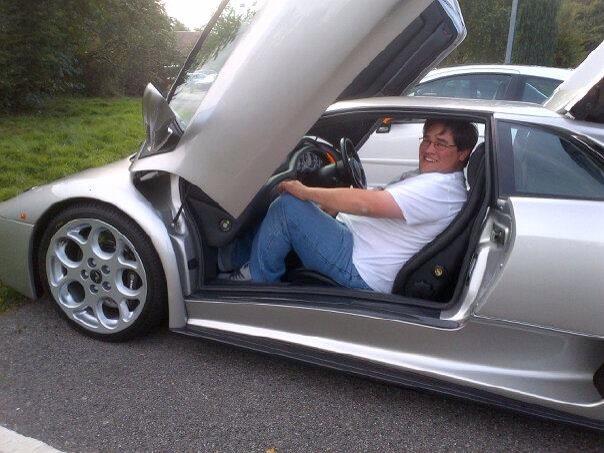 Well, I’m massively into cars and a friend of mine brought his Lamborghini Diablo along and told me to get in and he would take a photo. I should have loved it but I hated it! I looked huge and hardly fit into the car. Then my brother told me he was engaged and wanted me to be the best man at his wedding. I thought to myself, how can I look like that in photos? I’m going to be seeing for the rest of my life, thus the start of my journey!

So you had that initial flashpoint of the photo and you had a goal – that’s two of the key stages for guys who want to lose weight – taking your initial motivation and also setting yourself a goal. What changes did you make? 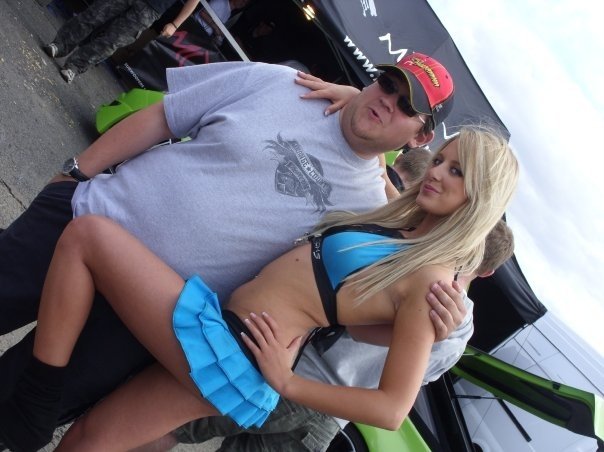 Like most men I haven’t followed a specific diet, I just massively decreased the intake of food, cut out sugary foods, implemented some portion control and lowered the carbs. To give you an idea of what I focus on now a typical day’s intake would be 200g of fat free yoghurt, two protein shakes, one chicken breast with 50g broccoli, 50g mixed beans, 50g spinach and 50g of sweet potato mash, two to three eggs and then a salmon fillet with more veg. I actually eat about seven times a day but I’m much more controlled about what I eat and how much I eat!

After a month I had actually stuck to the changes I’d set myself and I had that goal date in mind. By that point I’d also lost a stone and was feeling great and starting to get compliments. All of that meant I wanted to keep going. After two months of eating healthy, I joined the gym and mixed three or four weekly trips with healthy food. 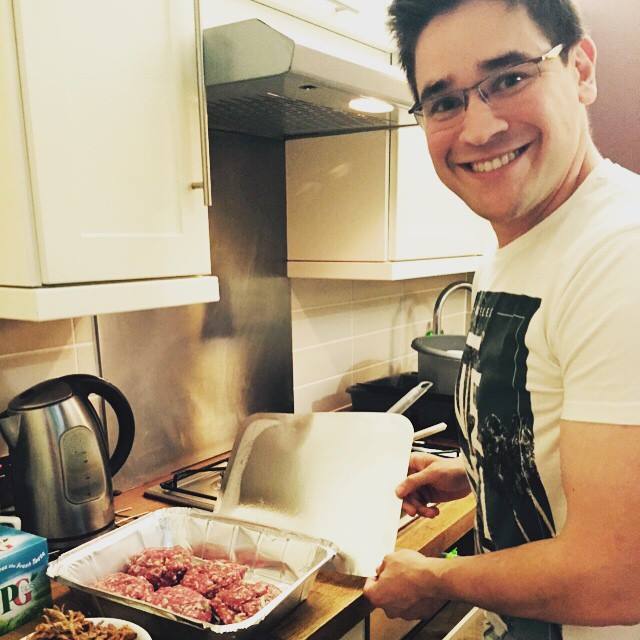 You’ve kept good records of your intake and weight all the way through your journey – what does that information show you now you look at it?

There have been times when it has been really hard. Harder than I ever imagined it could be! I managed to get myself down to just under 18 stone by my brother’s wedding but I still wasn’t happy but I struggled to keep going. I got myself down to 17 stone before going to NYC in the December of 2013 and had a week off the diet and training to give myself a break. 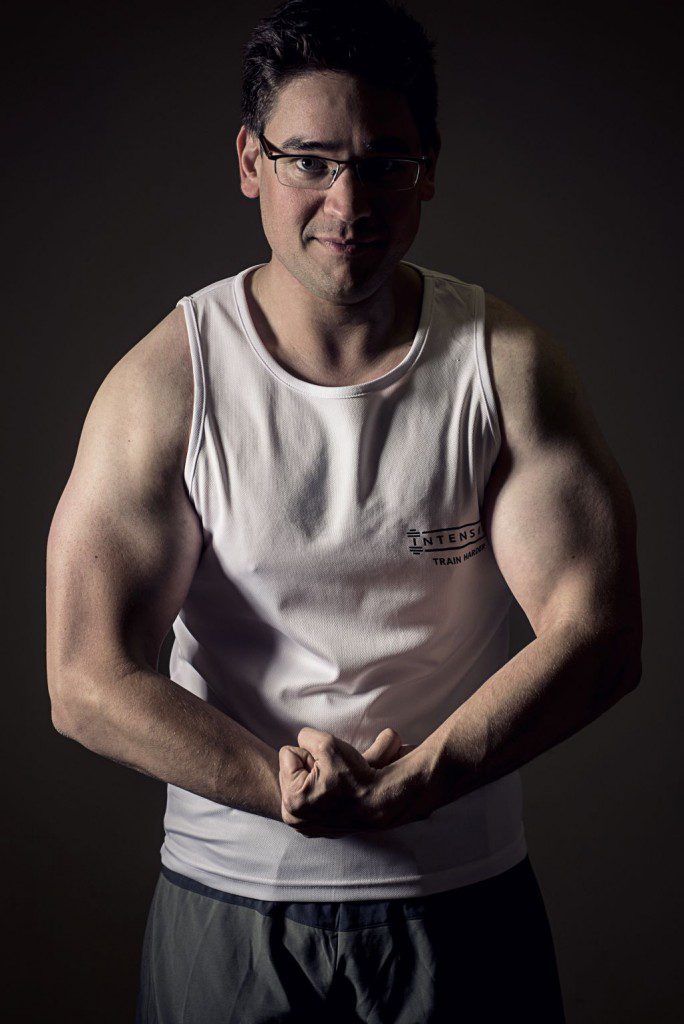 The start of 2014 I basically remained the same and went from 16 stone to 17 stone until the September of 2014 when someone in my local gym gave me some help and advice with some new stuff to do. I managed to get myself to 16 stone on the button for another Vegas trip to celebrate my 30th birthday in style! I had never in my life felt so good and positive about myself, especially buying things I couldn’t before such as Levi’s jeans and Calvin Klein boxer shorts!

January of 2015 was the general recover of the xmas period but by the beginning of February I was 16 stone 10lbs and not happy. A friend of mine helped me with macro nutrients for a strict diet and after 18 weeks of being on the diet I had gotten down to 14 stone 3lbs and I felt physically and mentally drained. I felt very low yet at the same time, looked better than ever. Another short break from that to recover and I’m currently in the process of working with building weights and cardio to burn the remaining fat.

I think that’s a useful insight – for most of us who lose weight, it’s not that we find the perfect strategy off the bat. We fine tune and make continual changes. The way I see it it’s an ongoing process of looking for the healthy choices that you can enjoy and sustain. It’s also telling that you’ve had that range of support – has that been important?

I felt the need to surround myself with positive people to keep my attitude in the right direction and it’s something I’d encourage other guys to do. For me I’ve had help from Mim, the chap from the gym, he has helped me with weight-lifting and gym stuff, as well as another friend called Mark I met in the gym. One of my best friends Zoe helped with my diet this year, I’d be a bit lost without her! My family have helped massively even down to dad buying my food so I can meal prep when I don’t have the time. 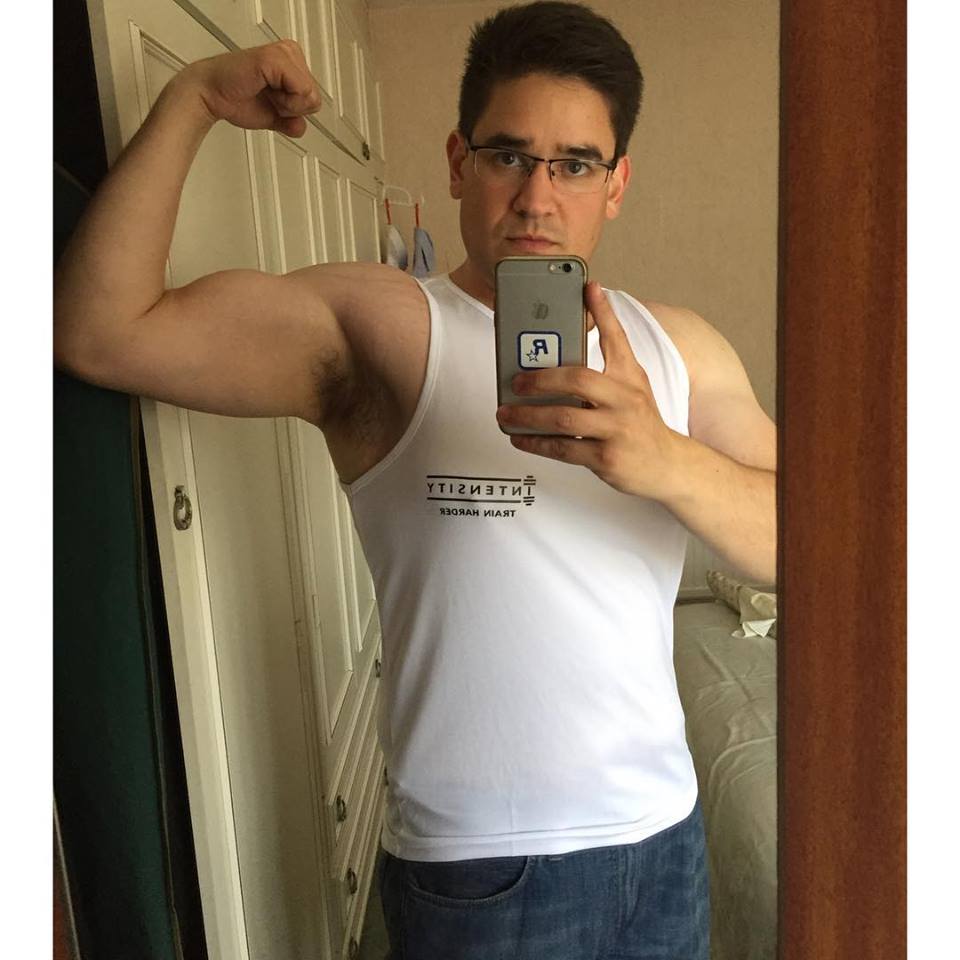 Wow, that’s brilliant. I think that when you tell people that you’re embarking on a project like this to turn your life around then it’s amazing the people who come into your life and help out. If anyone reading this wants to make a start in finding help then go and register on the MAN v FAT weight loss forum. You have to take responsibility for the quality of information you take on (my advice is always to try it out and if it helps then stick with it, if not bin it!) What other advice do you have for men who want to lose weight?

Despite the effort that it’s taken me I’d stress that it’s not as hard as you think when you have that motivation and that goal that you want to work for. After all healthy food tastes nicer than unhealthy food when you stop kidding yourself that a massive fat-filled pizza is a treat and you can make loads of healthy food choices that fill you up for longer. Lastly, I’d encourage you to think about how much better you will feel when you’ve got your weight under control. I’d also point out that if you’re single then the ladies start getting interested!

Jay is a fab guy to chat to on the forums, if you’re thinking about starting up with weights, or you just want some advice about getting your own diet in line, as with all our Amazing Losers and their weight loss before and after stories, you can find him on Talk.