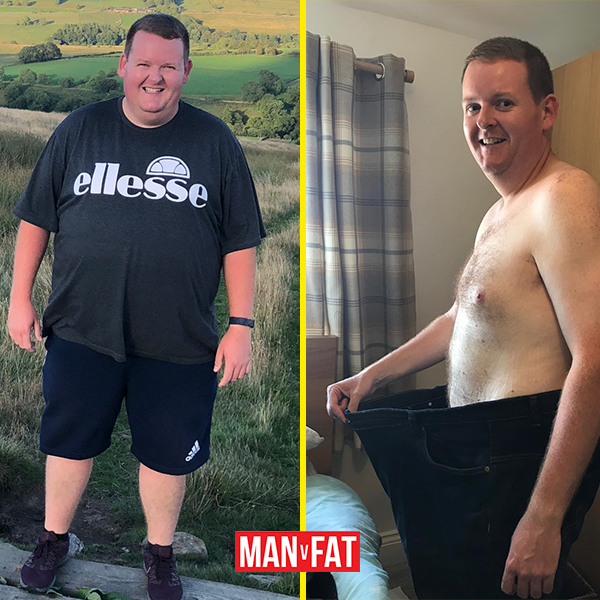 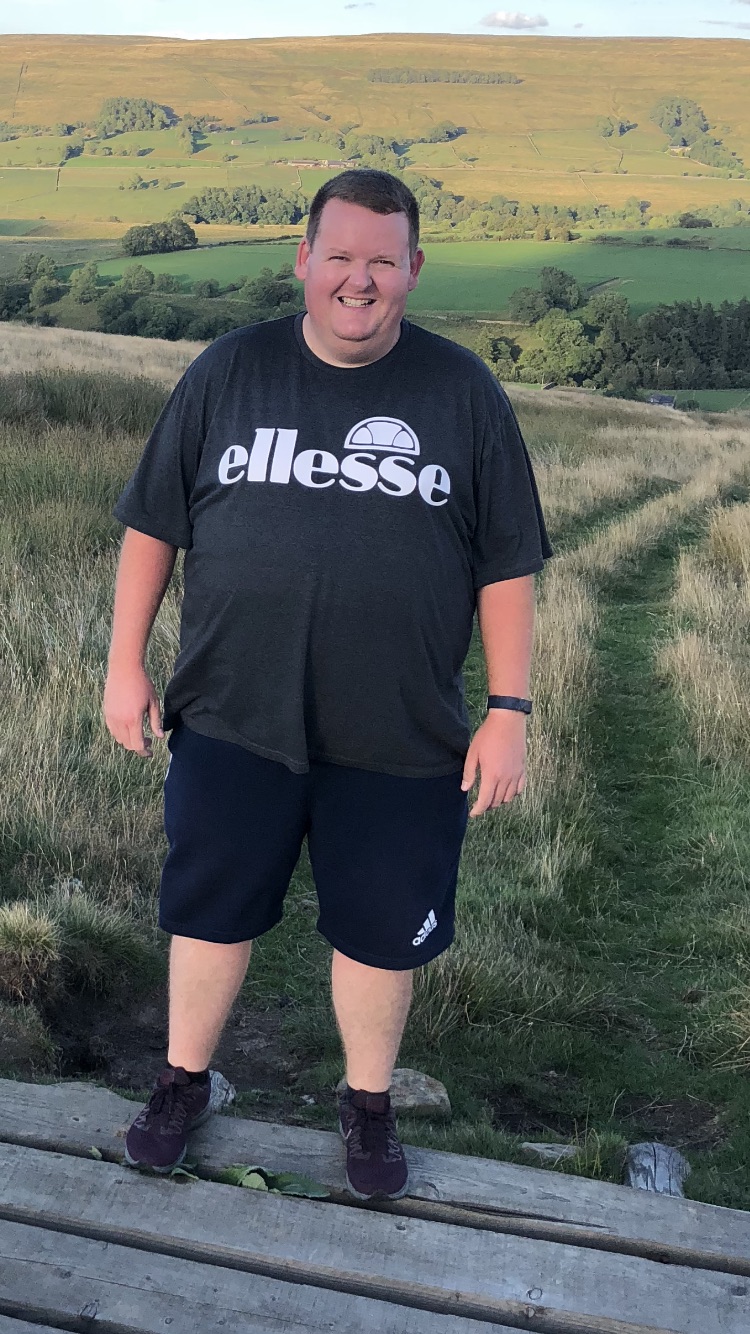 What was your life like before you joined MAN v FAT Football (e.g. how did you feel before you started to lose weight, did you have any medical conditions as a result of your weight?)

I’ve got to be honest and say that before MAN v FAT Football life was just “normal” – ever since primary school I’d always been overweight so it had become the norm. I didn’t think about what I would eat or drink, I just bought it and ate it! Despite being massively overweight (morbidly obese to put it in medical terms), I was still moderately active but some activities when volunteering with the Scouts became more tricky and I had long since given up playing sport.

I had to shop specialist big and tall ranges and might as well have had shares in one well known high street store for bigger guys – it really limited the choice of new clothes I could get and I’d have to plan ahead by ordering online.

What was the moment when you decided to change? What caused it? Can you describe that moment in detail?

I can’t point to one eureka/lightbulb moment when I made the crucial decision that things had to change. For me it was a combination of factors building up over time – having to look at 4xl clothes instead of 3xl as the weight was building, the guy on the turnstile at St James’ Park making a snide remark as I squeezed through, and feeling like I was going to collapse after getting an (enthusiastically applauded) rounder on a work charity day. I also had the holiday of a lifetime booked for 6 months time so it seemed like an ideal time to make a change for the better. 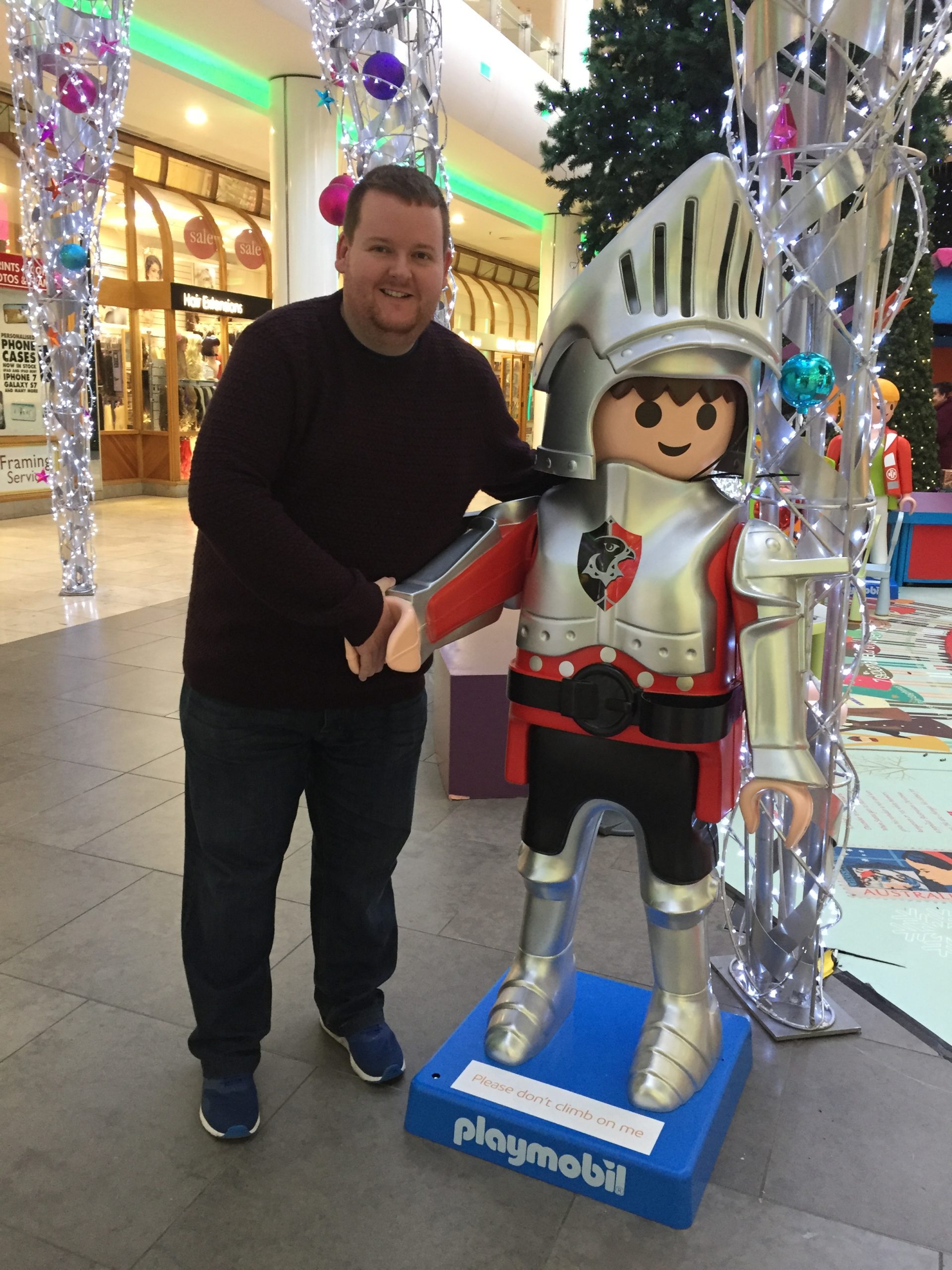 How did you find out about MAN v FAT Football and what made you decide to sign up?

I saw the ad for MAN v FAT Football on Facebook – I’m not sure if my phone had been listening and it was a specifically targetted ad but if it was then it hit the bullseye – I was fat and I bloody love football!

I had nothing to lose and despite previously playing quite regularly, I hadn’t played football for years. It was nerve-racking signing up for it by myself but the league coach quickly got in touch and there was no looking back. I turned up on registration night to a long queue leading to a set a scales – had it not been for guys in the queue who were returning for the new season chatting to me I may have freaked, walked out and never returned. They were hugely supportive and before I had been registered and weighed I had a good idea of the rules and setup. 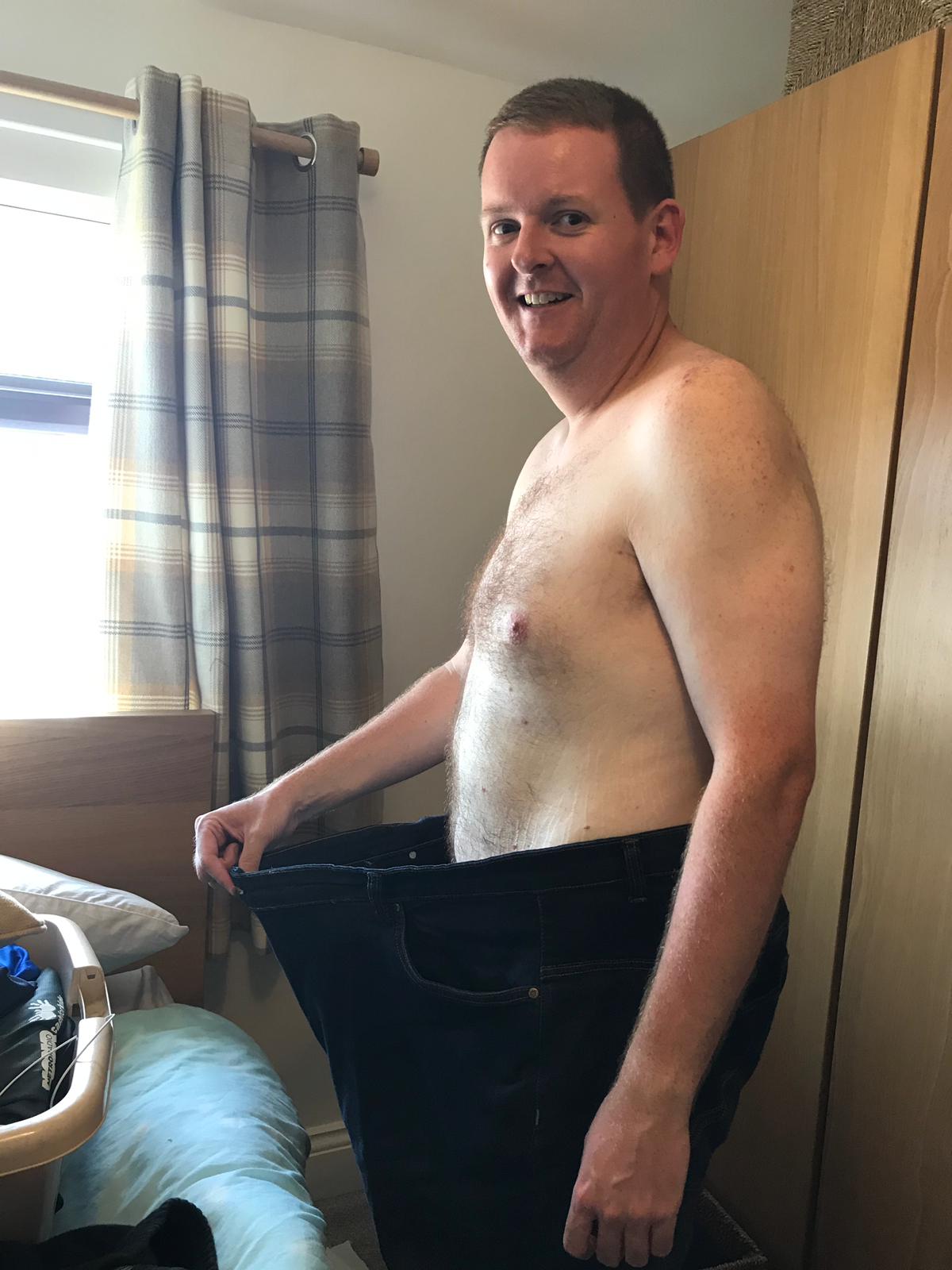 Who do you play for and what have the games been like? Have you enjoyed getting back into football? What’s your team spirit like?

When I joined the Newcastle league it had already been running for a couple of seasons. There were six continuing teams and then two teams of brand new players – at first, I was nervous as we were all completely new to it but we quickly settled in and everyone from across every team was really supportive of each other.

As a newly formed team, we really struggled on the pitch (I think we won only one game in that first season) but off the pitch, we lost shedloads of weight. As a team, we won the weight loss league and I was the “top loser”, shedding 32.8kgs. We’ve had a few players come and go but we’ve just finished our third season – winning the football league, combined football/weight loss league and I was the “top loser” again which I was really chuffed with.  We had 4 of the top 10 weight loss scorers though so that team spirit has worked wonders.

Beyond our team though I think the ethos and camaraderie throughout the league is what makes it successful. At times and particularly in the heat of the moment things can get heated but the support and encouragement for each other is always there.

Two memories stick out: In our first season we had players missing and were really short for a game – a chap from the opposing team that night offered to play for us and scored against his own team (think he might be joint top scorer for that season for us!). On another night I gifted a goal to the opposition, I sulked off and booted a water bottle (not my proudest moment I’ll admit), a chap from another team took the time to wander over and he asked me if I’d lost weight that week – I had and he reminded me that was why we were there. For me, those moments are more memorable than any of the football. 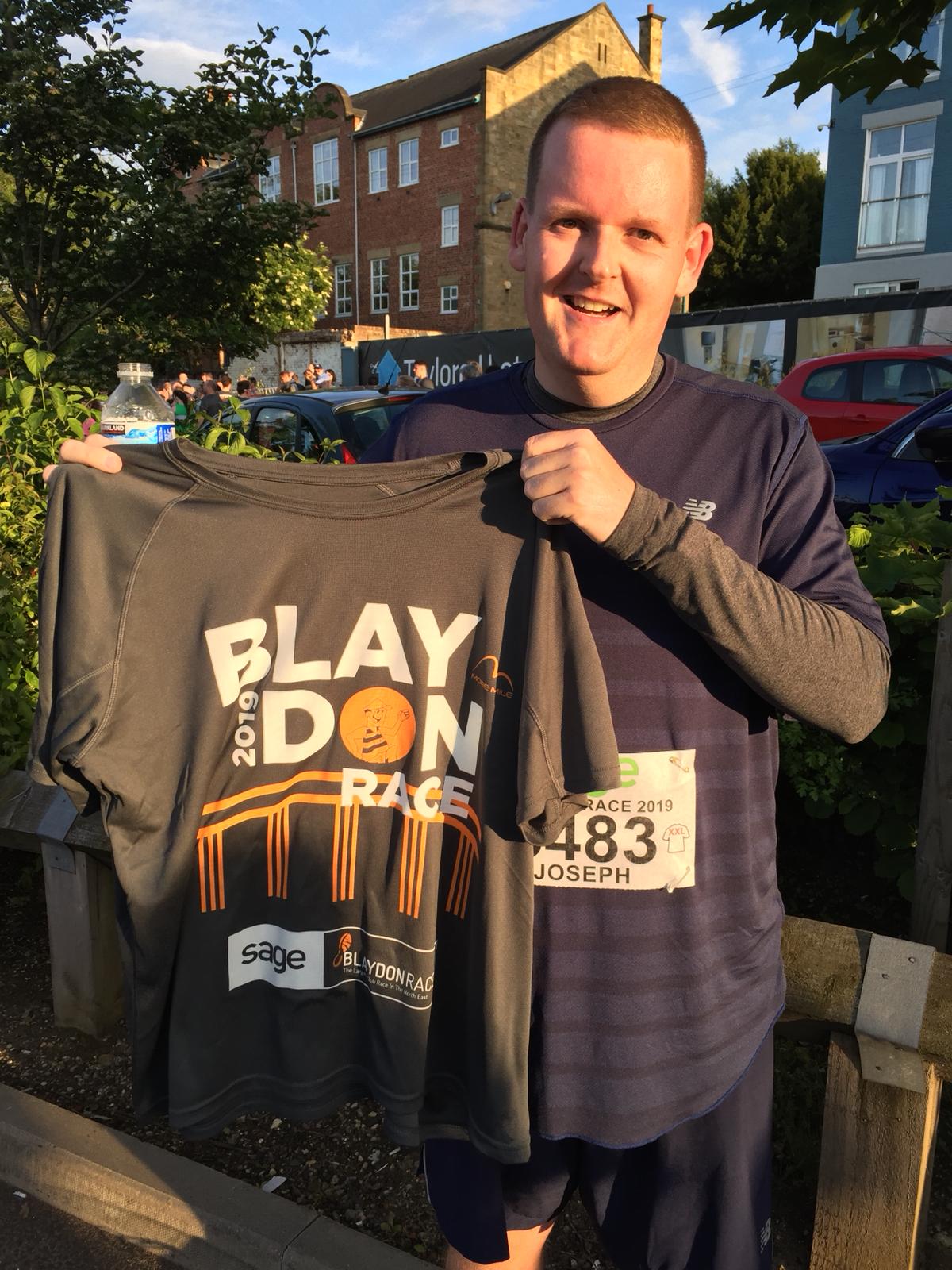 What differences have losing this weight made in your life?

Losing the weight and improving my fitness has had a colossal impact on my life.  I’ve achieved multiple goals – I’ve played on the hallowed turf of St James Park, I’ve run (well, jogged) the world-famous Blaydon Races, I’ve bought normal sized clothes from normal shops and I can slip through the turnstiles at the football with finesse now!

Due to the weight loss, some people haven’t recognised me and my parents’ neighbours thought they had a rarely seen third son(!). There have been challenges with injuries and health issues but I’ve remained positive and with the support of those around me have continued along the journey.

I’ve had so many positive comments from people that have encouraged me and I’ve used this to fuel my passion along the way so a big shout out to everyone who has supported me along the way. 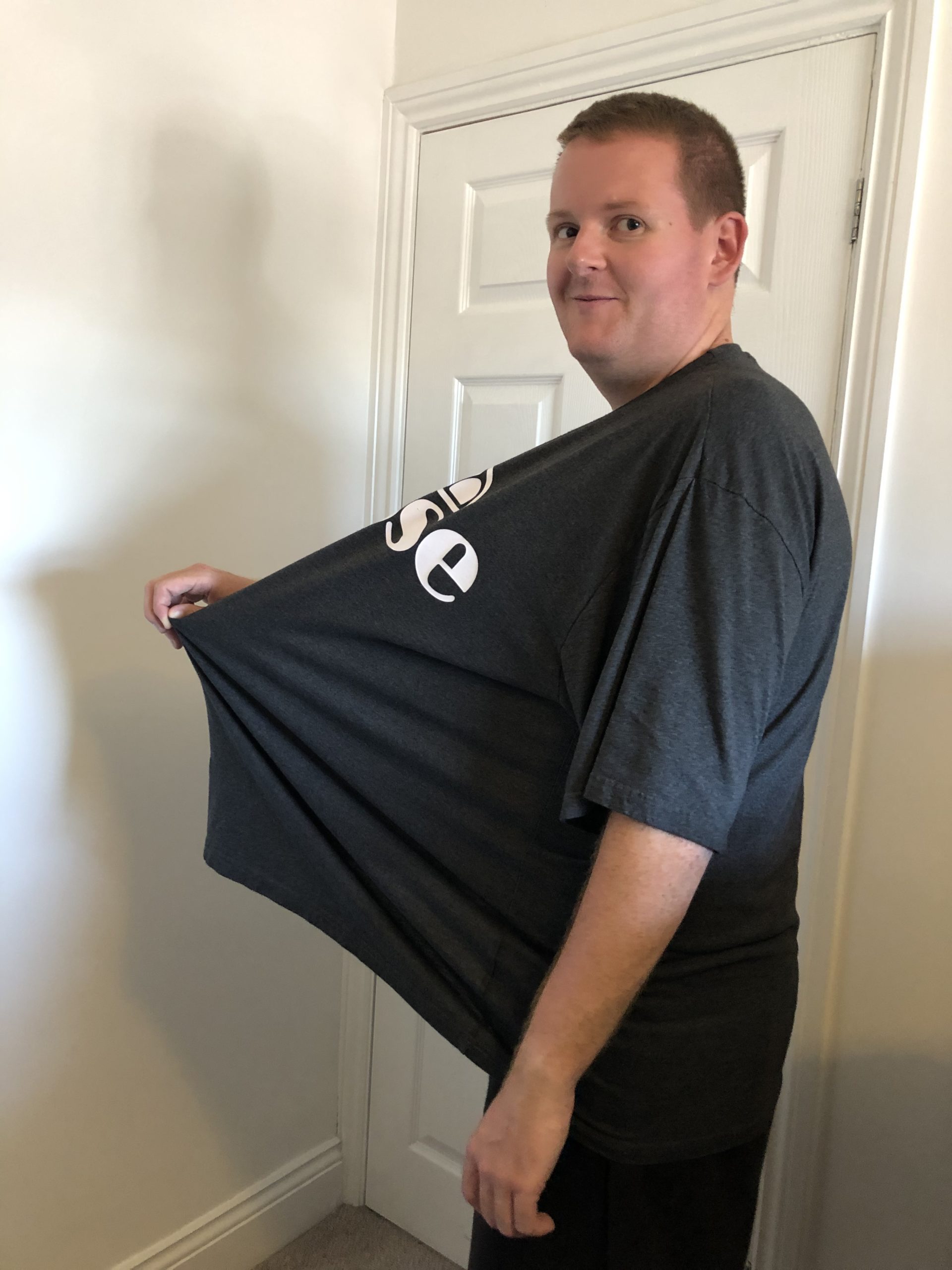 What would you say to other men thinking about joining MAN v FAT Football?

I would say sign up to MAN v FAT Football straight away – you have nothing to lose.  It’s £25 a month which could be easily spent elsewhere but it will help you to change your life.

It’s not as scary as you think and if I can lose weight anyone can! I’d also add that the MAN v FAT book was a great starting point and it got me to think about my habits in a structured way.

Above all else losing weight is about a calorie deficit – people who do the ‘cabbage soup diet’ don’t lose weight because they’re eating cabbage, they lose weight because their body is using more calories than they’re consuming. So for me tracking food and creating a bank of ‘go-to’ meals and snacks was crucial – with my sweet tooth I’m thinking Tunnock’s teacakes (100 calories), 90 calorie brownie bars and tonnes of strawberries!

When you start I would look to: