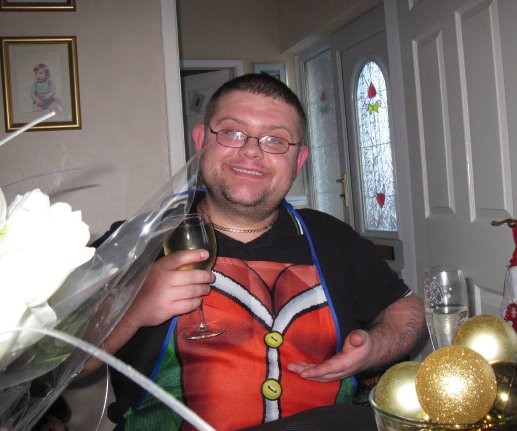 Eric, the less said about that dodgy apron picture, the better, so let’s start with what started you off on this weight loss transformation.

The weight was just something that happened over time. As a lot of people will agree its something you’re aware of happening but you never really believe it until one day you wake up and…holy shit! I had ill health and this gave me the kick in the face I need to wake up and realise what was going on in my life and to stop watching it disappear past my eyes and to take control.

Was the health issue related to your weight?

I had a surgery to remove a massive kidney stone which had been giving me ill-health for a good couple of years. I mean I couldn’t walk for 30 minutes without being ill. Medication which left me like a zombie (Morphine and Tramadol). It was a terrible place to be.

After the surgery I was taken to a ward to recover and upon waking I was visited by a nurse who spoke with me and left me the buzzer to call if I needed anything. God bless her because she had no sooner left the room and I felt ill. Sweating, heart racing – just awful. I pressed that buzzer and within seconds I was in a very bad way. 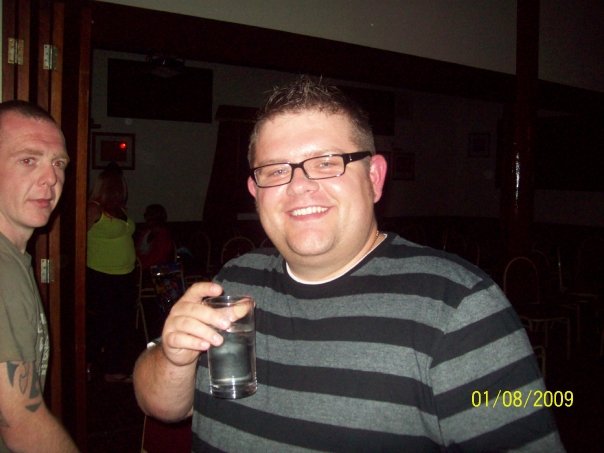 Luckily, the nurses and doctors were there in a flash. My heart rate peaked at 225 BPM and I remember looking out of the window when all this chaos was going on around me, nurses and doctors desperately trying to reduce my heart rate and it was a lovely sunny day and I just thought, “This is it, there’s nothing I can do…I’m going to die..here…NOW!”

Somehow I just relaxed and I think I prepared to never see my wife or kids again. Over the next few minutes the doctors pumped me full of meds and had me on heart monitors with a crash cart on standby and slowly my heart rate reduced to around 170 BPM, which they said was way too high but from where I had been it meant I was stable.

That second, lying in that bed surrounded by medical staff I vowed I would NEVER be in such bad shape again and when my time came I would be in the best condition to do everything I could to fight it all the way. 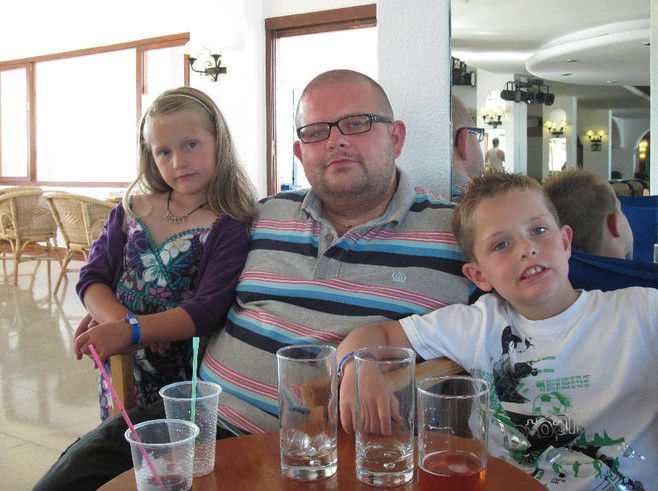 Wow. That’s incredible. You must have been terrified. Had the weight impacted on your life in other ways?

The obvious ones are the lack of ability to exercise, due to no motivation. I was constantly sweating, even when it wasn’t that warm. When you’re that big you don’t want to go out, or be around people. You’re always negative and have such a bleak outlook on life. Anyone who says I’m fat and happy is talking utter shit. Being obese is a horrible, lonely place to be, end of. 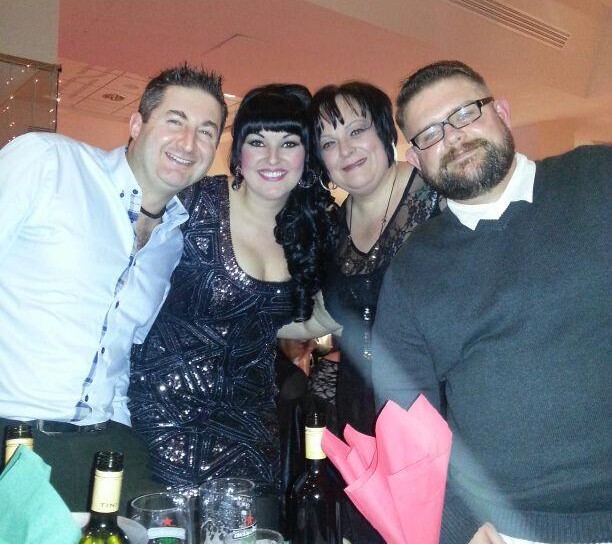 So you had this incredible kick in the face as you describe it – what was the next step?

I got off my arse and went to a local martial arts gym that UFC Veteran Ian ” The Machine” Freeman owns with his wife Angie Freeman, called Machine MMA. He runs kickboxing and jiu-jitsu classes as well as fitness and strength and conditioning. I felt an idiot that first time going through the doors. Overweight, unfit and all the lads looked like they had been doing it for years. I was like a fish out of water.

Every single person in that gym made me feel welcome though. Not one of them disrespected me, in fact a lot of them commented on how impressed they were I had actually walked in. I attended every class in the beginning, even though it killed me and I could barely walk some days. I had such a burning determination though. Ian gave me loads of encouragement and commented on how I was training harder than some of the fighters. The weight just started to drop off.

That clearly took care of your exercise but give us an idea of how your diet changed.

It was nothing special really, I just cut back on sugars, biscuits and all the things that are bad for you. I increased my veggie intake and ate as clean as possible. Lots of fish, chicken, small amount of carbs, nuts and lots of water. LOTS of water. I try to stay as clean as possible and hardly ever have takeaway anymore and when I do it’s a chicken kebab with salad, so full of protein. 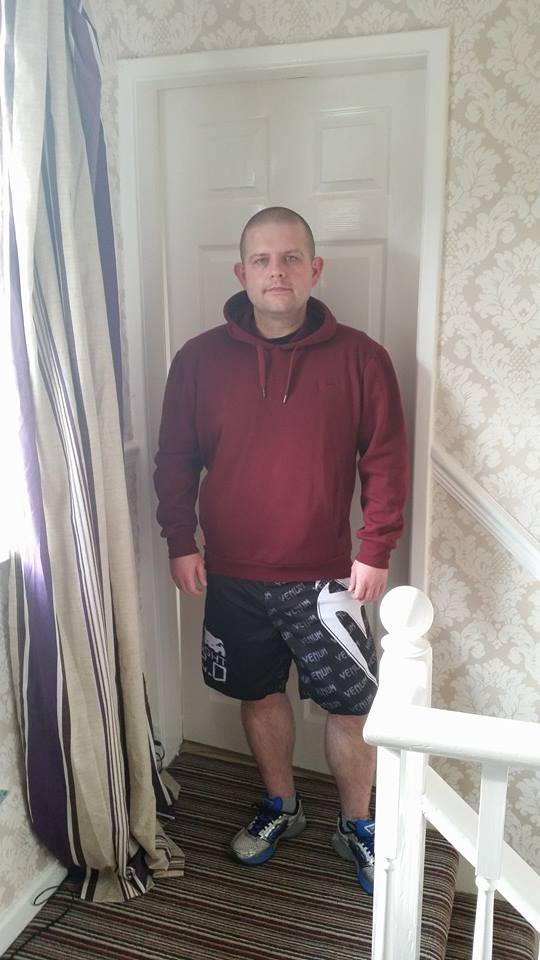 How have you progressed at the gym?

The journey so far has been amazing. The guys at the gym are really making this something special. Ian and the boys have become like family. We push each other and are always there to help each other out. Without their support I doubt I’d of come so far so quickly. They say I inspire them too, so it’s lovely.

I’ve just taken my first gradings in kickboxing and jiu-jitsu and passed. That was a very emotional and proud day. Five months after almost passing away and I’m receiving my red belts in both arts. I almost burst into tears when I received my jiu-jitsu red belt as I have struggled in jiu-jitsu being a big guy, but I’ve dug deep and with the help of Ian and the lads I’ve come through the other side and now I love it. I can’t imagine life without jiu-jitsu now, you can see my first ever fight in the video above. It’s amazing and it gives you an outlet from stress as well as teaching you so much about yourself. 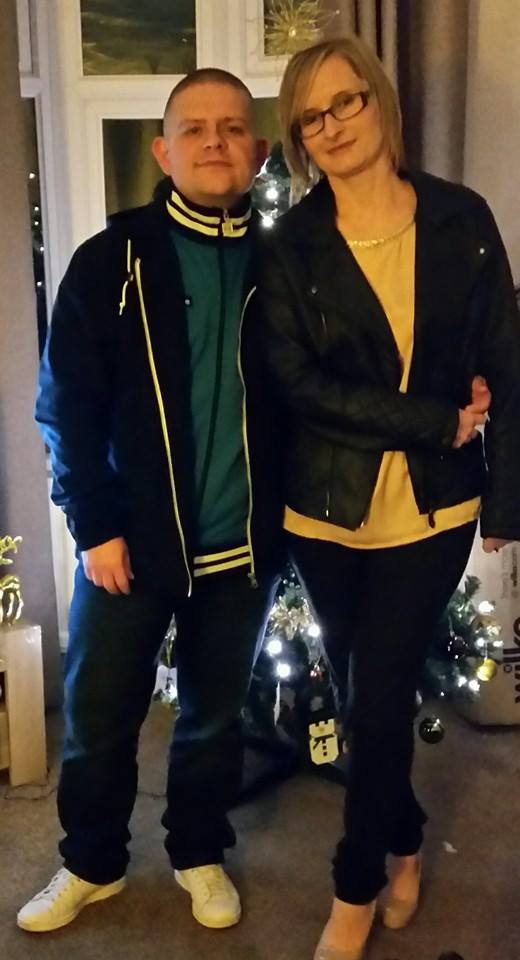 First off I don’t think I’ve ever been happier, personally. Everything seems so much easier and I have a lot more energy too. Family life has improved as I’m a lot more relaxed and comfortable with myself.

My training is improving all the time as I lose weight and I’m just about to take part in an exhibition fight next weekend (22nd March). Ian asked if I’d like to take part and I jumped at the chance. What’s the point in training if you’re not going to test yourself once in a while? It’s also me saying thanks and trying to repay Ian for the help he’s given me on my journey so far.

One amazing thing that has improved is the amount of truly great friends I’ve made through the gym. Friends I know I’ll have for life. Friends actually they are more like my extended family. 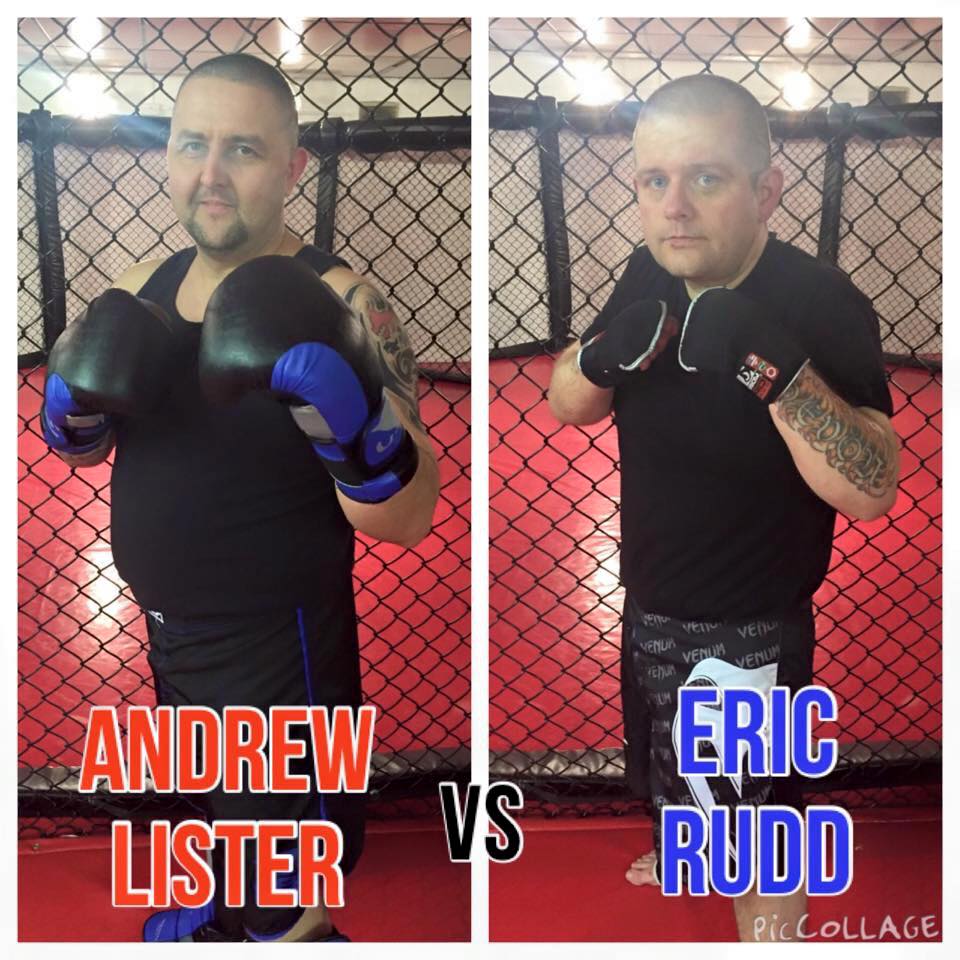 How did your family react to your weight loss?

Without my wife and kids I’m nothing and I’m doing this to ensure we have a lot more years together than previously we would of had. Something really hit home one night when we were having a gym night out at a local bowling alley. Ian was asking my daughter if she was proud of me and after she replied he told her that because I was losing weight and getting healthy I would have at least another 5 – 10 years to spend with her. Well, I was no good…I could of exploded in tears as I had never thought of it like that. Time is the most precious thing and we take it so much for granted. It also made me realise how selfish I had been all these years.

My family have never complained when I spend hours every week in the gym because they know how important this is to me, plus the time we DO spend together is so much better now.

What was the biggest surprise you’ve had while you’ve been losing weight?

That it’s easier than you think. Before this time, I had lost a half stone here and a stone there but not really with any conviction. Once you change your mindset properly, not just “Oh, I think I’ll lose a few pounds…” but really commit then weight loss is a lot easier than you think. All these people who put up excuses about their ability to get fit and healthy…it’s all crap. If you WANT it, you MAKE it happen. I was a big fat guy starting martial arts. I couldn’t do a sit-up or a push-up and now five month later I’m facing a fight in a cage. Why? Because I had no excuses, just determination or face an early grave.

What do you wish you’d known when you were in the hospital? What message would you have passed on to yourself?

I’d tell him the story of how he was the luckiest man on earth and didn’t even realise it. I’d tell him what a selfish S.O.B he was and I’d kick his ass! I’d make sure that he fully understood just how precious life is and how much he means to his family. I’d say that he owes himself and his family a better life and that the fact he tried to convince himself he was having a good time and loads of fun was utter BULLSHIT.

An incredible story – huge respect to Eric for sharing his story and best of luck when you face off against Lister! If you’re an Amazing Loser, or you know of one, then get in touch. Don’t forget if you want to speak to Eric about anything to do with his story then give him a shout over on Talk.