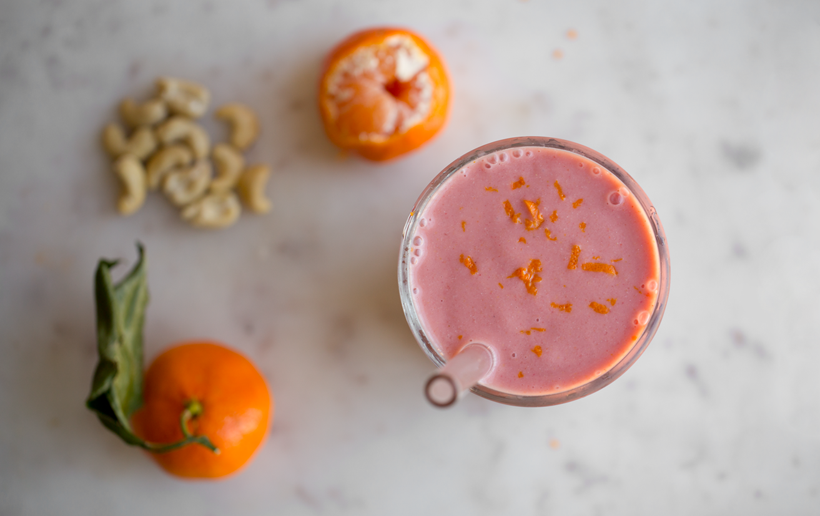 If like us you’re recovering from festive indulgence and feel like you never want to see another mince pie for as long as you live, your body is probably crying out for some goodness. When it comes to weight loss, smoothies are a good shout as an easy way to get some much-needed fruit and veg into you without much effort – and as long as you remember to go easy on the added extras (like milk, yogurt or fruit juice), they’re not going to make too much of a dent in your calorie budget either.

We’re really not fans of the ‘detox’ diet trend and would never suggest that you needed to detox (see here for a good article about why detoxing your body is a myth) but when your trousers are tight and you’re recovering from festive excess it can’t hurt to get some vitamins in, even if it’s just to make you feel saintly and smug. Here are 7 recipes for smoothies we like.

7 of our favourite smoothies for weight loss 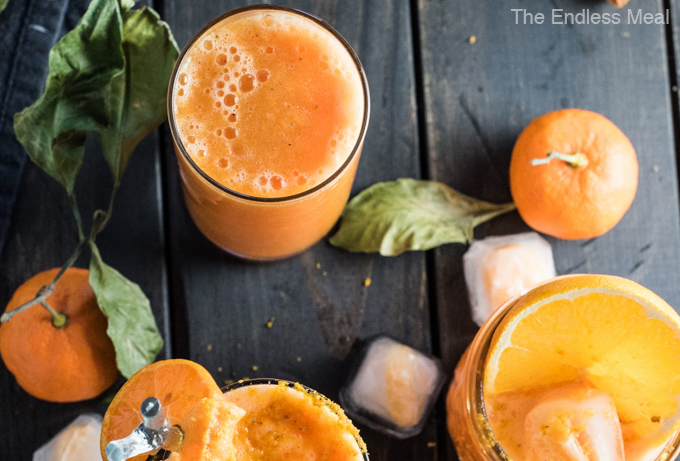 Turmeric is having a bit of a moment and if you head to Starbucks you might find someone sipping on a very trendy ‘golden latte’ – aka a latte with turmeric added. It’s just the run of the mill stuff you’ve probably bought in Sainsbury’s to add a bit of colour to curries, but it’s so popular at the moment because of what people believe to be anti-inflammatory and ‘healing’ properties. Luckily for us, it also tastes quite nice when paired with ginger, as in this warming smoothie.

Get the recipe at The Endless Meal 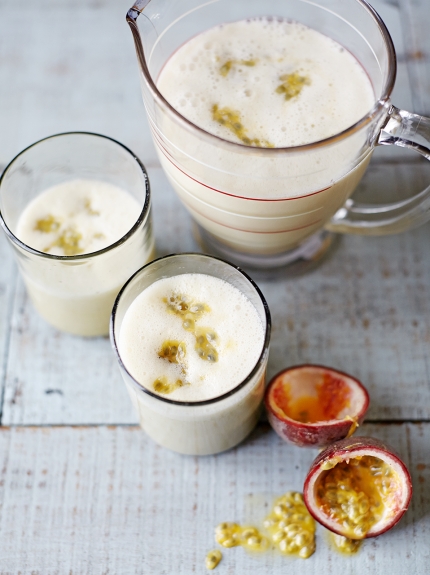 Passionfruit is a seriously underrated fruit – it’s tangy, juicy and a little bit fizzy, making it perfect to pep up a rather basic banana smoothie. If you’re one of those people who don’t really like fruit, try passionfruit and see if that gets you moving towards hitting your 5 a day.

Get the recipe from Jamie Oliver here 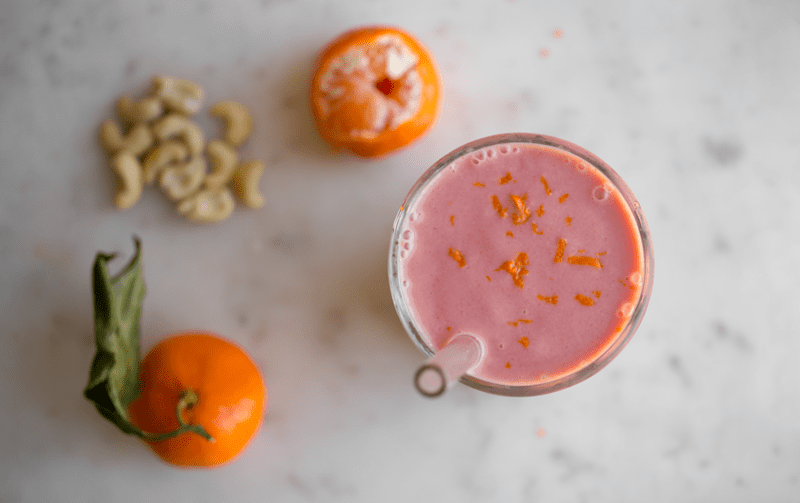 Got any satsumas lying around after Christmas? We bought a bag of them and we SWEAR we had good intentions, but when you’re faced with a choice of your millionth Celebration of the week or an orange, what did you choose – a Milky Way or a Snickers? Rescue them before they’re destined to go in the shameful post-Christmas food waste bag full of neglected parsnips and that last bit of turkey you forgot was in the fridge by adding them to smoothies.

Get the recipe at Healthy Happy Life 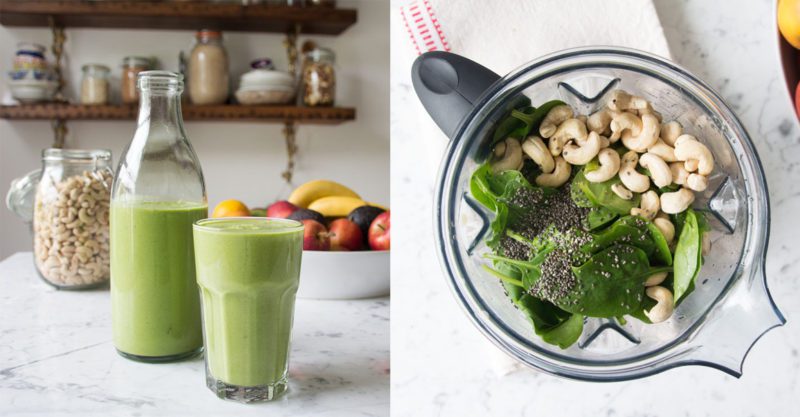 If you’re bored of this miserable winter weather, make this mango, cashew and coconut smoothie to instantly transport you* to sunnier climes. The addition of cashews sounds a bit odd but it gives it a protein boost and thickens it up to more of a milkshake-like consistency, which makes it much more filling.

*if you close your eyes and concentrate really hard

Get the recipe from Deliciously Ella here 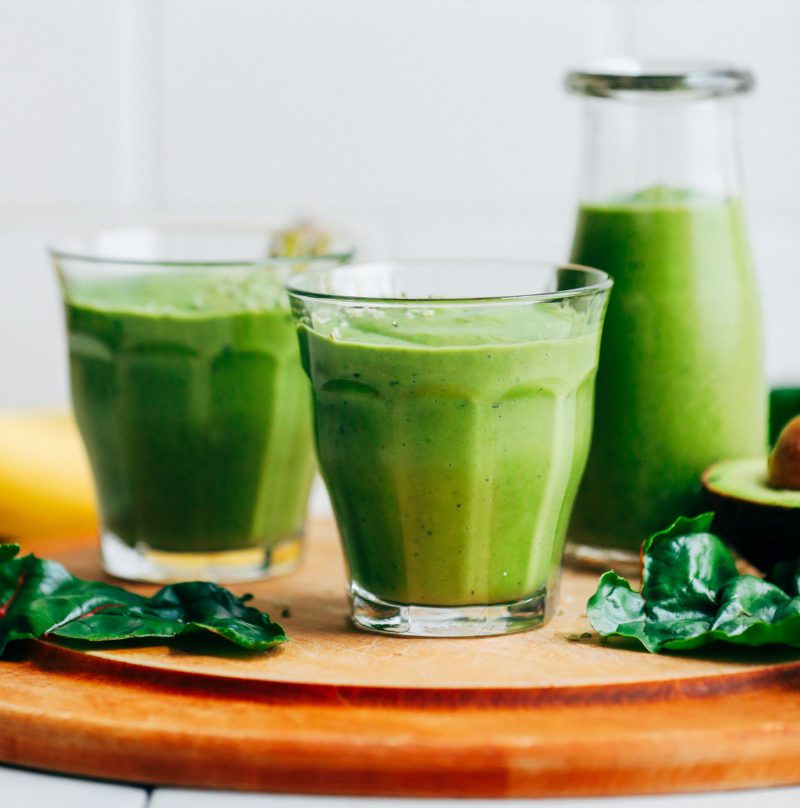 This will make you feel very virtuous indeed – just look at how green it is! There’s all sorts of goodness in this smoothie – banana, kale, spinach and avocado plus protein powder to make it a proper breakfast that won’t leave you dipping into the office biscuit tin at 10am.

Get the recipe over at Minimalist Baker 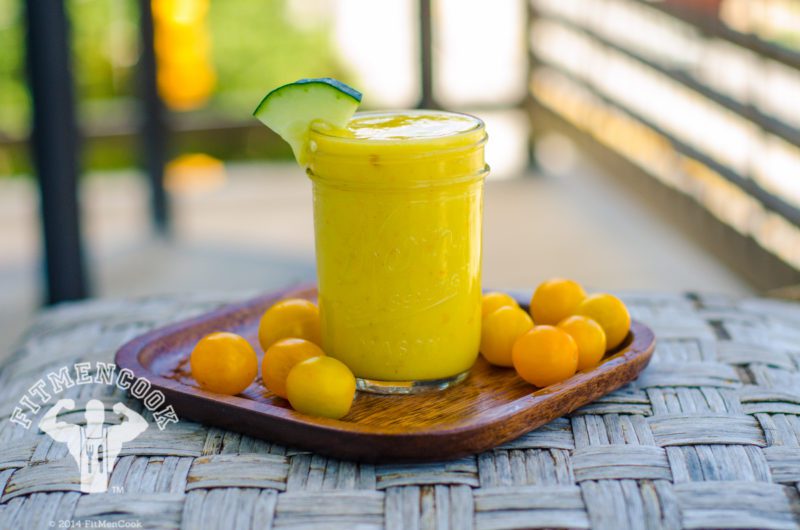 You know something is going to be good when it’s named after a Street Fighter character’s signature move. This smoothie features a bit of an unusual ingredient that you probably wouldn’t think of adding to your blender at breakfast – the humble cherry tomato.

Get the recipe at Fit Men Cook 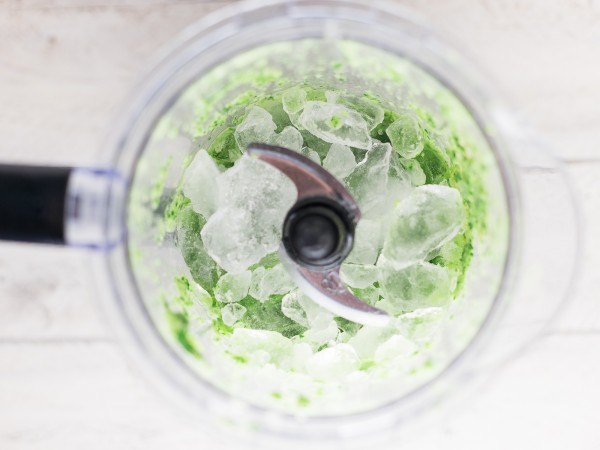 If you’re going to be having a smoothie for breakfast, you’ll want it to fill you up and you can’t go wrong with this one, which is packed with a whopping 40g of protein. This makes it ideal for workouts too and is a quick and easy way of filling up without having to scramble eggs, grill chicken or choke down a protein shake.

Get the recipe from Dad With A Pan

What do you think – are you a fan of the smoothie or are you not keen on drinking calories? Let us know what your favourite smoothie recipes are over on the forum!