The recent buzz around MAN v FAT football (what is MAN v FAT Football?) has got us thinking about what our dream team might look like – the footballing legends of our youth who, in spite of having succumbed to the dreaded middle aged spread, could still show the kids a thing or two about good form.

MAN v FAT Football plays six-a-side, so our team here includes four rolling subs, giving us ten players in total. We asked the guys over at the forum to put their heads together and pick their man for each position and this is what we came up with.

Don’t forget if you want to play MAN v FAT Football and kick fat into touch then join up now!

The former Everton goalie is Wales’ most capped player. I know this because he gave an assembly at my school. That’s just how things go down in Wales, it’s a pretty small country. These days he’s taking up a bit more room between the sticks, but that’s surely no bad thing?

As Admin would have it,  “A tough player in his time, now, well, softer all over.” Sadly, this picture proves this.

As the Bard once quoth:
“You’ve got to hold and give,
But do it at the right time.
You can be slow or fast
But you must get to the line”

We’d wager the England hero isn’t as fast as he used to be, but we wouldn’t bet against him getting to that line.

It’s all relative, isn’t it – right now I’d be pretty happy to be in this kind of shape, but for the once extremely thin Brazilian (fnarr) he is looking as if there’s more junk in the trunk. Still, if he gets bored of retirement, we’d snap him up in a heartbeat.

We may all live in a Robbie Fowler house, but do we all eat at the same table? One for French philosopher Eric Cantona to puzzle over. Criticised for his fitness at various points in his career, the man Liverpool fans named God is nonetheless one of the highest goal scorers in Premier League history.

Bit of a cheat you may think, as the artist formerly known as Andy Cole has gained weight due to kidney problems, but there’s nobody we’d rather see in this position than this formidable, legendary striker.

Unlike some of the other players on the dream team, former Sheffield Wednesday keeper Kev was deemed overweight throughout his career, proving that peak condition for professional play isn’t confined to the narrow preconceptions of physicality that might spring to mind when we think of athletes. Not that this is how the fans expressed the sentiment from the stands.

Sometimes called Sumo, though we prefer to think of him as Bob Carolges *spit* (ask your dad to explain this reference) Quinn never let the taunts of the crowd put him off – indeed, as one of the chants had it, “He’s fat, he’s round, he scores at every ground”. Soon to be played by Ian McShane in the upcoming sequel to Escape To Victory*, the legendary ball handler is currently in better shape than he has been, an inspiration to any former pro refusing to let himself go.

“Which Ronaldo?”, as the question is often asked. “The fat one,” the answer often comes. Sad times.

Who have we missed out? Shout on the forum about it. Then sign up to MAN v FAT Football now!

*This movie currently exists only in my imagination, until Sylvester Stallone reads this and then we’ll get the ball rolling. 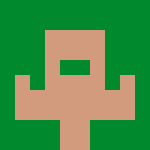