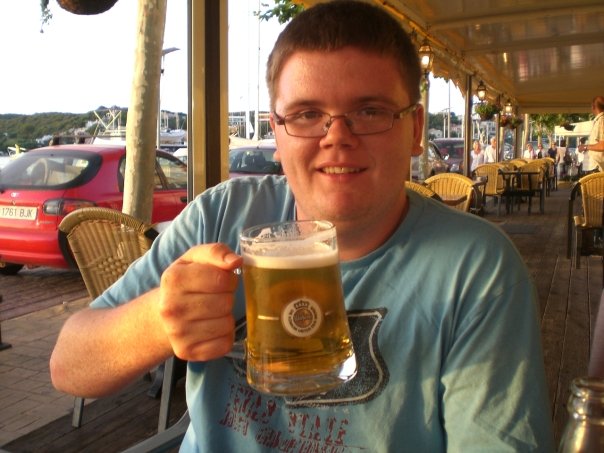 Rich, you’re a great example of just how completely anyone can turn their lives around – you were 20 stone at 19 and now you’re representing Great Britain – does it seem weird?

I was speaking to a friend the other night and they were asking how it was going, and I told them I was loving all the training I’ve been doing. They turned around and said, ‘If you’d said that to me two years ago, I’d have just laughed.’ I’m as fit as I’ve ever been in my life, so it’s paying off for sure.

What’s your background with weight then – have you always been bigger?

As a kid I was always outside doing things and while I was big, I wasn’t really overweight! I started to pile on the pounds when I hit my teens though. Through a combination of getting into PC Games and bullying. At school I was the fat, quiet kid with a girl’s name for a surname. The bullying was never anything violent, just people calling me names and making jokes about my weight. My family aren’t exactly overweight but they’re big. None of them are really sporty; they try to be healthy but it’s not really the same as what I’m doing now.

Amazingly, your lifestyle change really started at university, which is unusual as most students tend to be more concerned about the cheap beer.

Before uni I worked in a supermarket and my life used to be to go to work, come home, sit around and play computer games, eat, and occasionally go out and drink and see some people. It was very boring, not very active at all. Then I got a place at Cardiff Metropolitan Uni and one day I just decided I was sick of being how I was. I look back now and I still don’t really know why. I was just miserable and I wanted to get out and do something. 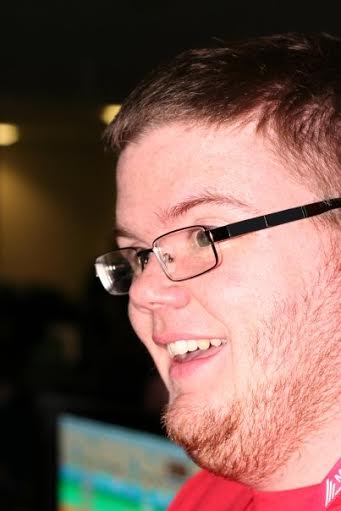 I began eating more healthily and joined a local gym which was a little bit daunting. I avoided the running machine like the plague, because I just couldn’t run. I would use the bike, the cross-trainers, the stepping machines – anything to get me moving. By the end of uni I was training for two hours a day, five days a week. It was difficult to get the motivation to go some days, but I would go and feel so much better for it.

Was there a particular lightbulb moment or was it just a growing, gradual feeling that you wanted to change?

The worst point was when I would sit down on a chair and eat dinner and felt out of breath. That wasn’t the catalyst that made me change my life though, but it was definitely the low point!

How had you changed your eating?

Initially, I started changing my diet towards a healthier, more balanced one, at the same time as taking small steps to change my lifestyle. Such as walking to places instead of the bus and using the stairs. The weight quickly fell off me and I could see the changes taking place and wanted more! I quite rapidly got down to 16 stone where I unfortunately hit my first plateau.

By this point I was hooked though, and decided to sign up for the Bristol Half Marathon to raise some money for Help For Heroes. Despite spending so much time in the gym, my running ability was awful! On my first road run I got 400m before I was that out of breath I had to walk. Now I can quite comfortably go for 18 miles on a Sunday morning. It’s amazing how quickly things change!

After the Half Marathon I wanted another goal, which I decided would be the 2011 London Triathlon. And well, as they say the rest is history…

How did your eating habits change over the course of your journey?

Before I lost weight I’d skip breakfast and then I’d eat crisps, chocolate and sweets through the day. Lunch was a large cheese sandwich. I’d have takeaways for dinner and finish off the day with several pints of cider and then cheese and biscuits. These days I have Weetabix for breakfast, I tend to avoid snacks or have something like a small fruit bar. Dinner is food that I cook myself with real ingredients.

You mentioned a couple of plateaus what’s your advice for how you cope with those?

I did plateau at 16 stone and again at 14 stone. There’s not much for it, you just need the sheer will power and bloody mindedness to stick with it! 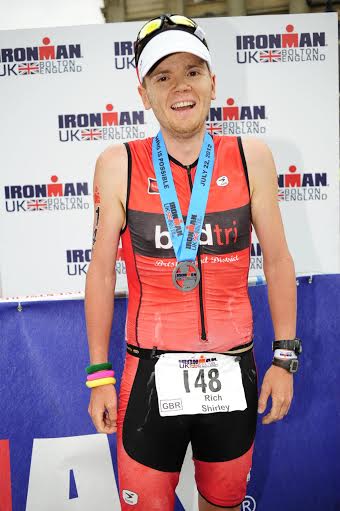 The single biggest thing for me was finding Triathlon and subsequently Duathlon. I now represent Great Britain at an Age Group level at Long Distance Duathlon and have competed at the World and European Championships. I’ve also completed an Ironman. Three things I thought I’d never ever do if you asked me 10 years ago. But they are without doubt some of the best experiences of my life so far!

It’s great to see that where you’ve needed to you’ve gone out and recruited coaches to help you, which is something we emphasise with other men who want to lose weight, or progress in activity -who have you worked with?

Over the last three years I have had several triathlon and duathlon coaches. They have helped immensely in getting my levels of fitness to where I want them to be to compete at an International level. For the past two years I have been working with John Wood of Tri-Coaching in Bristol who has helped me race at the World Championships where I Placed 6th in my age group and the European Championships where I placed 8th.

Do you ever feel tempted to go back to the way you were?

I’m partial to a bit of cake and I do treat myself, especially when I’m cycling, but my mindset is completely different from when I was bigger. It has surprised me how once you’ve lost the weight, you do everything in your power to keep it from piling back on. When I say my lifestyle has completely changed, it genuinely has! I probably eat as much as ever, but it’s all the “right stuff” as I need to stay properly fuelled to train 10-12 hours per week.

For me I wish I’d lost the weight sooner, it was the best thing I’ve ever have done! I’ve found the sports for me, met loads of new amazing people through it and it’s now that much of a part of my life I’ll most likely be doing it for the rest of my life – when I take holidays these days it’s around competing and training! It’s very much a part of me now and I feel like a better person because of it. 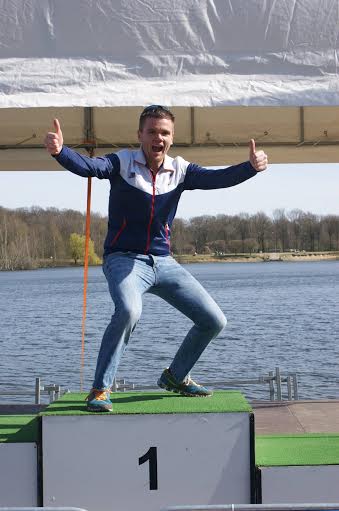 What would you say to help readers who want to lose weight?

I don’t think I’d say anything. If you’ve not got the drive or determination to get up and do something about it. Why force people to? They’re only going to resent you for it… it has to be a personal decision. At the end of the day you can blame other people, the government, or food companies for you becoming obese all you like. But ultimately it’s your life, and you’re the only one in control of it.

Massive congratulations to Rich (follow him on Twitter here) on his triathlon weight loss and we’re proud to have you on the site. If you want to ask Rich anything then head on over to Talk and if you’re an Amazing Loser, or you know of one, then get in touch like Rich did and share your story and inspire the rest of us!