The Day The Diet Died

Welcome to the day the diet died. According to a survey of 2,000 women, January 22nd * is the most common day that our diets are binned. A whopping 83% of women say that three weeks is the average length of time they manage to stick to a diet. Other interesting results from the survey include the fact that the typical woman goes on three diets a year, losing 7lbs each time – a deficit that we assume is undone inbetween diets (unless all women are secretly losing 21lb a year?) and that the biggest diet killers are the unholy triumvirate of chocolate, alcohol and fizzy drinks.

So what precious health insights can we glean from SodaStream’s survey; who you have to imagine weren’t overly chuffed to see fizzy drinks pop up in the list of diet killers. Well, I have drawn two main conclusions. First off is the conclusion that I’m going to need a new axe to grind soon, as I’ve almost whittled my way through this one: why on earth would they only survey women? Do men not diet? Do they not care what normal blokes think about losing weight? SodaStream might like to know that the latest statistics from the MAN v FAT Big Fat Survey show that 78% of our readers were either planning to diet or were already dieting. A Mintel report from 2013 showed that 44% of men were dieting that year, up from 23% in 2003. Men dieting is a *thing* now, deal with it. 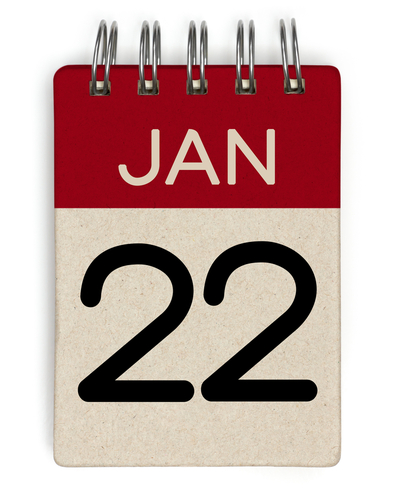 The second insight is that three is the magic number – female dieters are doing three separate diets a year for an average length of three weeks. The revelation that this brings is that we are getting diets all wrong. We all know that we’re getting it wrong and yet it seems impossible to break the trend. A short term (and usually extreme) dietary change for a limited period is absolute nonsense when it comes to a weight loss that you can sustain. Pure nonsense. In fact, there is plenty of evidence to suggest that this hokey-cokey approach to diets (“You put your whole body on a diet, your whole body off it, on, off, on, off, then you drink a load of wine”) is more damaging to your health than just staying consistently fat.

Let’s examine why it’s so dumb. Let’s say that over the three weeks that you stick to this new diet, you somehow manage to cut your calories by 1,000 per day, and given that a woman’s calorie allowance is typically around 2,000 calories that’s really not advisable. Over three weeks you’ve cut 21,000 calories, roughly enough to equate to 6lbs of fat if we take it as read that 3,500 calories equals a pound of fat. Bravo! You’ve scared off the Ghost of Christmas Fat and exorcised the Quality Street demons. But the thing is that halving your daily calorie intake is a massive, monstrous step to take. By week three you’re almost certainly tired, irritable, fed up and feeling like that all it would take is one bad day to see you reaching for some comfort food.

Then slowly (because you don’t jettison the new regime entirely) the weight creeps back on, until the next diet attempt rolls around in time for a birthday, big event or a holiday. As a smart, handsome and succesful MAN v FAT readear it’s possible you can see what the problem with this scenario is. It’s unsustainable. So what is the alternative? Well, this year how about using our magic number three and instead of yo-yoing, you pick three miniscule changes that you can keep going for your entire life.

For example, if you drink fizzy drinks, could you drop one can a day, for a saving of around 140 calories? Or could you walk for 10 minutes a day, which for a 155 lb person would burn roughly 65 calories a day? And how about switching from normal crisps to the light version (saving roughly 70 calories per day). Guess what? With those three tiny, sustainable changes you’ve just taken 100,375 calories off per year. Sticking with our 3,500 calories per pound of fat maths that makes you just over 28 lbs lighter by the end of the year.

So as we get ready to bury yet another diet on this January 22nd let’s make a vow to make this one count and resolve never again to aim for a massive dietary change. Instead let’s focus on picking small changes which will last a whole year and free us from the sadness of attending another diet funeral next January.

How is your diet going? Are you starting to feel like you might not stick to it or is it going swimmingly?