Nothing makes us prouder than seeing just how well strangers can come together to perform so well together in a team, something epitomised by a group of lads from the Arden league. They joined MAN v FAT Football not knowing anybody else and have set the (MAN v FAT) world alight in such a small time. Whilst going on an unstoppable twelve wins out of twelve winning streak in the league – something Mr. Guardiola of Manchester City would be proud of – the chaps in Monster Munchen Gladbach (MMG), captained by Spencer Kearney, have also wanted to go the extra mile and do whatever they can for charity too, by deciding at the beginning of the season that they’d like to raise as much money as they could for a worthy cause.

They all openly shared diet plans and food diaries, set one another challenges and provide round the clock support to ensure they got the best out of each other – and having clocked up a whopping 15,000 WhatsApp messages (I hope their notifications were switched off) the hard work clearly paid off.

Twelve weeks down and the team have lost a combined 130kg of weight and raised over £300 for their chosen charity, Prostate Cancer Research.

The mentality of the squad is summed up perfectly by Spencer, who said: “As captain, I couldn’t have asked for a better group of guys to work alongside. And personally, I needed something like MVF to help me find the motivation to lose the weight that had caused health issues in the past. To have a team like this, who support and encourage me all the way really makes a difference.”

Their hard work and dedication hasn’t gone unnoticed by league coach Ben Griffiths, who had this to say about MMG; “From a coach’s perspective, MMG have shown quite simply what a strong support network can offer you. 11 lads who were strangers at the start have formed friendships, discovered inner strengths and have utilised both to their fullest advantage to aid their unrivalled weight loss and on pitch performances”

Monster Munchen Gladbach are a symbol of many MAN v FAT teams up and down the country, showing just how easy it is to collectively reap the rewards as a squad by sticking by one another and offering such amazing unconditional support.

We all have bad habits which others may pull a face at; leaving your dirty washing on the floor, splashing over the toilet seat or ‘man spreading’ whilst traveling on public transport, but does this latest revelation cross the line of disgustingness, or is it something we all do and just keep quiet about?

According to a recent survey conducted by online personal trainer site Nuyoo, our post-workout personal hygiene is actually quite alarming. Out of those sampled, a whopping 73% said they don’t shower straight after they’ve exercised, with a further 43% waiting “several hours” before stripping off their sweaty gym gear. Why? Simply because they felt they didn’t have to as it wasn’t seen as a necessity.

It is understandable that with the trials, tribulations and stresses of everyday life it may be difficult to find the time to fit in a gym session, but are we really that unhygienic? What’s more an alarming 31% will consciously exercise in the same clothes for at least 3-4 days before changing.

Is it any wonder that the equipment we use at the gym can harbour more germs than a toilet seat?! The dirtiest culprits being free weights, exercise bikes and treadmills – the later showing results which contained 74 times more germs than a public tap.

Are these results alarming to you? Will they make you think twice about the way you exercise?  We want to know your thoughts in the comment section below. 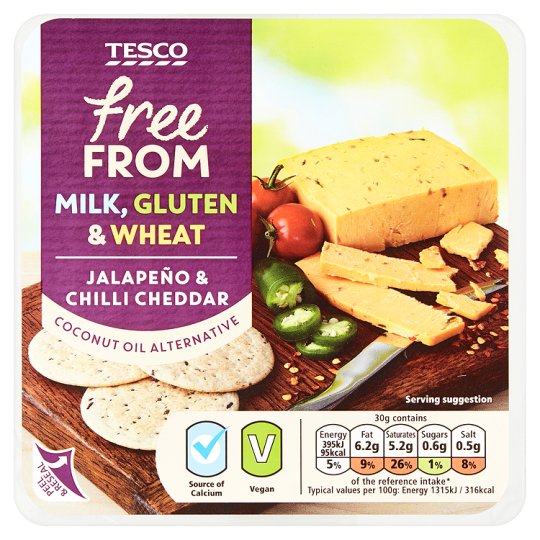 As we trickle into December and ever closer to the big day – that being Christmas, not the MAN v FAT Football St. George’s Park tournament (but that’s just equally as important) – it’s moving towards the dreaded time for anybody who is on a diet – a week and a half of relentlessly stuffing your face with as much food as possible.

In an attempt to appeal to the ever-growing vegan and vegetarian market, Tesco have released an all-new range of cheese, completely free from dairy. Whether you’re a veggie or not this is great news, especially for people looking to keep an eye on their waistline over the holidays.

There are nine different styles of cheese in the new collection, with alternatives available in the style of parmesan, mature cheddar, mozzarella, red Leicester and if you’re feeling adventurous enough even jalapeno and chilli flavoured cheese.

This doesn’t now mean you can put cheese on every meal you eat throughout the holiday period, but it does mean you can enjoy one of the festive period’s tastiest treats. Available online or in Tesco stores.

“The void/pain of never feeling right was always present. I became a kind of recluse I guess, I avoided social events and found it hard to mask my anxiety. In the past 2/3 years I have worked significantly at improving my mental health and responding better to the initial signs. I feel that weight loss this time is part of this. Food will no longer be a release. I will no longer accept it.” – @seanbhoy commenting on the importance of being able to share worries relating to mental health – it’s okay to talk!