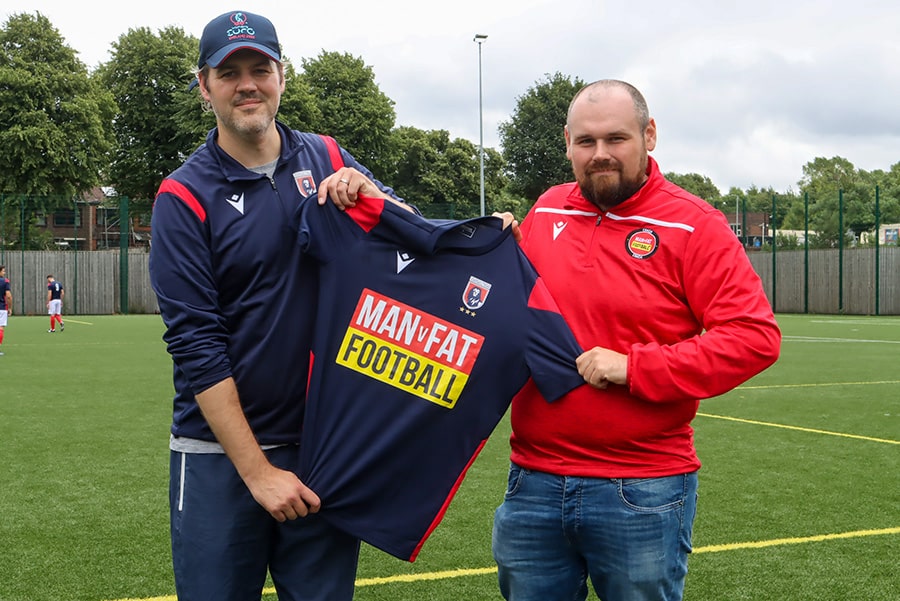 Whilst the Lionesses were triumphing in the Women’s Euros, a team of 25 doctors and other NHS professionals that form the Great Britain Medical Football Team have been taking part in a tournament against medical football teams from Ireland and Germany and a team of Great Britain Dentists.

Although, like the Lionesses, they emerged triumphant against Germany, also beating the British Dentists, they were defeated 2-0 by Ireland, the team’s first loss since the opening game of the 2019 World Championships, which they went on to win. The tournament, which took place at Manchester’s Armitage Centre Playing Fields, marked the first time the team has played competitive football in almost two and a half years, due to the Covid Pandemic.

The GB Medical Team, currently back-to-back world champions after winning in the Czech Republic in 2018 and Mexico in 2019, were being sponsored for the first time at the start of a new two-year relationship with MAN v FAT, an FA-affiliated weight loss football programme that has helped over 15,000 men across the UK tackle obesity to date. The total amount of weight lost by MAN v FAT players in the UK currently stands at more than 450,000 pounds. 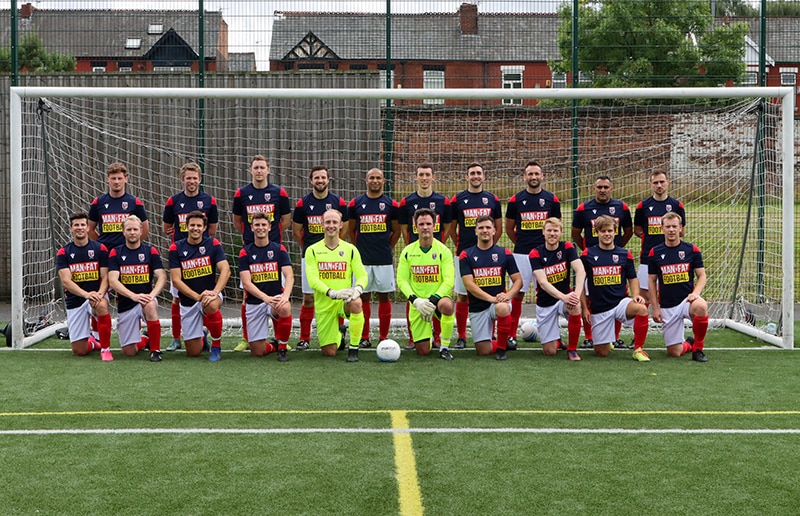 With MAN v FAT football, before matches, players are weighed, which is followed by a 30-minute game of six-a-side, with extra goal bonuses awarded to teams based on the amount of weight players have lost. Weight loss and match scores then contribute to teams’ league positions within a club. Players receive additional support including healthy meal recipe ideas and tips on general fitness.

“The vast majority of the Great Britain team play their club football in the British non-league between Step 4 and Step 7, combining the sport with busy full-time roles as medical professionals,” explains Daniel Collins, Coach of the GB Medical Team.

“Various medical specialisms are represented in the squad including general practice, surgery, anaesthesia, oncology, rheumatology, sports medicine and emergency medicine. It was a great tournament and the support of MAN v FAT Football enabled us to introduce the service to the team, so they feel better able to refer it onto their patients.” 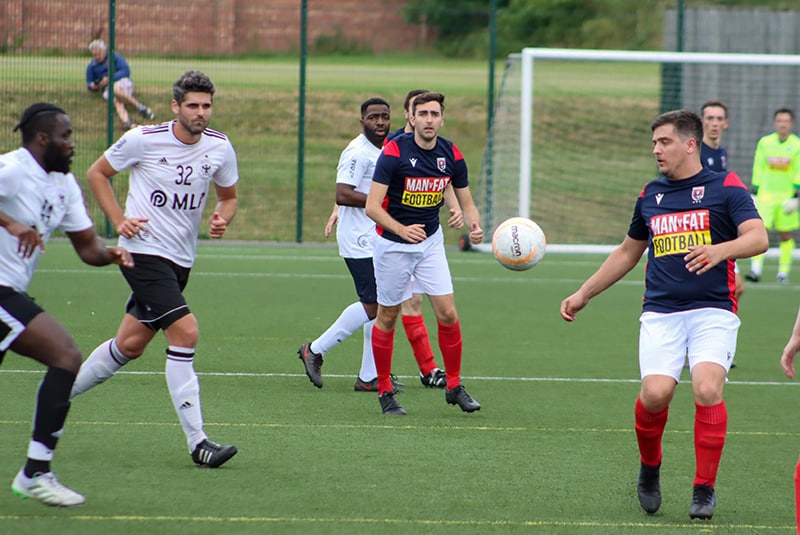 Richard Crick, Head of MAN v FAT, adds: “We were really excited to be involved in supporting the GB Medical Team. The GB Medical Team currently has to self-fund everything they do so we’re proud to be giving back to those NHS professionals. Obviously, doctors are crucial advocates in directing men who want to lose weight towards their local MAN v FAT football club. And given we currently have more than 8,000 players taking part in over 160 clubs across the UK, there are plenty of opportunities to get involved.”

The British Medical Football Team was founded in the winter of 2005 by Yorkshire-based GP Arif Kazi who responded to an ad placed in a magazine for medical professionals appealing for a Great Britain team to compete at the annual World Medical Football Championships.