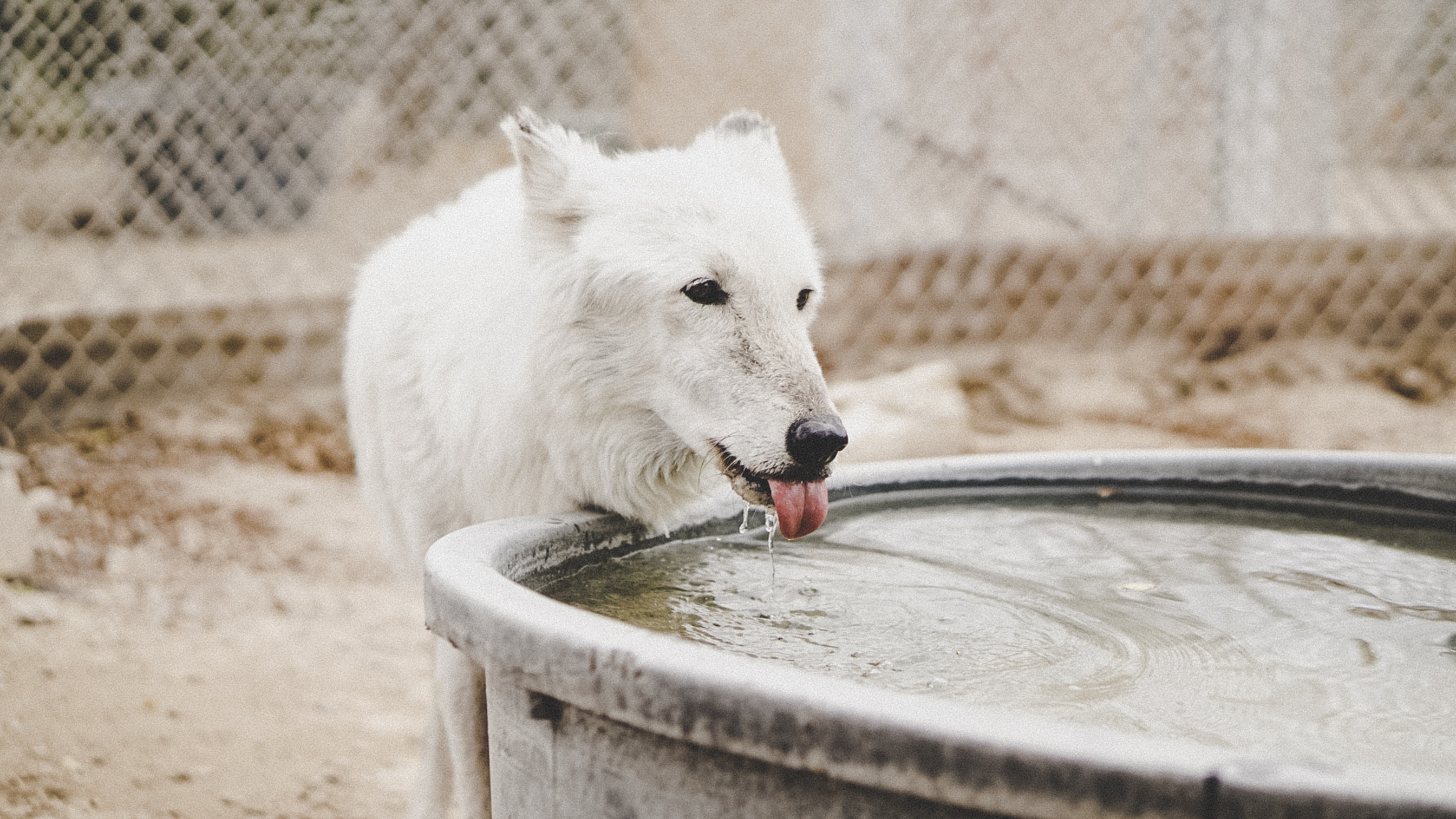 We are back again to put your mind at rest regarding some food-based rumours. Also, this week: the best worst kept secret that is guaranteed to help you lose weight, an unlikely MAN v FAT meetup and a brilliant story from one man who was able to give up his coke addiction, but all is not as it may seem… 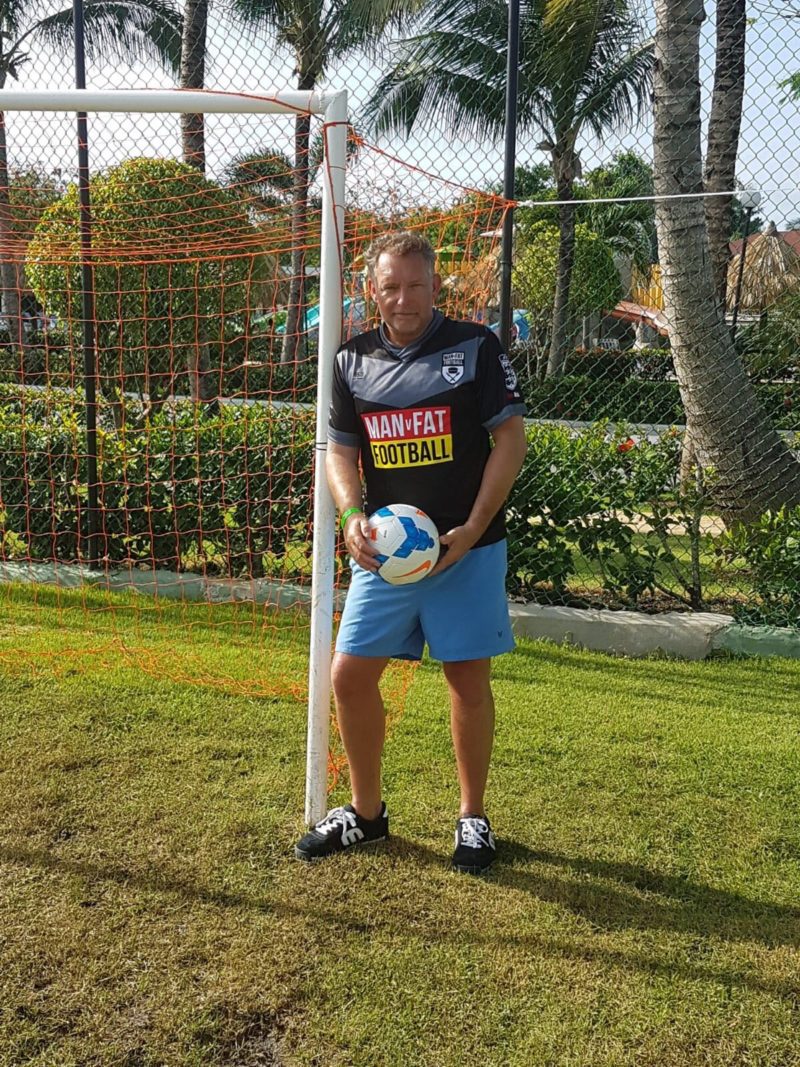 ‘Or if we play a million miles away’: As the summer months approach, you are probably thinking about heading off on holiday and forgetting about the weight-loss regime just for a couple of weeks. Even though he was over four-thousand miles from home, there was no escaping MAN v FAT Football for Oldbury player Roger Cotterell. While he was spreading the good MAN v FAT Football message to the locals on his holiday in the Caribbean, he bumped into a fellow player from the Stoke MAN v FAT Football league. Naturally, talk immediately turned to when they can battle each other on the pitch. What a coincidence! 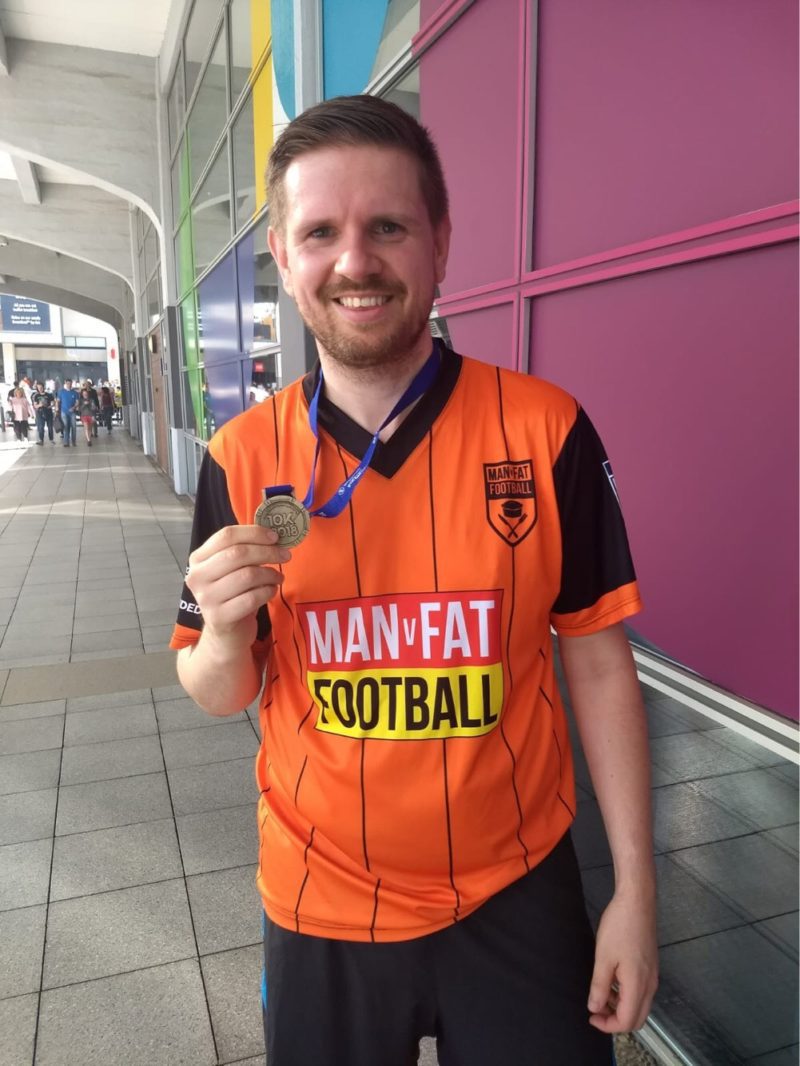 10km Heroes: A group of players from the Weston-super-Mare league took on the Bristol 10k run last week, raising a shed load of money for charity in the process. The quintet, who play for the MVF Beergut side and have lost a whopping 125kg between them, said they’d never have been able to do it without the help of MAN v FAT, with one describing it as “life-changing”. And proving that MAN v FAT Football really does improve your fitness, also spotted pounding the pavements were Ian Forbes, another player from the Weston league, and Andy Redman from the Bridgwater league. 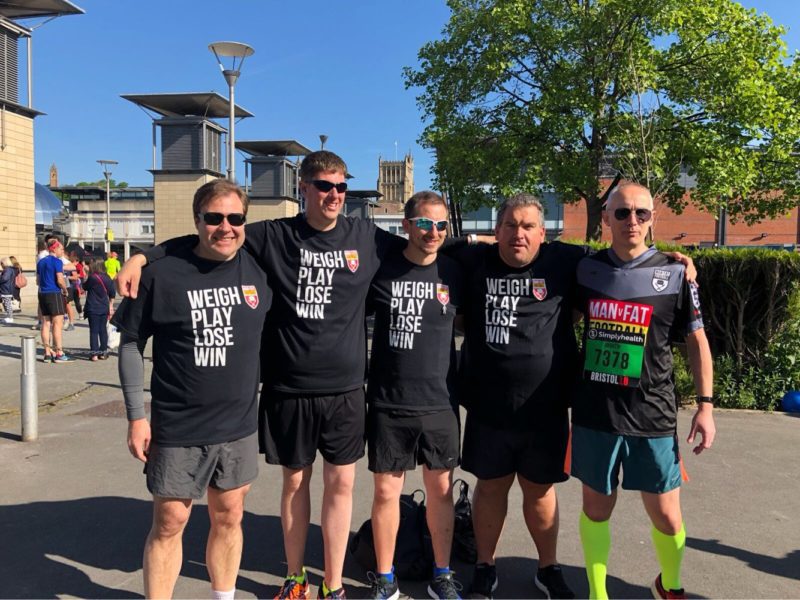 Myth Busters: Ever heard that carrots help you see in the dark and‘eating potato skin gives you curly hair? Do you believe them? New research shows that these old wives tales are still being believed straight through to adulthood. One of the most shocking revelations to come out of the study was that over one-tenth of the two thousand people polled exercise with the motto ‘no pain, no gain’ – a belief which could leave you open to long-lasting serious injuries. Which healthy living myths do you believe? 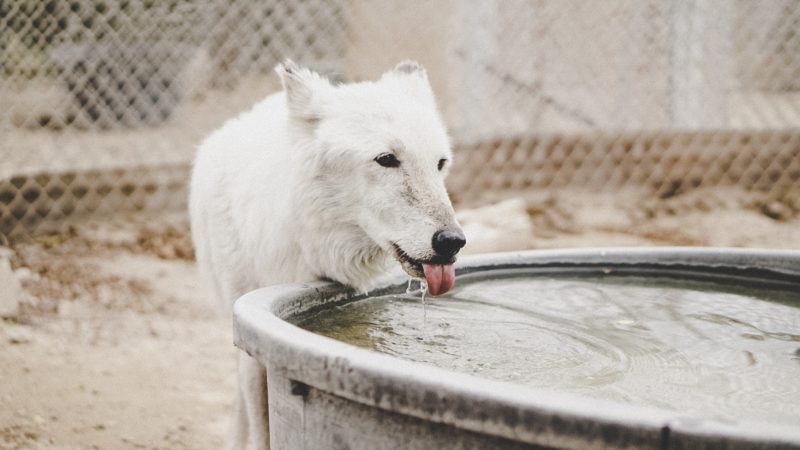 Alright so this week’s product of the week is not exactly a secret, but it is definitely something which a lot of us forget about: water! The average person should be drinking at least two litres of water each day, although the exact amount varies depending on your height and weight (use this handy calculator to find out how much you should be drinking) and it’s even more important to keep hydrated when the temperatures rise.

Regular daily consumption of water reduces appetite, flushes out toxins and even increases the body’s serotonin levels. Most importantly for athletes, drinking water can reduce the amount aches and strains as it keeps your muscles lubricated, meaning the likeliness of injuries occurring is much lower. Sure, it may be raining and decidedly grey outside while we write this but it’s worth remembering that as we inch closer and closer to summer that it is still hot and your body will still need that helping hand to stay hydrated.

All hands together for this MAN V FAT forum user, who valiantly managed to get rid of his coke addiction this week…

Fitness videos can be perfect as a source of motivation for losing weight – who are your favourite health and lifestyle vloggers?

We might already nearly be halfway through the year, but you’ve still got time to challenge yourself to run 1000 miles in 2018.

In a bold move to tackle the obesity epidemic, London mayor Sadiq Khan has called for junk food adverts to be banned completely from the Tube.

Amsterdam is known for many things, but not their brilliant ways of curbing child obesity.

Summer is nearly here, but instead of letting your weight-loss programme crumble in the coming months, why don’t you take a visit to one of these health and fitness festivals instead.

“Focus on hitting that 5% in time and it will come. Look back in your food diary to the weeks you had good losses and repeat the meals you had then. Cut back on snacks and mix up your exercise routine by adding some more cardio work.” – @Doug7923 advising how to get back to losing weight after a few weeks of maintaining.