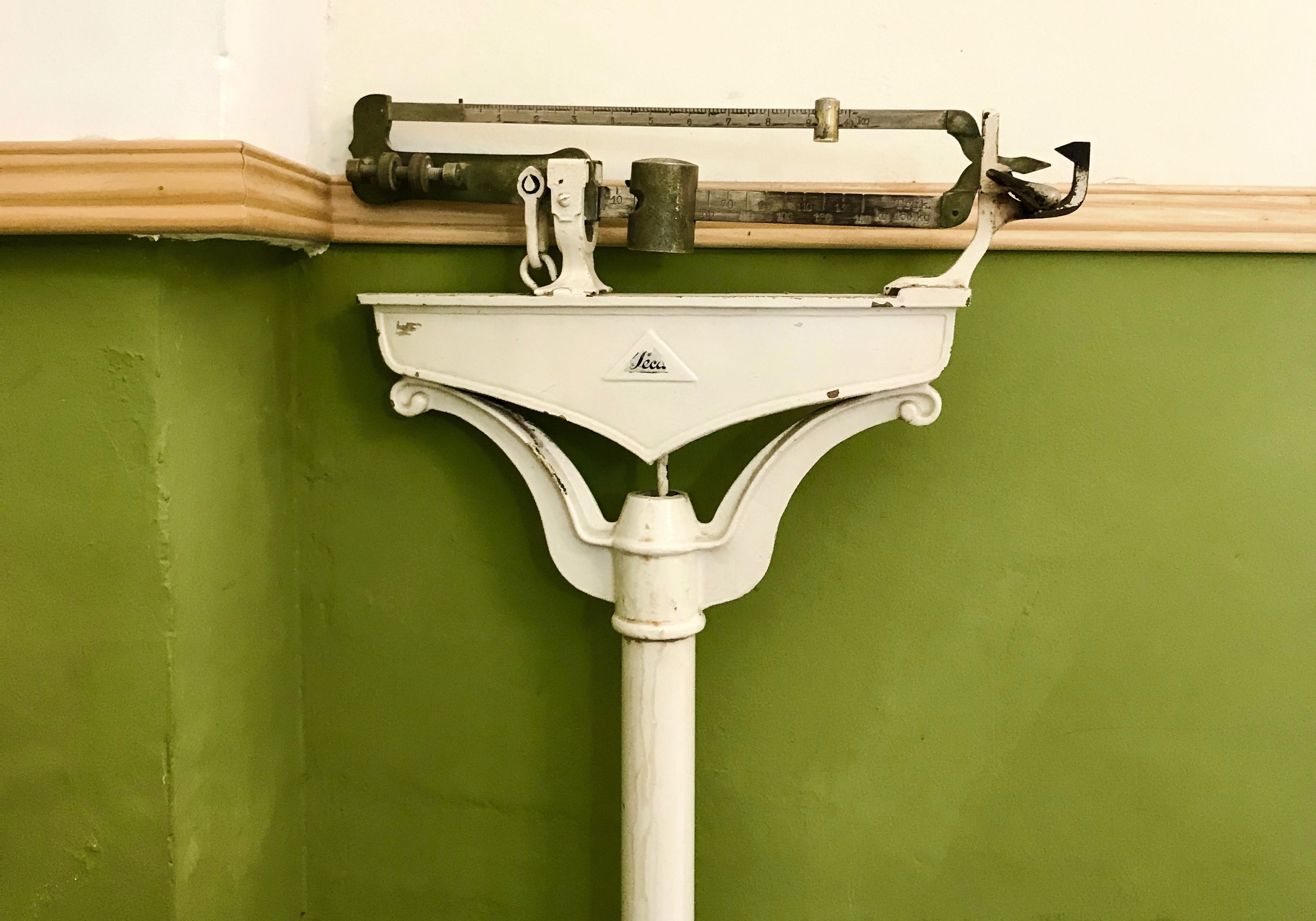 How to get the most from your scales

Despite the rise of the anti-scales movement (yes, that is a thing), stepping on the scales remains the most common way of measuring your weight loss progress. As home scales are now so readily available and accurate, how can home weighers get the most out of their scales?

Make sure they’re in the right place

The most important thing to do when weighing yourself at home is to make sure your scales are in a good place, as that way you’re more likely to get an accurate and consistent reading. That means that you’ll need a level surface because as we found out when we moved to a house with a subsidence problem, you can get readings that differ greatly depending on where you put the scales if the surface isn’t level.

You’ll find that if you weigh on a carpet, scales will on average show your weight as being 10% greater than it is. Home scales are generally calibrated for hard floors as most people use theirs in the bathroom (and carpet in the bathroom is a recipe for disaster), although if you don’t and you don’t have any hard floors, you can get carpet-specific scales too.

The best time to weigh yourself if you’re weighing at home is in the morning, after you’ve been to the toilet but before you have breakfast. You don’t have to be naked, but you’ll get a better idea of how you’re doing if you’re not wearing anything bulky so weigh before you put your jeans on.

It’s very twee, but we find that weighing at home works best if you make a date with yourself to weigh in at the same time and in the same place every week, just like you would if you were going to Weight Watchers or similar. Whether that’s daily, weekly or monthly is up to you, but find what works for you and stick to it. 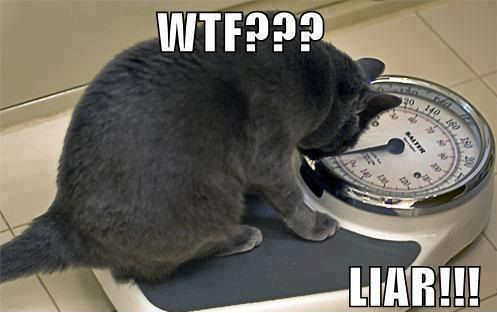 If you’re going to use scales as a measure of your progress, you’re going to need a set that will do what you need them to do and that will do it well. We recommend digital ones as they’re easier to read and some will store your previous weights so you can compare at a glance.

See also  How To Deal With Fat Insults

At MAN v FAT Football we use Marsden scales because they’re incredibly accurate, easy to read and pretty hardy to withstand 80 players stepping on them every week. Marsden make the scales used by slimming clubs and favoured by GPs, so you can’t get much better if you want a truly accurate picture of your progress.

…but beware of body composition tools

You can get some pretty fancy and inexpensive scales these days which connect to WiFi and can work out your BMI, how much of your weight is water and whether you’re about to win the lottery, but all that fanciness really isn’t necessary (although it would be handy to start planning how you’re going to spend your millions).

However the jury is still out on whether they’re really accurate or just a gimmick for a generation of stats-obsessed slimmers. You can figure out your body fat with a good old fashioned measuring tape, and if you want to know what percentage of your body is muscle or water, you’re better off booking some time with a BodPod or something similar run by trained staff (you can read our thoughts on body composition scans here).

But considering body composition tools on modern day scales are often just an added bonus and don’t always mean that you have to splash more cash on them, there’s no harm in using that functionality if you’re interested – just remember that it’s probably not 100% accurate.

Make them suit your preferences

How often do you weigh yourself? There’s no right or wrong answer here – it’s all a matter of personal preference. Some people find it helpful to step on the scales daily, but if you do this you have to accept that your weight will fluctuate daily, and it can fluctuate by up to FIVE pounds every day. You have to be prepared for the reality that some days you will step on the scales and see a larger number than the day before.

That might be too demotivating when you feel like you’ve had a really good day only to find that as a result of water weight, your bowel movements (or lack of) or just plain old voodoo magic, your weight has increased overnight. You can get a great app for iOS called Happy Scale which is particularly good if you’re a daily weigher as it gives you an average and smooths out those spikes on the graphs to show you how you’re really doing on a long-term basis. 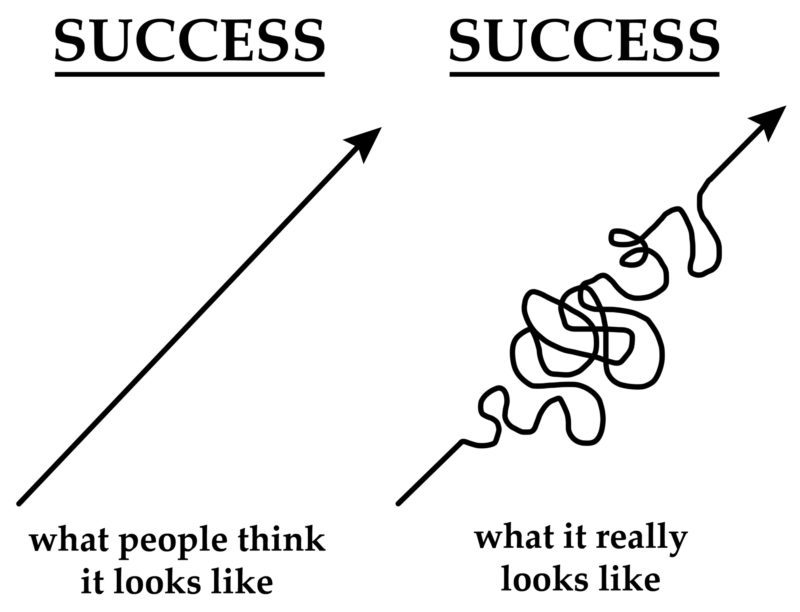 Weighing in weekly might be more your thing if you like to have more of a sense of how you’ve done across the entire week. This way you can account for treat meals and let your body adjust to any exercise you’ve done (because you can weigh more after exercising, which is just one of life’s little crapshoots)

It can also take the pressure off and will mean that there’s no chance of feeling dejected on a daily basis if you have a few bad days and a bad run of weigh ins (which let’s face it, happens to us all at some point).

If you find that weighing in weekly is too stressful, you could also weigh in monthly or even less frequently than that, instead letting your clothes and how you’re feeling be more of an indication of how much weight you’re losing.

The key is not to let the scales dictate how you feel about yourself. They’re a handy tool, but not if they’re making you miserable. Just find what works for you – that’s the best way of getting the most out of your scales.

What are your thoughts on weighing yourself at home? We want to know how you make sure you’re getting the most from your scales. Let us know your tips over on the forum.