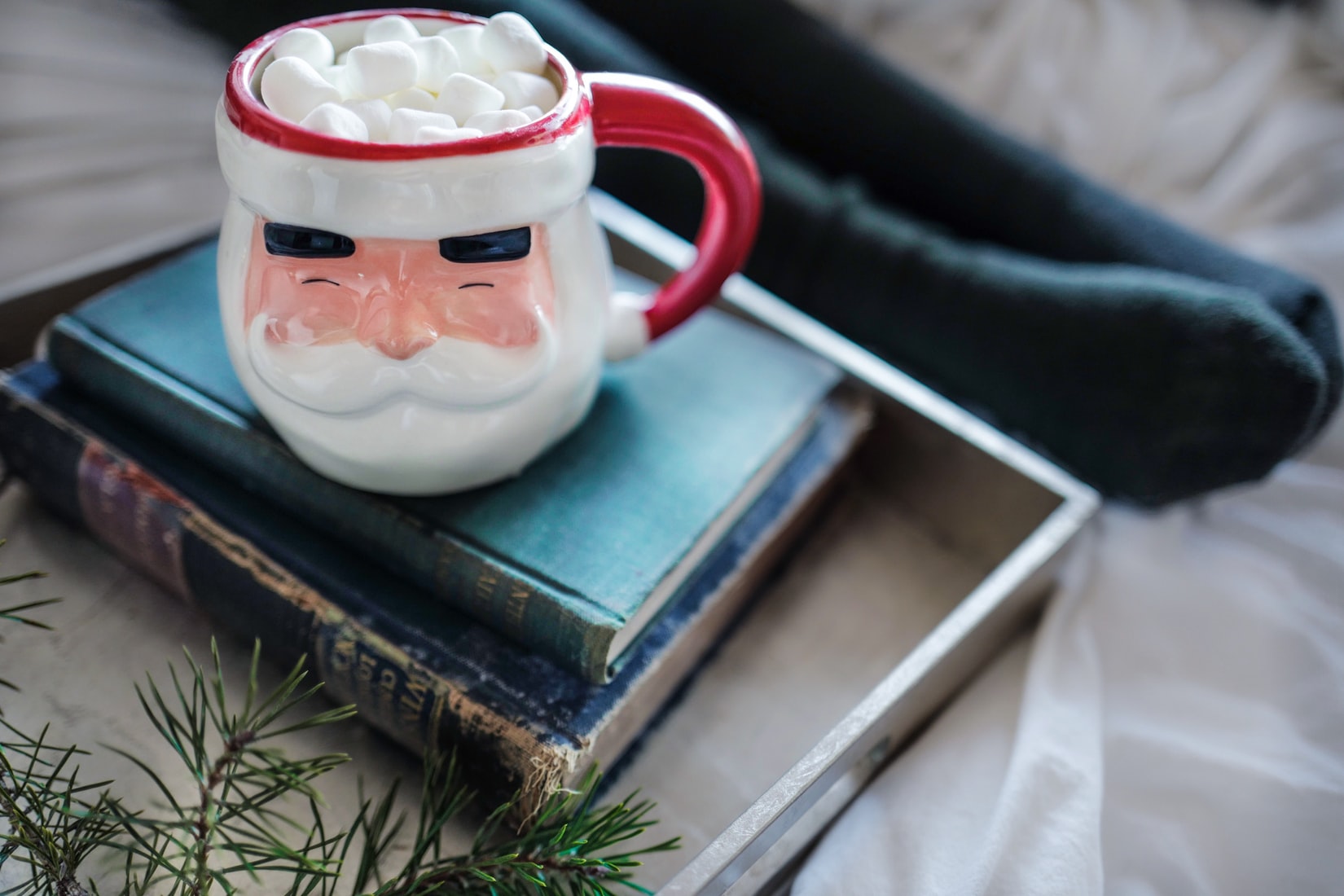 How many calories are in Starbucks and Costa Christmas drinks 2019?

It’s the most wonderful time of the year – those weeks before Christmas where you can walk into your favourite high street coffee shop and sip yourself into festive sugar heaven. But how many calories are in Starbucks and Costa Christmas drinks 2019?

Our thoughts on stuff like this is always that it’s better to make an informed decision on whether you want to dedicate a few hundred calories of your daily allowance to a Christmas coffee. Otherwise, you might find yourself blowing the calorie budget even though you know you’re a sucker for an eggnog latte (hello) – it’s always better to know what you’re dealing with and to practice a little of that ‘everything in moderation’ approach.

How many calories are in Starbucks and Costa Christmas drinks 2019? 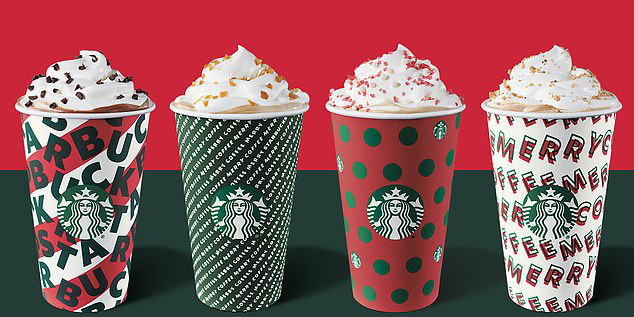 Starbucks’ Christmas offerings are the usual fare – gingerbread, eggnog, toffee nut – but with a new toasted marshmallow hot chocolate. They’re also bringing back the reusable red cups for another year, so you could buy one of those and pretend that the Maxwell House you keep at the back of the cupboard is a festive drink to blast away the winter blues. Just me? 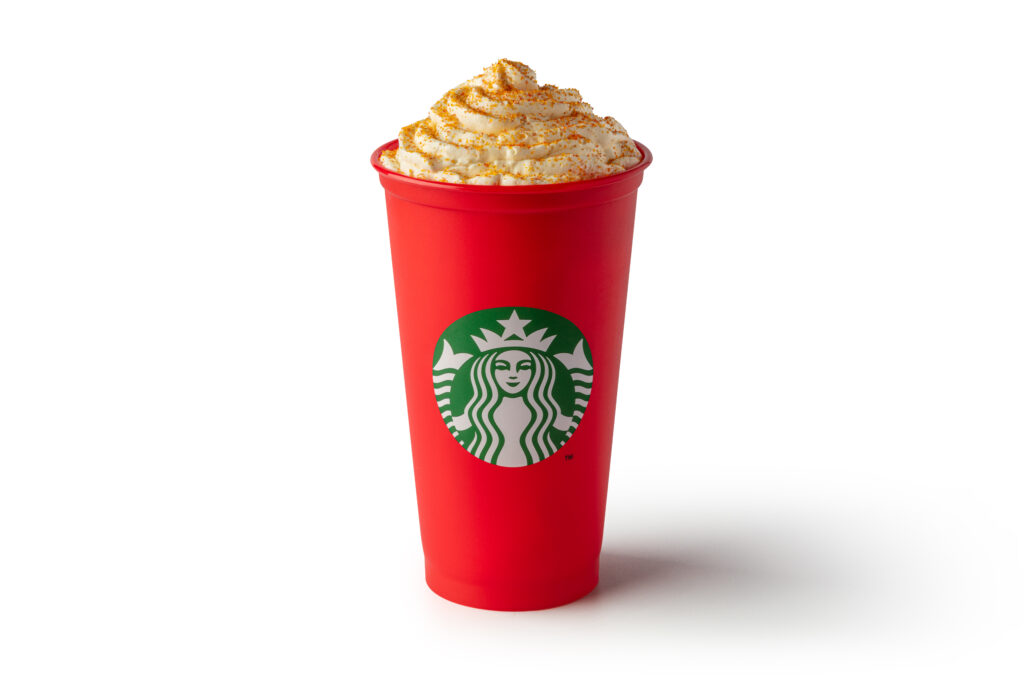 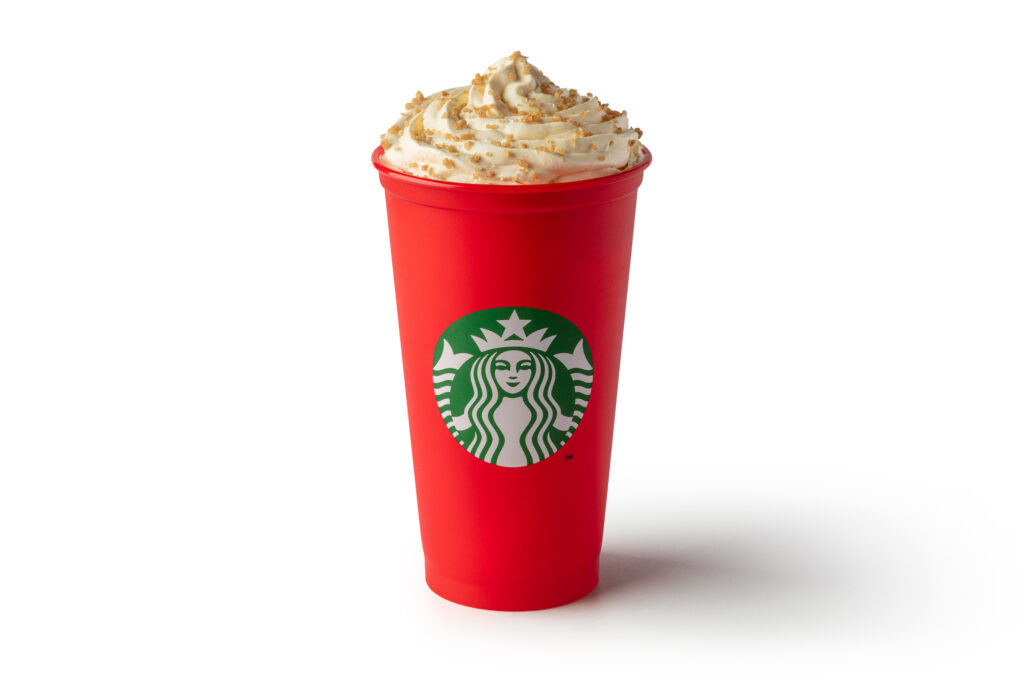 A latte with toffee nut syrup and a toffee nut flavoured topping. Simple. 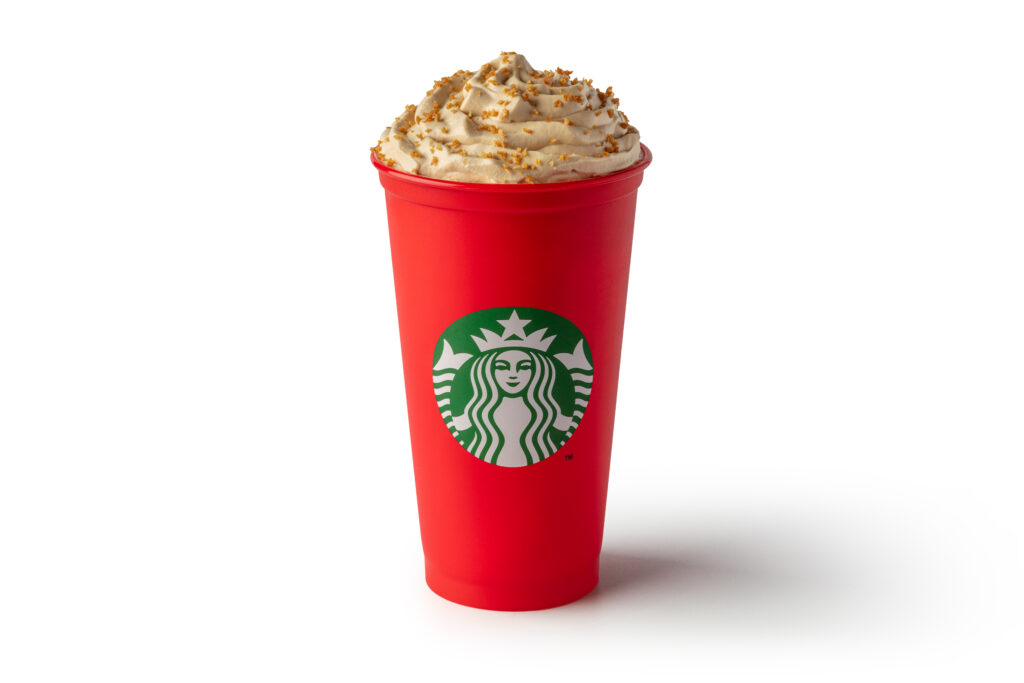 A latte with gingerbread syrup and a wafer topping for that Christmassy feel. 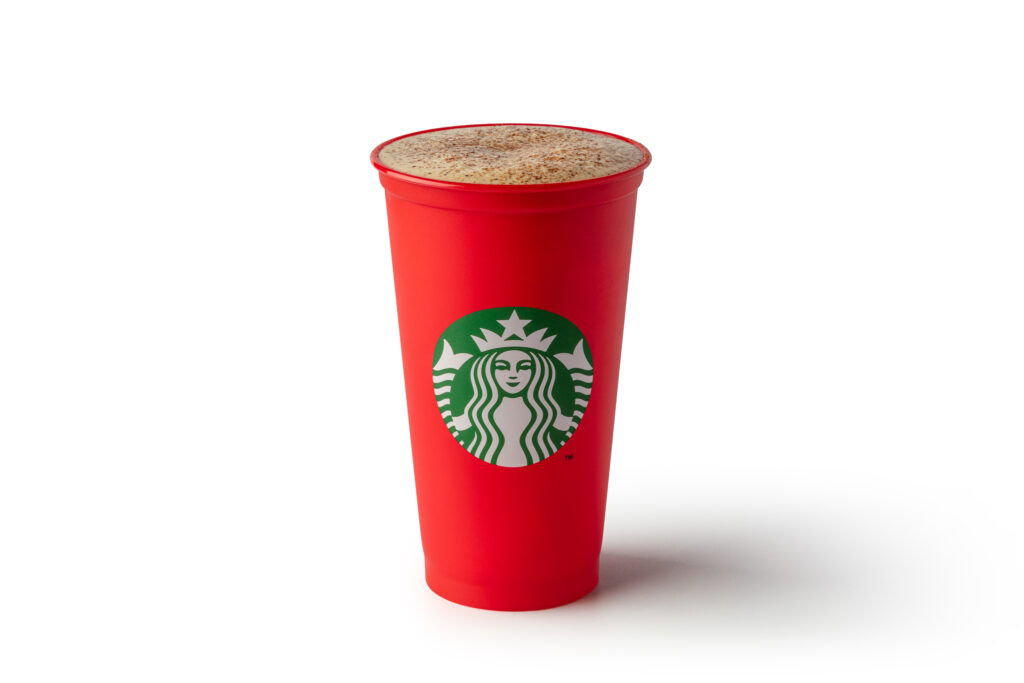 The eggnog latte is the king of Christmas drinks. If you’ve never tried one, it might sound a bit weird but it’s delicious – creamy and velvety and rich. You can’t switch out the milk in this one, but it’s well worth the calories. 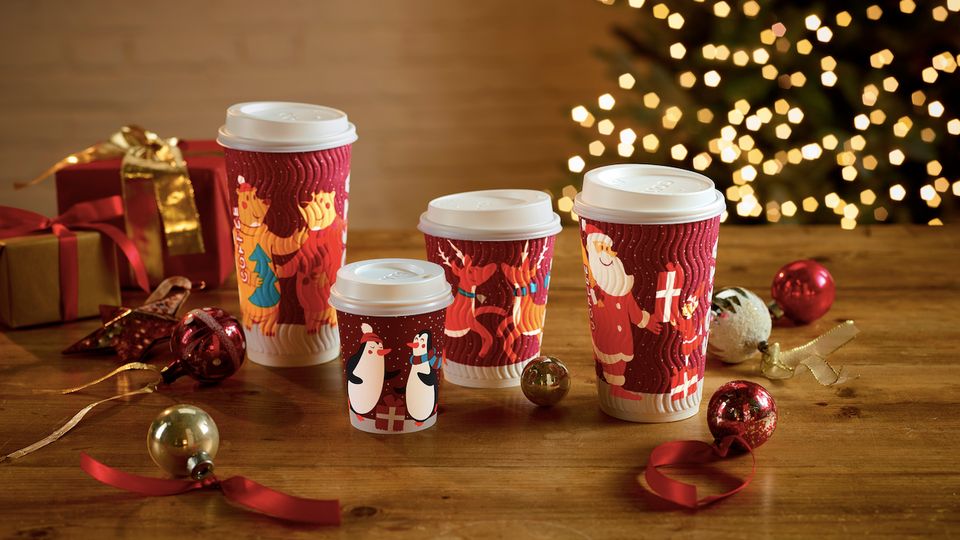 Costa are also sticking to what they know best this year with lots of creamy latte options, plus little add ons such as the gingerbread man biscuit in the gingerbread latte. Costa’s newcomer for 2019 is the Irish cream latte, which (sadly) contains no whisky. 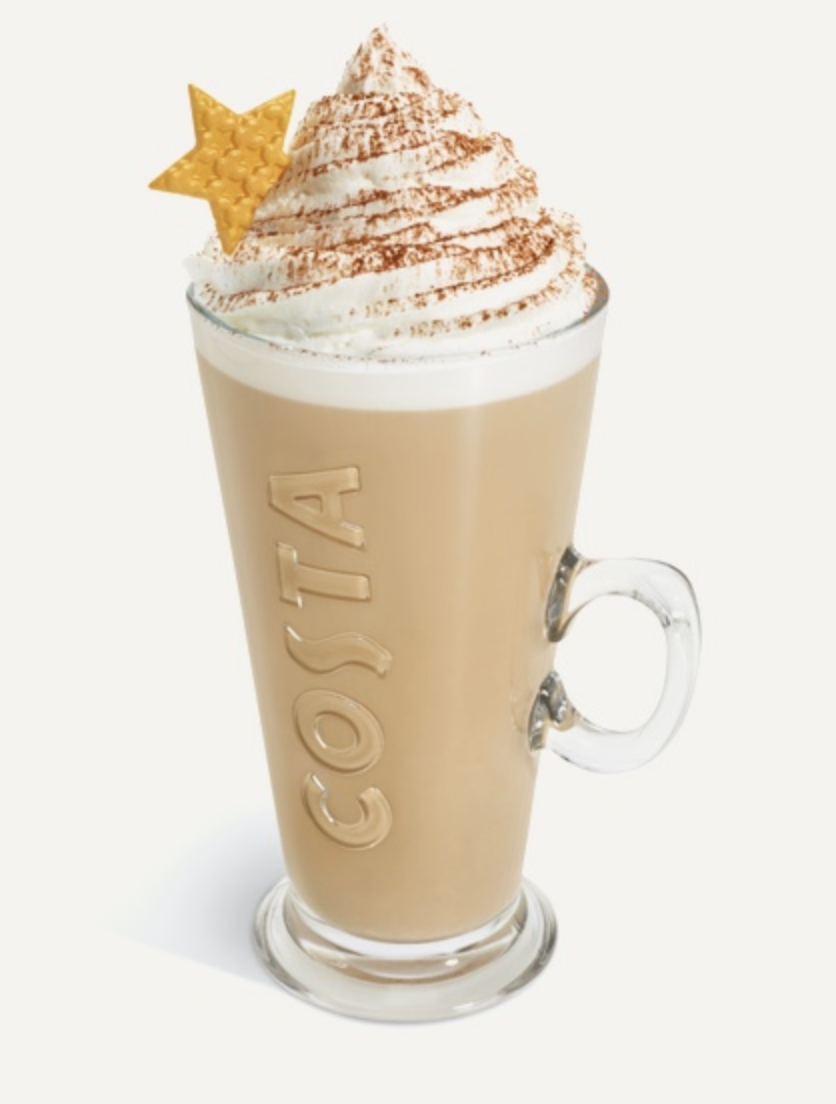 A latte spiced up with a shot of (non-alcoholic) Irish cream-flavoured syrup, topped with cream, a chocolate dusting and a golden white chocolate star. 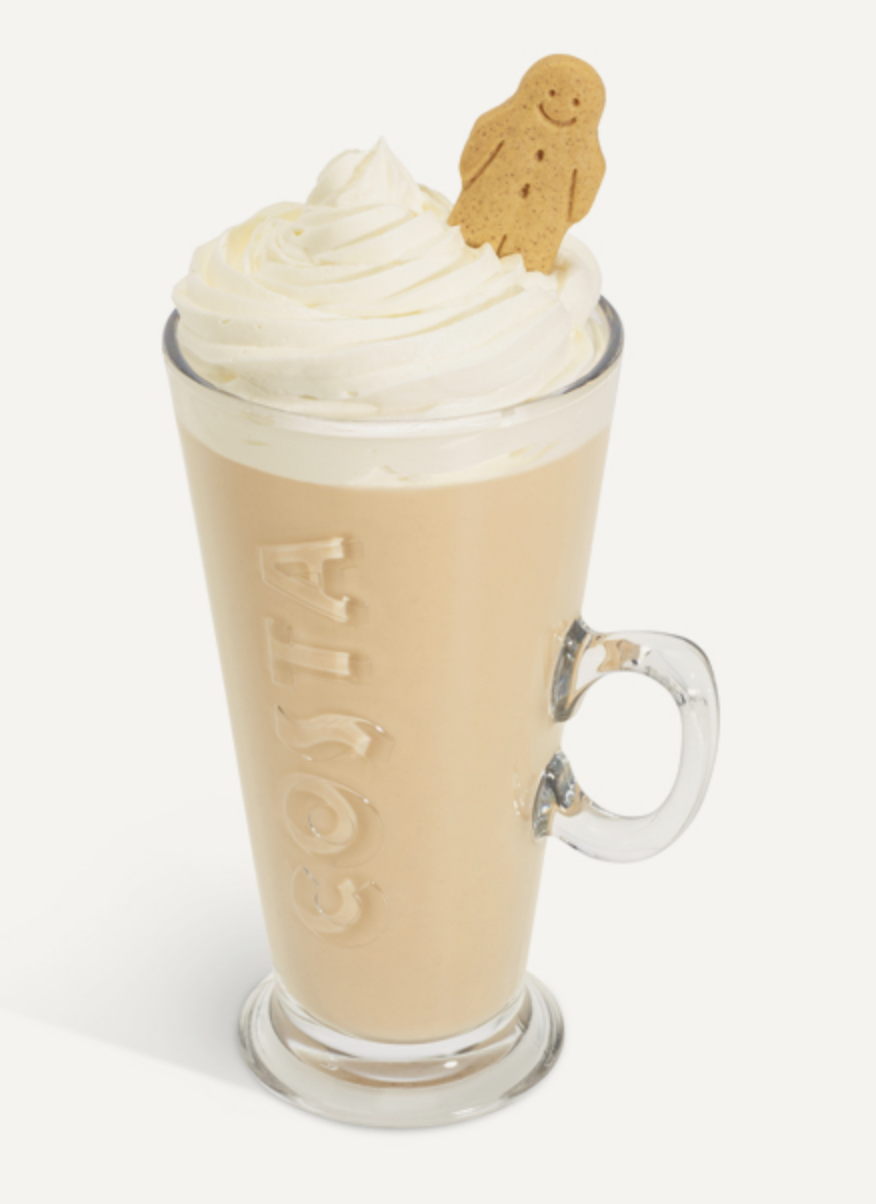 Because of course, what would we do without our gingerbread man friend at Christmas, slowly drowning in a latte flavoured with gingerbread syrup and topped with cream?! 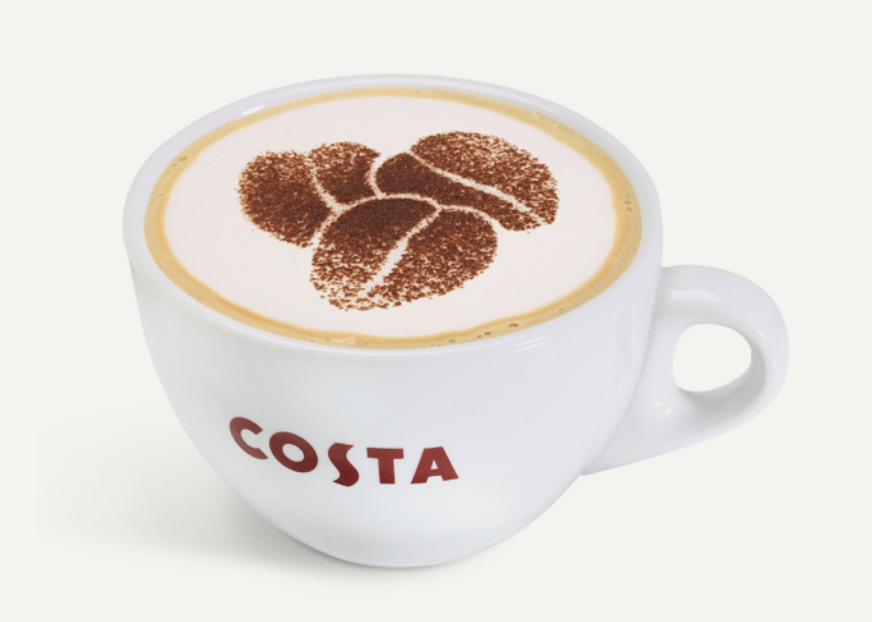 A cappuccino with the ‘taste of winter’ – cinnamon, nutmeg and star anise – delicately infused through and sprinkled on top. 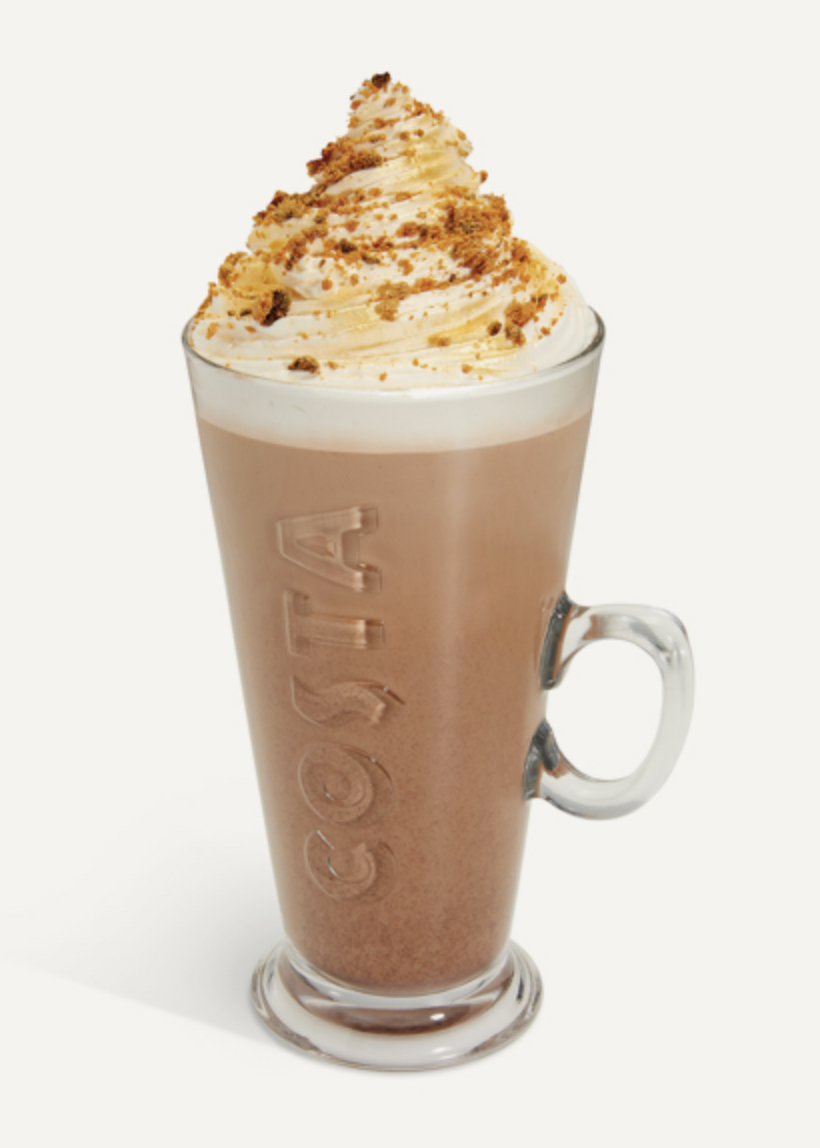 Another Costa Christmas staple, this is a classic latte with hazelnut syrup, chocolate sauce and golden milk chocolate wafer pieces. 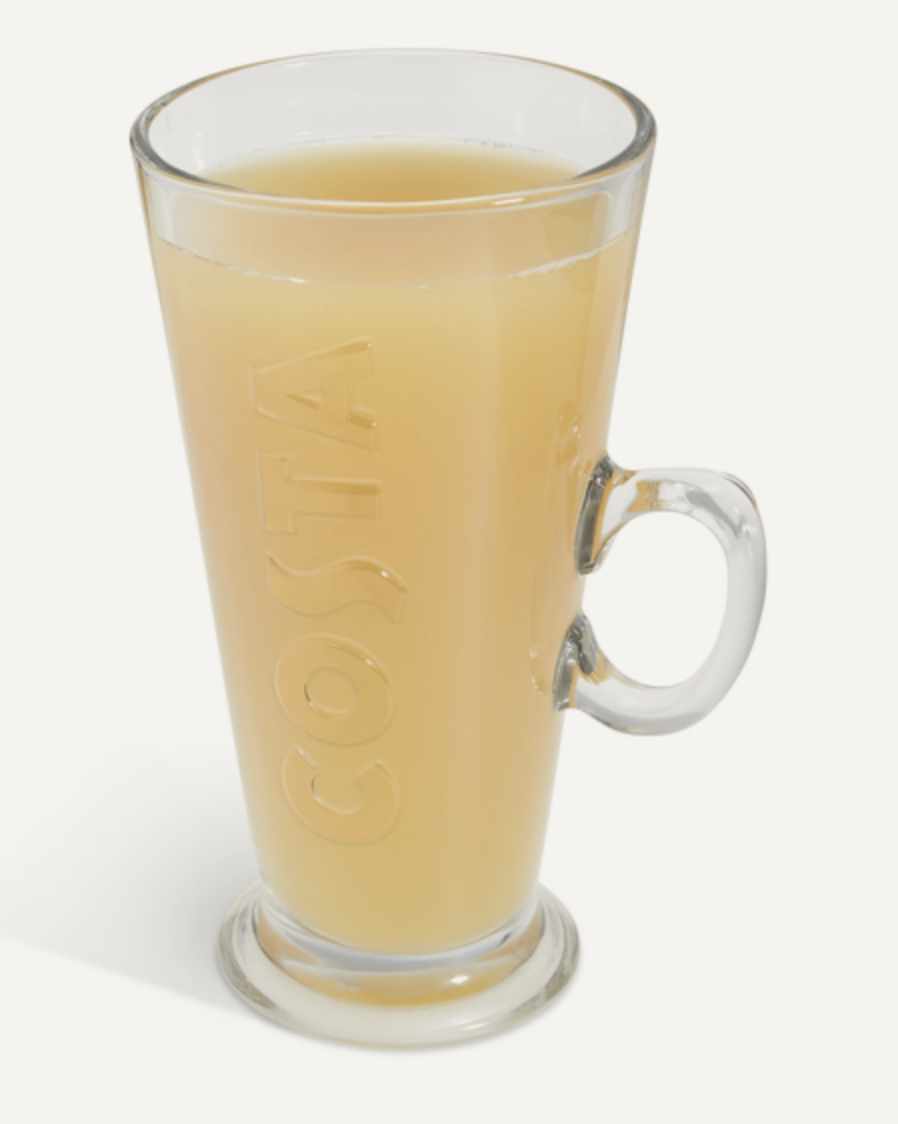 A warming spiced apple drink topped with a slice of lemon.

All in all, there are definitely things you can do to bring the calories of these Christmas drinks down if you’re trying to save a few cals. In general, almond milk is the one to go for to cut cals and you should avoid the oat milk at Starbucks as it really bumps them up. The only thing to be wary of is the sugar content, which is sky-high in some of these drinks, especially if you’re ordering a Venti. But on the whole, we reckon you can treat yourself to a little festive coffee cheer if that’s what you fancy.