DNAFit Review – Are Your Genes Making You Fat? 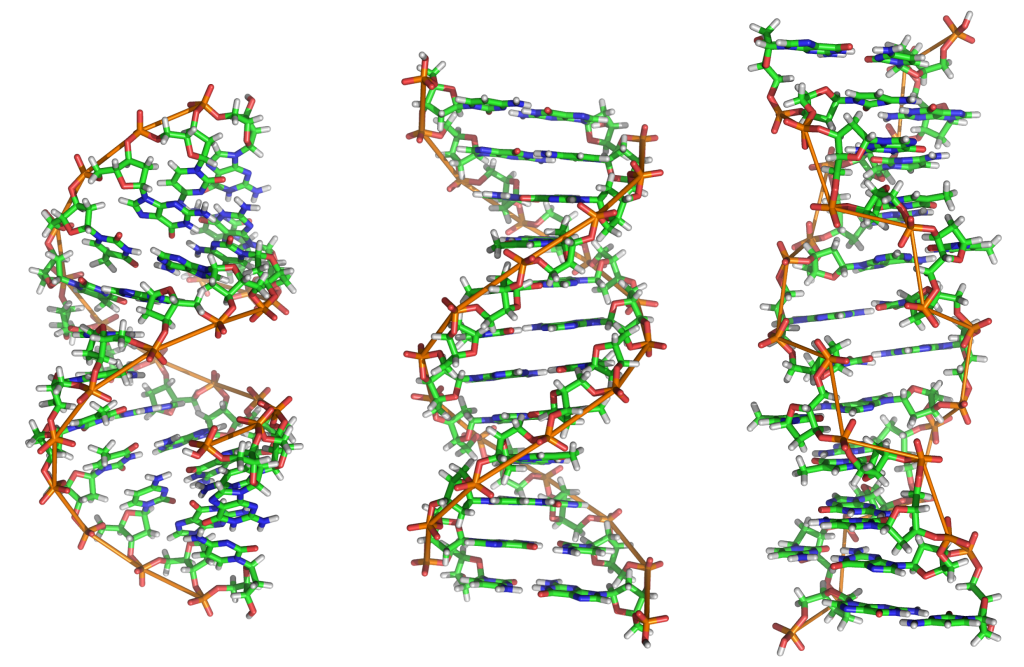 It’s been over 50 years since Francis Crick and James Watson won the Nobel Prize in Medicine for their research uncovering the structure of DNA. In just five short decades the wealth of knowledge about genetics has exploded and led to many real world applications of their discovery. Now with the introduction of DNAFit, the opportunity has arrived to examine your own genetic make-up and discover once and for all whether you can legitimately blame your genes for your weight problems.

Or at least, that was what I hoped.

Because wouldn’t it be nice to realise that somewhere in your biological circuitry there was one rogue switch that was flipped on and that was the only cause of your battle against fat? Well, unfortunately one of the important things I learned from doing the DNAFit testing was that although we might have genetic markers that mean it’s easier for us to absorb fat, or that increases our sensitivity to carbs – it’s not our future set in stone. In short, although our genetic make-up can change the terrain of our own battle against fat, it’s emphatically not a decisive victory one way or the other. 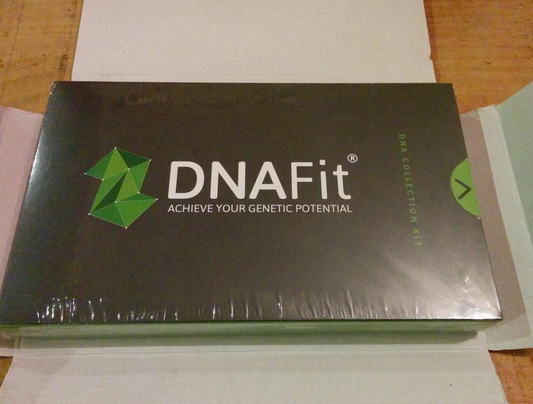 Perhaps because it’s a reasonable cost, an exciting product and done in a smart and professional way DNAFit have been enjoying a very healthy demand for their services, which use cutting-edge science to “read” your genes and create reports that give you insights into your fitness and diet health.

This is a hot topic at the moment – the BBC Horizon What’s The Right Diet For You? programme was also based around this idea that personalising your diet to work with your biological and psychological profile was the best way of finding a diet you could stick to. This is what DNAFit seeks to provide – insights into how you work and how to get the most out of your efforts.

See also  Fat Shaming Ruins Lives And Does Not Even Work

The process is remarkably simple. You order your kit through the website, and a snazzy little box arrives with a rather worrying looking thingummyjig that looks a bit like the wands that kids use to blow soap bubbles with. You scrape this doohickey around the inside of your cheek, whack it in the pre-paid envelope and send it off. Clearly, posting your DNA off represents an issue of trust. Privacy concerns are paramount here and the company are at pains to point out that you’re not suddenly going to be arrested for your part in the Brink’s-MAT robbery as a result of, um, licking the wand. Neither does your data go beyond the company. Frankly, I have disabused myself of the notion that privacy exists any more so I ticked the box, signed the form and waited with no real concerns.

Your results come in the form of three downloadable reports – one on your fitness, one on your diet and one infographic that sums the whole ruddy thing up. Sensibly, the company also provides an online consultation that follows up your reports and takes you through the results. This allows you to ask all of the dumb questions that you want – and trust me, it really doesn’t matter if you need it all explaining from the beginning. I had the pleasure of speaking to one of the company’s consultants Andrew Steele and he really did have to explain like I was five, he even told me how to spell DNA. 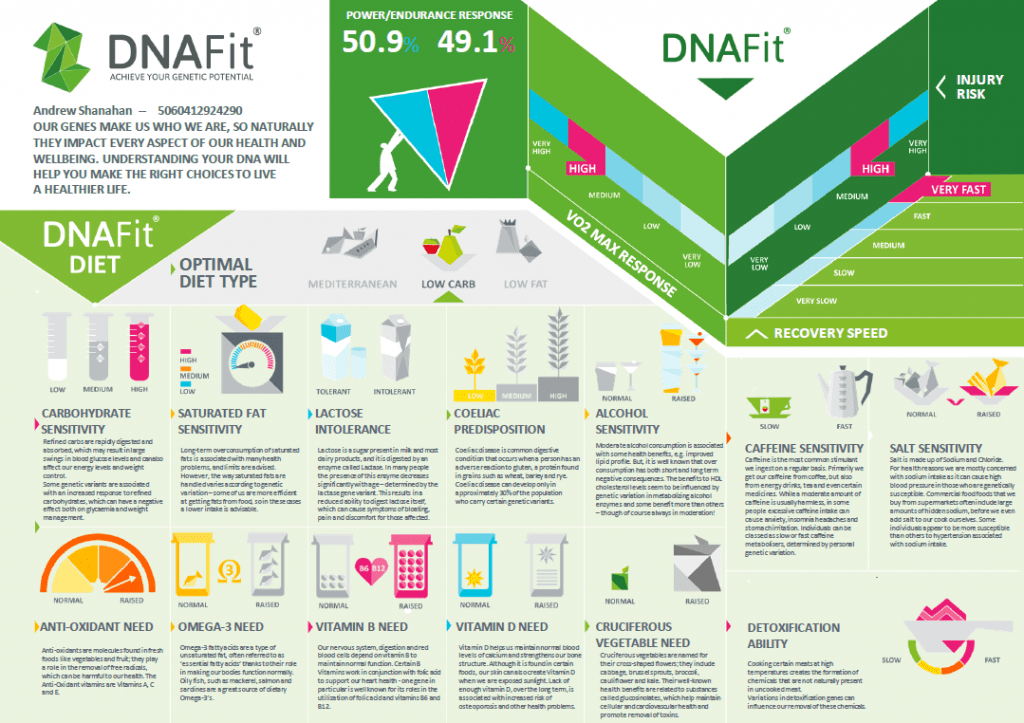 My infographic report. Check out that carb sensitivity.

So what did I learn about me – a phenomenal amount. Two weeks later and I’m still assessing the information and working out what changes I need to implement to my eating and exercise routines as a result. Some of the highlights:

This is just a brief overview – take a look at the infographic which gives you an overview of the sort of insights you get. The in-depth reports are multi-page monsters which go even more in-depth, if you’re a stat-fan then this is pure heaven. The follow-up with Steele allowed me to make some plans with regard to new training sessions and also gave me plenty of practical applications of the information I now had. If you’d like to view my diet and fitness reports in full to give you an idea of the info you get then just shout me (@admin) on Talk.

Not to sound like a broken record, but MAN v FAT readers especially need to bear in mind that these sorts of reports are not emphatically telling you your future. Just because I have genetic markers which suggest I’m more likely to get fat it doesn’t mean that I can’t change that for myself – you are in control of you, not your genes. That said I really enjoyed the process of finding out what makes me tick and getting more factual insights into how I should proceed to get healthier. Even if it’s not a magic bullet, it’s incredibly useful to have any kind of ammunition to help us in the battle against fat.

Highly recommended. Just remember to quote MANVFAT when ordering and bask in the splendour of 30% off.