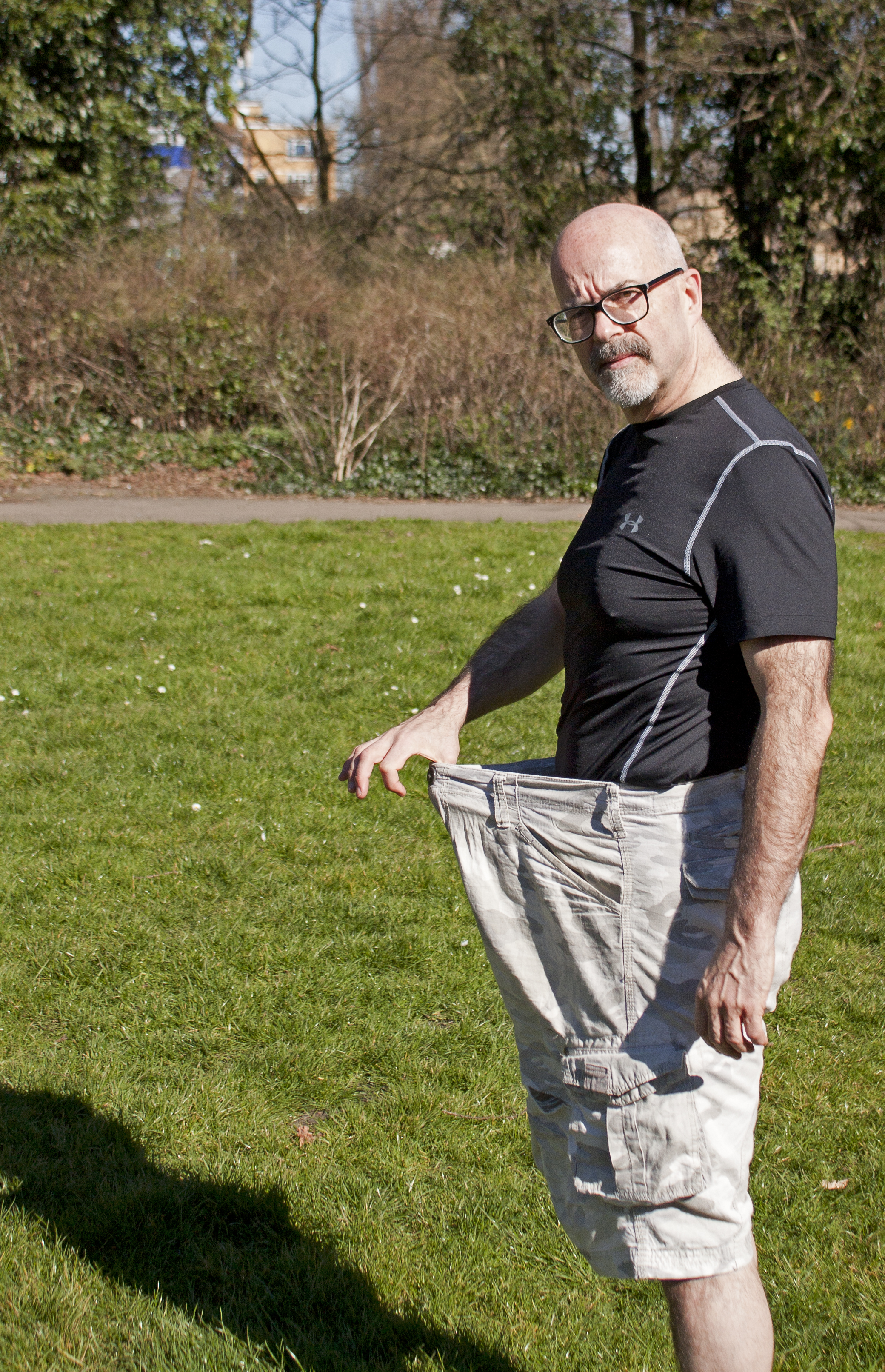 Many years ago I was on holiday with friends in Jordan and we were walking up a mountain in Petra, the famous city carved in the rocks and we got chatting with this little Bedouin girl who can’t have been more than twelve. Completely out of nowhere she turns round to me and says, “You are fat: if you eat less and exercise more then you won’t be fat.” All my mates fell about and pissed themselves laughing and mocked me for years afterwards about it. What I find annoying now is that of course she was absolutely right.

MVF: How come you ended up at 17 stones 3lb? What caused you to gain the weight?

VM: The thing for me has always been sweet stuff. I have never been able to eat a biscuit: I will eat a packet. I won’t eat a packet: I will eat three. I have just learned that’s the weakness for me. I wasn’t a fat kid, I was a skinny kid. I probably first noticed a bit round the middle like most people do when I got into my twenties. There was one point about 17 years ago when I took off three stone and I did that the hard way with a mate where we both starved ourselves and went mad in the gym. For both of us it just slowly slid back on because I hadn’t changed my lifestyle. 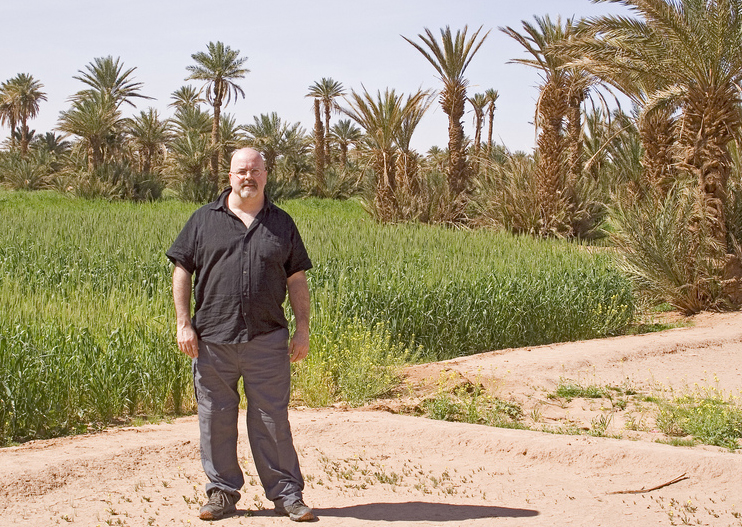 Things finally changed for me in the middle of July 2012. I was at work and we always have piles of biscuits and chocolate and snacks around the place. A couple of my colleagues said, “We’re going to try and give up snacks.” On a whim I said, “Yeah, ok I’ll join you.” They lasted a day. For some reason, I kept going and by the time I was a few days in I thought actually this is quite easy. One of those same colleagues pointed me at MyFitnessPal.com which takes the approach of you logging what you eat. So I started doing that and the weight just seemed to come off quite quickly. I was suprised by how easy I found it. I think it was because I was eating normal food – not “diet” food or anything like that.

MVF: So did you find your approach to food changed much after you began to lose weight?

VM: Because of the food diary approach, I was eating normal stuff. I was eating breakfast, lunch, an evening meal. When you do MyFitnessPal they take into account exercise that you do and their system is designed that if you burn 300 calories then you can eat 300 calories more. So it motivates you to do a walk instead of getting a bus, do something active so you can eat more. It slowly trains you into changing the way you live. It’s not forcing you to eat food you hate.

[blocktext align=”left”]”You are fat: if you eat less and exercise more then you won’t be fat.”[/blocktext]

One of the interesting things in my case was that when I started logging my food, I could see that a lot of the damage was done by snacks, biscuits, cakes. Very often on the way to work, or after lunch, or in the evening after my dinner I was snacking. Once I’d cut those out I started looking at my actual food and I realised that most of what I was eating was actually quite healthy.

MVF: What other lessons did you learn about your intake?

VM: The biggest thing I realised was that my portion control was all over the place. I was eating three times the size of a portion that I should have been. Once I started measuring my food, which I had to do in order to log the calories it was a revelation. Suddenly I was aware of how much I was eating. I found that my body got used to different portion sizes quite quickly and I’d say that about a month in I was eating a much smaller plate but actually feeling full up. My body and my mind adapted incredibly quickly and got used to it. I was genuinely surprised that I could eat a normal portion and be completely full. 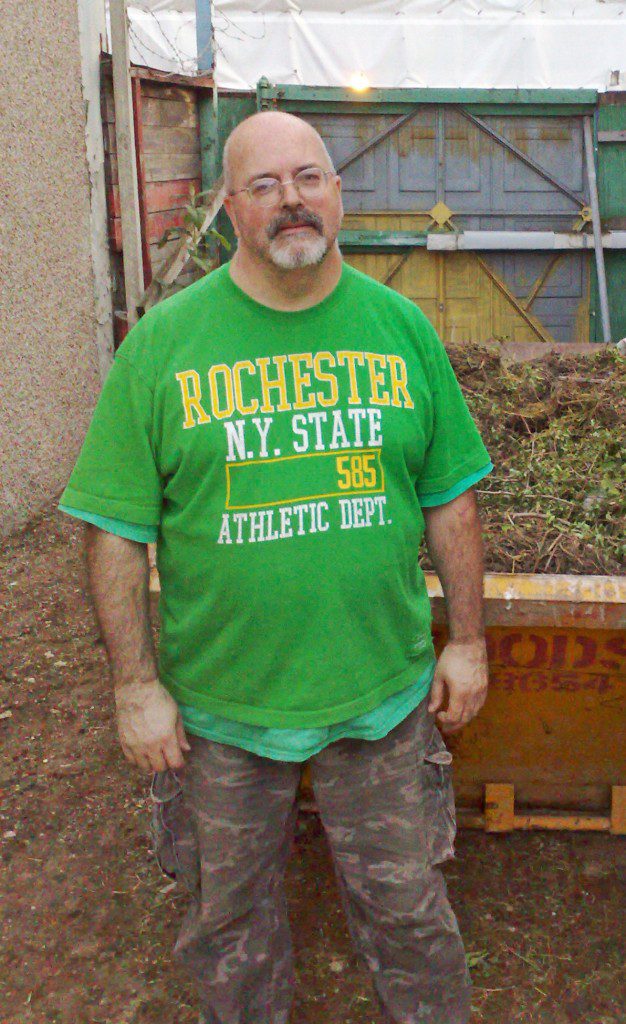 For three months I did that and I took off about three stone. And then I got to the point where I felt confident enough to get back in the gym. Now for years I’d been paying for a gym and had NEVER gone. So about November 2012 I got back in the gym and that just helped again, so by the middle of 2013 last year I had taken off a little over five stone. I hit my lowest weight around July 2013 because I had also got into road cycling and I was training up for a charity fundraiser London to Brighton bike ride. So in total I got down to about 11 and half stone.

MVF: What advice would you have for people reading your story who wanted to lose weight?

Secondly, don’t feel guilty if you have a bad day and you eat a massive curry. Chalk it down to experience and start again the next day. As long as you’re not doing that every day then you’ll make progress.

Finally, you need activity. I hesitate to use the word sport because that’s not for everybody but I think you need to come up with physical activity you really enjoy. It could be as simple as chasing your kids around in the park. Or taking the dog for a walk. But it all helps as it burns calories. Find something you like doing. I’ve got a friend my age who has lost about three stone who got into Zumba in a big way. I’ve been doing Brazilian Jiu-jitsu for about five months.

MVF: You’ve been getting into jiu-jitsu in a big way since losing weight – how was it when you first went into the academy?

VM: Truthfully, I went back with great fear and trepidation. There’s a local academy and the first session was free you can just come and try out and I went and a lot of the guys are a lot younger than me and they’re covered in muscles and looking very scary. So I went in thinking what will this be like, will my back be able to take it, will I keep up? And it turned out that because I’d spent last summer cycling that I was actually super fit and to this day I can keep up with pretty much anyone in terms of cardio.

After the first session every muscle in my body hurt and I had bruises and everything, but they were a great bunch of guys and they were very helpful and friendly. And it was great. It does require a bit of confidence to go back but there are things that are less daunting. If you used to play football there are plenty of teams and pub teams that are looking for players. Or you could just organise a kick around in the local park with your mates. It’s the getting out and doing something that you enjoy.

The truth is that most gyms aren’t full of olympic athletes. You’ll find people who just want to have some fun and learn things. The chances are that regardless of what shape you are right now they’ll often just be impressed that you’ve turned up. You’ll probably even find someone bigger than you. It’s remarkable how quickly your fitness comes back. Just do a little and often.