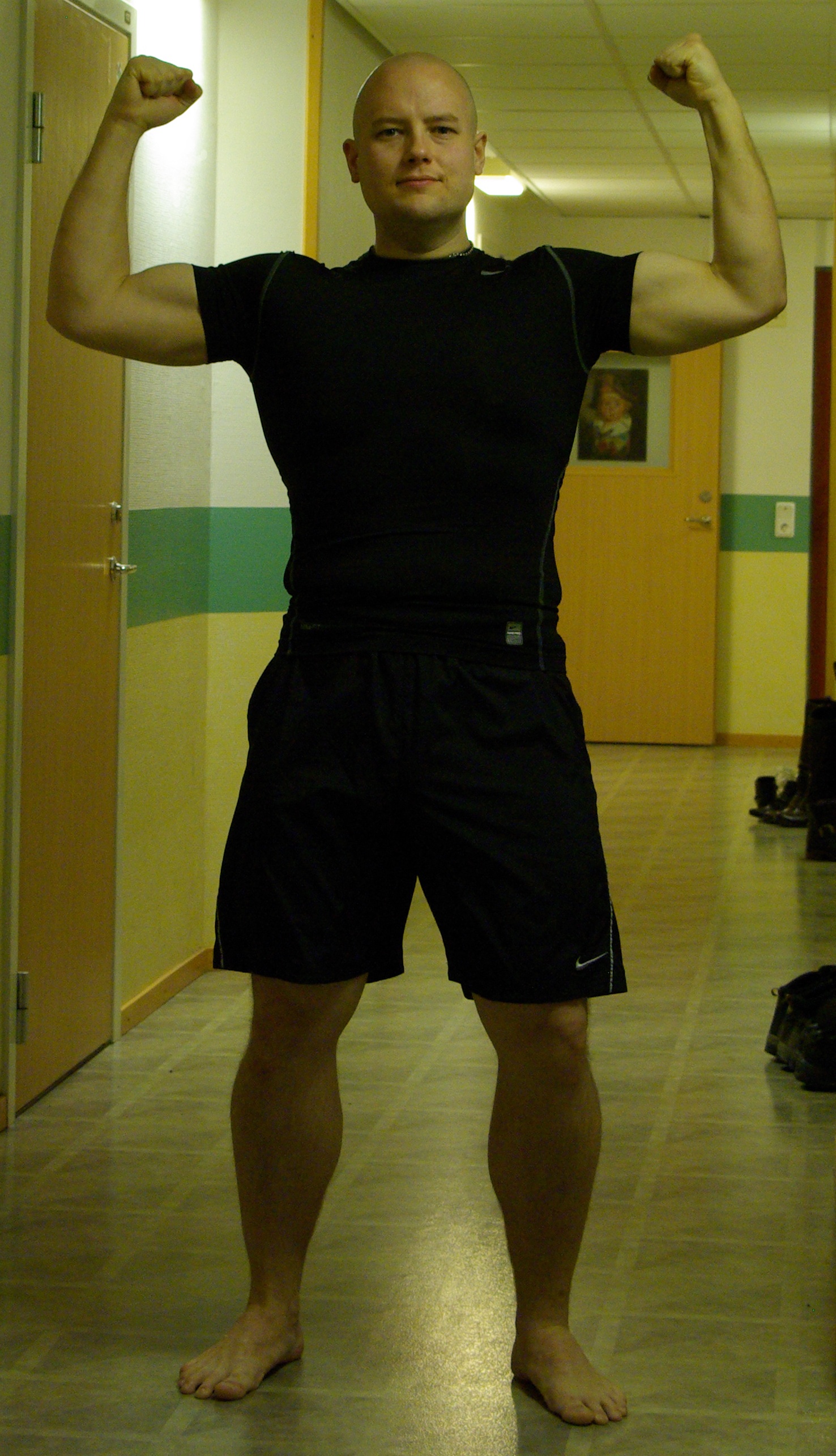 The very first day I was walking to school with my thumbs hooked in my rucksack and I fell over and broke my shoulder. It was agony. My spirit was low and almost crushed. When it came to an operation to fix it the doctor said, “I’m not sure because of your size that I can fix that. But if I do, what will you do with your body in the future?” I told him that I would join the army and dedicate my time to improving the world. He had a laugh and said, “Ok, let’s keep it realistic.” 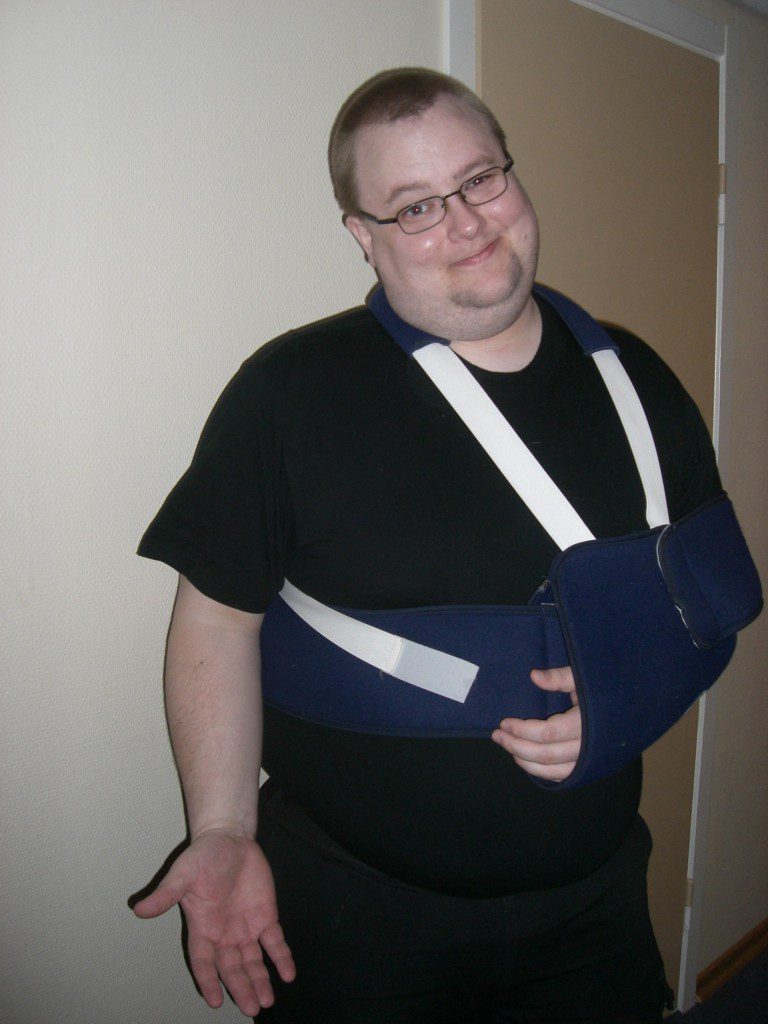 You’ve had a traumatic time with your weight – can you give us some history of how you came to be nearly 23 stone?

Back in 1996, I was 16 and my parents were divorcing. They said “you’re almost an adult so we can treat you as an adult” and so they used me to offload to and share their experiences with the divorce. It left me with no one to talk to. At that time I was using training as my escape and I was spending four to six hours every day in the gym seven days a week. That had a devastating result on my school work and so my parents took away the gym pass to punish me – I was left with food as a comfort. Between 1996 to 2002 I gained about 110lb.

My poison of choice was always the amounts. It didn’t matter what kind of food. The tradition in my family was that the parents put the food on the plate and the children couldn’t leave the table until it was all eaten. That left me with a big appetite. I could be eating every hour to every second hour. It was a very difficult time for sure. It was very stressful. It felt like everyone else around me was either getting love from their family and I was too damaged in my mind to have any kind of productive relationship. The food was the only thing I could count on to be there.

So how did you start to create a change when things were so tough?

It was just before Christmas in 2006 and two things happened. Firstly, my father died and secondly, one day when I was walking to school with my thumbs hooked in my rucksack and I fell over and broke my shoulder. My spirit was low and almost crushed. The doctor said, “I’m not sure because of your size that I can fix that. And if I do what will you do with your body?” I told him that I would join the army and dedicate my time to improve the world. He had a laugh and said ok, let’s keep it realistic.

[blocktext align=”left”]I told him that I would join the army and dedicate my time to improve the world. He had a laugh and said ok, let’s keep it realistic.[/blocktext]

It only took me three years after he repaired me to do my basic training and following that I decided to change job and I thought I could maybe look at the army. I looked on the home page of the Swedish army and I thought if I’m going to apply I’d better choose something really ridiculous and crawling up to a live mine is pretty ridiculous. I sent an application and it took them two days to get back to me and say, fantastic! I threw the dice and went to become a soldier.

What sort of diet did you do – how did you actually lose the weight?

After the surgery you’re required to do physical training to regain your mobility. I took that as my springboard to start exercising regularly. And since I was training a lot as a teenager, I remembered that slow and steady wins the race. So I just tried to do something every day. Around 2009 I was searching on the internet and I saw New You Boot Camp which looked really interesting and I decided to give it a go – at this stage I was around 140kg.

The first Boot Camp I did was very heavy. It was the first time they did an all male bootcamp. It got me the realisation that I may not be the fastest or the strongest but I don’t quit. The PTs told me that they had set up guesses on roughly how quick people would break. And they said I’d be done in four hours and it actually took me a day and a half! By then I was so tired I tried to pick up a single green bean at lunch but I couldn’t move my arm. So I started crying and one of the coaches Jackie sat with me for an hour to motivate me to lift my arm and put the food in my mouth! That was my turning point.

The motivation I started was that on the first boot camp on the first fitness test I was second to last. The second year I was in the middle. And the last one I went to I was first. That gave me the perspective that you can progress. Two years is a very short period of time but you can change so much in that time. 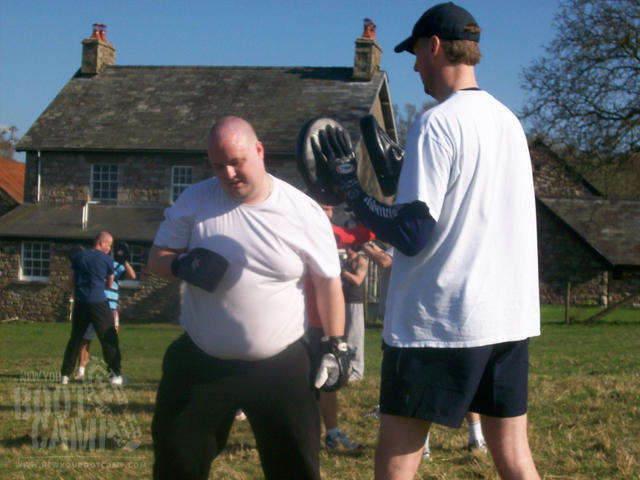 You’ve said that you overeat because of emotional pressures – how would you advise other people in that situation to overcome that situation?

The first steps for me were learning that I could survive on less food. The boot camps taught me that part. I got home and I taught myself to cook properly. After that I stuck to avoiding half-made foods. I had things that I could identify from animals and farms. I stayed away from anything that had the word “light” in it. In 2009, I started attending a group for people who had lost close relatives – that group taught me to talk me about my emotions. As part of it we we had to see one of the trainee psychologists at the university.

It started out as a trial for me to see if I could make myself talk about emotions and after a few sessions I realised it was something I needed to do to save myself. I stayed for two years with one session a week. We talked about emotions and how in my mind there was a lot of guilt and blame attached to food. I would hugely recommend going to a psychologist and getting professional help if you’ve got a similar issue. A fresh pair of eyes on the situation is what you need and you need it from a person who doesn’t know you. It helps you to understand why you are eating the way you do.

Do you think the mental side of weight loss is overlooked then?

[blocktext align=”right”]For me it’s about being able to work out, to work, to have fun and appreciate that the emotion of life is joy and not fear.[/blocktext]

What I think people need to know is that you all are not alone. There are more people who feel hurt that ended up in your situation. They have found the strength and courage to go and talk to someone. Finding the courage to share how you feel, it doesn’t have to be someone you know, it’s almost always better to be someone you don’t know. Start talking. See if you together can find out what the core issue is.

In my mind the mental training is very needed for the physical training – they are interconnected. The biggest thing is that if you are going through the process of exercising your physical body, you need to also go through the process of making your mind tougher as well. Explore your dark things – if you only deal with one of them you will fail. You need to deal with them together. They feed off each other – if you can be positive in your mental approach this will make it positive in your physical approach. 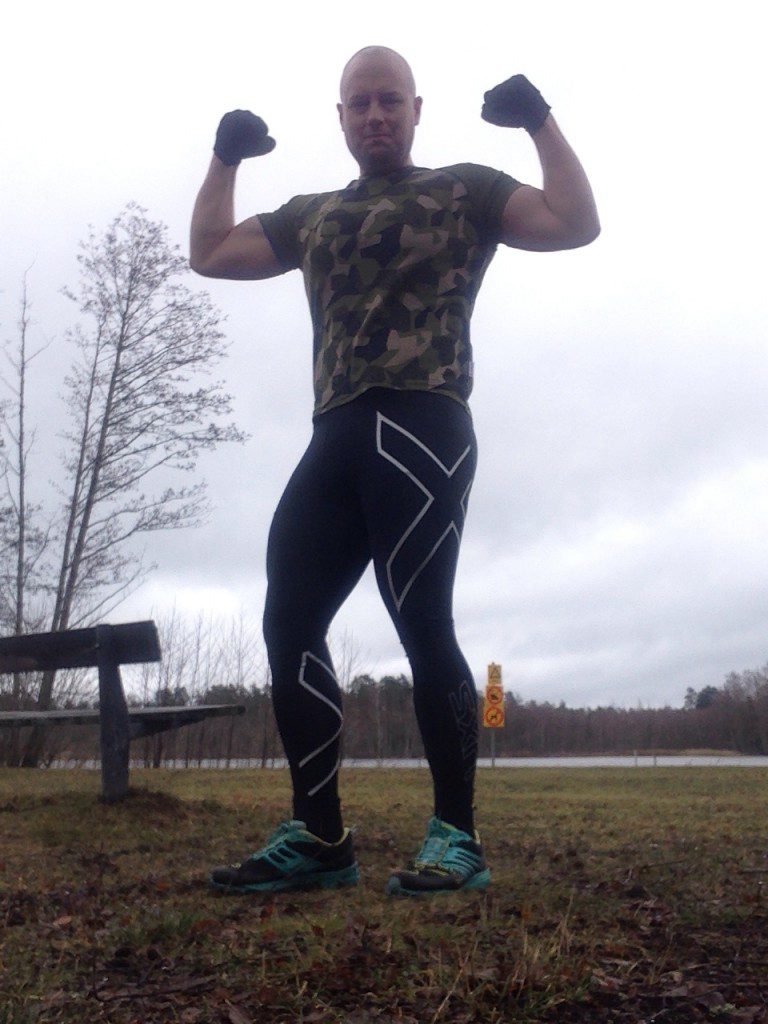 So are you all done with your weight loss now?

Nearly. In the first year the weight came off easily. At the first two boot camps I attended I was shedding 7 to 8 kgs each time. Easily. So I think I was holding a lot of water weight. The last years it’s been slower. I think I’ve done the majority of the weight loss. Now it’s just fine tuning. To get the results it’s always going to be small variables to change. It could be fine-tuning very small things. It’s important that people know that weight loss is not a short term goal, it’s a way of life, it shouldn’t be about reaching a body fat percentage or a weight – it should be about living healthily. For me it’s about being able to work out, to work, to have fun and appreciate that the emotion of life is joy and not fear.

Our thanks to Chris for sharing his story – it’s a fascinating point about addressing the mental side of weight loss, is this something you’ve had to address? If so, share how you’ve won the battle so we can all benefit.