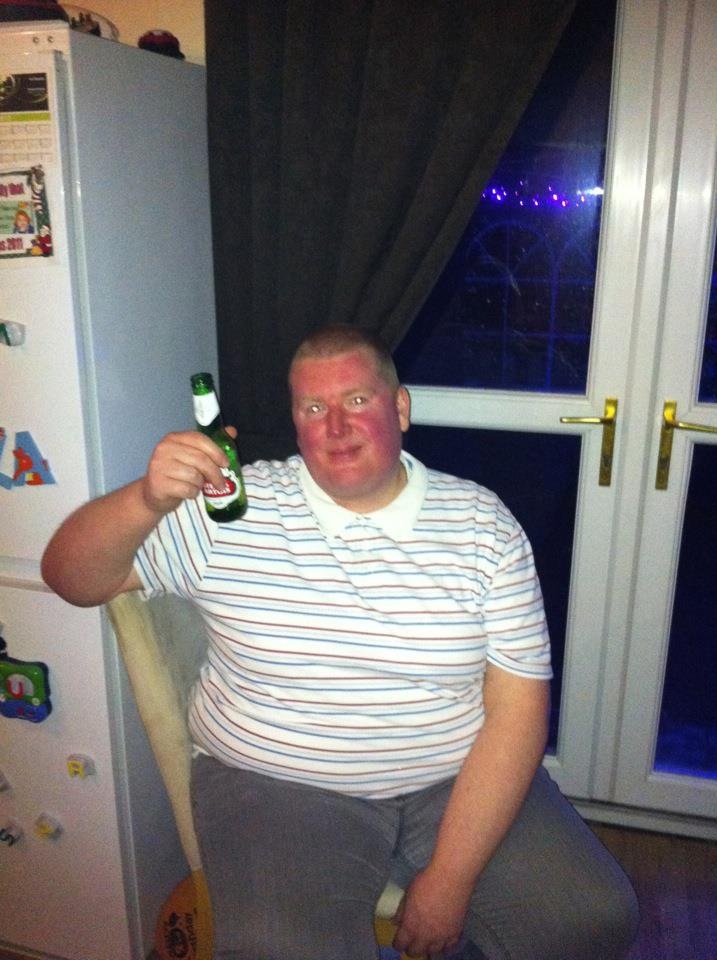 Finding motivation to lose weight comes in many forms – what was it that drove you?

When I decided to lose weight there was nothing really that forced me. My health was ok, or at least as good as it can be when you’re nearly 25 stone. I turned 39 and you always hear people saying that it’s all downhill from 40, but I thought if I could take control of my weight then it could be just the opposite and life could begin at 40. It still took six months before I got my head into the zone to go for it and join Weight Watchers. 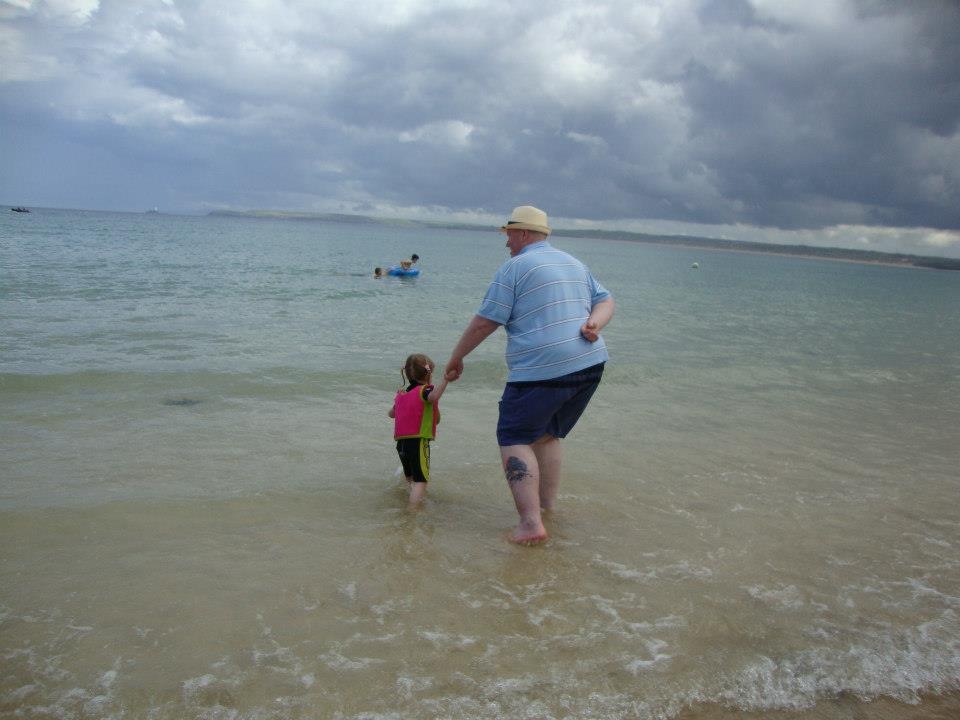 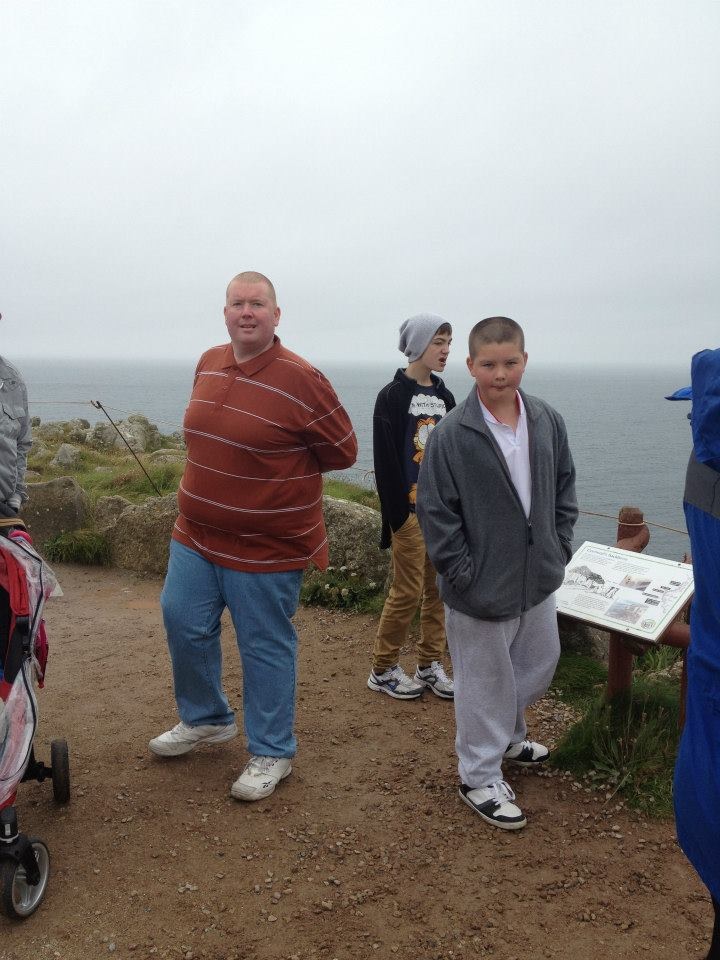 The biggest factor keeping me on track week in week out came after about six weeks into my journey. I had lost about two stone at this point and was sitting with my oldest son who was 15 at the time just talking about his 16th birthday and me losing some weight. He loves Alton Towers and had always gone with his mum for his birthday, I never went because I couldn’t fit on the rides. So I promised him, I’m going to lose enough weight so I could take him for his 16th birthday and go on the rides with him. It gave me seven months to lose enough weight so I could go with him.

What sort of challenges did you get along the way?

I did have experience of weight loss because I lost about 8 stone before when I was getting married, but then the marriage only lasted six months and I put it all back on again. This time I was doing it for me. I not going to say it was easy because you get moments that are tough, but just knowing I was getting weighed at Weight Watchers each week and the big promise I had made to my son kept me focused.

A big challenge which I overcame was when I was playing cricket for work. I think I had lost about 10 stone at this point. I was batting and somehow I managed to snap my Anterior Cruciate Ligament. This stopped me moving about for two weeks while the swelling came down. I then had ACL surgery about three months later that again put me out of action for a good month. Even though I was out of action I was determined I wasn’t going to put weight on. In fact all the way through my 16 month journey I’ve only put weight on three times. 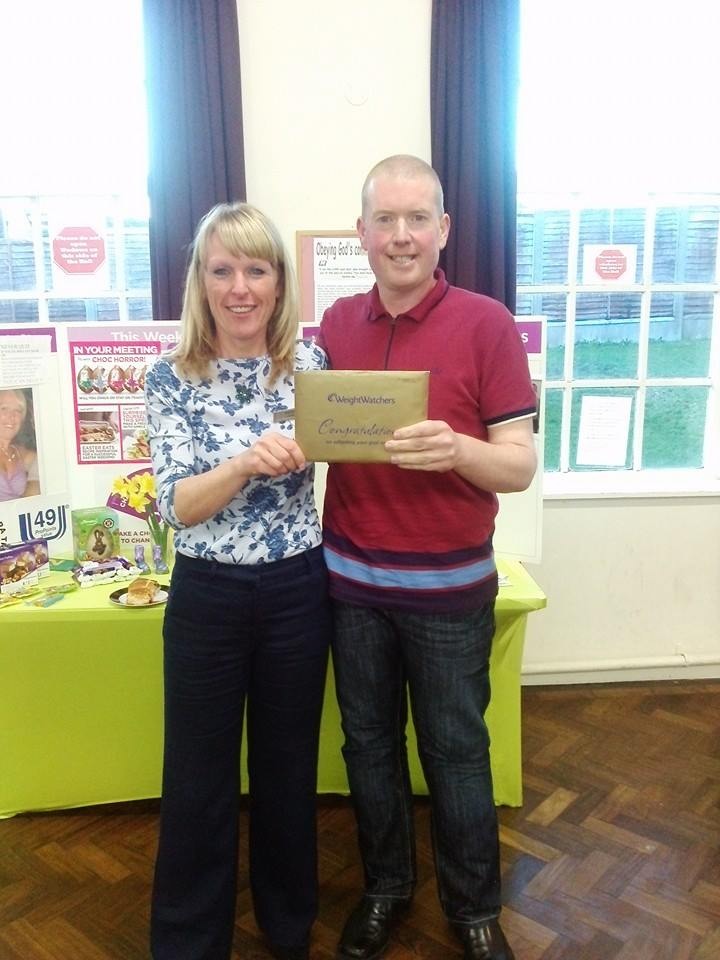 How did your eating change with Weight Watchers?

What other changes did you make to your intake?

Now I don’t have take aways. In fact, last year I set myself a New Year’s resolution to see if I could have five or fewer take aways during the year. I ended up only have four through the year and then it was smaller portions without the bread. I still go into the chip shop now and again to get my boys something but I’m so in control that I won’t get myself anything.

Alcohol would also play a part in the before meals, not a lot but a couple of glasses of wine with the evening meal each night. I’d have a few more at the weekend. After a month of my weight loss journey I stopped drinking for six months to aid my consistent weight loss. My best friend said I became boring but she stuck by me as I was so focused on hitting my goal. I now only have the odd drink at a weekend as a treat.

What tricks have you got for anyone else on Weight Watchers?

If I got hungry then I’d get a couple of low fat biscuits or Jaffa cakes, just a couple and not a packet. If it’s chocolate I crave then I’d have a Highlights hot chocolate which only has 40 calories. The other thing I’d say is that apples are good as they take longer to eat and fill you up more!

A big thing that I’ve changed is I no longer spend my spare time playing xbox! I now enjoy walking. Walking has been a big aid through the journey for me. After I had lost about three stone I started to feel good and wanted to do something to help me keep up the consistent 4 lb a week weight loss. So I started walking, just slowly and not too far to start with. I kept upping the distance and I got that little bit faster as I went along. 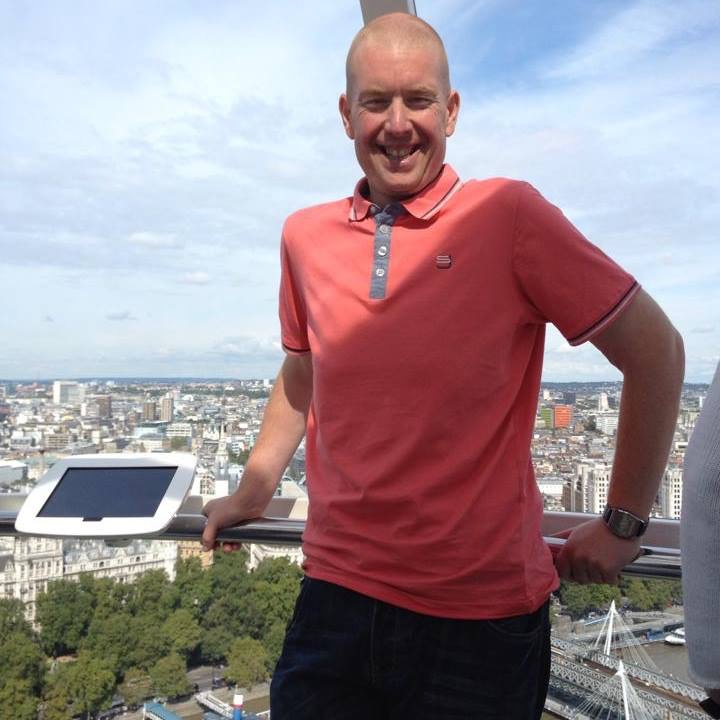 I came across a great app called Endomundo that tracked my distance and time so I challenged myself along the way. I now go walking every night after work for about four miles and at the weekends I do eight miles each day. I just set the app going, put my podcasts on and away I go. I now do the walking for enjoyment and not because I need to. I never once joined a gym.

Why did you choose walking?

The main thing was because of the added cost at joining the gym, but also I just wouldn’t have felt right going to the gym at the size I was.

Support is a massive part of any weight loss story, who helped you along?

The biggest help would be myself as you need to get in the right mindset. Also I have to say my weight watchers leader Louise (who is on the photo above) she would always be helping and checking to make sure everything was ok. She has now moved on from Weight Watchers but we are still friends and keep each other motivated by checking in from time to time. I was so determined that nothing was going to get in my way.

What did you think of the Weight Watchers’ meetings?

The meetings were good but really it’s knowing that you are getting on the scales at the meeting that keeps you on track. I was the only man who went week in week out, another man did come now and again. I expected it to be that way but wanted to do it and the group made me very welcome. There are still only three men that go now!

How stupid were you to put the weight back on after losing eight stone the last time? I’m never going back again. A big thing I like now is that I can walk into any shop to buy clothes. When before I could only get clothes from special big men’s outlets. When I started my weight loss I was in 52″ trousers and 4XL tops, I’m now in 32″ trousers and small tops!

If you could pass one law to help the culture of obesity we have what would it be?

The biggest culprit is fast food for most people so I would make it so that everyone could only have one take away per month.

So what happened with the trip to Alton Towers?

By the time his birthday came around I ended up losing nine stone and could fit easily on the rides – check out the picture! 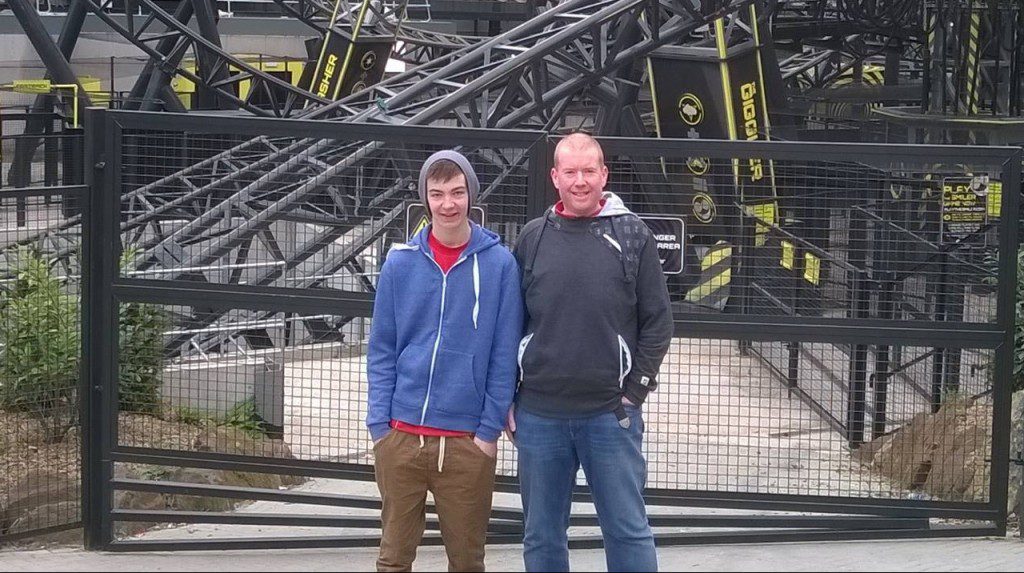 Our thanks to Chris for sharing his story. What’s driving your weight loss? Do you have an ultimate goal?