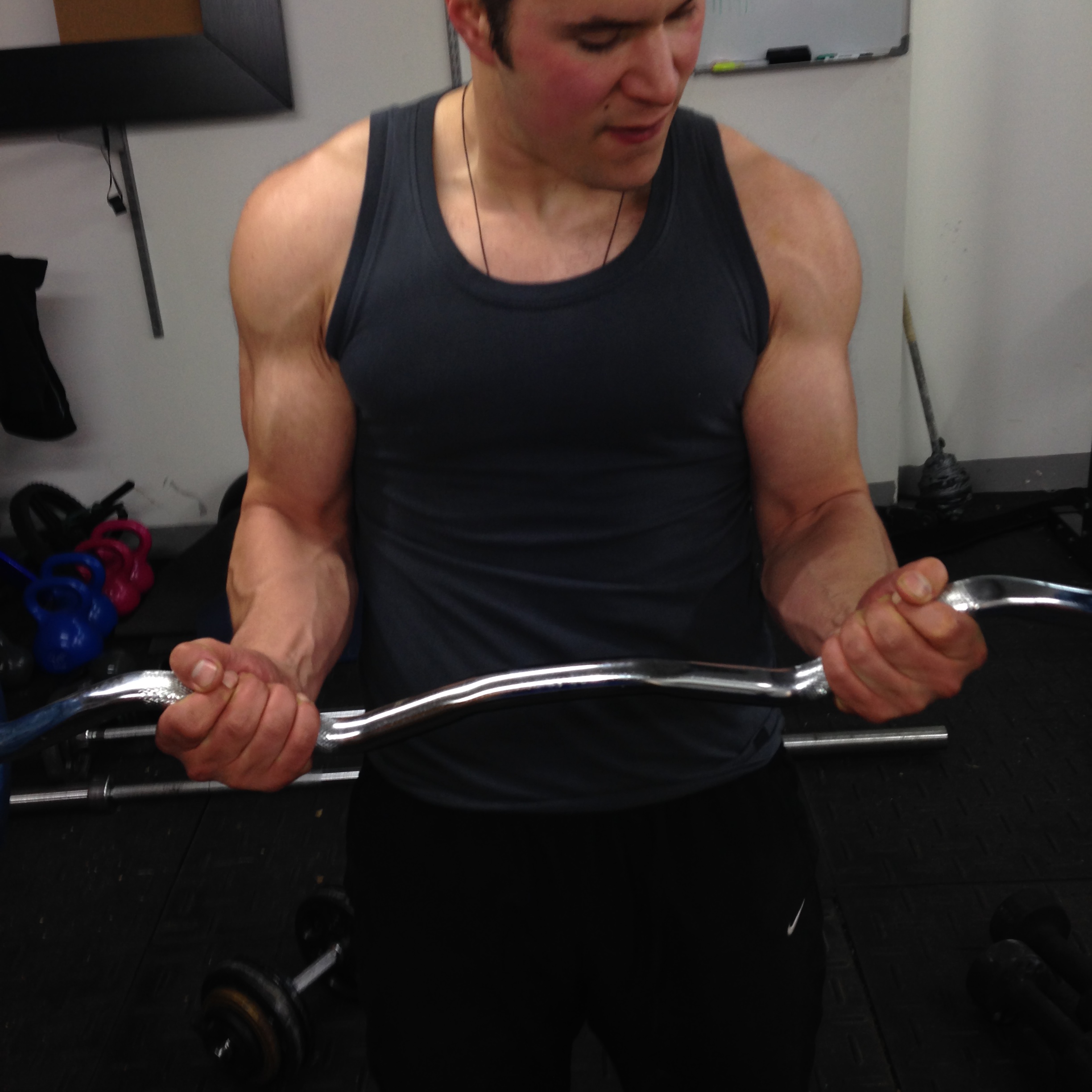 You’ve lost over 60lbs now Angus and your fitness levels have gone through the roof. I know that you’re a big believer in weight loss starting with personal responsibility, how did you get to that point yourself?

I tried to think of the secret of fat loss, and realised that it was simple: don’t give up. Perhaps I was sick and tired of being sick and tired. I had bombarded myself with lots of information about the food industry, that made me sick physically and mentally. How could they sell food the way they did? Why didn’t the government stop them? Then came the realisation: I already had the information. I couldn’t blame the government or the food industry – they were just trying to make a quick buck. The real villain was me. At the end of the day all the information on what to eat and what exercise to do was there. Ronald McDonald wasn’t force-feeding me mutant hamburgers. It was me…

What other excuses had you used in the past? 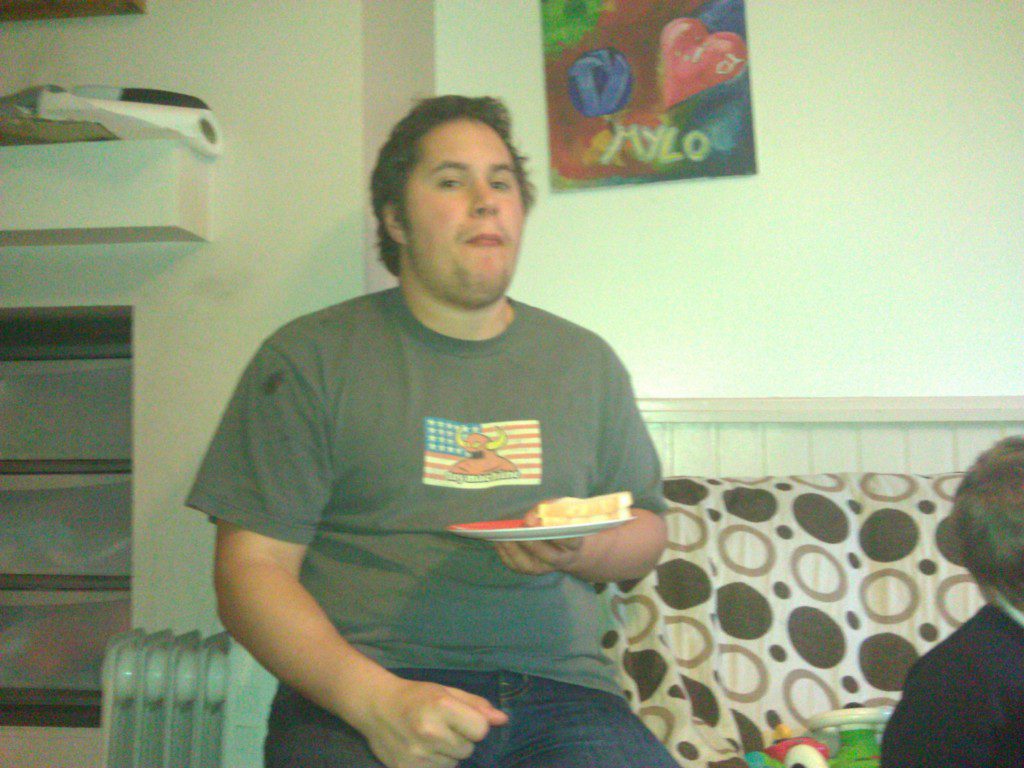 I realised that it wasn’t my parents’ fault; I didn’t have a fat gene, or any of the five million excuses I told myself in the past. It was me… I was mindless, I wasn’t in control. Was I brainwashed or just lazy by mindlessly shoving empty calories into my face? It wasn’t just about the empty calories. I was consuming through my other senses as well: meaningless stimulus, fake useless TV programmes filled with commercials that made me fatter and sicker. Information in the mainstream media was criminal.

My thoughts, words and actions were not in sync, and I did not practice what I preached: I would tell everyone about the dangers of fast food, but I would consume it myself. But at some point the flip switched in my head and I started to align myself with what I thought. I really wanted the world to get fitter and healthier, and would have liked like to see a ban on unhealthy ‘foods’. But there was another way: all I had to do was to remove unhealthy foods from my reality. If everyone could do the same, these companies would not exist.

So when you mentally found yourself ready to change what did you do practically?

I started to vote with my pounds. I had a choice – a choice to control my reality, maybe not as much as Neo in the Matrix, but I could actively control what food and information I ingested! I had a choice to be healthy and happy as opposed to being sick and unhappy. And sticking to that choice had gradually led to achieving my goals. In short, I needed to be the change, rather than just waiting for one.

I started to align myself with the things that would let me achieve my goals, rather than get off track:

– I stopped watching TV; instead I would watch YouTube tutorials on exercise and nutrition. I really like YouTube coach Matt Wichlinski and kettlebell coach Steve Cotter;
– I started listening to motivational podcasts;
– Waking up at 11-12noon on Sunday was replaced by an 8am run,
– I went from a non-reader to reading countless books on psychology, diet, nutrition, exercise and self-help. I particularly recommend Geoff Thompson.

I had changed from a creature of comfort to a warrior of discomfort. As hard as it was, it had to be done and endured. I had spent all of my life looking for the easiest path. I was lazy, weak and soft, and if I left it any longer the hard road would be to long. There was no better time to start the journey! There is never better time to start anything, than right now. There were of course hurdles and set backs (and still are), but these were just challenges and they could be overcome.

I know you’ve done a lot of research into diets and weight loss – how do you describe your weight loss strategy now?

Over the years I’ve done them all, some I still use, others I’ve left behind.

1) Food combining, where I would not mix starchy carbs with protein and eat fruit on their own. The idea is that the body makes different chemicals to digest carbs and protein in a more efficient way, while fruit digests quickly. So I would normally have meat with vegetables or carbs (rice, pasta etc.) and leave two hours between meals. That gave me good understanding of what protein and a high sugar carb were.

2) Calorie counting, where I would split my macros into 40% of protein 40% of carbs and 20% of fat. I would weigh my food and make lots in bulk and would eat six meals per day. This opened my eyes on how much food I could eat in a day and still lose weight, and the difference in calories in good food vs bad food.

3) Intermittent fasting was a game changer for me. I really didn’t think it would work, and that I would give up on it, but it was easy and effective. I would fast till 1-2pm then eat till 7pm (normally two big meals and a few smaller meals or snacks), then fast till the next day. I was a really bad secret eater, so the great thing with this was no food meant no food, so every time I felt peckish, I could only have water,

I self experimented with different diets, and the main takeaways were:

– Eat real food,
– Cut sugar as much as possible,
– Keep educating yourself,
– Get your mind right and the body will follow 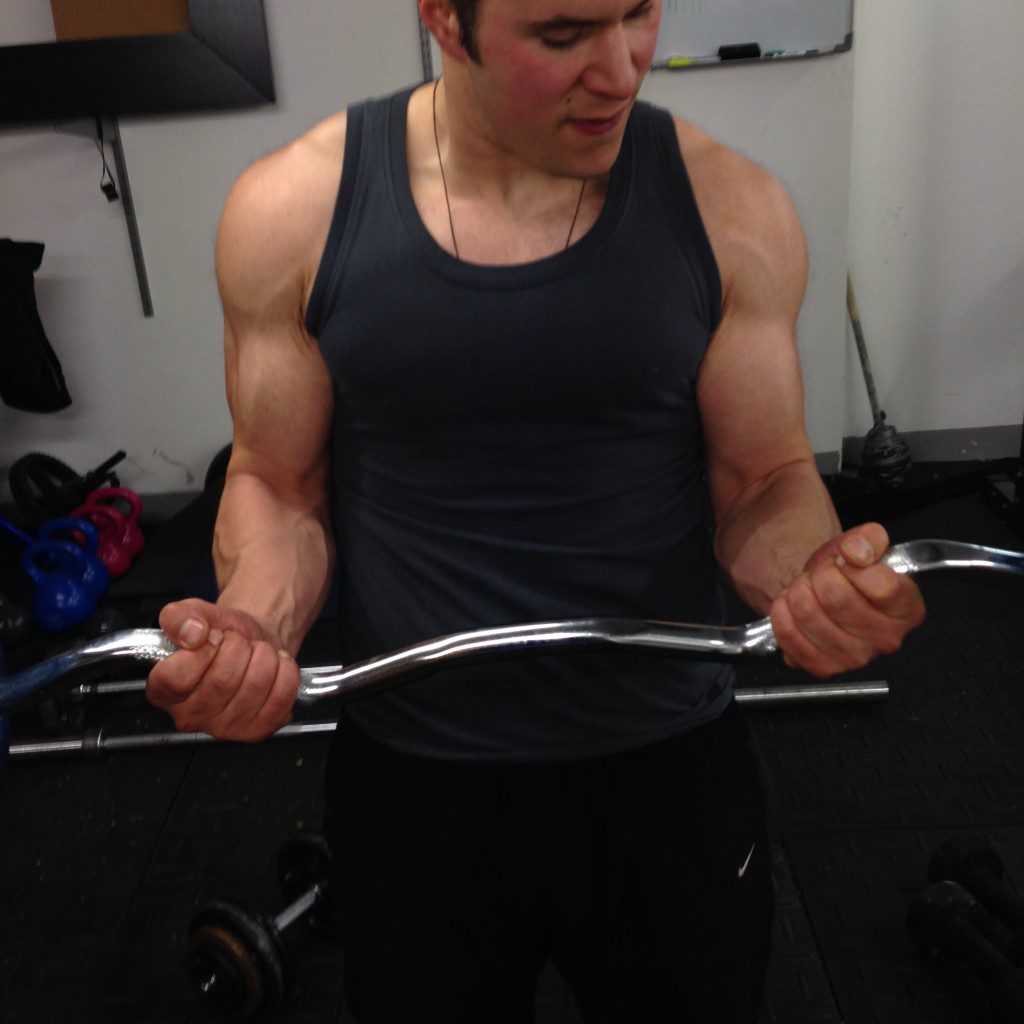 What would you eat over the course of a normal dieting day now?

In the morning I would fast or have a coffee with butter and coconut oil or cream, or bacon and eggs and black pudding and some veg like spinach. I normally workout in the morning lifting weights, sometimes do some high intensity training as well. I occasionally go for a 2-3 mile run.

Lunch is normally some kind of meat, with lots of veg, I normally work from 4-5pm till 9pm, so I’ll have rice cakes with nut butter, or meat, or goats cheese as a snack. Then I’ll have a late meal after work (around 9pm): meat and veg again. If I’m not working then I’ll eat earlier.

I also may fit in a cheeky late workout. I’ll have a protein shake after a workout if I need it for recovery or not going to eat for a while. I also take vitamin d 4000iu per day. I’ll drink lots of herbal teas during winter months and mostly water during summer months

What sort of challenges did you face on the way to dropping the weight?

I was eating well, lifting weights, but I knew I needed to do some cardio. As I hated running, that’s what I decided to do! I read a story about Lance Armstrong’s hill training, which made him unstoppable on the Tour de France. So I thought if I could run up hills it would make the flats easier. Not far from my house there was a stretch of road – 1 and half miles long all up hill – that’s where it started. I would run – stop – run – walk. I was 100% committed to change, even the thought of people seeing a fat guy out running didn’t stop me. I wanted people to see me. I wanted people to know. That was the first hurdle.

The second was the running itself, but the more I did it the better I got. My first mile of nonstop running was all down hill, and I thought: that was it, now I had to do that every time. It didn’t take long before I could run one and half mile up hill and then back down. Then I pushed further and further.

Then there was hurdle number 3. Every time I was running I would need the toilet, so I started running with toilet paper! As much as I started to enjoyed running, I dreaded going because of the embarrassment of jumping into a bush! It seemed unfair, that after putting in so much effort I had to overcome more and more hurdles! Why was it so hard? I really didn’t need any extra problems!

Then the answer popped into my head. All this time I was looking for a weight loss and that was it: all the sh*t that had been accumulating in my body over the years was literally coming out of me. I realised my body was changing and this was its way of cleansing itself.

The next hurdle was planter fasciitis. This halted my running and my progress, so I had to stop running for a while and started doing more kettlebell training.

To start with, I don’t have any near misses when I go running now! I have become a lot more adventurous and more confident. I’ve done Tough Mudder, became a personal trainer and done my CrossFit level one training. Being able to go swimming with my kids is huge, as this is something I have been avoiding for 20 years.

I have a job I love and feel great in my own skin. People are always looking for wealth and health, but if I had to choose one I would choose health. Wealth is not much use if you can’t enjoy it being trapped in a fat body. A fit strong body can’t be bought; it has to be worked for, so I feel like a health millionaire and I’m working on billionaire fitness status.

Man up princess! All the things you want are just at the edge of your comfort zone.