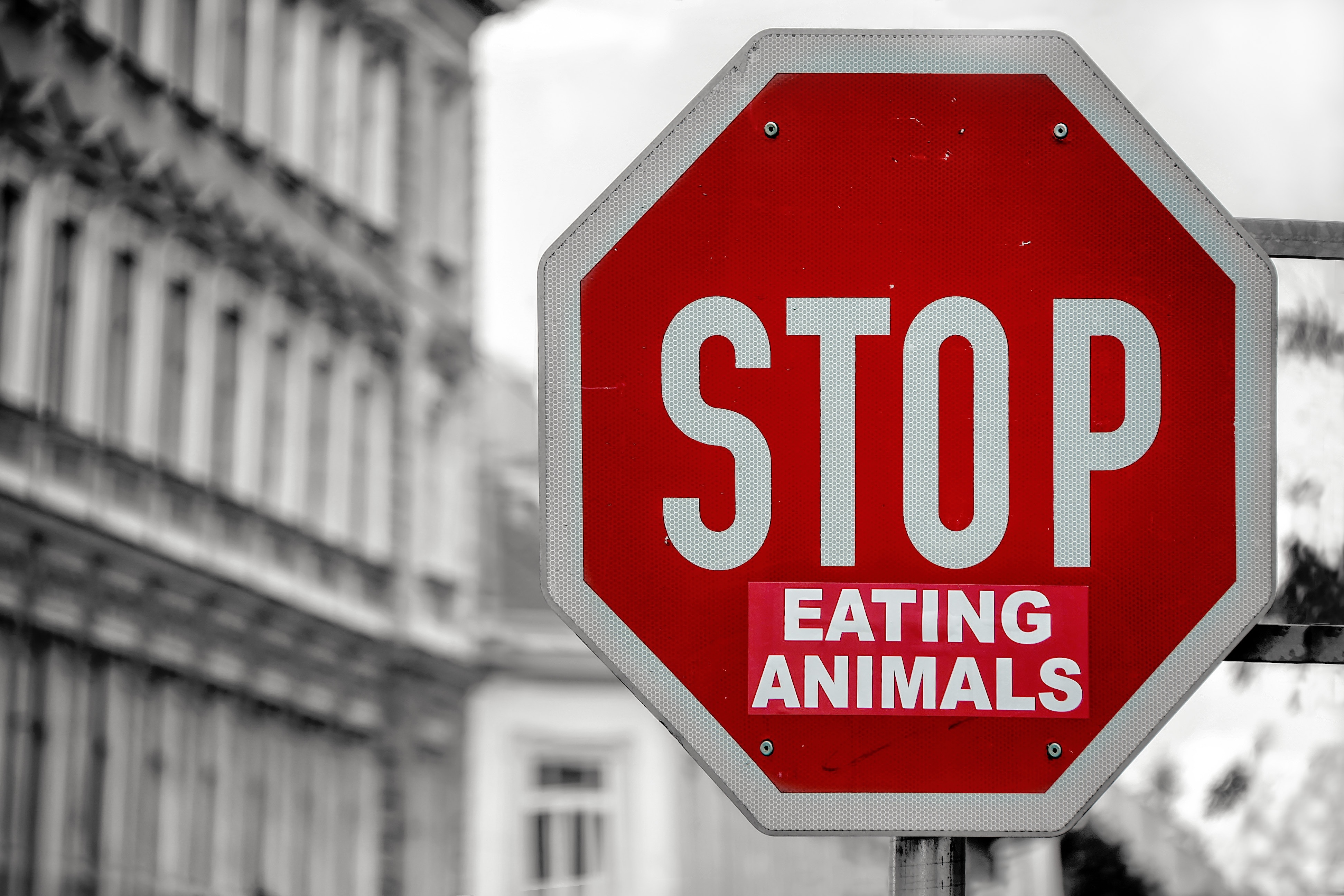 If you’ve decided to give Veganuary a go, it can be a bit of a shock to the system, especially if you’re used to loading up on meat at every meal.

We’ve found that veganism hasn’t been all that popular – whenever we’ve mentioned it on here or on Instagram it’s been met with resistance (with the majority of people voting on IG earlier in the year saying that they absolutely would not be cutting down on meat). So if going meat-free is not for you, that’s cool, but for those that want to give it a shot (and here are 6 science-backed reasons to do so), Veganuary is a good place to start. 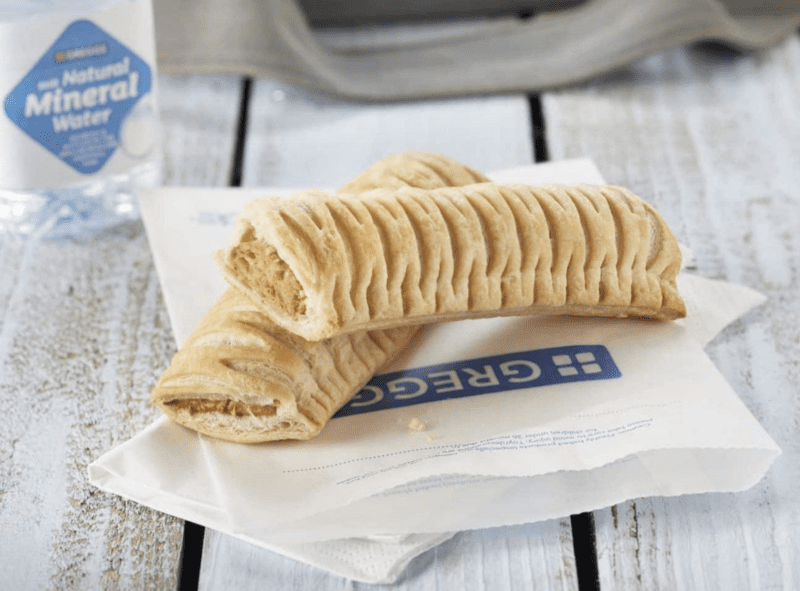 Launched last week, Greggs are making vegans everywhere jump for joy with their new vegan sausage roll. It’s made with a ‘bespoke’ Quorn filling and is 311 calories.The Facebook post announcement was full of people arguing about the meaning of ‘sausage’, asking if it’s April Fool’s Day and (my favourite) saying ‘this is going to take up space on the shelf that could be used for real food’. Imagine getting mad over a sausage roll.

Reviews have been mixed (Piers Morgan aside, who obviously was going to spit it into a bin live on TV), with some (mostly vegan) people saying it’s quite nice and others, who are used to the pork version, saying it’s not a patch on the real thing. But still, a viable option if you’re out and about and need a quick lunch. 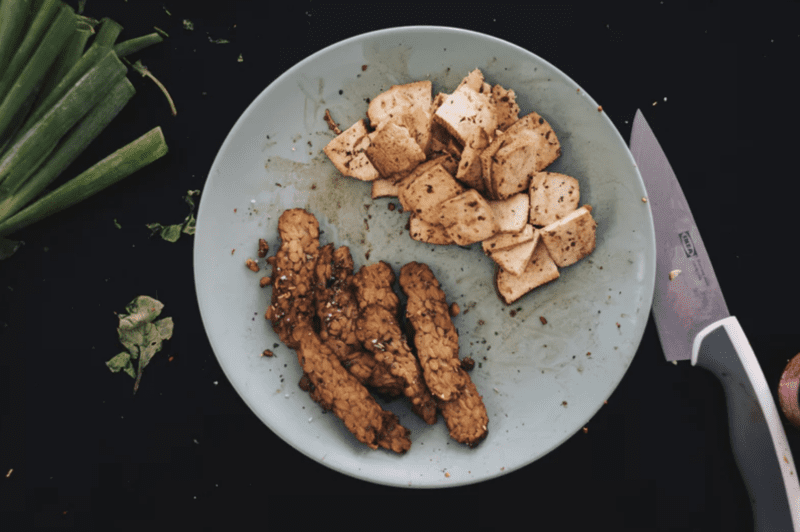 Tofu might not be the most glamorous of foods, but it is one of the most versatile. Don’t be put off by its looks – it really is just a beige, slightly squishy slab, but treat it right and you’ll be rewarded with a delicious accompaniment to any number of meals. The secret to good tofu is to press it before you use it, so that it firms up. I wrap Cauldron’s blocks of firm tofu in kitchen roll, sandwich between two chopping boards and weigh down with my heaviest cookbooks. If you can leave it for a few hours, great, but if not even half an hour of pressing will do wonders. Marinate in teriyaki and oven bake for 30 mins and you’re sorted.

If you can’t be arsed with the faff, you can get pre-pressed, marinated tofu too, which are a great addition to a quick stir-fry as they take only minutes to cook.

You might be a little underwhelmed by milk alternatives if you’re used to having dairy milk in your teas and coffees, as plant-based milks have a tendency to be a bit watery and some even curdle when added to hot drinks (Tesco Value soy milk, fyi). Alpro Soy ‘For Professionals’ is widely thought to be the best non-dairy milk for adding to tea and coffee, and its what they use in Starbucks and Costa as it makes for a good latte. Another strong contender is Oatly Barista, which is oat milk also used by baristas, although we have heard that it routinely sells out across the country because of its good reputation. Alpro for Professionals is 42 calories per 100ml, and Oatly Barista is 59 calories per 100ml.

If you’re used to spreading Flora on your sarnies, you can make an incredibly easy switch to Vitalite, a dairy-free spread. It’s really hard to tell the difference, and Vitalite also works just as well as dairy spreads in sauces and baking. There’s also a dairy-free version of Flora, and a brand called Pure, which is also gluten-free. 10g of Vitalite is 50 calories. 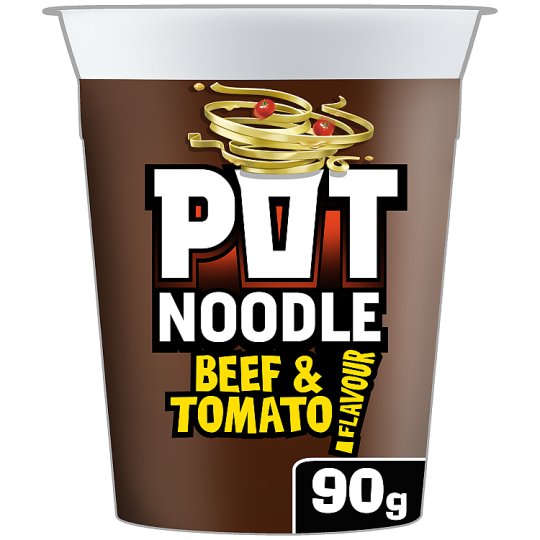 Bisto (original and onion), smoky bacon Pringles, bourbon biscuits, and Co-op custard doughnuts are all vegan, as are Oreos, chilli heatwave Doritos and beef and tomato Pot Noodles. Now, we’re not suggesting you go on some kind of doughnut, crisps and gravy bender, but it’s interesting to know that there are some things that are just vegan already, no special green packaging and inflated price required. It is especially interesting to know that you can make a smoky bacon Pringle, or a beef and tomato Pot Noodle, and not require a single bit of animal. Weird.

Pot Noodles aren’t exactly the shining jewel in a healthy eating crown, but they’re 436 calories and we say if you can fit a Pot Noodle into your day, then go for it.

Are you doing Veganuary this year? How are you getting on? Let us know over on the forum.