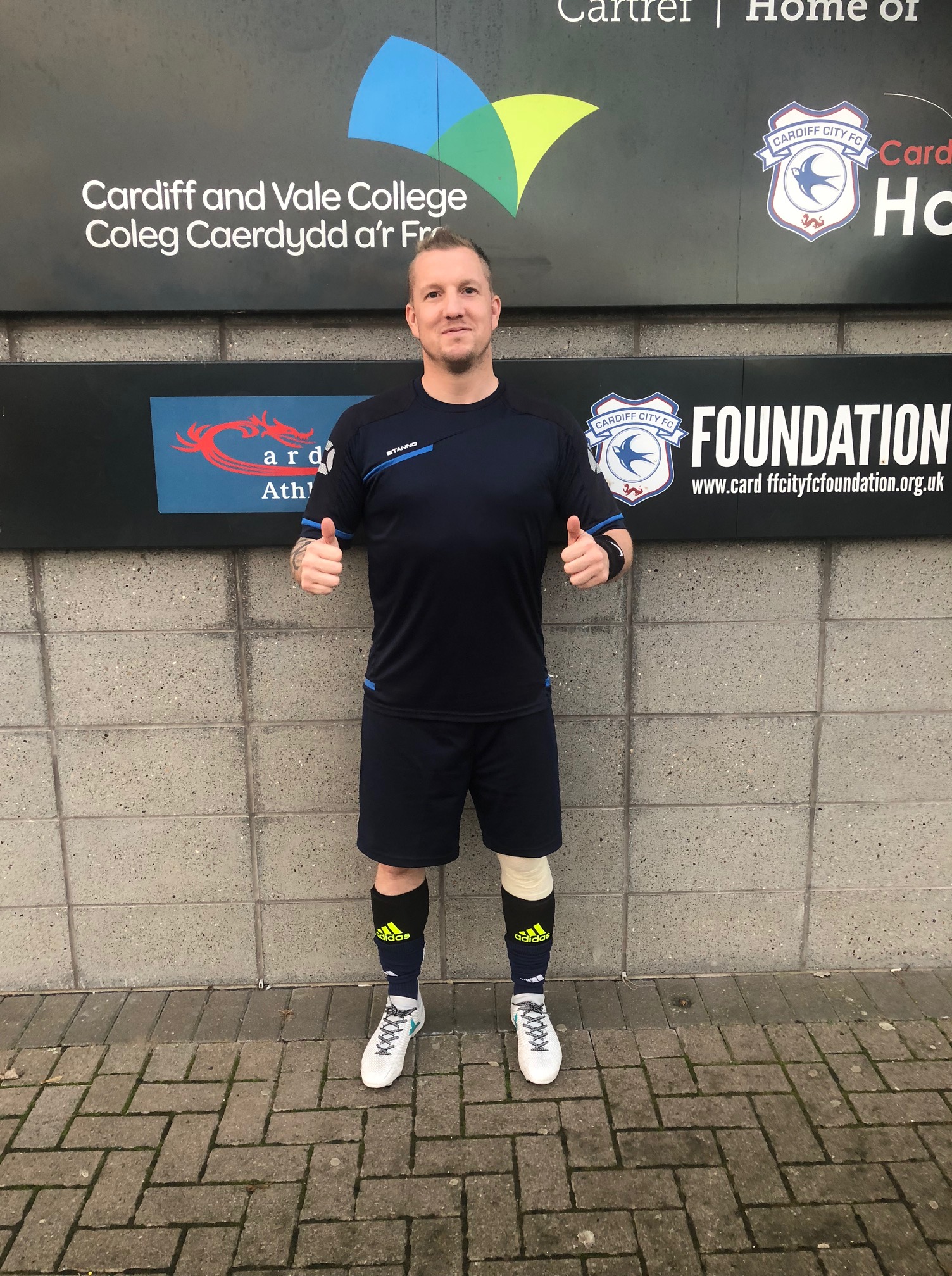 Broken inside and out, the road to a healthy weight wasn’t always going to be easy for this week’s Amazing Loser Matthew, a MAN v FAT footballer from Cardiff. He made it though, and this is how he did it… 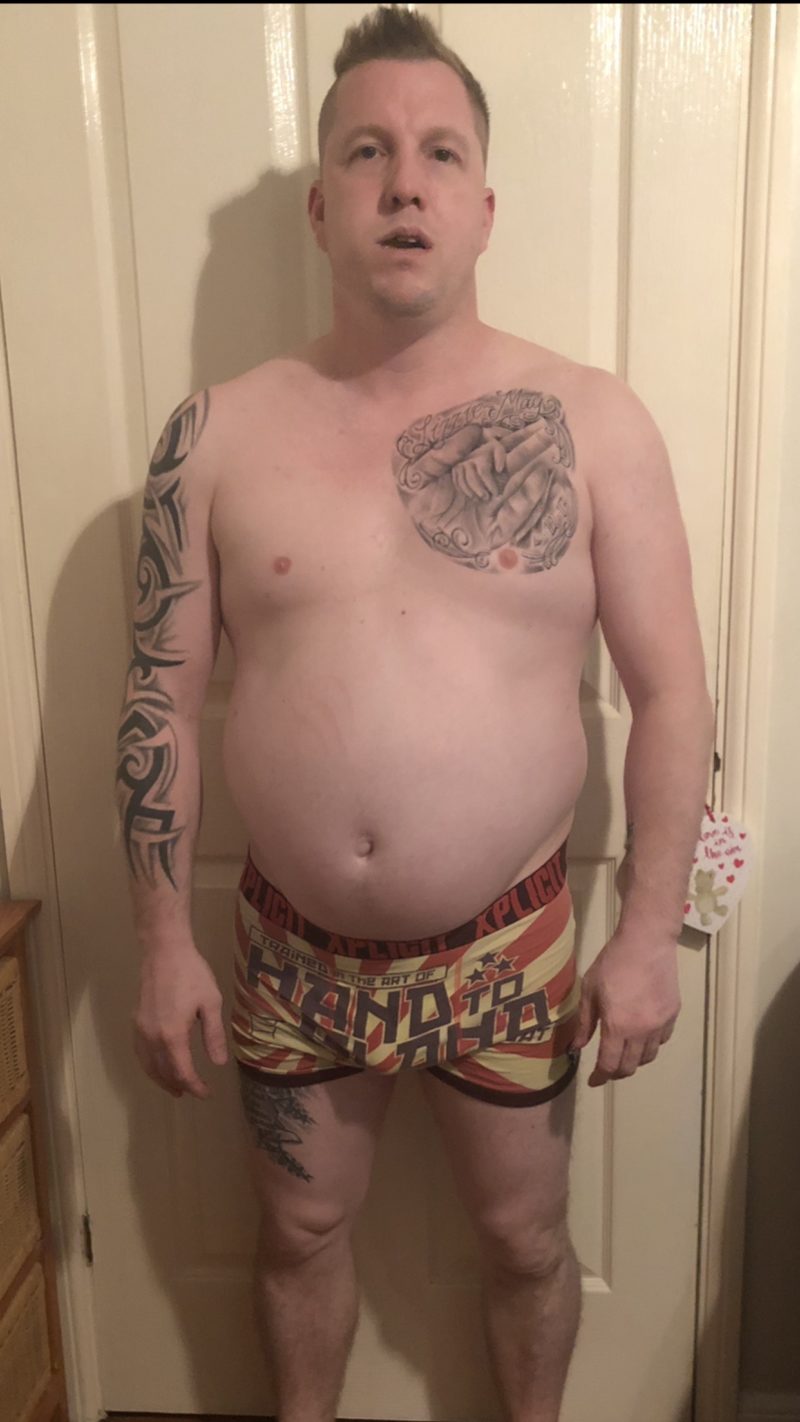 It began when I was 24 and I’d broken my leg for the second time in my life. I stopped thinking about what I was eating and the weight started to creep up on me. As I got older, my weight became harder to shift and yet another leg break meant I could no longer play football – my only real form of exercise.

This was detrimental for my health, as shortly after my forced retirement my weight increased rapidly, reaching 15 stone at my highest.

Simple tasks like walking up the stairs and taking the dog for a walk suddenly became unbearable as I couldn’t keep my breath throughout them. But as frustrating as a drop in fitness levels were, it was actually the ‘harmless’ name-calling from friends and family that hurt the most.

It might seem like ‘banter’ when you’re the one saying it but for those on the receiving end, it can be really damaging to their self-esteem. I was at a really low point mentally and physically, which ultimately culminated in me falling into a depressive state. 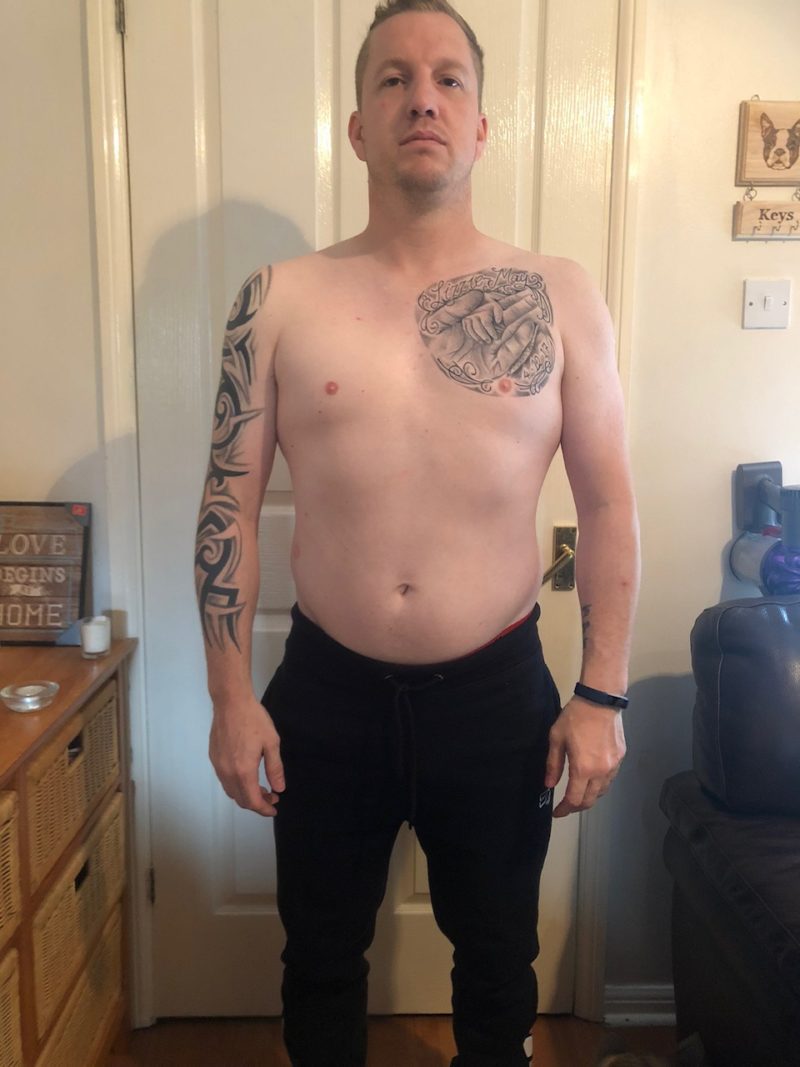 Quite frankly, I missed football too much. It had been a huge part of my life for 28 years, so to not have it was a huge loss.

I first thought about coaching, but then realised what young, fit, athletic footballer is going to listen to a huge fat bloke like me telling them what to do? I needed something to get my footballing fixes and satisfy my cravings.

MAN v FAT  Football came along for me at just the right time. After stumbling across an advert on social media, I was sold within minutes. Something that catered for obese men, while playing the game we all love and receiving 24/7 support and care from teammates and coaches, what could be better? I’d found my drive again.

I jumped straight in: I ditched the alcohol, got rid of the sweets, stopped the snacking, taught myself not to eat past 6pm, and gave up sugary drinks. For a man who previously drank over 7 cans of energy drinks a week, it was a big change and it was a huge step in the right direction.

After I had made these changes to my diet, the weight began to naturally fall away. Alongside the MAN v FAT Football matches, I began cycling weekly to boost the weight loss even further. I’d hit the ground running and quickly passed my 10% weight loss target after two months, but after a bit, my once rapid weight loss started to plateau. Having started out all guns blazing, this frustrated me as I couldn’t see what I was doing wrong.

This is where the help of the MAN v FAT coaches came into play – they suggested I should make little adjustments to meals and vitamin intakes and it worked wonders. I went back to losing weight at a healthy rate again and before I knew it, I’d lost over 30lbs. 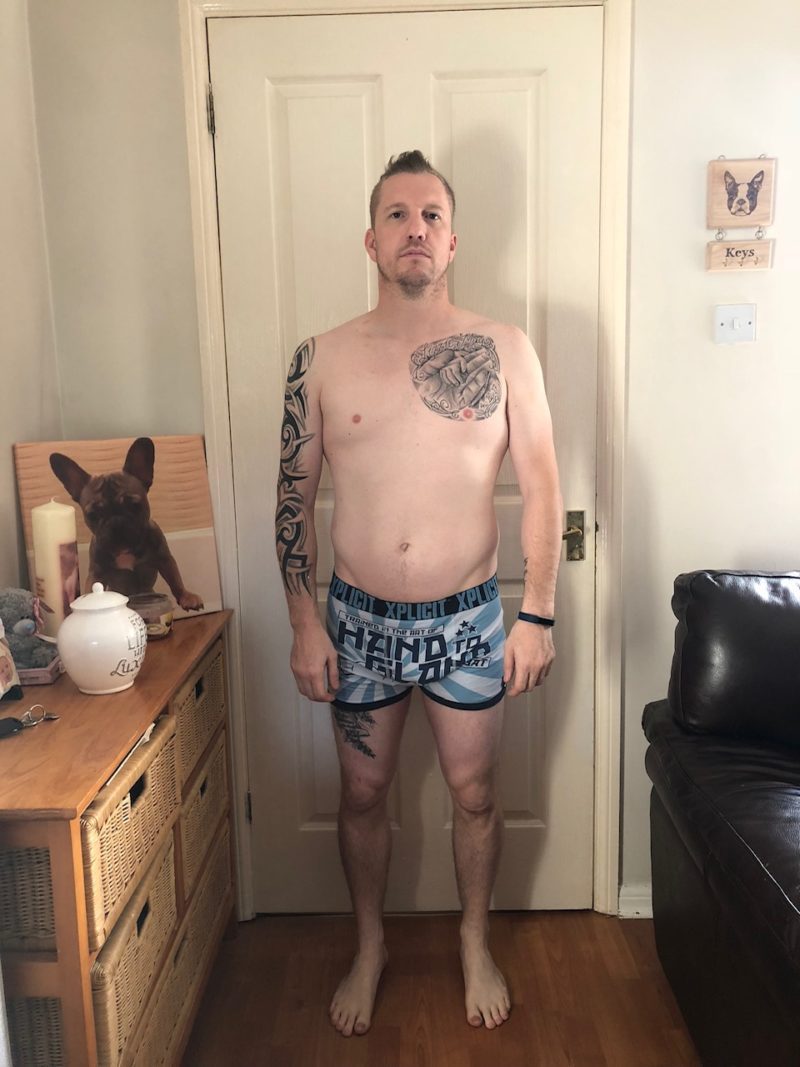 What did you eat before you lost weight, and what do you eat now?

Before, I’d eat anything and everything. If there were leftovers on my partner’s plate, I would be eating them before she’d put her knife and fork down! And as I worked nights a lot of the time, finding the time to eat healthily wasn’t always easy, so it was usually a packet of crisps and a cake for tea.

Takeaways were also a huge Achilles heel for me. My partner and I would sometimes have half a dozen in the same week – McDonald’s, KFC, Subway or Domino’s, you name it, we ate it.

Alongside the usual changes, like eating more nutritionally and drinking more water, one change I did make was to take my time whilst eating, instead of stuffing my face until nothing else fit in.

You’re a MAN v FAT Football player – how has it helped you in your battle against the bulge?

MAN v FAT  Football has given me the will, the drive, the focus, but most of all the support I needed to realise that actually, I can do this and I can make the changes I needed to get my life back on track. 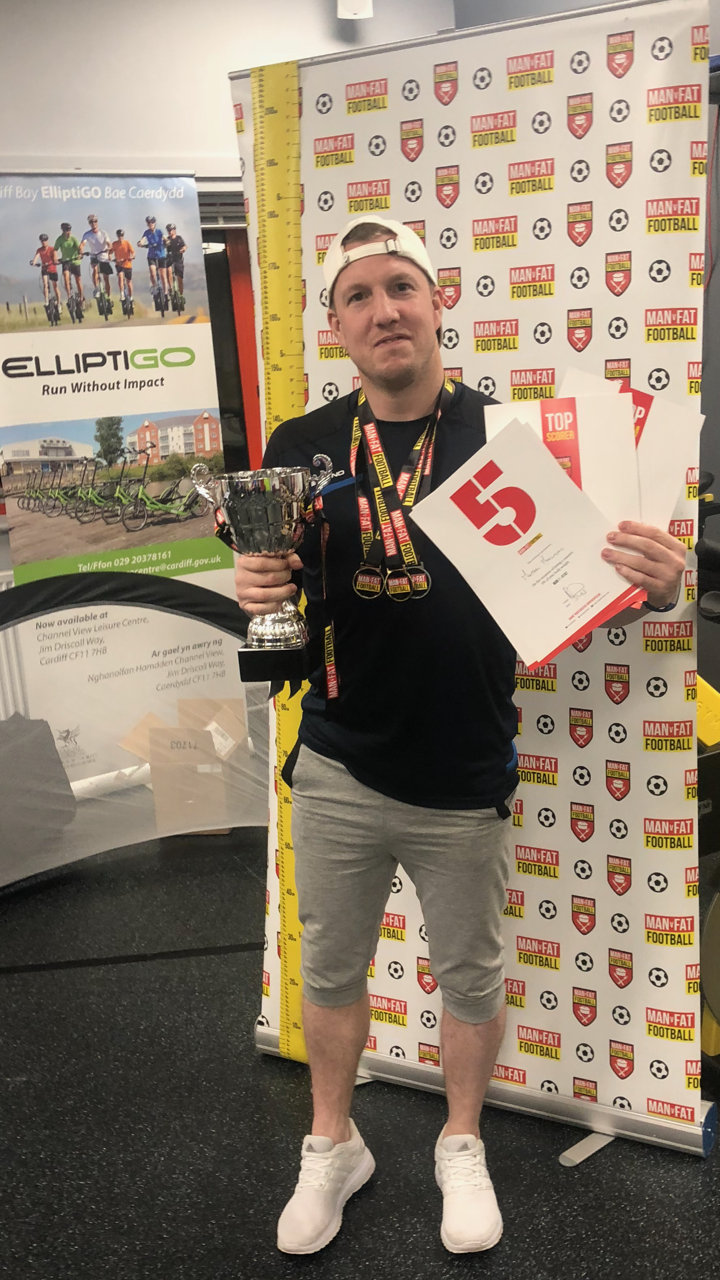 Why do you think it’s been so effective?

I think MvF works because it’s unique. There isn’t any other programme like it. I’ve spoken to many men who’ve said they’ve tried SW and other weight-loss programmes, but they were just too female orientated. MAN v FAT Football is exclusively for men and sometimes you just need to look around you and see that actually everybody here is in the same boat. It doesn’t matter if you’re playing against each other on the pitch, off it we are all one team with the same goal.

If MAN v FAT Football had been around 10 years earlier, I never would have never fallen down the slippery slope of rapid weight gain. My message is simple – if you’re a man that needs to lose weight and loves football as much as me, don’t waste time thinking about it, just do it.

The constant temptation of the foods you know you shouldn’t touch, but just can’t help yourself at times. You learn to avoid them – though not through disciplined measures like psychological punishments, but rather reminding yourself just why you’re doing this.

For me, I want to see my daughter grow up, get married and have children – if I’d continued to poison my body like I did, the odds of me seeing her live her life were stacked against me. 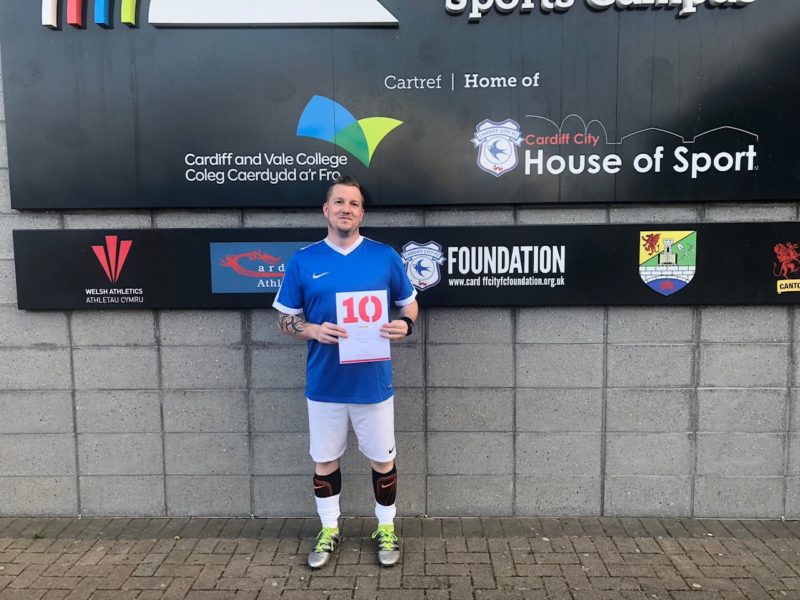 While I’ve gone down in size, my quality of life has changed enormously since starting with MAN v FAT Football. I’ve gone from an obese couch potato stuck in a rut of depression and unhappiness, into a fitter, slimmer, healthier guy, whose self-esteem is back and has regained his one true love, football.

But one of the reasons I decided to make a change was because I couldn’t handle the name calling and ‘fat guy’ banter – 28 weeks after starting the programme, the insults have stopped and my friends and family are constantly telling me how good I’m looking.

My partner has been my rock throughout this whole process. When I wasn’t motivated, she would remind me of my goals, making sure I stayed on track and I don’t think I’d have been as strong without her.

But the other amazing woman during my weight loss journey has been my mother; whether it’s the phone call after every MAN v FAT Football match or the support I got off her when I was struggling, to know you have people out there wishing you along is a huge driving factor to succeed.

Now that you’ve lost weight, what are your next steps?

For me, it’s fairly simple: stick to a healthy diet and maintain regular levels of exercise and you can’t go wrong. I would never recommend anybody completely starves themselves of the naughty foods like takeaways, but it’s about learning to have them as treats and in moderation. 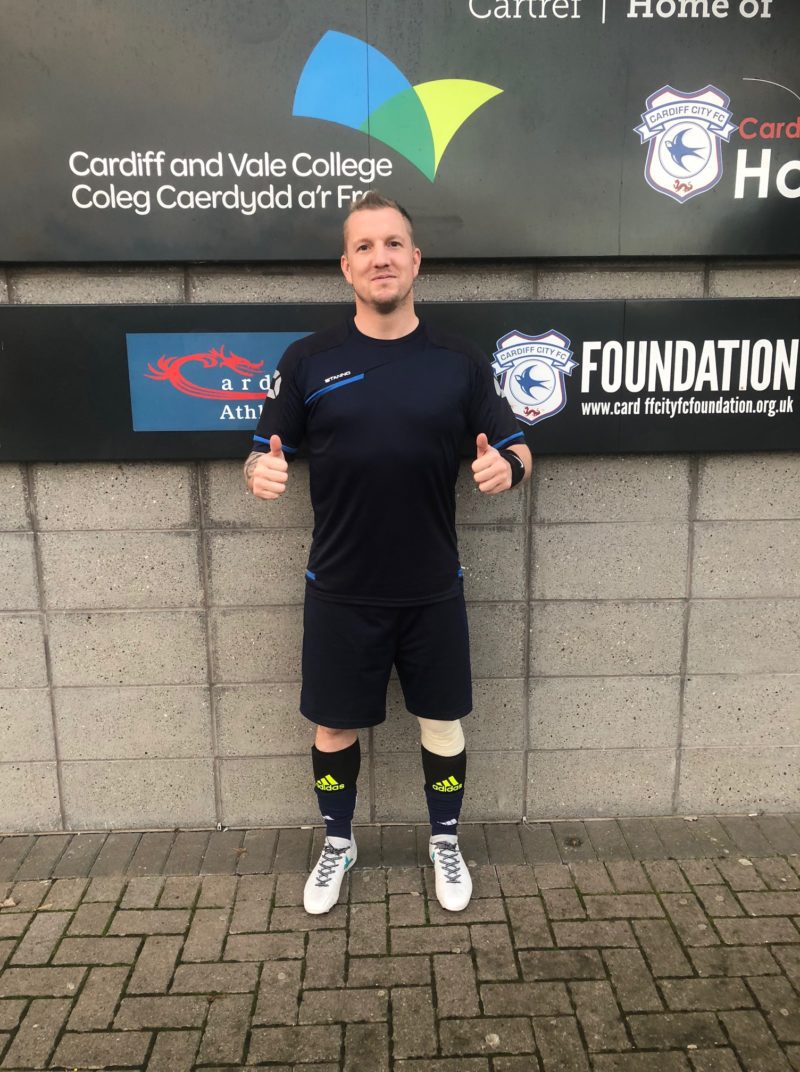 Based on what’s worked for me and my experiences losing weight, the 3 things fat men need to know are…

If you manage to nail these three things, I really believe you will start to see the weight falling off you. 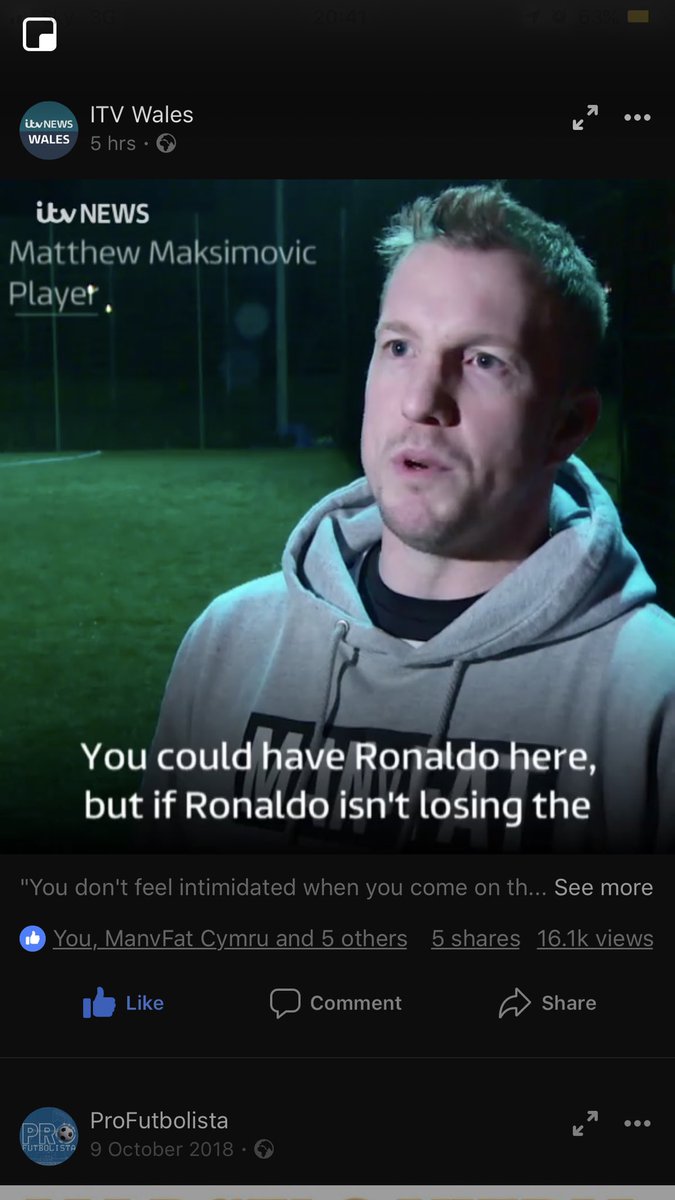 You can see Matthew getting his 15 minutes of fame with his MAN v FAT Football Cardiff teammates on ITV Wales News here – Matthew is one of the most dedicated players and is so passionate about spreading the MAN v FAT Football word so it’s great to see his media takeover!

Many thanks to Matthew for sharing his story. If you’ve got a weight loss story of your own that you’d like to share, don’t forget that we’re always looking for weight loss stories to feature, so get in touch if that’s you!