The worst things about growing up fat

Ahh schooldays…..brilliant weren’t they? Happiest days of your life. Captain of the football team, most popular boy in the class. Sometimes you look back on old photos of your happy smiling self, surrounded by all the girls who fought for your attention, and wish you could be back there if only for just one more incredible day. No, you don’t, you bloody liar. Because we were fat kids. And growing up fat is a whole different experience. Recognise any of these?

I want Dean….Darren…..Sanj. The first six or seven names come pretty fast but then things begin to slow down. The Captains are standing there, the favoured ones ranged behind them, all looking at you, the other fat kid, the kid with asthma and the one with milk bottle glasses. You stand well apart from each other. There can be no solidarity in this kind of misery; as if you could catch whatever they have and make things even worse for yourself. Then the criteria changes. OK, I’ll take Asthma Boy if you take Milk Bottle glasses. And we’ll put the fatties in goal; harder to get a shot past them. On the plus side, it’s all uphill from here. Unless you go into politics or reality TV these will be the most humiliating moments of your life,

Getting picked last is bad enough, but the things you do get picked for can be even worse. We need a really fat kid for the back of the tug of war team….you’ll do, yes you. We need goalposts….can you and that other fat kid just stand there for a ninety minutes or so? We’re doing a nativity play…..would you like to be the stable? Try not to eat the baby Jesus.

Maybe you weren’t crap at sports. Maybe you were a good prop forward or could swim like a fish. Or a whale, as one of your classmates was bound to say. But however amazing were the feats your body could achieve all anybody ever noticed were the bits of your body you couldn’t control. The bits that jiggled. You wished you could get changed in the toilets and wear a t-shirt in the pool but you couldn’t. So, you wobbled in public and tried not to let it get you down.

See also  Can You Nag Your Partner To Lose Weight? 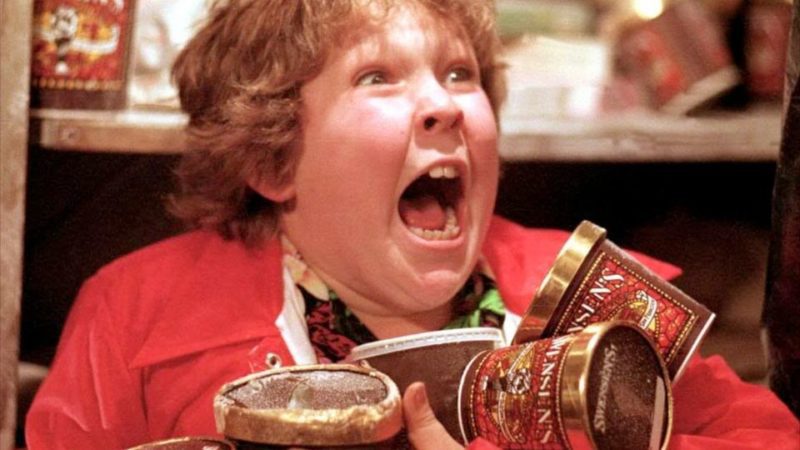 Basically there weren’t any, not ones you’d like to be anyway. You’re Billy Bunter, or Chunk from the Goonies. Chunk! You’ll always be one consonant and 40 pounds away from being a hunk. You’ll never be the romantic lead. You’re the funny fat sidekick who gets eaten by the zombies cause he just couldn’t get away fast enough. Run fatty, run.

Hungry! How can you be hungry? Seriously, take a look in the mirror. Admittedly you didn’t pile on the pounds by making good food choices but we all need to eat. Skinny kids could exist on a diet of Wotsits and Crème Eggs but nobody would ever say a word about it. But if you were seen with anything more than a stick of celery in front of you, someone would feel obliged to stage an intervention. Usually an insulting one.

You know those skinny jeans you wanted but couldn’t have? All the kids who bought them are now queuing up at the fertility clinic while your wife is pregnant with your fifth. But that’s no comfort when you’re fifteen with a 40-inch waist and being sneered at by a Nick Cave lookalike at Top Man. You could either buy something middle-aged at Marks or patronise one of those shameful establishments which pretend to cater for people who are Big and Tall or High and Mighty, but are really for fat people. At fifteen your clothes should look ridiculous, restrict your blood flow and hinder your future life chances, but you were reduced to being sensible and comfortable. The shame.

See also  Prepare To Diet - What To Do Before January 1st

One for us oldies here. In the days before you could contribute to the enslavement of millions in developing countries by buying a pair of jeans for £4.99, kids wore hand me downs. If you had a bigger brother you inherited his clothes, unless you were fat. And then you might hear your Mum saying “That old gabardine Mac of your Dad’s would be just the right size for you now”. Suddenly you’d gone from young soul rebel to retired geography teacher in a single leap.

Ah, bless him, he has a lovely personality. Some family always looked on the bright side and always made excuses for you. Somehow it didn’t help. But there was always an auntie or two who was having none of that niceness bullshit.  You could never have any real illness according to Auntie, everything was caused by your weight. Chickenpox! If only he was a bit lighter he wouldn’t have it. There’d be less of him to scratch anyway. Leprosy! Why wouldn’t his leg fall off, look at the size of it.

Being a fat kid relegated you to the bottom of the teenage caste system and you soon found yourself knocking around with all the other faceless ones and the misfits whose names were never called out first for anything. These are the usually the most interesting and original characters with the brightest futures, but you didn’t want to be interesting and original. You wanted to be popular and have a six-pack and spend the evening behind the bike sheds snogging Michelle Davis, or Michael Davis, as the case may be. You can still catch up with Michelle, or Michael, at school reunions but however unsuccessful their lives have been compared to yours they’ll never remember you. And secretly, you’ll be a little bit relieved. 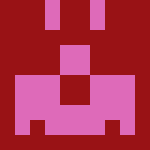 About the Author / Seamus Hilley