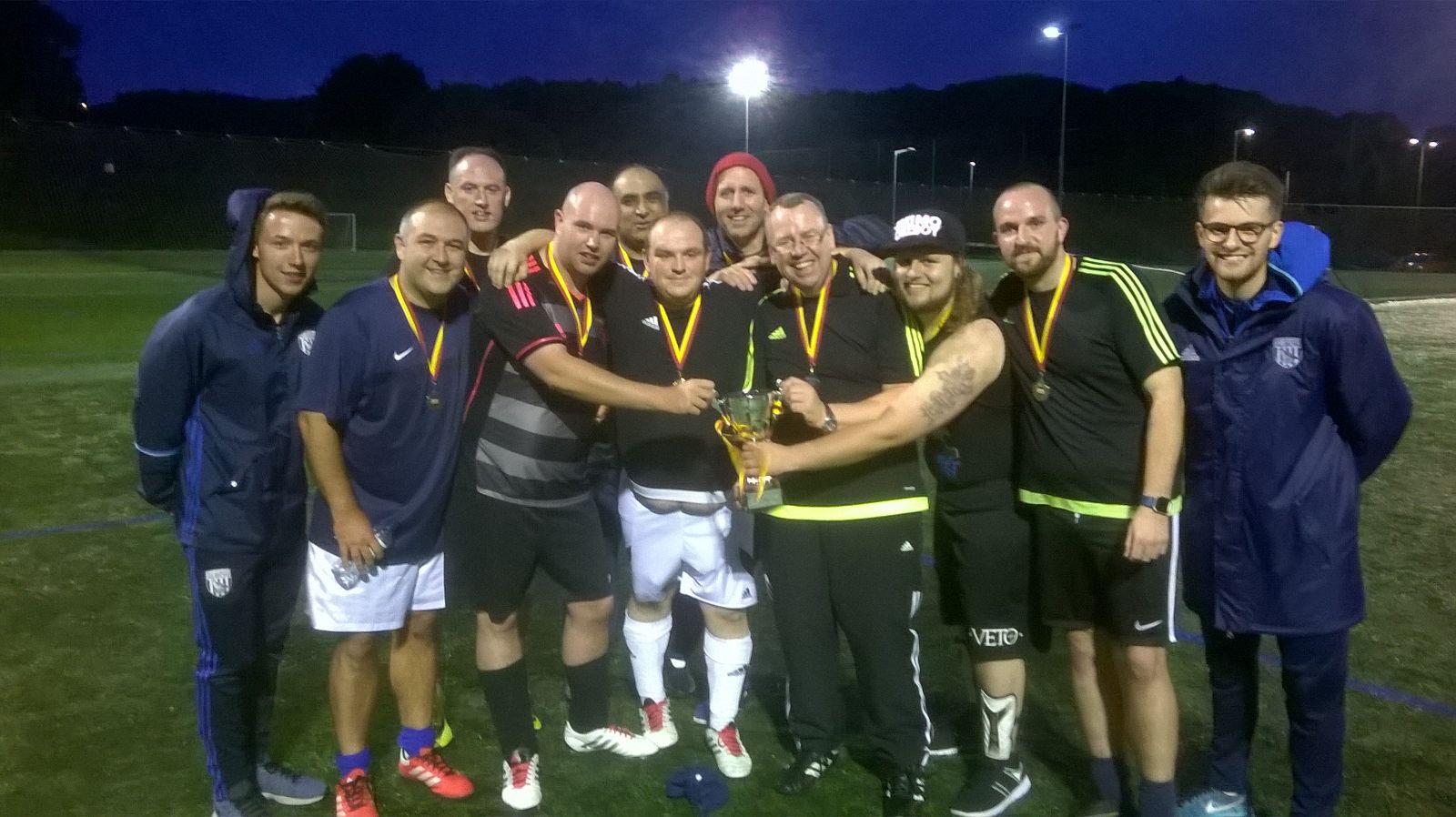 How to win a MAN v FAT Football league

Here at MAN v FAT Football, we like to celebrate every little victory. Every pound lost, goal scored and belt notch tightened is a cause for celebration in the fight against fat and we’re all winners. But enough of that namby pamby – what you really want is to smash your opponents, do a victory march with your teammates and win the league, right? Right.

We sat down with three team captains who have each led their team to victory to find out how to win a MAN v FAT Football league. Read on to find out what it takes to emerge triumphant at the end of the 14 week league… 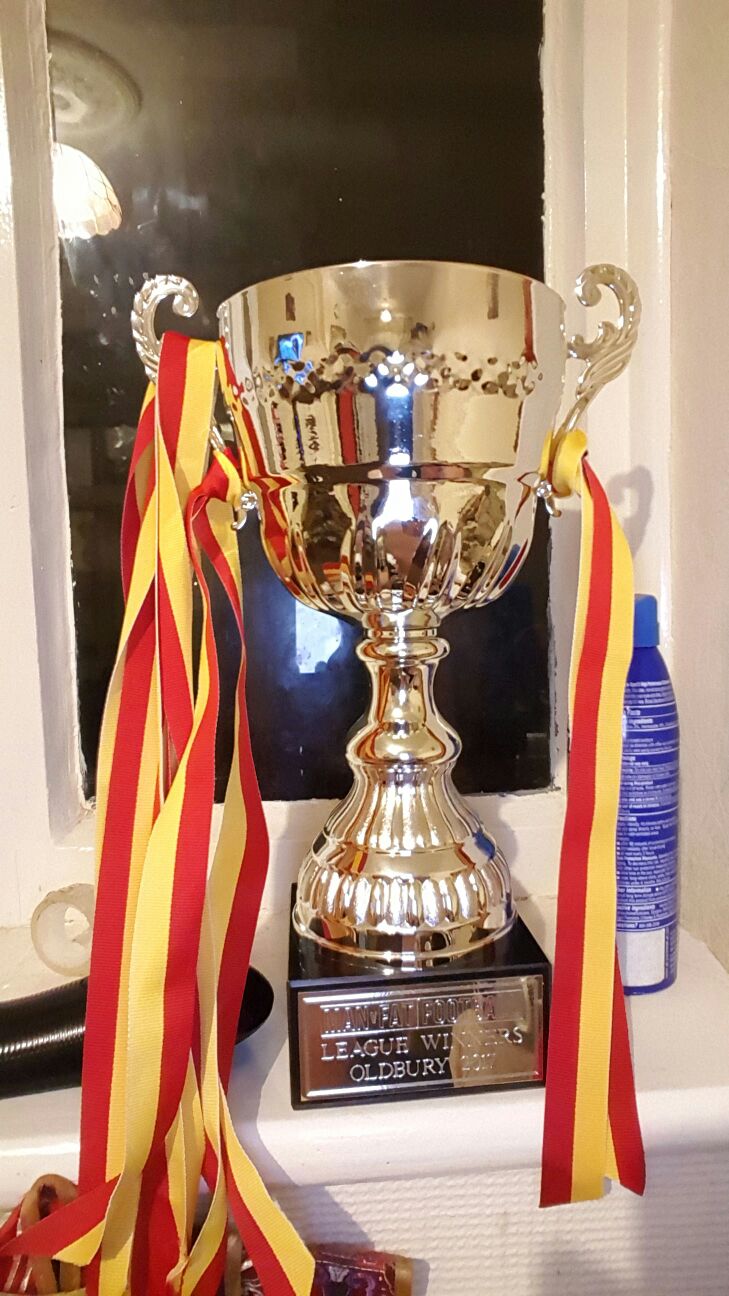 So how do you win a MAN v FAT Football league?

You need a willingness to lose weight

Although football is (obviously) a huge part of MAN v FAT Football, don’t forget that weight loss is crucial for scoring those all important extra goals too. So don’t just join for the love of the game, be motivated to slim down too.

Tom ((K).FC): “When I saw the advert [for MVF Football] I straight away thought this is my motivation to finally lose the weight gained over the years. By wanting to lose weight and pushing ourselves both on and off the pitch, it showed that we all wanted it badly.”

Marcus (Porky Blinders): “The aim was simple: I wanted to lose as much weight as possible and to help others with their weight loss. Plus I wanted to make some really good friends on the way.”

Rory (OB City): “We were 11 strangers all with the same individual goal to lose weight through doing something we enjoyed. It’s not just dieting and it’s not just football: you have to work on two fronts.” 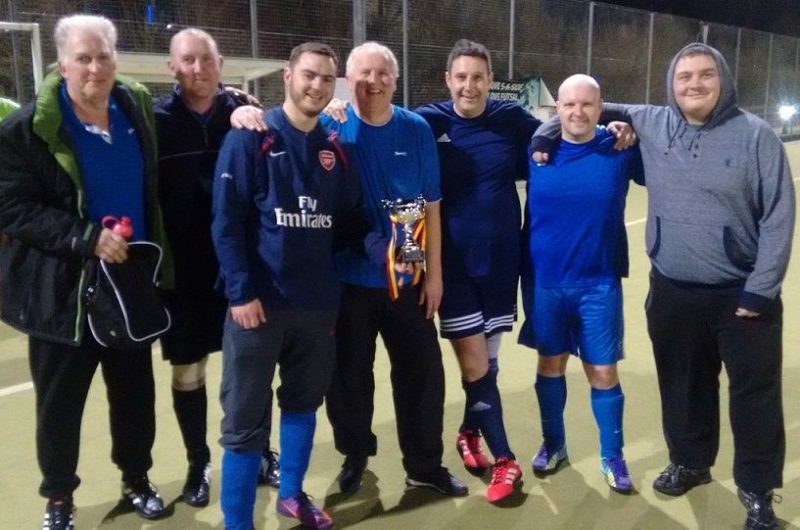 You should have a goal in mind

No matter how big or small, you need something to work towards. Whether that’s something small like fitting back into your favourite jeans or something huge like coming off medication, keep your goal in mind to motivate you week after week. We’ve all got our reasons for why we want to lose weight – aim to better yourself and your team and you’ll go far.

Tom: “Once I had met my teammates and discussed the reasons why we all joined, we had a bit of camaraderie between us. We discussed what our goals would be and the targets we wanted to reach. Personally, I wanted the weight to come off slowly to a target of 85kg (187lbs). My starting weight was 104kg (229lbs) so I knew it would be a challenge but it was a challenge I was willing to accept. It helps when you meet so many blokes in the same position – the motivation was there to get things started.”

Get behind your captain

A strong-willed captain is a great asset, playing to everyone’s strengths, and he can really help bring the team together.

Marcus: “I used to run a team in the Birmingham AFA on a Saturday afternoon so my experience helped, plus I know if I don’t listen to the lads, it won’t work. I’ve seen a lot of captains fall flat because of that. I knew I had to give jobs out to other members to make them feel part of it. I’d make sure all the players had properly stretched off before playing, so we didn’t pull anything.” 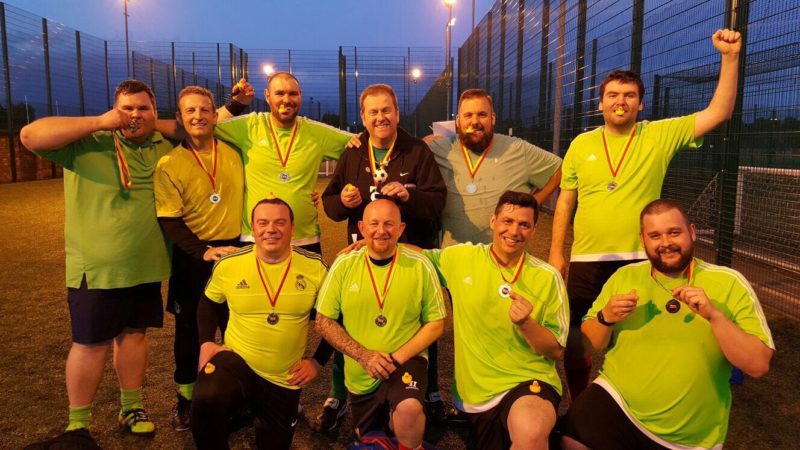 Get to know your teammates

You’re all in this together, so take some time to get to know each other. The team WhatsApp group chats have proven to be a great way of building team morale and motivation and the guys who know each other the best always have the most success on the pitch.

Rory: “In just a matter of weeks our team had exchanged hundreds of WhatsApp messages. We formed this weird ‘fat man bond’ and jelled really well. Since January our WhatsApp message count is 5108 messages. When one of our players was having a bit of a crisis, we were there with encouraging words – which he appreciated and so did the other lads.”

As you make friends with your teammates, make sure that you take the time to enjoy each other’s company. Your teammates are all trying to lose weight and you’ll all have similar struggles, so keep the mood light by sharing a laugh.

Rory: “I’m kind of the team joker, which does help. When people are having a down week, I’ll tend to put a funny or sarcastic comment on the group chat. I’ve told someone in the team that as he is now friends with us on Facebook, we know where he lives! (laugh). They were strangers to me in January but I genuinely class them as friends now. We even went to one of the lad’s weddings and some of us went out to watch the UEFA cup final together.”

Running around on the pitch willy-nilly won’t get you anywhere, a game plan is a must.

Tom: “As the football was a motivational tool I wanted to include players with all abilities. Each week I would choose the player to start the game, the following week I would make sure some of the guys who started the week before started on the bench. Formation wise I went for 1-2-2-1 and my tactics were simple. Pass and move. Find the spaces on the pitch and to talk to one another.” 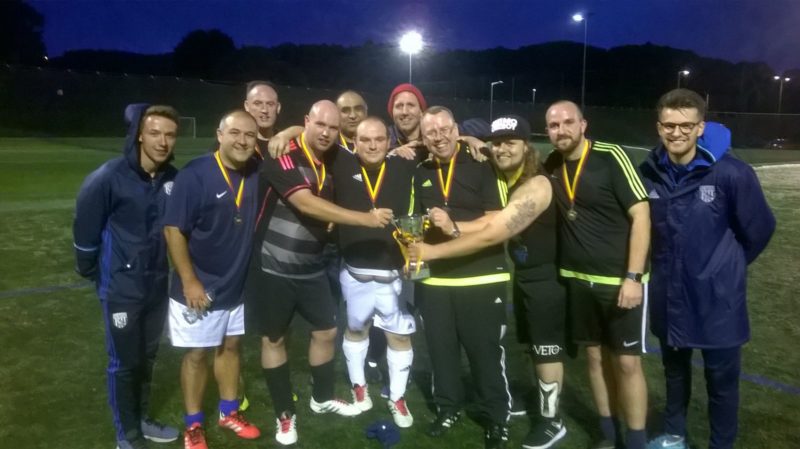 Keeping a record of your progress is a big motivator, but make sure you keep your eye on the prize too. Write down your goals, make a plan and set out to smash them. Be proud of what you achieve and always strive for the next goal.

Marcus: “I have lost 8 stone so far (112lbs/50kg) and the boys have done really well too. Ben Farnsworth, Robert Hazel and Joe Wallace from my team have all lost 10%+ of their bodyweight this season. All the rest have lost 5%+. Suki Singh and I are going to hit our 5% too, so I think it’s key to track progress.”

Regain focus if you slip up

Whether it’s going a bit overboard on treat day, falling back into old habits or having a lazy week, we will all slip up at some point. Don’t dwell on it – get back on track both for yourself and the team.

Marcus: “We’ve all fallen off the wagon. I had my 40th birthday and I also went on holiday, so I put on about 6.5kg in just two weeks. The lads were great, they told me not to worry and to just get back on it. If somebody is having a bad day or you can’t think what to eat, you ask what other people are having and it then gives you an idea.”

Get out of your comfort zone

Sometimes doing things you never thought you could do provides extra motivation. Grab hold of that feeling and run with it.

Tom: “Being chosen as a captain was daunting to me as during that period I was struggling with anxiety. But I took on the role as I wanted to show myself that I could do it and be a role model for the others.”

Get into the mindset of a winner who wants to win and keep winning. A bit of friendly competitiveness is a good, healthy way of motivating yourself to do the best you can do. It goes without saying that you shouldn’t be an idiot about it but sometimes the desire to win will spur you on.

Tom: “Get behind one another and use the football as a motivation to reach your goals. Share information between you on healthy foods and exercise and put it into practice. Going into a game of football knowing that you have loss weight and tried your best, means you want to win on the pitch even more.”

Marcus: “In my experience this season, a lot of the other teams moan at each other but we just seemed to get on with it. The real aim is to lose as much weight as possible and to win – by helping each other with our weight loss as a team”

Rory: “It helps that some of the lads are quite competitive so once the results start coming in, the male inbuilt ‘will to win’ sort of takes over. And if you’re in the Manchester league, you’ve got to beat us if you want our title, as we aren’t going to give it up easily!”

So there we have it – if you want to win the league title it seems that the secret is to pull together as a team. Set goals, support each other and keep your eye on the top spot at all times. All together now: 🎶 Weeeeee are the champions, my friiiiienddssss…🎶

Got any other tips for MAN v FAT Football glory? Let us know over on the forum.