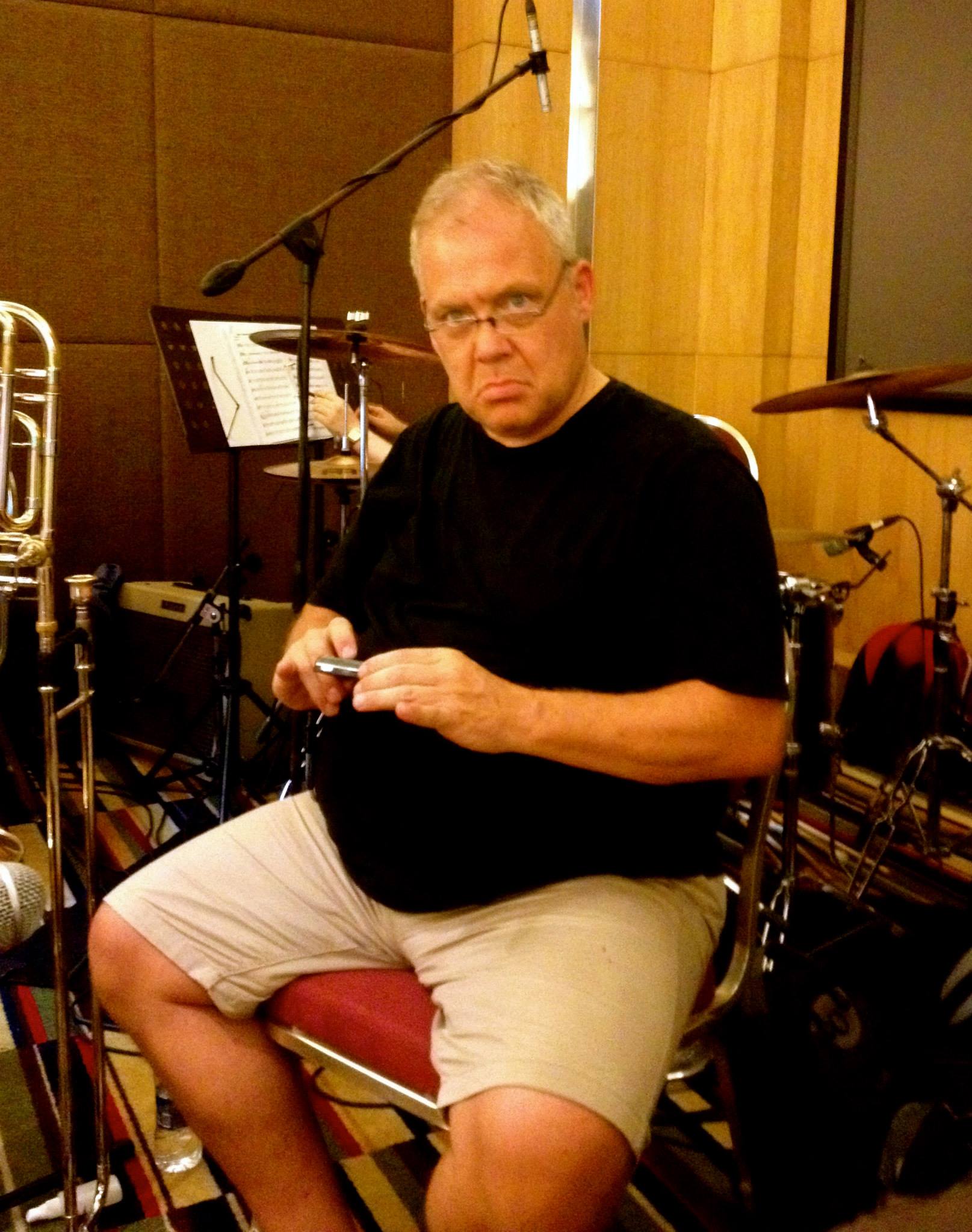 Hi David, thanks for joining as an Amazing Loser, I know that as with a lot of our weight loss stories it’s a girl that started your weight loss. 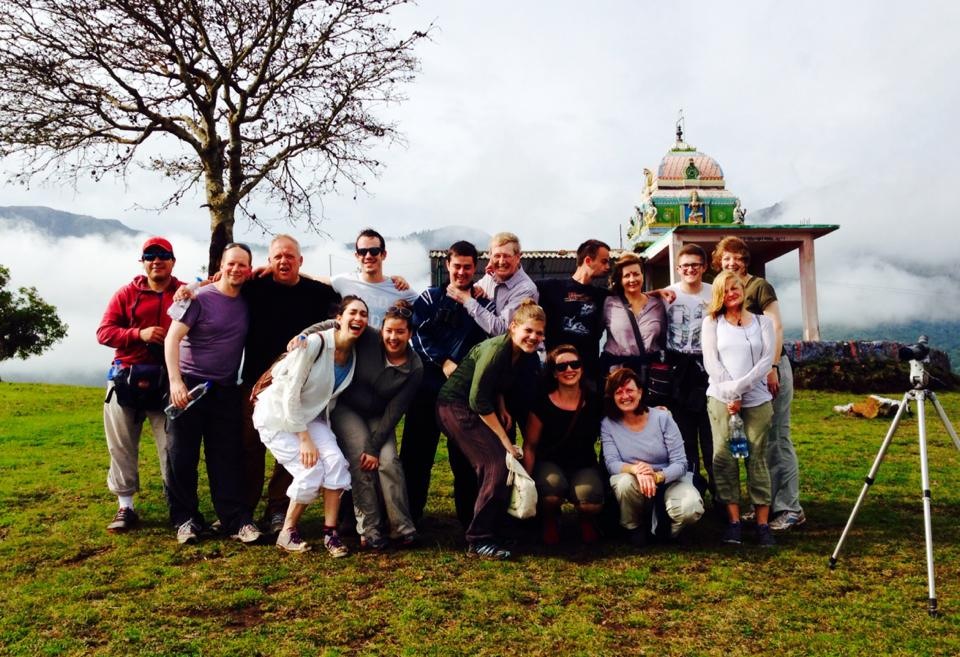 That’s right, I became a dad to a new daughter at 50 years of age and I think it was that and realising that my current level of weight just couldn’t continue. During a three week musical tour of India and Sri Lanka, that had rapidly just become a curry and beer fest, I found that I basically couldn’t walk up a hill, which really wasn’t that steep. I took a photo of myself at that point and I took a good long look at myself. The first step was to ask myself what advice I’d have given to anyone else in that situation.

So what were you doing wrong then to have gained the weight?

I don’t really feel that I ate that badly but typically breakfast if I didn’t skip it was porridge but it was about 2-3 times the size I now have with honey and chopped fruit and nuts. Lunch was sandwiches – maybe six slices bread and cheese and ham with lots of mayo and coleslaw. Then supper would be lots of veg but also lots of stodge like 7 or 8 good sized roast potatoes. Then it would be fish or meat and beer or wine. I’d also munch through industrial quantities of cheese as and when.

What was the advice you gave yourself then?

I’d say there were three pieces of advice that were key:

1/ It’s not rocket science- it takes effort but perfectly achievable if you have a plan and stick to it
2/ Don’t be obsessive with the scales – control the input in terms of food and exercise, and the results for weight on the scales will look after itself – I weigh bi-weekly at the most and normally monthly.
3/ Do not be afraid to ask for help – Alpha males still need help! 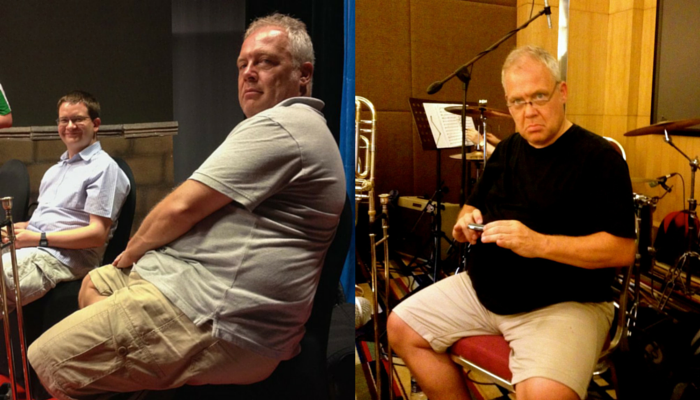 What sort of help did you get then and how did you change your life around?

I used a specialist weight loss personal trainer called Anne Larchy from Finchley Weight Loss Centre. I wasn’t prepared to make or accept excuses, which was important. So I made a financial and psychological commitment to use the trainer for exercise and food accountability for three months and absolutely stuck to it. After a month or so, the routine just became a way of life and people started commenting about my weight loss. 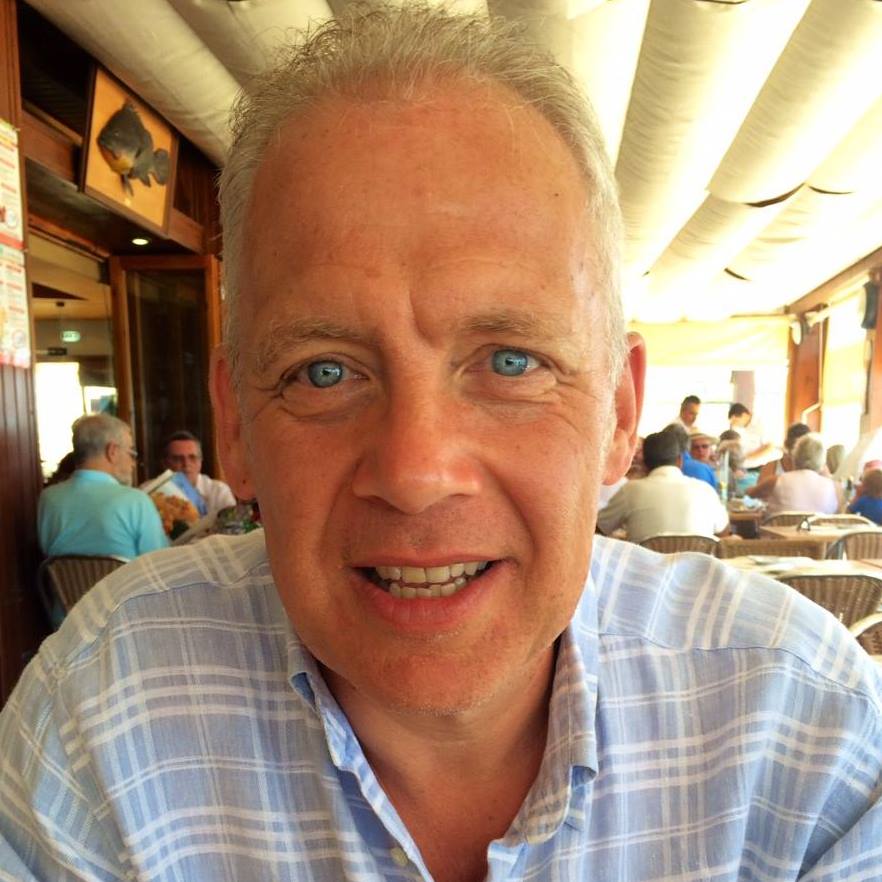 One thing that was incredibly helpful is that I am a very willing cook and do not like pre-packed food so I absolutely control what goes in my mouth. I also work from home that really helps and I make packed meals for when I’m out for longer periods.

The portion control was a big thing for me and also making sure I was getting properly hydrated. I upped my exercise to two or three sessions per week. These were mainly circuit style classes, but I also got into running and cycling. I now regularly run three to four miles and cycle up to 20 miles. This September I’m doing the London to Brighton cycle as a goal to aim for.

It sounds like you were very focused – did that translate into an easy weight loss?

The journey started slowly. From September 2014 until February 2015 the main thing I did was that I stopped drinking alcohol which wasn’t that hard, but I knew I had to stick to it consistently and resist temptation especially on a Friday after a hard working week. I walked more and didn’t pig out as much, but in February I realised that I needed fresh impetus. Using the weight loss trainer was absolutely invaluable and I wouldn’t have done it without her. 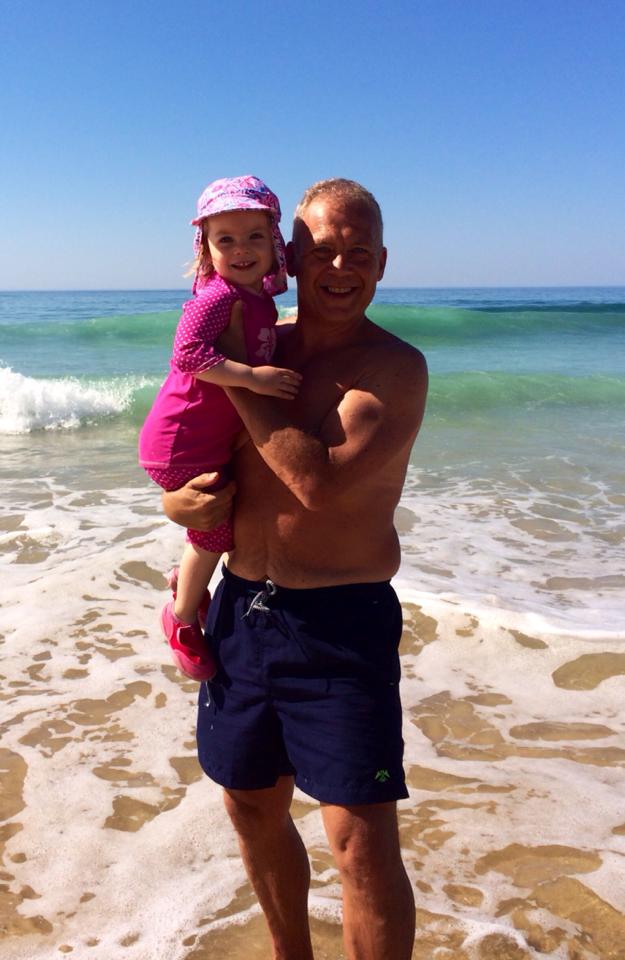 First of all there are lots of new or altered clothes. I also found that I really enjoy my exercise. When I see people I haven’t seen for a while I get a lot of compliments and kudos from what I’ve achieve from clients and friends.

Perhaps one of the best things is that I have more energy to help me run after my daughter and I don’t grunt and say “ooh-ahh” every time I get up, which my daughter used to mimic – and hopefully she’s now forgotten about!

You’re Prime Minister for the day, what one law do you bring in to help others who are overweight or obese?

I’m not sure one law would do it, but compulsory cooking lessons at school to try and rid our fast food, high carb, high sugar culture that is now seriously and generationally engrained in our culture would be a very good start.

Fantastic, well done to David on changing things around and don’t forget if you want to ask him anything then head on over to Talk and if you’re an Amazing Loser, or you know of one, then get in touch and share your story and inspire the rest of us!