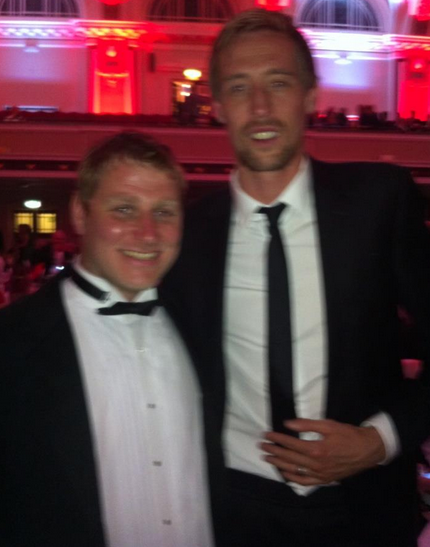 So Steve, the guy in the photo looks more than a little familiar, is that Mr Crouch by any chance?

It is! I went to some of the player awards at Stoke and I had my photo taken with Peter Crouch and Charlie Adam and I didn’t like what I saw when I got them back, which wasn’t Crouch’s fault I should point out! More than that I couldn’t run very far, I was probably drinking too much and I didn’t want to be the fat dad who couldn’t keep up with his young family. A few friends of mine who are a little older than me had strokes, so I decided I was going to look after myself better.

To be fair, I’m not sure anyone has their photo with Crouch and looks thinner or taller than him. What were the negatives that you found of being overweight?

I suppose the negative experiences were typical of anyone else who is overweight. I had confidence issues, breathlessness and I was generally uncomfortable with a big belly.

I got to a position where none of my clothes would fit me. The easy thing to do is to buy bigger clothes but where do you stop? I knew I wasn’t going into a size 38″ waist, no way.

It seems that when you’re in your twenties you can go out every weekend and abuse your body but in your thirties hangovers start to last longer and that poor lifestyle catches up with you.

57 lbs is a really decent weight loss – how did you do it?

Firstly, I had to train myself to stick to three meals a day. I was a terrible grazer at the fridge. I couldn’t walk past it without breaking a corner of cheese off, or eating a slice of ham, or getting some bread and butter.

I started walking the dog 5.5 km round the block four or five times a week which became a run/walk of one minute each, which became two minutes of each then three, four, five, then 10 until I could run the whole 5.5 km all the way round. Now I can do it twice in 55 minutes. I found myself losing weight for the first month and gaining more muscle so in the second month I didn’t lose any weight.

I was listening to the Chris Evans show one morning where they had a man on talking about sugar in food. He focused on breakfast cereals and orange juice which we think are healthy but are in fact filled with sugar, which makes you have a sugar crash around 11 reaching for something to eat. As I was eating three Weetabix in a morning with a glass of fresh orange I started to think this was the reason for stalling weight loss. I was frustrated.

Plenty of men would have given up at that point, so what did you do to break through the plateau?

I decided to find out more about feeding myself as it was clear that this was so important to changing my lifestyle. I’ve worked with dairy cows for the last 20 years and when you’re managing them diet and body condition is so important. I could tell you everything about a cow’s diet but I’d never thought about educating myself about my food. 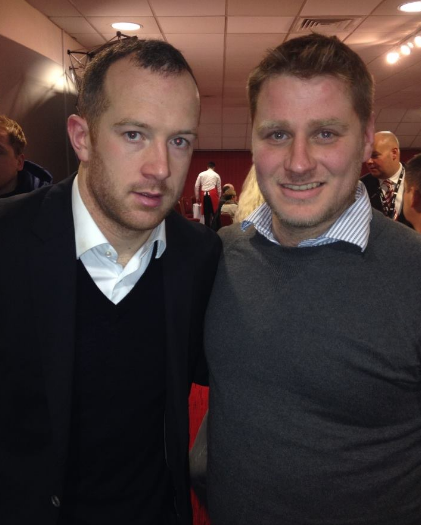 First of all I found out about carbohydrates which I had no idea how much to eat. The internet said a slice of bread and a medium-sized potato were adequate for a man doing a manual job, I was eating probably three times that. Then it said that protein helps muscle to develop and repair. With this new information I changed what I was eating and decided that I didn’t trust processed food anymore. So now I eat food like eggs, turkey, salad, carrots, tomatoes, mushrooms, cottage cheese and loads of fruit – apples, bananas and oranges basically food that is natural that goes off in five days.

Give us a before and after on what you were eating.

Breakfast – cereal, two slices of toast, yogurt at the weekend.
Lunch – sandwich four slices of bread with cheese and pickle.
Dinner – loads of potatoes, meat, peas. After grazing in the fridge then finishing off what my son left.
Pudding – muller corner or iced-cream
Quite often, especially in the summer, I’d have a few beers or some wine. This intake of food increased over a weekend, sometimes I wouldn’t feel hungry from Friday night till about Tuesday morning.

How long did it take for you to see results?

It took me all last year to lose it, I probably could have done it faster if I had thought about it more. I also went backwards a bit at Easter and then we had another baby which took over for a month! I also slowed up training in July and August when it was too hot. I’m not doing as much running now, as the old knees and hips were hurting, I still go but probably twice a week instead of four or five times. My job helps me to keep weight off as some days it is like a workout.

How have things changed since you lost the weight?

The big change since my weight loss is confidence, my new job involves teaching people which I used to get very worked up about it, now I don’t even think about it. I also feel stronger and fitter from working out and I’ve started playing football again which I could never imagined doing a few years ago. I’m back in my old clothes again which feels good – I just need to keep it up now. 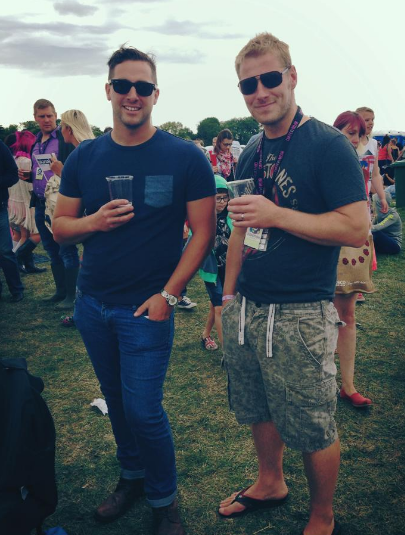 Did you get lots of support as you were doing it?

The biggest suprise I had while I was losing the weight was how bad processed food is to your diet. This food is so readily available and easy to fit into a hectic lifestyle. It is marketed to us everywhere and if you don’t move away from it you don’t realise the impact it has on your diet. I really don’t know how they can make a simple sandwich so bad for you!

What changes would you like to see made to help people avoid getting bigger?

I would bring in more healthy eating education in schools, because I know a bit more about eating well now but I wouldn’t say I know much about healthy eating. Another thing is the food in the supermarkets that we are lead to believe is good for you is quite simply crap!

Well done Steve and a tip of the hat to Messers Adam, Crouch and Evans for the inspiration (Come on Stoke!) If you want to chat to Steve then say hi over on Talk.