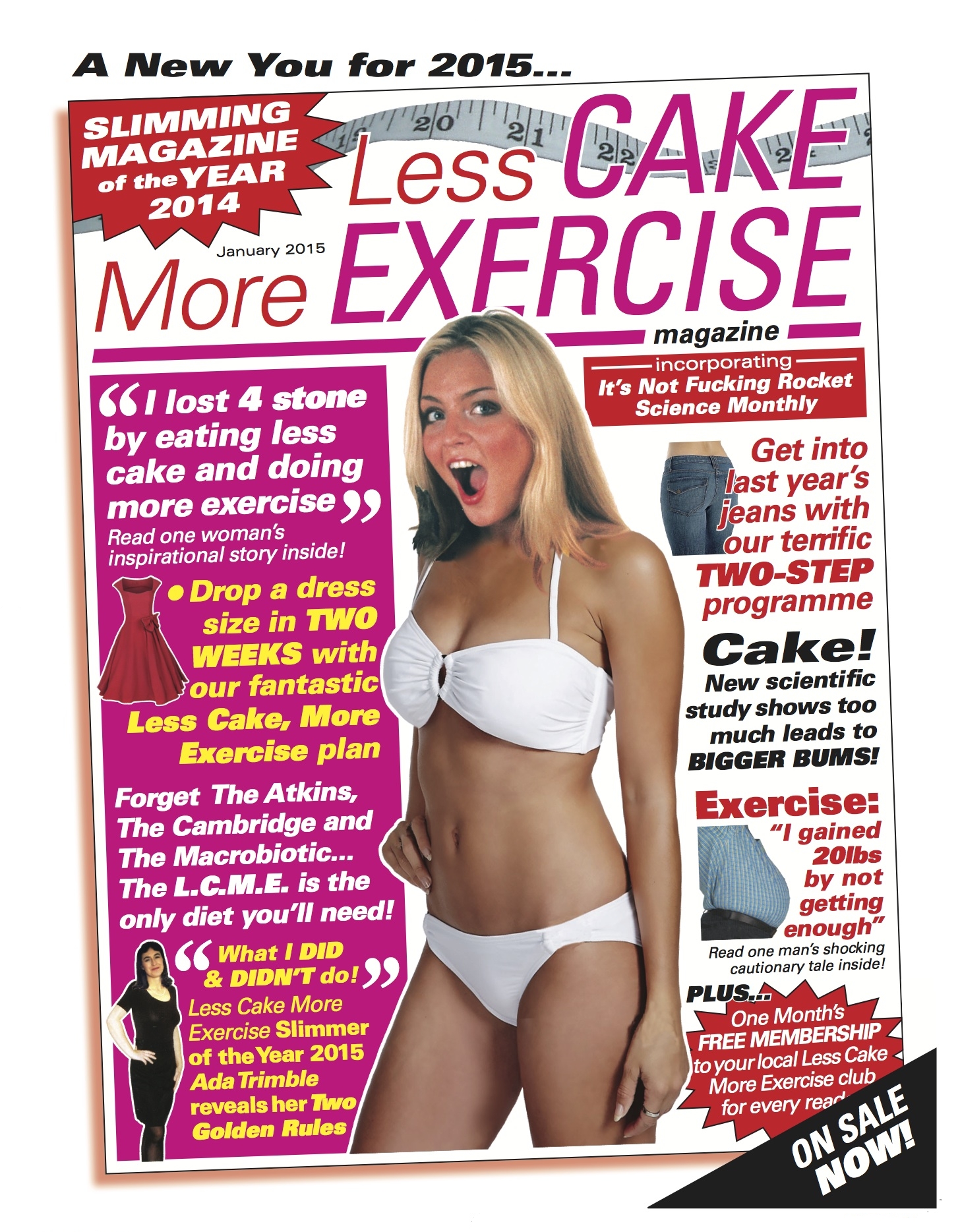 I bow to no man in my love for Viz, as my ability to recite the Profanisaurus from memory should ably attest. However, their latest lol didn’t have me bursting my farting strings and I wanted to explain why because the attitude it represents is reaching an epidemic and, in my humble opinion, it needs to end.

For reference, it was the Less Cake More Exercise magazine below… 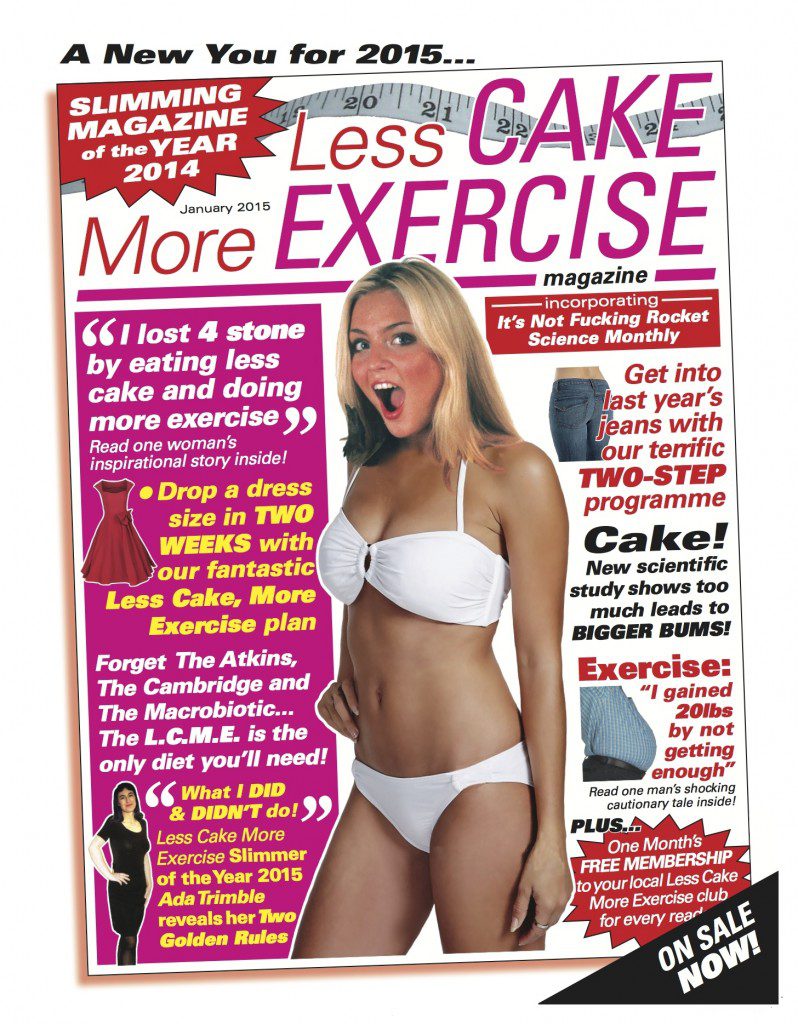 It’s ok. I get the joke. It just doesn’t make me laugh (apart from the bit about It’s Not Fucking Rocket Science Monthly). The reason that it left me cold is that it’s further evidence of a trend of frustration that is growing towards overweight and obese people. We saw it played out in Katie Hopkins’ rather joyless documentary, we heard it a lot when the discussion was raging about whether obesity was a disability and now even Viz have got it on the act. Whatever you think about it, I’m fairly sure we can all agree that Viz and Hopkins should not be singing from the same hymnsheet.

The refrain from all of these sources is simply that weight loss is simple: come on you salami slappers eat less cake, do more exercise and you’ll lose weight! On one level the frustration is obvious and understandable – of course, it’s annoying to people who don’t have an issue with food to see so much struggling. They see the cost to the NHS, the never-ending articles and programmes out there about weight loss and the overweight people in the street and they wonder what the big deal is? Just eat less cake and do more exercise, you whales. The subtext of these is always the same… and shut up moaning about it.

The key here is the frustration that is being expressed. It’s fundamentally because people who don’t struggle with their weight will never truly understand what it’s like to use food in a destructive way. Pretty much all overweight and obese men know on a purely biological level what it is that’s causing them issues. But the obvious follow-on is if they understand how to lose weight then why they then don’t respond to it?

Well, there are hundreds of reasons. Weight is a complex issue. It encompasses all manner of psychological distress from anxiety to depression. It is attached to class and earnings. There are addiction issues at play. In some part it’s about how our society approaches food and meals. There is also a lot of blame to be directed at the food companies’ doors. Of course, over all of these things there is a personal responsibility issue here – you can find pretty much anyone facing all of the above problems and say, “well, they did it, why can’t you?” (CF: Maria Kang). The issue that all of these frustrated voices are directed at – is that ultimately you’re the only one responsible for stuffing things in your gob. And that’s true, but it’s such a small part of the story. 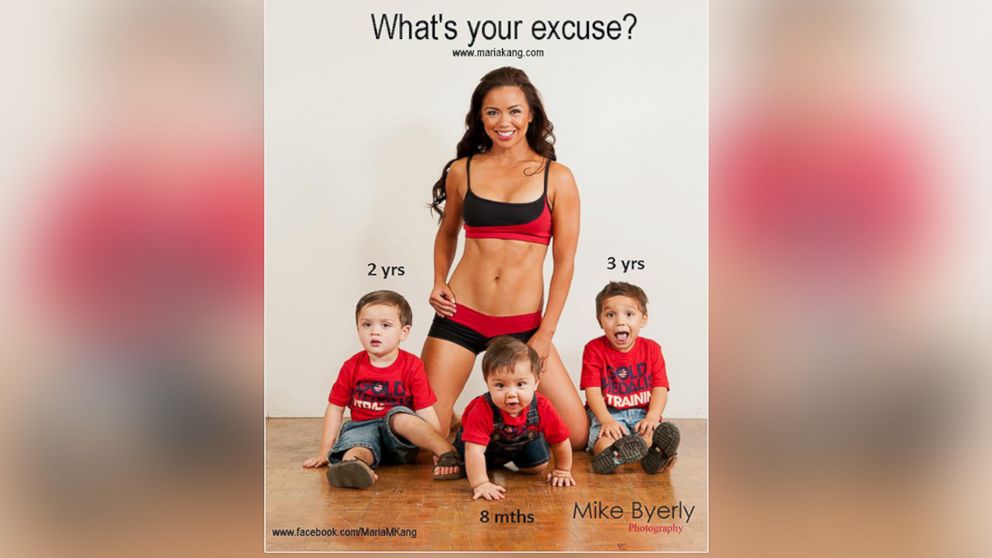 Let me give you an example from my own life. When I was at my fattest I was stressed. I was getting up at 6am and often not getting home until 11pm. I’d sit motionless in front of my computer all day because I’d got it into my head that unless I was working ALL THE LIVE LONG DAY then my business would fail. When I got home I had roughly an hour to eat and socialise. By then I was knackered and looking to speed relax. Ace Lager, crisps and the sofa were the options I chose.

Did I know I was making poor choices? Hell, yes. I had tits, it was sort of hard, not to see it. Could I have opted for the less cake, more exercise approach if I’d wanted to? I really don’t know. All I can say is that at that time I was dealing with other issues and it didn’t feel like I had the energy to opt for a healthier lifestyle. What I do know is that anyone pointing out that maybe I should eat less cake and exercise more would not have helped me. In fact, they’d have probably made me feel worse about myself and I’d have eaten more and drunk more to cope with that. Yeesh.

See also  Dealing with disappointment on the scales

For me is we have to address this growing frustration. As normal weight bystanders, it’s must be so easy to give into frustration and I guess there’s a certain satisfaction in striking out in ever-more violent language and actions. Because what lies just beyond the veil of frustration is abuse. Think I’m joking? Seriously, you should read the emails I get – fat men get spat at, called a variety of unpleasant names and are physically assaulted because of their size on a daily basis. To a certain extent the prevailing attitude of our Less-Cake-More-Exercise world says that those guys on the receiving end are bound to accept that – after all, every bit of media they see tells them that it’s simple to change. Worse still, they’re supposed to thank you for helping. 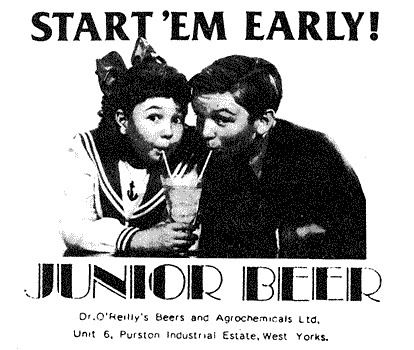 Do you know what is a far harder path than giving into frustration, and I believe it’s one that we should all attempt to commit to? Becoming diet champions, not becoming yet another bullshit diet expert. We should challenge ourselves to give an endless supply of love and support to those who want to lose weight. We should also accept that some people aren’t ready to lose weight yet and leave them the hell alone. Why can’t we shelve that frustration we might feel and do something that will help? You can help by cheering people on. Patting them on the back. Letting them know that they’re doing well when they’ve lost a bit of weight, no matter how small. Help them to find diet and exercise resources if you’re asked.

I know love, kindness and help isn’t Viz’s bag and that putting noses out of joint is a consequence of reaching around to tickle our funny bones. That’s fine and I’m prepared to accept any brown trouts they want to fire my way for this post. I’d just ask that when they go back to the drawing board, they take aim with greater accuracy. No organisation that invented Junior Beer, should ever have to stoop to kicking fat people and agreeing with Katie Hopkins to get chuckles.