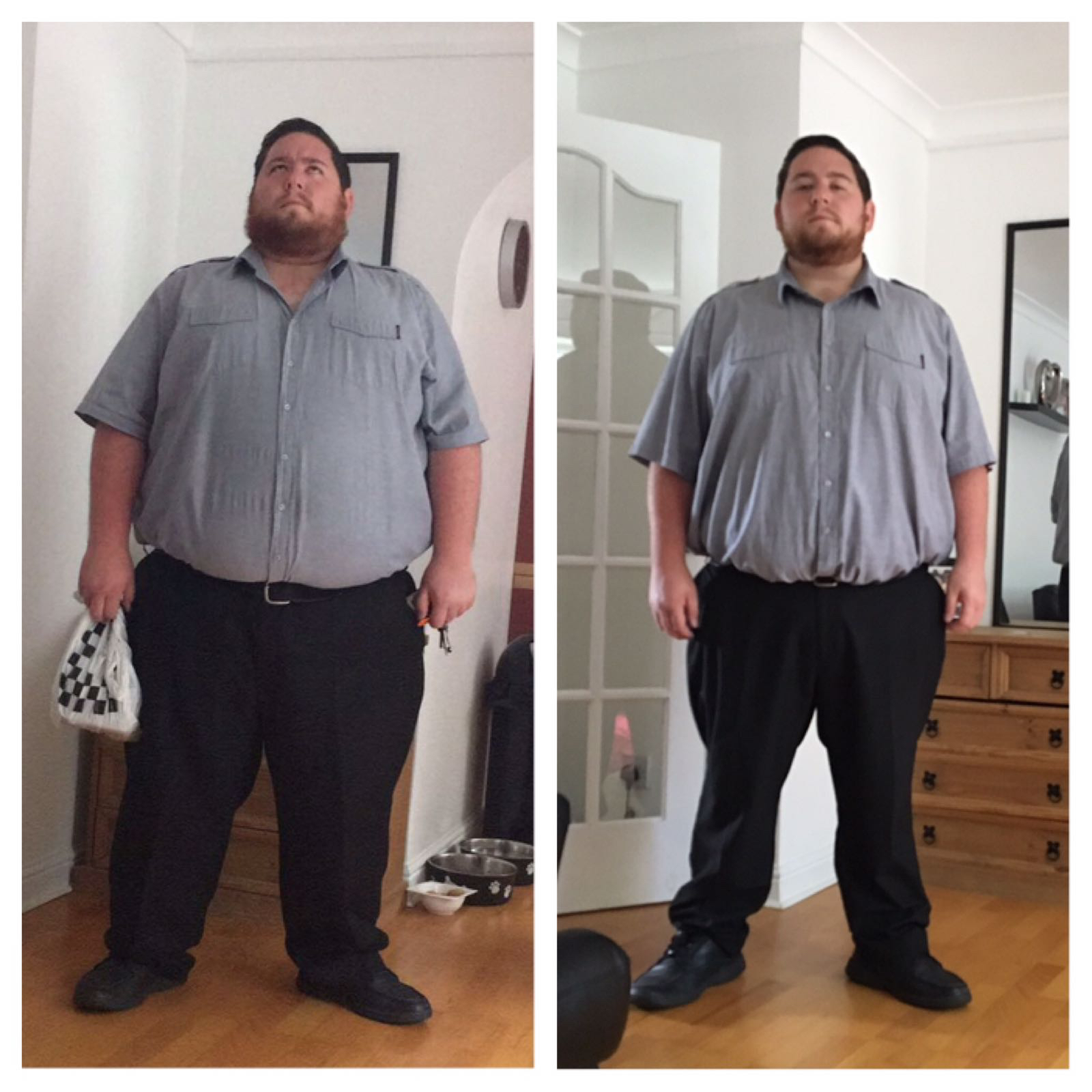 If you’ve got a lot of weight to lose, it’s worth bearing in mind that you should celebrate your weight loss at every stage. Too often you see those picture-perfect before and after shots where a man has lost hundreds of pounds, but all you see is the end result and it’s easy to forget that there are many stages to losing weight. This week’s Amazing Loser has already lost 89lbs and although he’s not done with losing weight, he’s taking the time to recognise how even making a start on losing weight has already made his life significantly better… 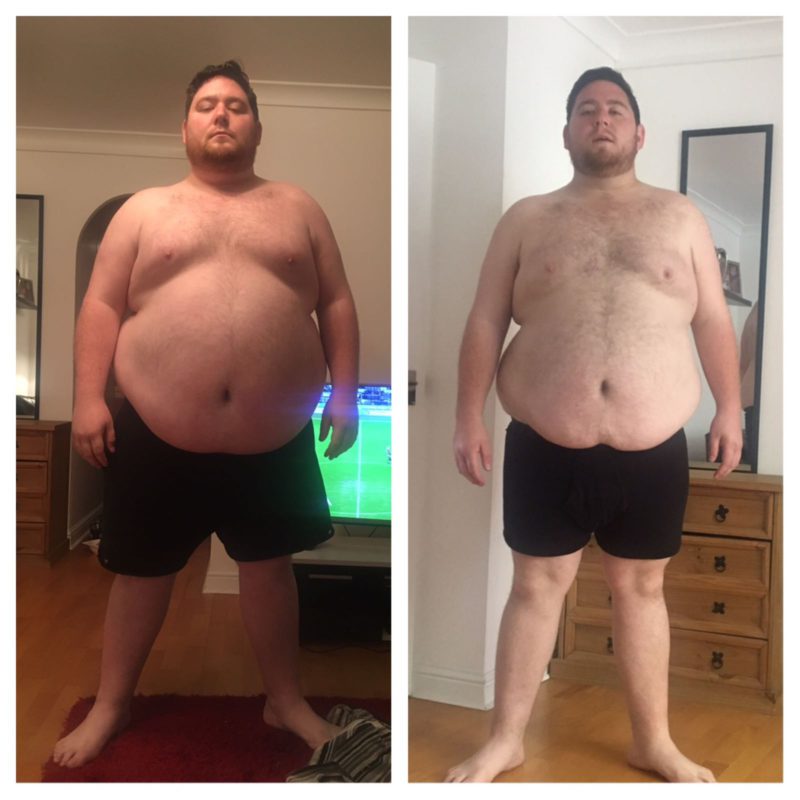 I used to play rugby but stopped after a shoulder injury and gradually put on the weight over a number of years. I was very inactive and lazy. Shift work hours also made it difficult to structure meals, so I was eating late at night after not eating all day. I kept putting off starting to lose weight for years but after splitting with my girlfriend just after Christmas it gave me the kick up the arse I needed and haven’t looked back since.

I was conscious of so many things that people with no weight problems take for granted. Will I fit into the seat at a restaurant? Will the belt on the aeroplane fit around me? You do notice people looking at you differently, almost judging you. Every day is a struggle and I was having issues with my back, knees and ankles. I used to sweat a lot at work and in social situations which just made me even more self-conscious.

My twin brother had started boxing 5 months prior and had attempted to get me into it but I kept putting it off with countless excuses. At the start of the new year, it felt like a good point to have a fresh start as I was also feeling low after a breakup. I wanted to throw myself into something and change my life. 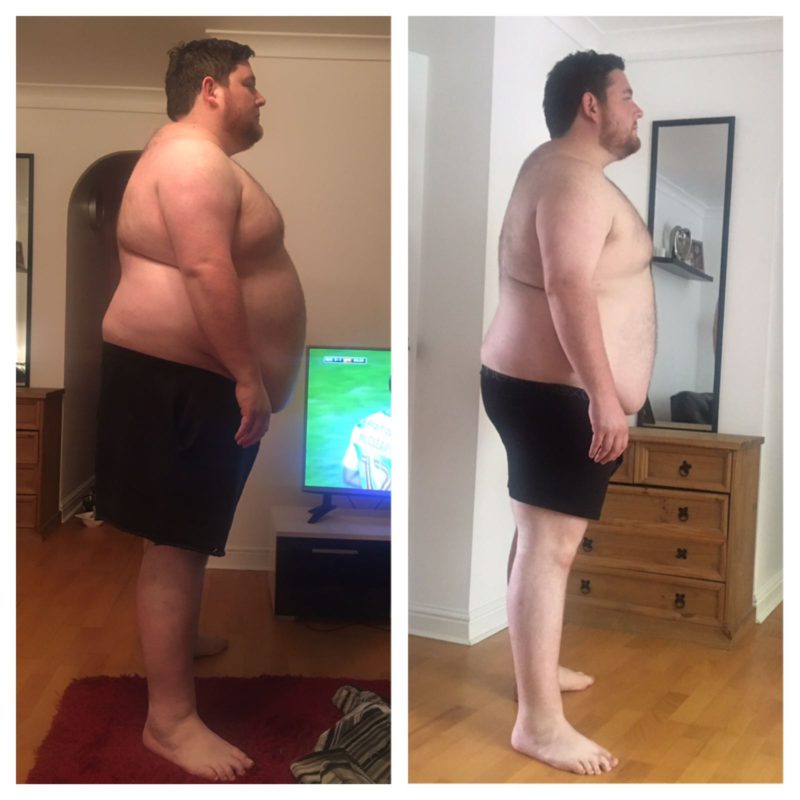 I started boxing training with an ex-pro. I literally had the lowest level of fitness so I was starting from nothing but gradually I built up and up. I completely changed my diet so that I was eating three meals a day and keeping track of my calories. I cut out carbs like rice, pasta, potatoes etc., and instead ate lots of chicken, fish and veg. After a few months I joined the gym and now I am even running which I never thought I would be doing.

Had you tried to lose weight before? If yes, what made this time different from the times before?

Yes I have on a number of occasions. I’ve been successful so I knew I had it in me to lose it. I joined Weight Watchers when I was 15/16, and then I did the Cambridge diet when I was 20/21. I lost four stone following the Cambridge plan (a very low-calorie diet where you start off having only Cambridge diet products such as shakes and soups) but it’s not sustainable long term. What I’m doing now is sustainable and that’s the difference. It’s been 7 months since I started and not once have I considered stopping or giving up. I am eating on average 1200 calories a day, sometimes a bit more or a bit less but I’ve never felt like I’m starving or really struggling.

Compete crap to be honest, with lots of fast food. My big downfall was McDonalds breakfast. I could be off work for four days and I would have one every morning. Chinese was also a big one for me. Chocolate was also a daily thing and I drank lots of Diet Coke.

Lots of fish, chicken, fruit and veg. My snacks are cashew nuts, chicken snack packs that I get from Lidl. I plan my meals around my shift work so I never eat late at night anymore. I have poached eggs and smoked salmon for breakfast every day. 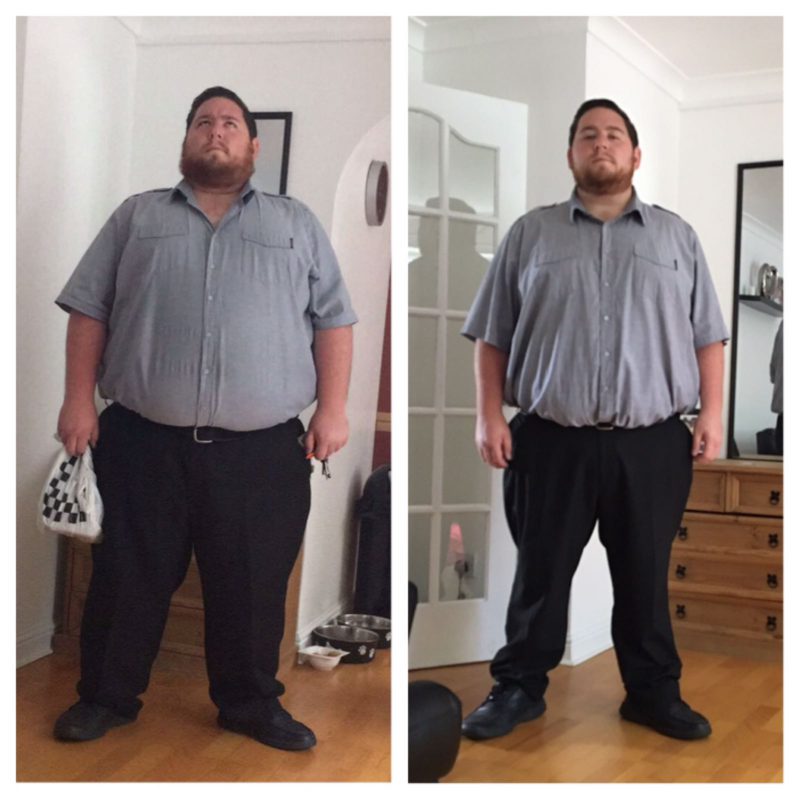 Did you do any exercise? How did you start exercising, and what did you do?

I do boxing training 2 or 3 times a week. This is pretty high intensity, sparring with my brother as we train together. Each session ends with circuits which really get you blowing. I also go to the gym where I do mainly cardio – I normally finish with swimming. I do a lot of dog walking and recently I have started running around the park with the dog and doing hill sprints. I even rented out a bike in London last week and rode around for a few hours which I was so proud of myself for doing as it’s something I would not have even considered before.

For me it’s not the actual diet or exercise it’s just about staying focused and staying on track. I have never considered giving up but there is a lot of temptation out there and it’s so easy to just say yes to foods you know you shouldn’t be having. Working towards targets is such a big thing for me. A friend’s wedding in April was my main target when I started, then I focused on a stag do and so on. So much of losing the weight is psychological which I never truly understood until now.

Losing weight alongisde my twin brother has been the best thing we have ever done together. We keep each other on track and support one another all the way through. I do wonder if I would have been able to keep going if I was doing this alone and I doubt I would have.

Life just feels a lot easier. I don’t wake up every day with aches and pains, in fact I feel really good. I feel fit now, which is such a good feeling. I have so much more energy, it has made me want to get out more and do stuff rather than just sitting at home. Having the seatbelt fit around me on a flight for the first time felt amazing, I can’t even explain how good that felt.

The nice comments you get from work colleagues, friends and family makes you feel good and keeps you on track. I have done things in the last 7 months I would have never done previously which is a massive thing for me. It has saved my life.

My brother, mum, sister and my girlfriend. Like I said before doing this with my brother has helped us both so much and the support we get from our family doesn’t go unnoticed. My girlfriend has seen a big change in my in so many ways and it has changed our relationship completely – all in positive ways. 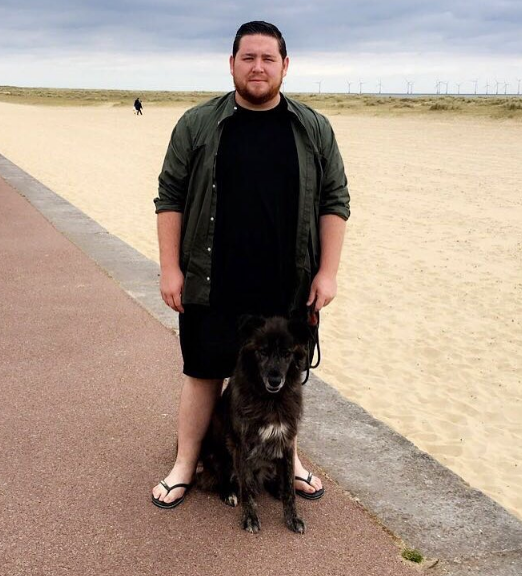 You lost weight along with your brother – how did you find having him on the same journey?

We have lived it together so we both know exactly how hard it’s been. When we need support we have each other and we help push one another. It has changed both our lives so far but we both know we have a long way to go so we don’t allow each other to get complacent and think we have cracked it.

Sort your life out mate, because at the minute you’re not living, you’re just existing. That sounds extreme but it’s true.

I still have a long way to go with my weight loss, I would say I’m just over half way there at the moment. I have targets in my head so I just need to stay focused. In terms of maintaining the weight I’ve lost so far, I only have to think back to how I use to feel daily and that is enough to know that I will never go back to how I was. The before and after pictures I have are enough to make me realise that too.

You’re Prime Minister/President for the day – what law would you bring in to help combat the obesity problem?

At least one hour of compulsory exercise a day doing something they like – not just running laps or doing press ups but something that keeps them wanting to do more. 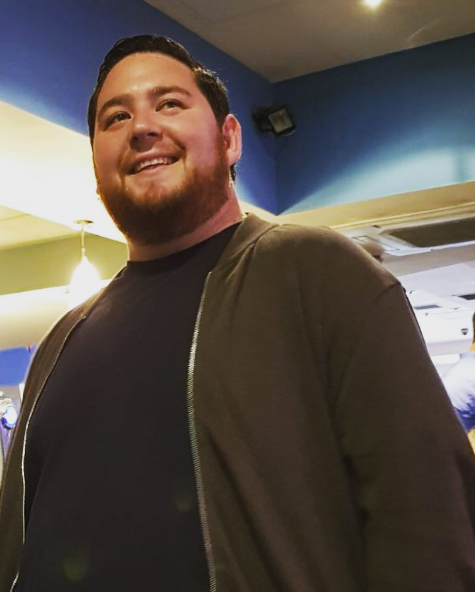 Our thanks to Rob and don’t forget – as with all our Amazing Losers and their weight loss before and after stories, you can find him on Talk and ask him anything you like!

If you want to make a change to your life right now – then sign up for one of our free 30 day online weight programmes, the only thing you’ve got to lose is fat…