As 2023 gets properly underway, we’re following three MAN v FAT readers to look at how their weight loss is going and to give you a warts and all view of the sort of problems that crop up for normal dieters.

I’m not a fan of the first few weeks of the new year. The whole “new year, new me” thing isn’t for me. I’m the same person I was last year and I will continue to do what I was doing up to Christmas – losing weight.

I haven’t been weighed since the 12th of December. Due to catching one of the many viruses going around and the Christmas break, it’s been almost a month. As you can imagine, I went to weigh in this week and dreaded what the scales would scream.

Before we get to what the result was, I want to go through the last few weeks. Christmas is a time of year when most people enjoy good food and drink. I’m no different when it comes to that, but this year I took steps to ‘protect’ my weight a little.

The biggest thing this Christmas for me was the very few alcoholic drinks I consumed. I’m a real beer drinker. Pass me an ale or stout any day over spirits. But this year I just didn’t feel the desire to drink. I had a couple, but nothing like I normally would have usually had. I even went to two Christmas parties where I remained completely sober; being the designated driver definitely helped there. The calories I saved drinking Diet Coke instead must have been huge.

Foodwise, I still feel like I ate like a pig, as I usually do over the festive period. Meats, Cheeses, Chocolates – they’re all consumed during these few weeks in larger amounts than normal. I can’t help it, I look forward to Christmas foods every year.

But from the 2nd of January, I was on it big time. I started tracking everything I was eating and drinking via my tracking app. I was ensuring I was in a calorie deficit for each day. There are still foods in the house from Christmas that I could demolish now, but it’s not happening. My willpower will get me through the next couple of weeks until normality kicks back in.

I got weighed Monday night and I was genuinely surprised with the result. I’d still gained, but not a huge amount… a mere 0.3kg went on over the month. I don’t feel that feeling of undoing what I had achieved so far, so that’s a big win in my book.

The chart shows a plateau from the last few weeks, but I will be working my hardest to get it going down in the right direction over the next few weeks.

Attending my first MAN v FAT Football session was great, the lads and staff were super friendly and I met my team! As someone who is naff at football I decided I would like to play in defence and at least assist in stopping the ball, which I successfully did a few times. My fitness level is poor so the number of subs we could have really means you can enjoy playing without thinking when this will end.

After the game our WhatsApp group sprung into life, knowing we are having to play the top of our league we set out to make sure the entire team had enough support for the week. Even planning an extra footie game on Sunday. After reading this I immediately picked up some water and have been drinking like a fish ever since.

Making other rules for myself like never going to the shops hungry and waiting a period of time after eating before picking up any other food. After dinner that evening I navigated to the shops and was inspecting everything like a hawk for calories and coming up with meal ideas in my head. I want what I call efficient calorie meals that are filling so I don’t want the need to snack.

I know with my baby son teething that sleep this week (and probably for the next few weeks to come) cooking isn’t realistic which I think is important to identify. Going into the week thinking I am going to be a world class chef and then not having the energy to actually make the meals would result in me crashing out and then starting the whole cycle again. With a team behind me, failure isn’t an option!

My breakfast this week revolved around the Oats So Simple Porridge flavours, which are sachets which you pour milk and heat up in the microwave and a coffee. A nice consistent and filling breakfast to take me to lunch with around 276 calories every day.

My Lunches this week have consisted of omelettes or pita breads with poached eggs and salmon.

My dinners consisted of low calorie meals with some notable shout out is the frozen Fajita and Thai green curry packs from Tesco, 200 cals for half a big pack is incredible!

In the week to come I have some challenges to deal with as I have a company event in London.  This means I can’t stay within the comfort of my safe home food bubble, so being smart with what I eat will be crucial to make sure I don’t fall off the wagon and cause me to spiral back out of control.

I was on the receiving end of an own goal in my first week. I’m absolutely gutted – not just because I’ve robbed my team of a goal, but also because I’ve had such a good week and am totally flummoxed about why I’ve gained (it’s only 0.1kg, but still!) 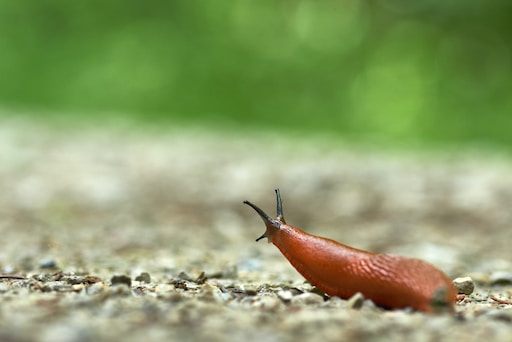 My metabolism springing into action

The big issue for me around weight loss is going to be just how static I am on a normal day. Typically, it consists of driving children to school (my own, not just random children) and then rushing to try and squeeze in work before I once again get in the car to go and pick them up. The obvious thing would be if I just did some short walks throughout the day, but somehow when I’m sat at my desk I never seem to be able to get up and get outside. Then by the evening I’m knackered and it’s dark and cold so sitting by the fire is more tempting than hitting the gym. It’s hugely frustrating.

As a result I suspect that my metabolism is more sluggish than a slug and so I have to really make a drastic calorie drop to make a difference. Or I could just find more ways to get on my feet…

I can’t face another week of scoring an own goal (when your weight is above your starting weight), so I’m going to have to up my game this week, get on my feet and cut back on the food a bit more. Onwards! 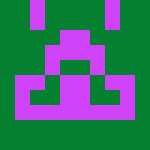