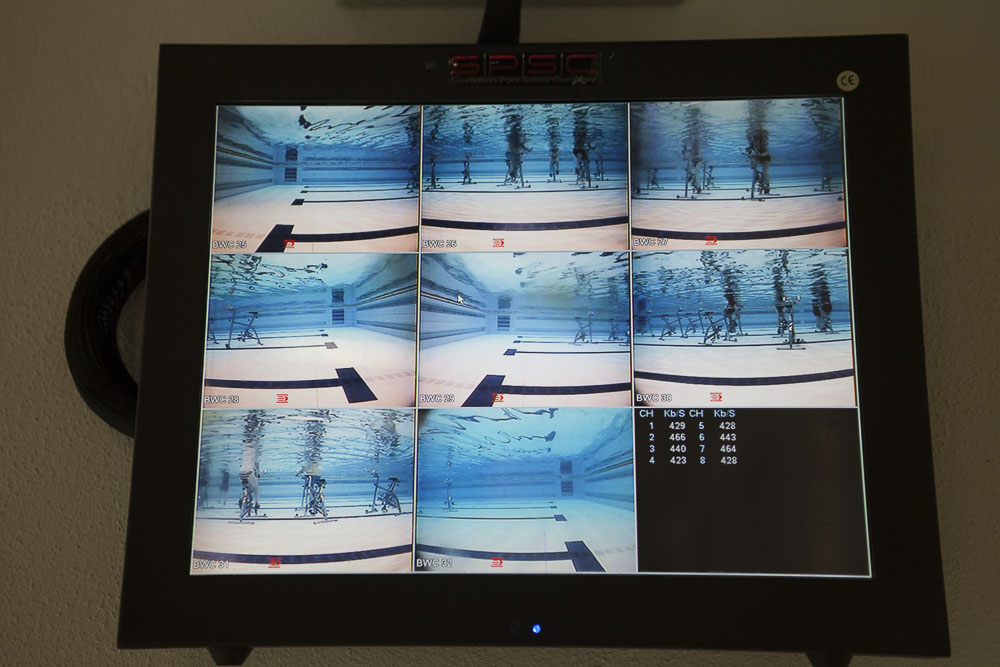 An underwater view of the bikes in the pool.

You can lead a man to water, but many a large bloke will agree that swimming pools are places that too many of us avoid. Even post weight loss, the walk of shame from the changing rooms to the pool is just too difficult at times. I remember before I lost weight being asked if I needed to be helped back out to sea, or warned not to jump in as I might catapult everyone else out.  My folds of skin and remaining fat are a constant reminder that there might be a guy with a harpoon waiting for me.

Likewise bikes. Despite Fat Lad at the Back doing a grand job of promoting cycling for obese men, I’ve always wobbled too much and the force of my weight has actually snapped a pedal off a bike in the middle of a triathlon (SPOILER: I didn’t win). Although I have a bike and have sampled Spin for National Fitness Day, I’ve always felt that I wasn’t quite fit enough.

So, when Simplyhealth and Joes Bloggers put on a Hydro Spin class in the Royal Commonwealth Pool , in Edinburgh, I was hesitant. Spin class in a pool?! All my bike and pool fears combined in one excruciatingly embarrassing and exhausting experience. No way. But, then I thought of MAN v FAT members and my commitment to live life as a Try Athlete. I would take one for the team.

On arrival, nothing I saw eased my fears. There was a room full of young sprightly female bloggers and an athletic cross-fitter called Dave along with rows of spin bikes standing on the floor. Wait, on the floor?? Yes, that’s what I said. Not a drop of water in sight. Surely Hydro Spin wasn’t named simply because it was held in a swimming centre? After we adjusted our seats to the right height, the magic began. First the floor began to lower and the water started to appear. Soon the bikes were submerged and it was time to get into a Spin. 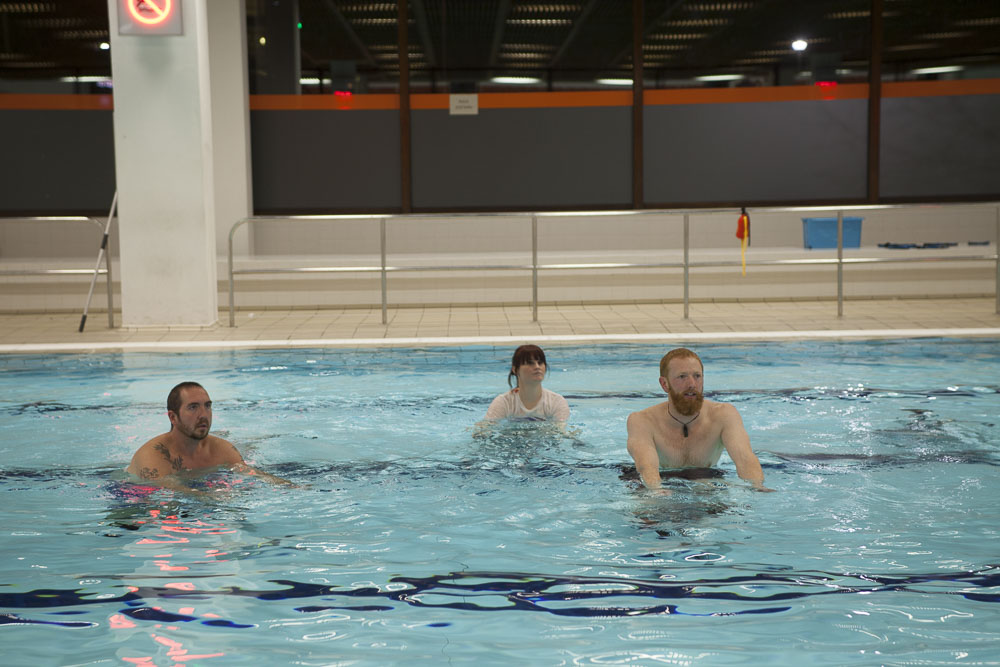 See also  Frugally fit: how to get fit on a budget

The instructor explained that we would find it both easier and harder. Easier on our joints as the water supports our bodies, but also harder as the resistance of the water would increase the effort required, especially when pedalling fast. And there were other added benefits. Exercising in warm water is supposed to help keep our heart rates down, reduce post workout pains and reduce blood pressure. As we are submerged, our bodies are also invisible (other than the underwater cameras – so no cheating). This means that we cannot unfairly compare our efforts to others or worry, often unnecessarily, about others judging us. And if baring your belly is bothersome, you can refrain from revealing yourself by wearing a rash top.

So, did I get a sweat on? Well, it’s hard to tell, but I did need to soak my head as we sprinted and the heat built up. It lacked the all-out intensity of a traditional spin class, but it included some traditional upper body swimming moves, which gave it a whole body work out feel. With a good soundtrack and a great instructor it was a fun 45 minutes. Will I make it part of my regular schedule? No, but I might venture back into the pool and try a Spin class again. And I would definitely recommend it for anyone starting out who wants a safe and relatively comfortable and fun class to include in any new or existing fitness regime.