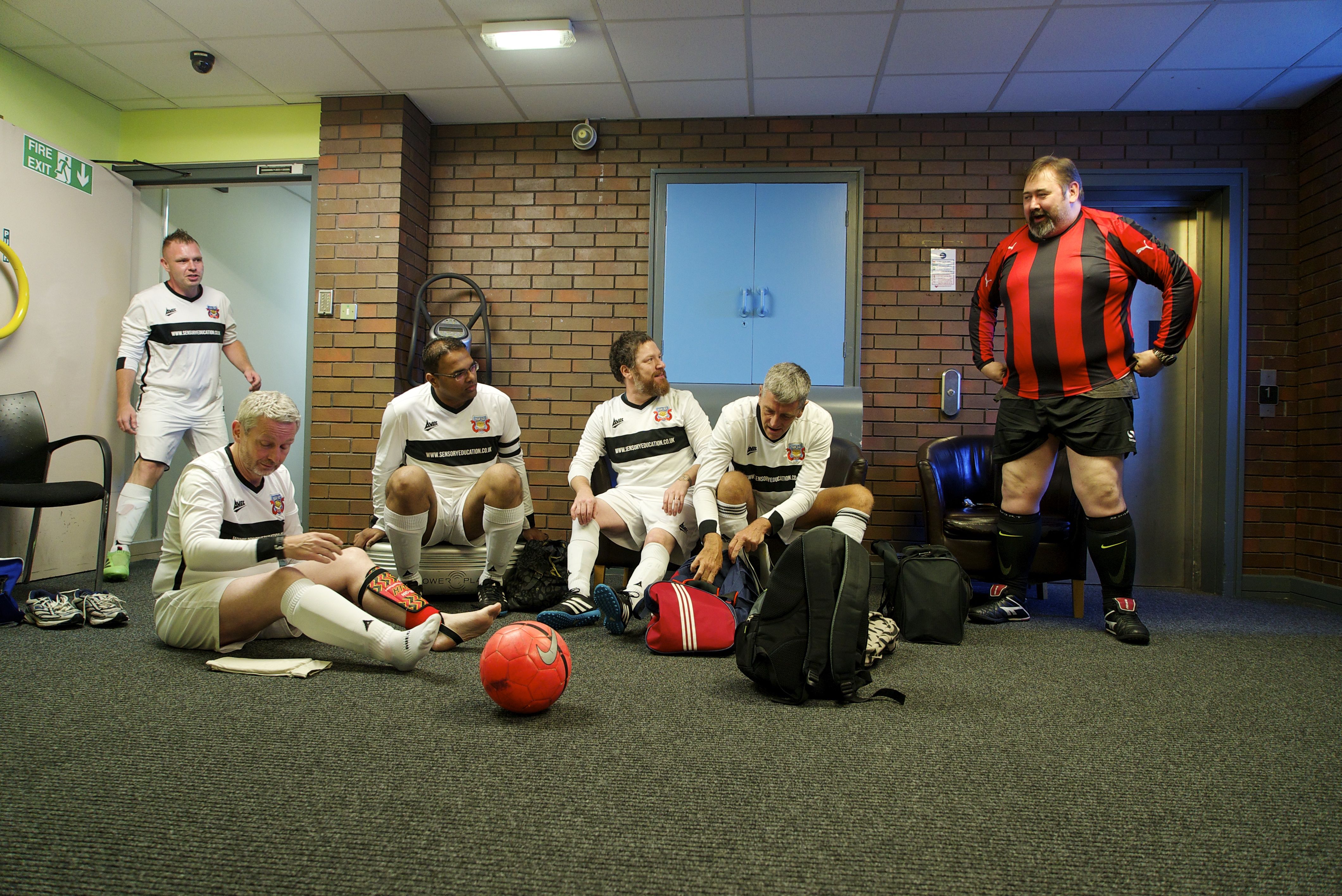 Weston Super Mare is an ever-popular place in the summer months. With the beach, the grand pier and the Weston Wheel there’s no shortage of things to do. But in July the area is also going to be home to the latest healthy attraction – MAN v FAT Football. 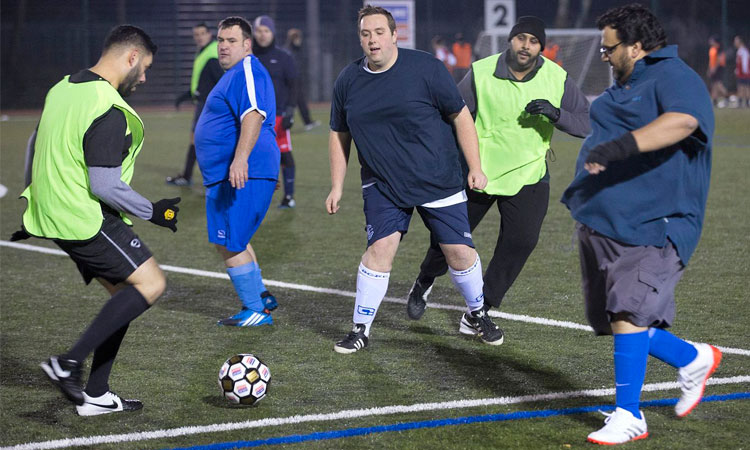 The MAN v FAT football scheme is on its way for the very first time to Weston. Local men who want to tackle their weight and get fit now have the opportunity to be a part of the incredibly successful weight loss league which have been set up in 25 other places around the UK and seen over 30 tons of weight lost by the players.

95% of the men that play regularly in the 14-week leagues across the UK, have lost weight to some degree – with some participants losing up to 70lbs.

Craig Morris, the league admin for MAN v FAT gave an insight as to why Weston was next in-line, the “genius” behind the leagues and the response to the FA-backed football scheme.

“The aim is to have leagues set up all across the country – the place we go to next is largely down to the demand for it, either from the overweight men who want to play in a league. It’s also from a local authority, sporting venues or a football club foundation that has a mandate to provide initiatives like MAN v FAT Football and the budget to get a league launched.”

“For me the genius of MAN v FAT Football is turning weight loss into a team sport. Many overweight men tell us they used to play and feel like this is the perfect way to get back into exercise. But the real reason it works is the same reason any successful weight loss program works – routine, support and accountability.” 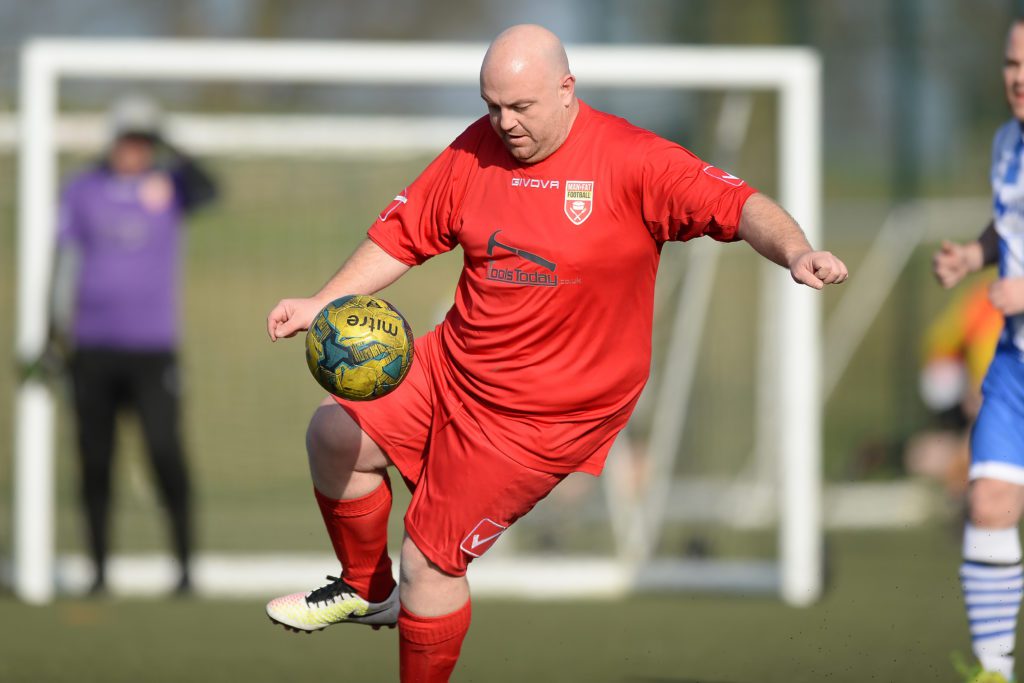 “There’s a fiercely enthusiastic core of players signed up already. Those already registered are really taking ownership, raising awareness locally and on social media. There’s just a general air of excitement and anticipation – the phrase “I can’t wait to get started” is one that comes up a bit.”

Jack Howarth, 25, from Clevedon is one resident who’s ready to grab the opportunity with both hands and is one of many who wants a regular goal bonus.

“I’m joining because I used to play football in my teens and I pulled up an injury, which pretty much had a snowball effect on me. I got a bit chunky, and now this opportunity presented itself to me so I’ve decided to grab it with both hands. I’m 19 stone and my aim is to get to 16. I’m hoping to to gain the confidence and fitness to do football on a regular basis again.”

National League South side Weston-super-mare AFC will be hosting the league in the area, after receiving funding from the North Somerset Council. Samuel Hayward, the Advanced Health Improvement Specialist for NSC, explains why they’re so keen to bring the leagues to the men of Weston.

“The Council were the first Local Authority to team up with MAN v FAT. We have been working with them since early 2015. Our partnership first came about after we recognised there were low numbers of men taking up the offer of our weight management services. MAN v FAT had something different to offer. We have been working with them to build a weight management support service for men ever since. We’ve tried and tested various models, with MAN v FAT Football showing the best results for men, who have traditionally been underrepresented in the population that take up our weight management offer, with less than 10% being men.”

MAN v FAT Football launches at Worle Sports Centre on 17th July 2017 and runs every Mondays from 8pm until 10pm. It’s paid for by your council taxes so it will be completely free for North Somerset residents. The only thing you have to lose by giving it a go – is weight.

Players can sign up at www.manvfat.com/westonsupermare or you can call 0845 163 0042 or email football@manvfat.com for more information.