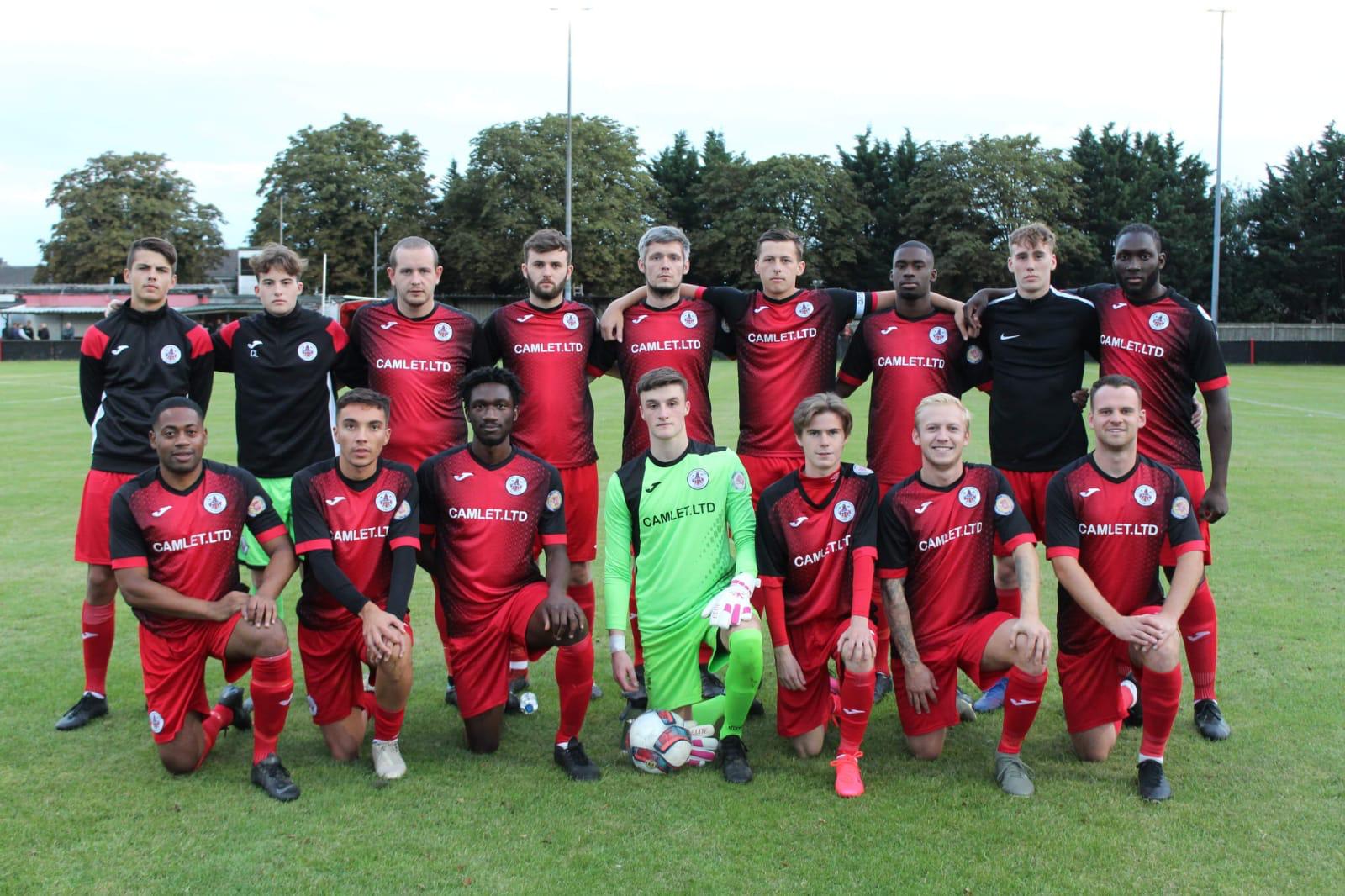 Kieran Amos interview: scoring goals both on and off the pitch

Kieran Amos hadn’t played football competitively for seven years thanks to a combination of an ankle injury and piling on the weight, but he missed it and knew he needed to improve his health.

And when you’re starting your weight loss journey, he quickly found that it’s always good to have a target to aim for. It’ll give you a focus and will keep you on track on those days where things don’t go to plan.

It doesn’t have to be a lofty ambition – sometimes simple is best. Fitting into clothes that you’ve had your eye on, running around the garden with the kids, walking to work without getting out of puff, they’re all excellent goals.

So if you’re looking for inspiration as you set out your plans to lose weight, look no further than Hertfordshire’s Kieran Amos, who made national headlines in September after losing a whopping 6st 10lbs during lockdown.

He then capped it off by scoring the winning goal in an FA Cup preliminary round tie for Sawbridgeworth Town and he also scored a hat-trick in their first league game a few days later. Oh, and did we mention he’s a centre half?! 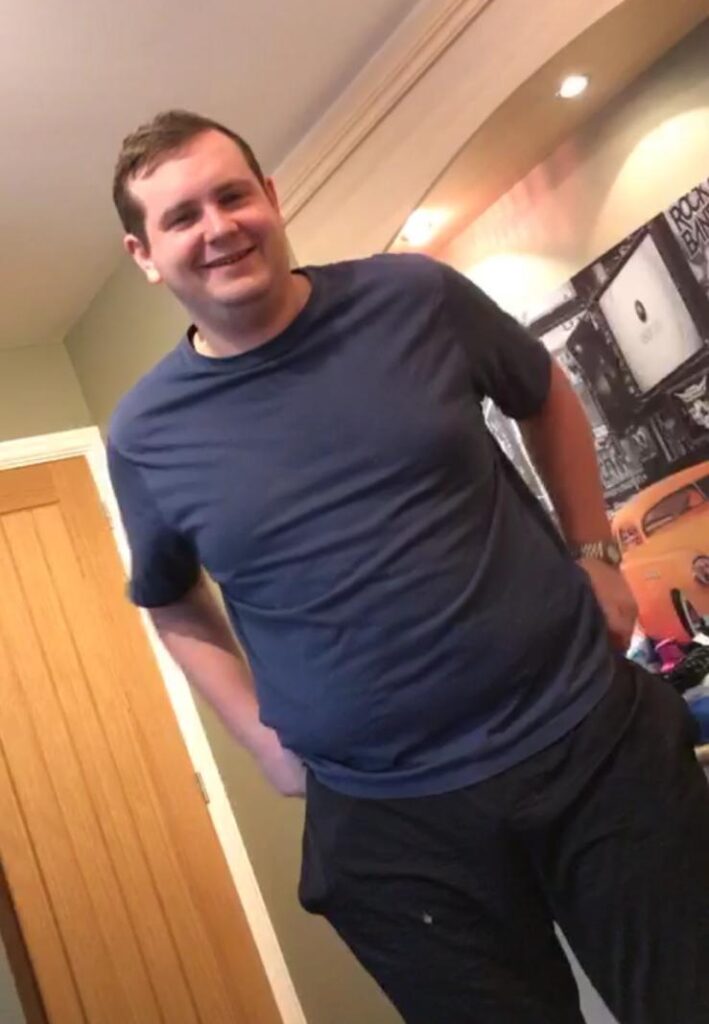 Hi Kieran! Thanks for chatting to us. First up, congratulations on your amazing achievements! What made you decide it was time to lose weight?

It all began on the first night of lockdown. I’d been to Tesco for a load of snacks and managed to eat half of them that same night.

The next day, my brother was due to come over. He’s training for the Marines and asked me if I fancied coming with him for a run.

I thought I’d give it a go and, before we left he said: “step on the scales and let’s see where you’re at before we go”.  I weighed in at 21st 6lbs and while I knew I was bigger than I would have liked, I didn’t realise I’d got to that weight.

We went out for a kilometre long run and I had to stop four or five times, so that really was my wake up call to get myself sorted and to lose some weight.

With lockdown, I knew I had a period of time where I could really crack on with it and it gave me a focus to really make the most of my additional spare time.

How did you approach your exercise and diet regime?

I’ve said many a time that I was going to try and lose weight, but I’d never really had the motivation or desire to do it. But as I’d now seen my weight, I was horrified and decided I needed to act.

I downloaded MyFitnessPal and spent some time playing around with it to work out what my calorie intake would be. I had a five stone target initially, with seven and a half stone as the long term target.

The app calculated what I’d need to do to lose 2lb a week and I started from there. Initially, it was falling off a lot quicker than that and I actually lost 11lb in my first week.

That initial planning meant I knew what my boundaries were and I got on the case from there. 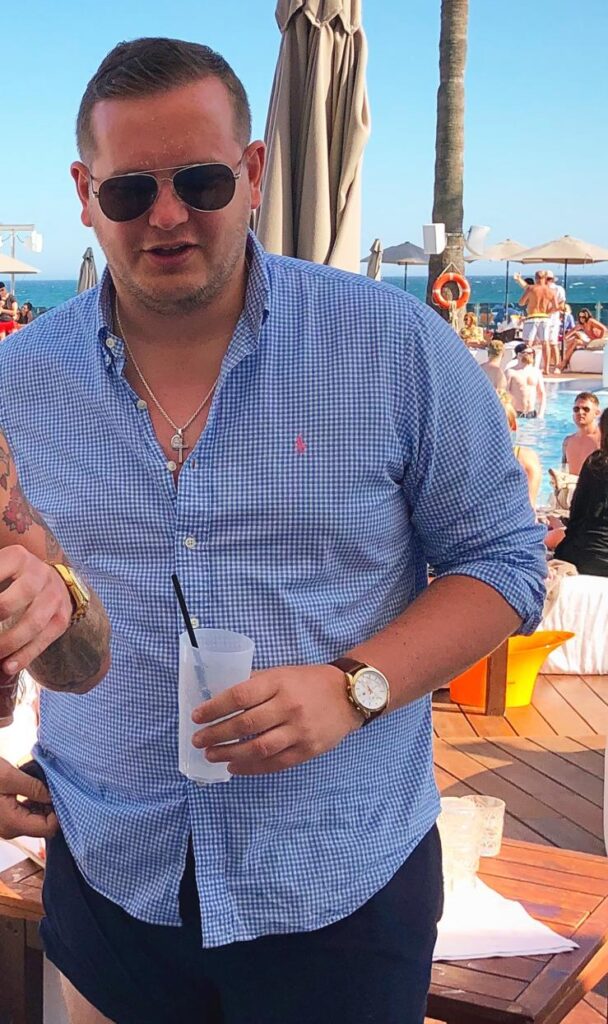 How did you deal with the harder days in terms of staying on track?

I managed to remain quite disciplined throughout to be fair. I remembered having seen a quote that said “You might not always be motivated, so make sure you stay disciplined” I wrote that down and stuck it up on my bedroom door, so that every time I left the room, I saw that quote.

That really pushed me on and even though there were some days where I didn’t fancy running, I made sure I did it anyway. It might not have been my best run but the fact that I got out and did it meant I felt a million times better afterwards.

Rather than just a pure ‘diet’, I treated it as a real lifestyle change and that allowed me to keep focused on my targets.

How important was it having the support of your brother and others during this time?

He’s been great and one of a number of people who’ve supported me to reach my targets. I’ve also had my parents, my partner Faye and my best mate Lewis, who has just signed for Exeter City.

He’s been helpful as he’s shared a lot of running sessions and fitness plans that they’ve been working on and that’s really helped.

Everyone has been available on the phone when I’ve needed their support and they’ve all been keeping track of my progress.

How did playing for Sawbridgeworth Town come about?

I was coaching anyway at the club as a first team coach. I’d spoken with the manager about my previous playing days, and quite often I’d be sitting watching the games and thinking that I could play at this level of football if I got fitter and sharper.

I spoke with the manager at the start of lockdown and said that I wanted to get playing. He told me to set that 5 stone target to get back to training, and if I got fit, he’d sign me on so that I could try and earn a place in the team.

Could you have imagined six months ago that you would have had the successes you’ve had this week?

No, I can’t say I would have expected this to have happened when I was at that point! I think that even if I had got on with 15 minutes to go in a game, I would have been delighted, but what’s happened has been mind-blowing.

It has all been totally unexpected and one of the best weeks of my life because, as well as the football moments, I’ve also got a moving date for me and my partner to get into our house together. It has been one hell of a week!

How has weight loss impacted on your mental health and wellbeing?

I’ve seen massive improvements. I really struggled to look at myself in the mirror before, as I’d gone from being quite fit and healthy as a kid, to not recognising the person I was.

But since going out and exercising, I feel re-energised. Now I like going outside and I like looking at myself in the mirror and all of my family say I seem much happier. It has been a life-changing period for me.

What would be your three top tips to MAN v FAT Football players and any other guys who are looking to lose weight?

1. Set a goal to work towards – it is really important to have a focus.

2. Always be disciplined if you can’t be motivated.

3. Be honest – if you’ve had a bad day, make sure you can admit it. As long as you can be honest, it makes life a lot easier for yourself, and you’ll find it easier to stay on track!

Many thanks to Kieran for taking the time out to chat to us! If you want to make a start on setting your own weight loss goals, take a look at our guide to setting real, actionable goals.