How To Deal With Fat Insults

Many years ago, fresh off the boat (well, plane actually), from Ireland, I worked in a pub in west London. One day a well-dressed young geezer-type, whom I’d never seen before, sauntered up to the bar and said “A pint of lager please, you fat c***.” I was so surprised by this as a conversation opener that I couldn’t think of anything to say, apart from “You’re barred”. But when this charming customer heard my accent he immediately became apologetic. “Sorry mate. Mistaken identity. Thought you was someone else. A pint of lager please, you fat Paddy c***.” I’m still trying to think of an appropriate response.

The slightly depressing truth is that overweight women are much more likely to get insulted by strangers than their male counterparts. But that doesn’t mean that men won’t have heard every fat insult going. The issue is that for men it’s supposed to be the sort of thing you take on the chin and laugh along with. So what should you do if someone insults you because of your size? 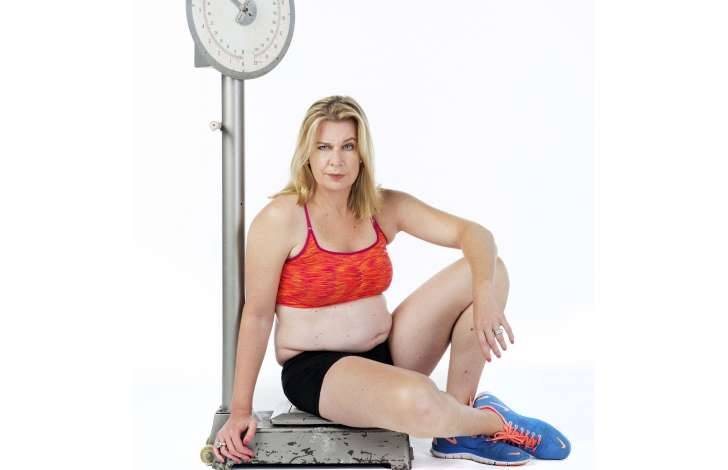 A fat insult or an insult to fat?

The best response is to hit back straight away, and if you strike while the iron is hot you don’t have to be particularly erudite or original. If you’ve ever suffered from the experience of esprit de l’escalier, thinking of a witty retort too late, or like myself, been unable to think of one at all, then you might want to have a look at this collection of fat insults and suggestions on dealing with them..

Fat insults from a stranger

A complete stranger who abuses you in public about your appearance is unlikely to exhibit the sparkling repartee of a latterday Oscar Wilde, so the best you can expect is probably “Oi fatty”. If your antagonist is pretty thin you could always retaliate with “Oi crackhead”. Not exactly subtle I know, but this isn’t the Oxford Union. You could just pretend you hadn’t realised you’re fat and thank them very effusively for pointing it out.

If they’re within reach and not just shouting from the window of a passing van, a reasonable conversational tone can really throw them off balance. Say something like “I’m sure loads of people hate your guts already, so why do you want to add me to the list”. Alternatively you could try sweet reason here “Obesity runs in my family, the way sleeping with cousins obviously runs in yours”. Or just “OK, I’ll try being thinner if you try being smarter and not quite so ugly”.  The You’re So Stupid angle works well in dealing with You’re So Fat insults: You’re so fat you could be two people. – Pity you’re so stupid you haven’t even got brains enough for one.

The situation most overweight men really need to prepare for is the dreaded banter and this will probably come from your mates. It’s not usually nasty and malicious, unless you hang out with Katie Hopkins, but it can still sting a bit. The good news is you can afford to be a bit more imaginative and can get away with being more insulting. You can even go down the legendary Your Mum route. I saw a man react to the unintentional alliteration of “Why are you so f****** fat, fatty?” with the old standby, “Because every time I have sex with your Mum she gives me a biscuit”. He got a laugh, and that’s all he needed.

If you’ve got a beer belly you’ll often get asked some variant of “You up the spout again mate?” To which one possible answer is – “Yes. If it’s a boy, I’ll name it after my Dad. If it’s a girl, after my Mum. But if it’s just a big bag of wind and blubber I’ll name it after you”. Attempting to have a snack in company can also lead to ribaldry. Follow the example of opera star Ernestine Schuman-Heinke who was tucking into a steak when someone asked “Are you going to eat that alone”. Ernestine’s reply – “No. I’m going to eat it with potatoes”. Or you could get asked something along the lines of “When did you last see your dick” and respond with “I’m looking at one now”.

If all else fails

I’ve yet to hear a truly creative fat –shaming insult so don’t feel inadequate if you just  respond with some colourful sign language, The safest thing, of course, is to walk on by and console yourself with the thought that being a decent person and living a good life is the best possible revenge on bullies. Even if it wouldn’t cut the mustard on Game Of Thrones – Arya Stark, grief stricken by the massacre of her family and the destruction of Winterfell, plots a terrible revenge on the Lannisters by being a decent person and living a good life – it’s good enough for most people.

Have you ever experienced a fat insult? What happened and did you manage to get a comeback in? Share it with us!