The silverware headed to Wales on Saturday as MAN v FAT Newport’s Conquered All The Chippys ran out winners in the latest MAN v FAT National Tournament.

300 MAN v FAT players descended on the FA’s prestigious St George’s Park venue to compete in this year’s tournament – the first in two years after COVID had put paid to 2020’s get together of the UK’s leading male weight loss community.

The 30 teams had arrived from Glasgow in the north through to Portsmouth in the south, and from Newport in the west to Norwich in the east. 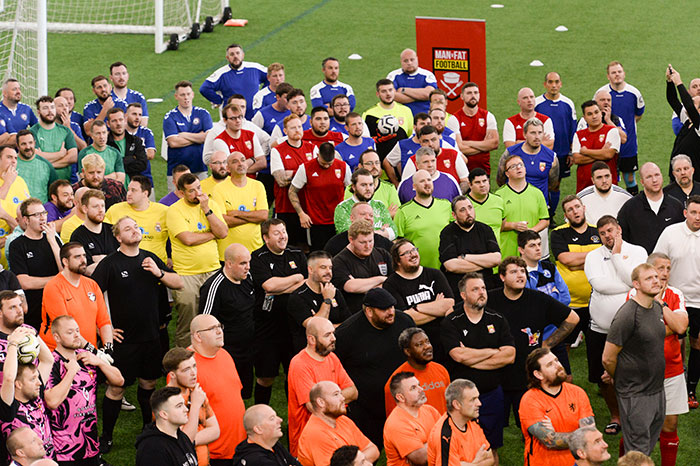 And a competitive event unfolded, with some good quality football being played throughout the course of the day.

Each team arrived knowing they were guaranteed at least five fixtures in the group stages and, with sixteen Second Round places up for grabs, the teams were keen to progress past those initial matches.

Some impressive performances meant that some tournament contenders staked an early claim for the silverware, including 2019 winners Stokoe’s Goblins, who were keen to retain their title. 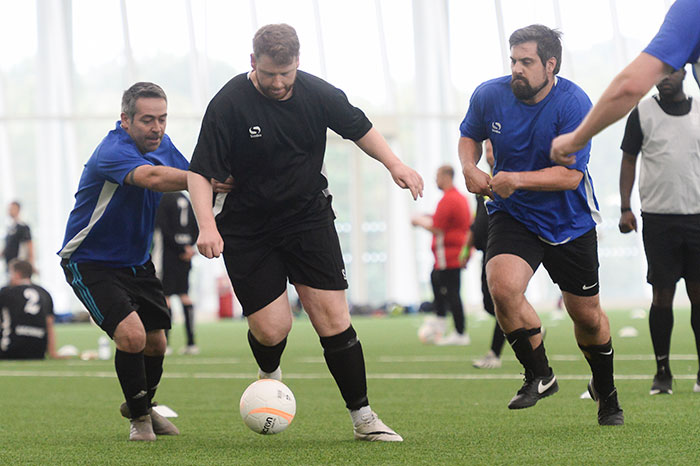 After some quick calculations, those knock out stages were confirmed and the teams could begin to plot their route to glory.

In the pre-tournament draw, which selected 30 of the 500+ applications to participate at St George’s Park, two Newport teams made the final cut.

And both made their way to the quarter-finals, with the impressive Absolutely Fabregas and Scouting For Goals providing the opponents for the Welsh sides. 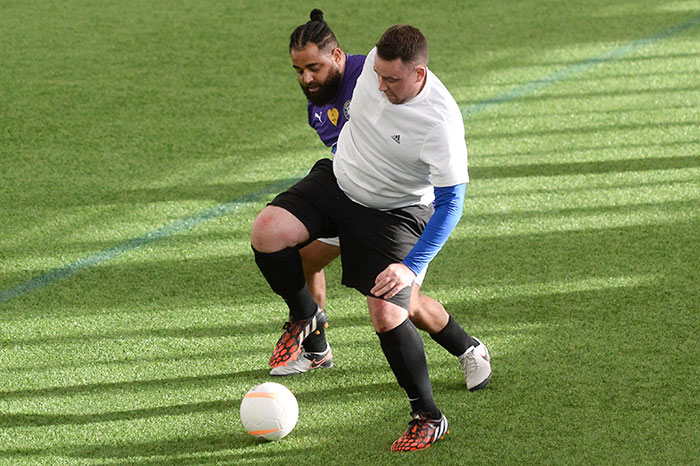 The last eight was where Champagne Super Rovers’ journey came to an end, as Absolutely Fabregas won a penalty shoot out, and Stokoe’s Goblins also triumphed on spot kicks against Not Long Eaton.

However, Goblins’ defence came to an end in the semis as Conquered All The Chippys made it past the Preston outfit, and Purple Cobras edged past Absolutely Fabregas to set up an enthralling final. 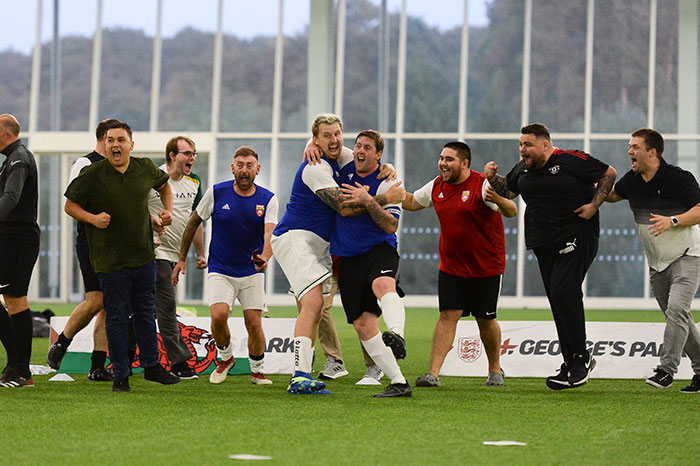 The big game was streamed on Facebook and has been viewed nearly 7,000 times so far and, in a hotly contested encounter, Player of the Tournament David Scanlon played a big part again for Conquered All The Chippys as they ran out 3-1 victors.

It won’t be long until our teams take to the pitches again, and thanks to everyone who came along on the day!

FOR A FULL GALLERY OF THE DAY, TAKE A LOOK HERE!