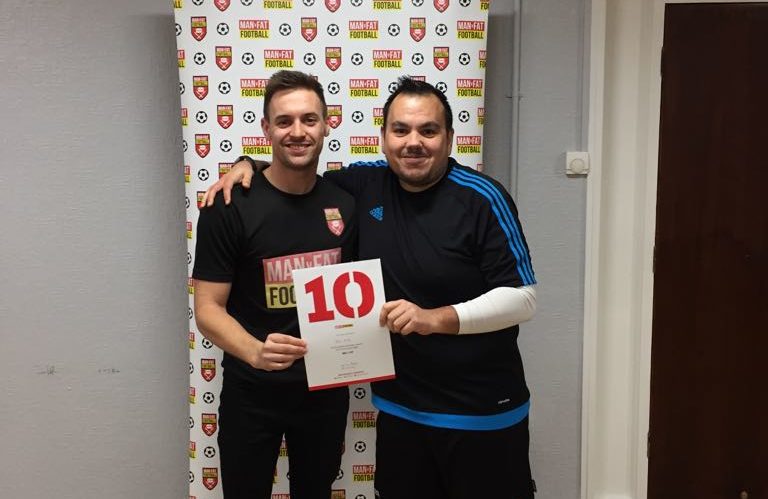 MAN v FAT Football Luton is back for another season after the tremendous success of their last three seasons and we’re looking forward to seeing more great results on the pitch and on the scales.

If you’re thinking of joining up to this or any other MAN v FAT Football league across the country but are anxious or sceptical about doing so, we get it – it can be a big step, which is why we love hearing success stories from the guys who have been there and done that.

This week’s spotlight is on Victor Childs, who was one of only two players who lost weight every week of the 14-week league. His weight loss has been impressive – he’s lost 10% of his starting weight, having lost 17kg (2st 9.5/37.5lbs) from his starting weight of 119.2kg (18st 10/262lbs) and credits MAN v FAT Football with giving him the tools to finally make a lasting change. 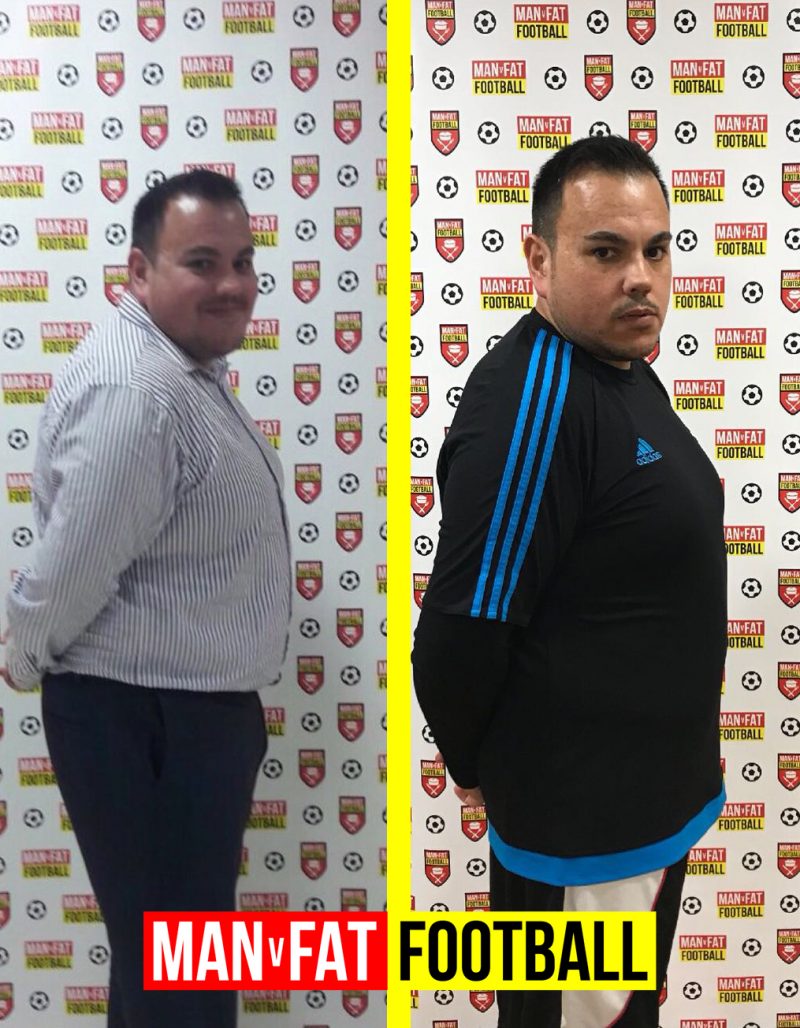 “I have done Slimming World before where I have been able to lose a bit of weight,” he said.

“But it’s never been a lifestyle thing for me, it has always been about doing it for 5-6 weeks and then putting that – and more – back on. This time around, it’s about trying to be more active and a bit more selective about what I eat.

Ultimately it is the competitiveness and the fact you want to be weighed in every week with your teammates and not let any of them down. It really spurs you on. There’s the camaraderie and support you get from your teammates, the WhatsApp groups and the pointers you get from Lee (the head coach) and your teammates.” 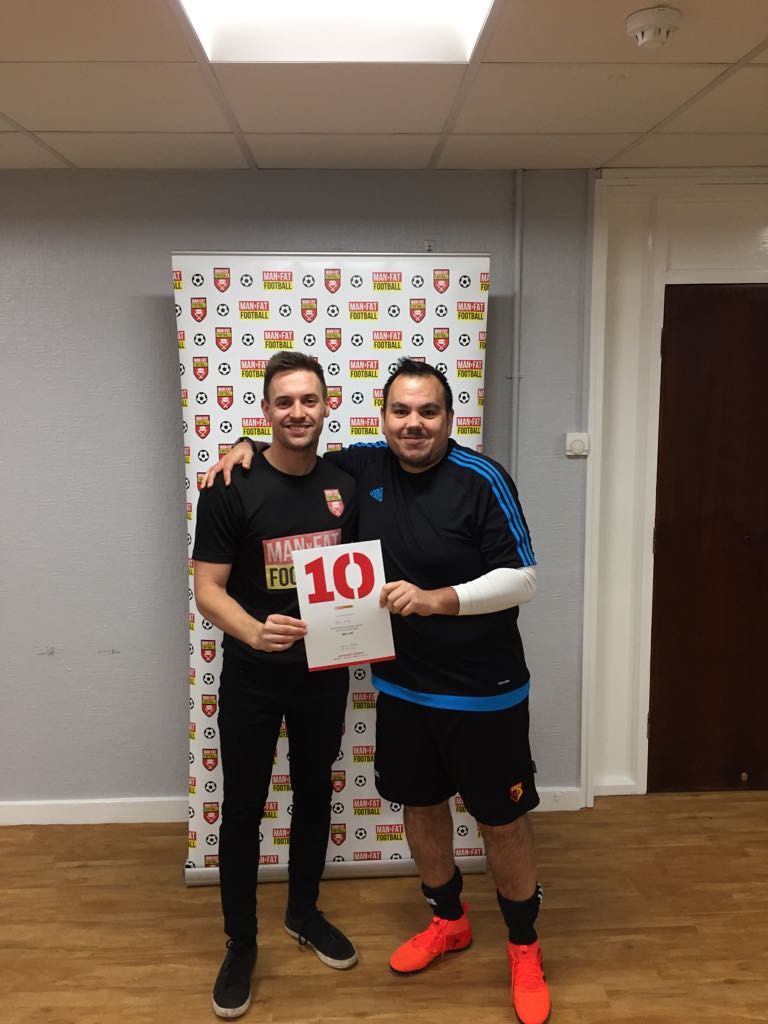 Victor getting his 10% certificate

Victor’s not the only one reaping the benefits of his newfound active lifestyle, his family are enjoying the changes too. “The family are noticing the difference,” he said. “I have got a young family and I play more football and I’m just generally more active with them. We go on runs together and I feel like I can now be more of a role model in terms of healthy eating along with the fitness aspect. The bottom line is that I have got a young family and I want to be around for them”

Victor thinks the key to his success is MAN v FAT Football’s unique approach. He said: “This is the perfect combination if you like football and want to lose weight. You get to be part of a team ethic again. What attracted me to the league was that it was with like-minded individuals – people looking to lose weight, but everybody is in the same boat. It’s not like we have signed up to the gym and there is lots of different people who are really fit and others that aren’t so you struggle to find your place. Here you have got a good community with everyone trying to achieve the same goal.

“When I first started it was all about losing a little bit of weight and playing football every week – that is something I have missed but as the weeks went on it became less about the football and a bit more about the weight loss with the competitive spirit as you see some of your friends losing more weight than you and you are trying to egg yourself on to go that extra mile.