Fantasy Football: An Invitation To The Sun

UPDATE: Amazing news. Received an email from Shaun Custis, The Sun’s Head of Sport, and they are looking into getting a team together. Date and location to be announced but it’s GAME ON!

Wow. So MAN v FAT Football launched with Game #1 on Monday. There are lots of statistics we could throw at you to tell you about the scheme, but how about this one: the guys on Monday lost 145 lbs. That’s a person (Helen Mirren, apparently). There was so much positivity, encouragement and, dammit, joy that it was truly one of the best (and coldest) nights of my working life. When you get to witness goals like this at work, well, it doesn’t come much better:

We had anticipated a lot of media interest and indeed we got it (Independent, Yahoo, Daily Mail, Radio 5, Radio West Midlands, Brazil TV, Mexican news, Denmark, Italy…you get the point). On the whole the media reported what was going on and respected the fact that these are obese guys who were putting themselves out there to start a journey towards a healthier future. I know from personal experience that that is not easy – so all of these guys are heroes in my eyes.

Unfortunately, The Sun’s coverage didn’t quite take that tone (although it’s worth noting that their online coverage was more on point). What was especially galling was that The Sun have championed men’s health for decades, and yet when they had the chance to salute some guys for getting out there and losing weight, they went for the cheap shots and opted to select images intended to humiliate, rather than celebrate. 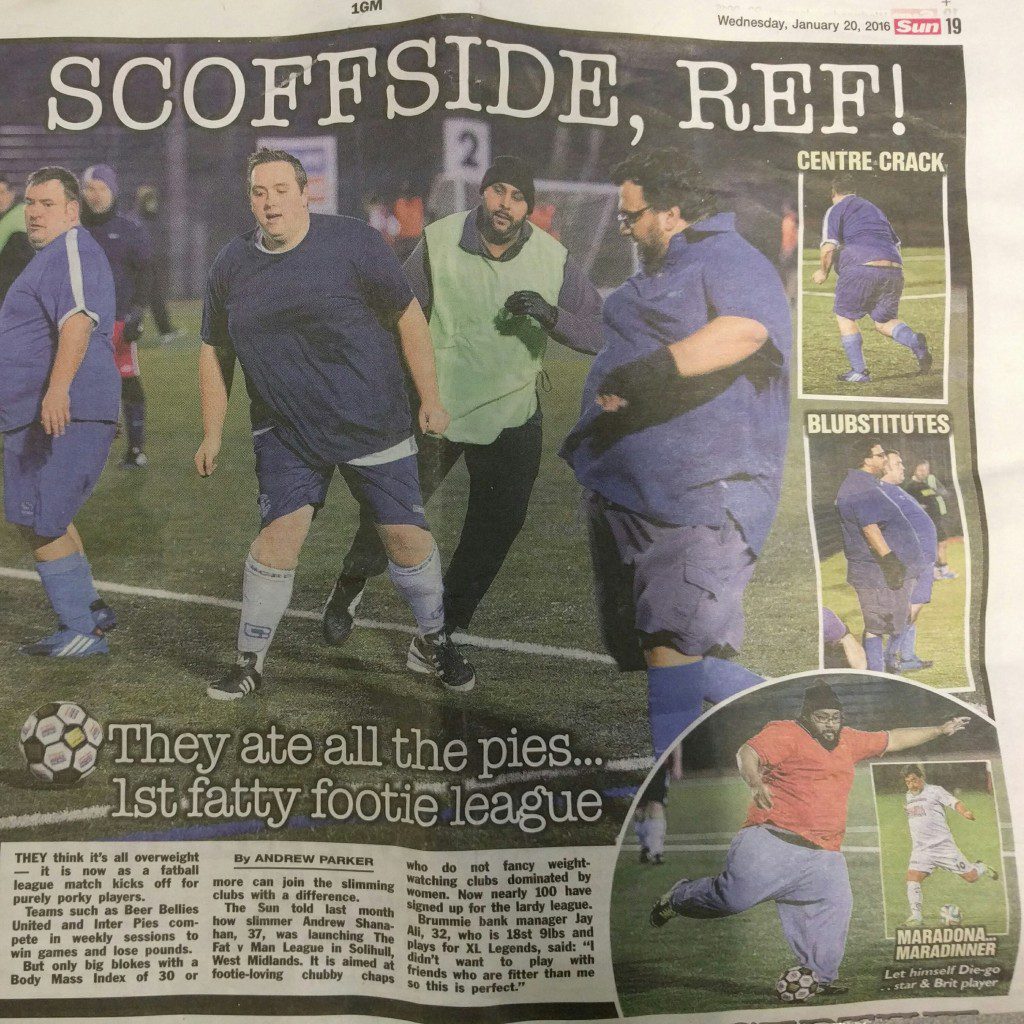 Now of course you can argue that these blokes have already made a joke of it by choosing team names like Inter Pies and Beer Bellies United. That’s true, they have – but that’s them taking the piss out of themselves. That doesn’t give anyone else the right to do it to them. You can also argue that The Sun are all about making jokes, and that’s true too – but surely they had to understand that their coverage would have a negative impact – like making several of the players feel less than brilliant.

With this much positivity around the scheme, it doesn’t do to focus on the bad stuff. Equally, I’m not interested in picking fights with The Sun. Fortunately, I know that a lot of the guys are using this to motivate them and to drive their quest for health. Inspired by them I thought the sensible thing to do would be to keep our response sporting.

So, Tony Gallagher, as one editor to another, how about an end of season charity testimonial? When the league ends in 14 weeks we’ll pick 11 of our MAN v FAT Footballers and you pick a Sun Editorial 11 and we’ll have ourselves a game – bring as many blubstitutes as you like. Any proceeds we’ll donate to Men’s Health Forum who do such incredible work in raising the profile of men’s health in the UK.

What do you say? 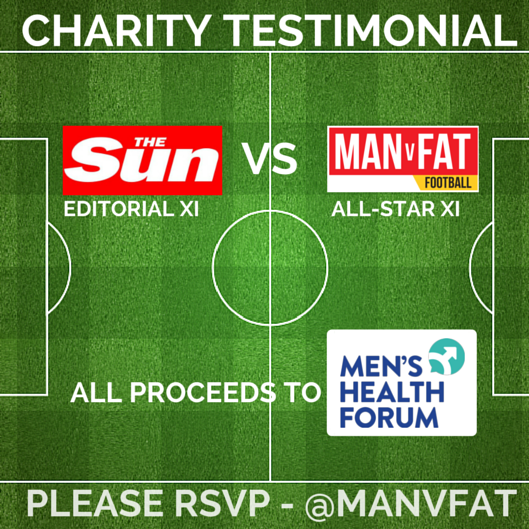 If you would like to see the game take place then please share it with Tony and any of The Sun editorial team you find on social media. We’ll keep you notified of any updates.