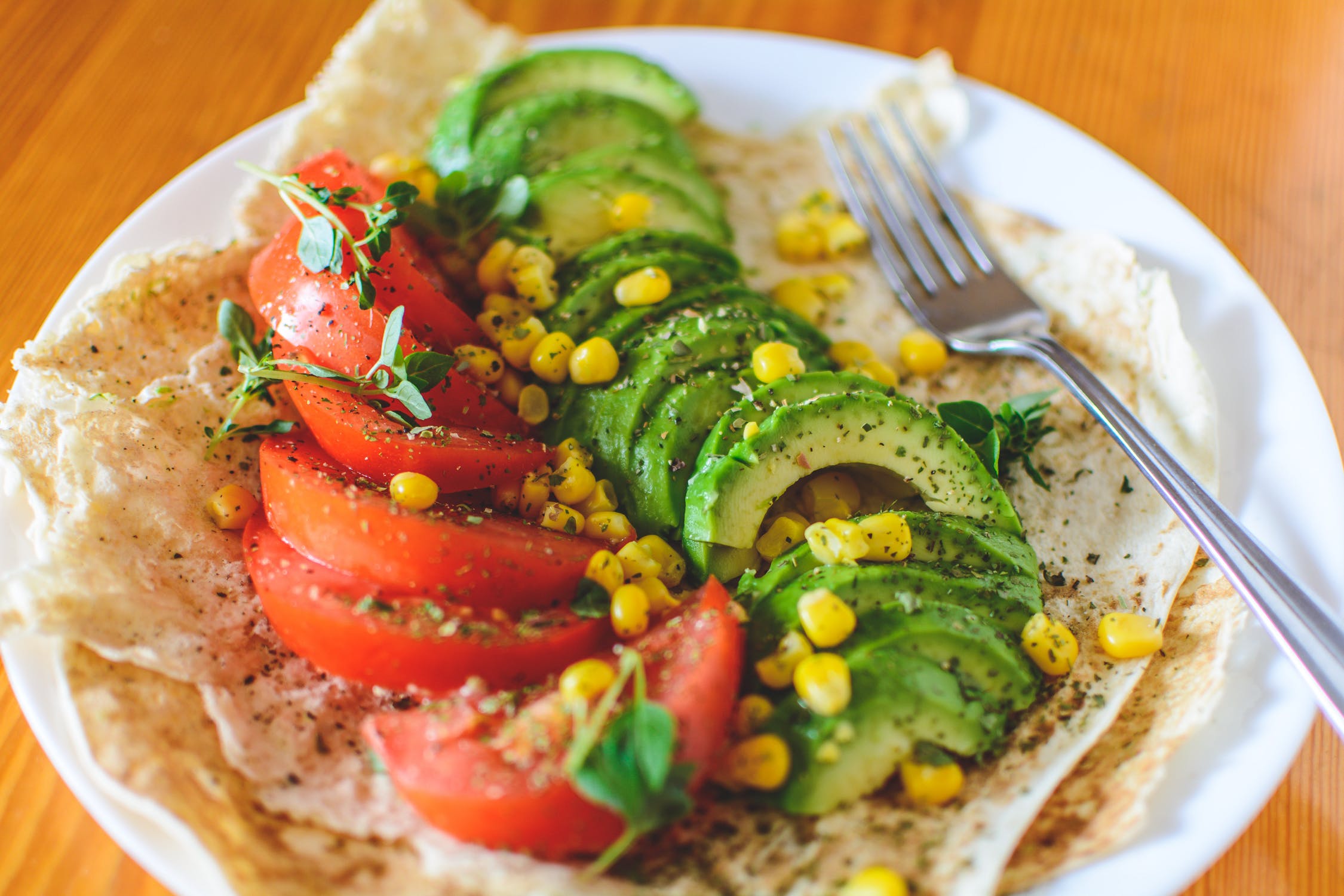 In the newsround this week – MVFF cake, a new league, new Pringles and how to properly fold a tortilla wrap. You’re welcome. 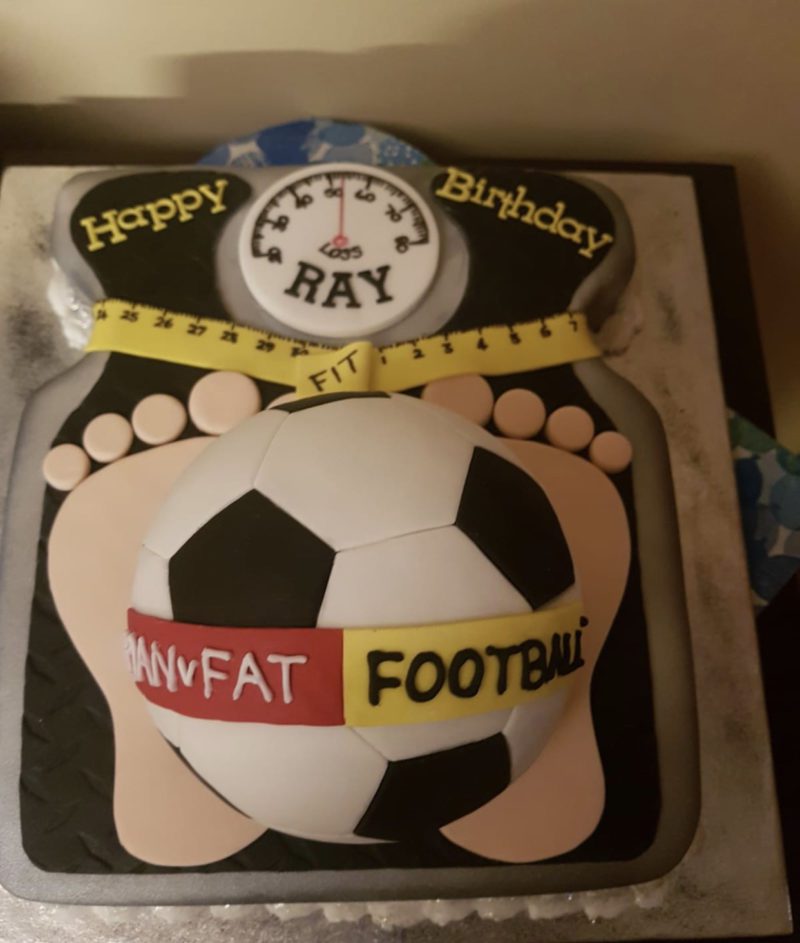 Check out this amazing work of cake art – it’s a MAN v FAT Football cake! It was presented to Ray, who plays for Borussia Munching Backfat (excellent name) at the Harlow league. A belated happy birthday Ray – I hope the cake was as delicious as it looks!

New league alert! MAN v FAT Football is going to be kicking off in Hinckley in March at the Greene King Stadium. Registration is on the 25th March, with games kicking off on the 1st April. If you’re in the area and want to lose weight and get back into playing football, then why not give it a go? You can find more details, including how to sign up, on the Hinckley MVFF homepage here.

MAN v FAT Football Slough has won an award! Huge congratulations are in order for Active Slough, who we run the (award winning) Slough league in partnership with. They took home the award for physical activity for health at the Get Berkshire Active awards 👏

The biggest rising market for vegan/plant-based food is now health-conscious men, according to a recent survey by Harris Interactive. One in ten men went vegan in January and a further 9% of men questioned said they were now making a conscious effort to cut down on meat and dairy. 31% of men who went vegan also said it was easier than they thought it would be. So, if you’re curious about ditching meat and dairy – you’re not alone. Read more about the rise of men going vegan over on The Grocer here. 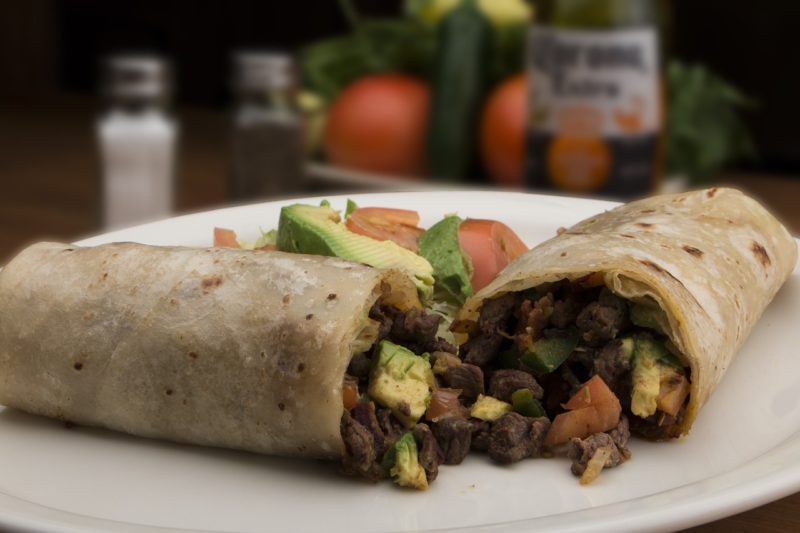 58% of people don’t know how to properly fold a tortilla wrap. Yes, this is the hard-hitting journalism you’re here for. Apparently not knowing how to properly fold puts a lot of people off eating them, which is a damn shame as wraps are the best. The research was conducted by Warburtons Gluten Free and they have gone to the trouble of getting gastrophysicist professor Charles Spence to give his top tips for wrapping.

1. Get the wrap tight. Making sure to include something sticky on the inside to hold the various fresh ingredients together can help here. This is where condiments, sauces, and purees really come into their own. Then, crucially, make sure not to stuff too much inside.

2. Maintain the structure. The answer here is to include something with structure to provide support. Sticks of celery, carrot, pepper all work well here, especially if they are wrapped tight when you fold the wrap itself.

3. No soggy bottoms. Keep the soggy ingredients, like tomato, away from the surface of the wrap. Why not wash some lettuce, and paper towel dry it, then lay that against the inner surface of the wrap before adding the other wet ingredients and sauces. The lettuce will also help to give some sonic crunch too.

4. The optimal filling to wrap ratio. Here it is important to note that more isn’t always better, as it can lead to the wrap being too big to fit in the mouth, and/or be difficult to hold. The more you try and fit in the more likely it is to fall apart too. One other tip here is to wrap your wrap in some greaseproof paper.

5. Ensuring eye appeal. You should think about using a rainbow of colours when preparing your wrap and making sure that all the colourful ingredients are layered around the outer perimeter. That way, they will likely end up in full view once you have folded it.

Here’s a video with two methods in 60 seconds. The first method is the one I use and my wraps are always spot on, if I do say so myself. So, now you know. 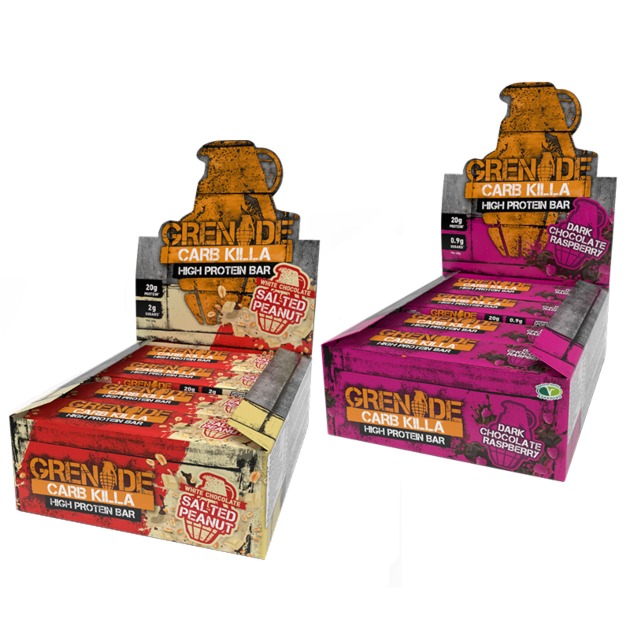 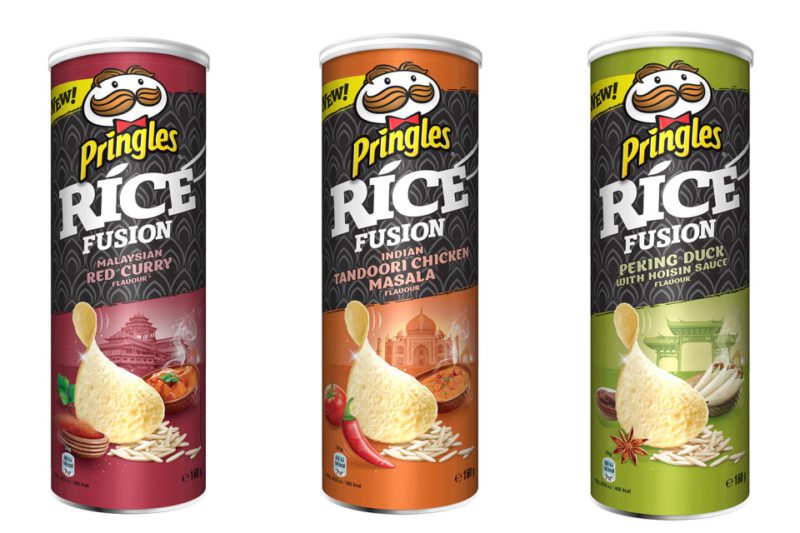 Here’s a little something for movie night – Pringles have a new range called Pringles Rice Infusions, which are made with more rice than potato flour (duh). Available from Tesco in four new flavours – tandoori chicken masala, Japanese BBQ teriyaki, Peking duck hoisin sauce and Malaysian red curry – they’re slightly lower in calories than your regular Pringles, and something a bit different from the usual sour cream. They’re 146 calories for 30g – I suggest you weigh it out then get someone to hide the tube, because you know what they say about Pringles…

Calorie counting or meal prep – which one is better for weight loss? I reckon you need a bit of both, calorie counted meal prep. Weigh in (sorry) here.

@Colbs is doing his dissertation about perfectionism in football and weight loss and wants your opinions. The survey takes around 5 mins and you can find the link here.

An excellent idea for a team name from @YeovilVoter on Twitter! What are your fantasy MVFF team names? I’ve always liked Aston Vanilla, personally…