Happify is the latest in a long line of online solutions to attempt to cure our brains. As men who want to lose weight there is more often than not a mental element to our battles against fat – whether it’s stress at work, negative thought patterns or something more deep-rooted. We asked MAN v FAT member and self-professed grumpy so-and-so Bear to take a look and see if it could make him the happiest man on earth (or a bit less of a mardarse).

Due to my grumpy demeanour I volunteered myself as an ideal candidate to road-test the Happify site. The site claims to help you analyse and change patterns of negative thinking and achieve a more positive state of mind through activities and games. What’s not to love? 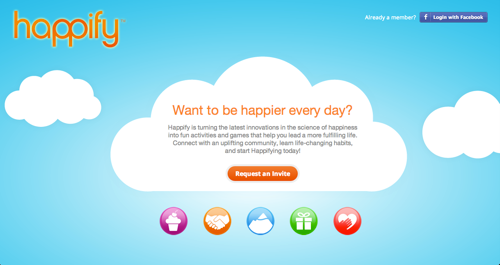 My initial foray in to the site was quite positive, it is nicely presented and clearly laid out, my eye was instantly drawn to some colourful bar-charts that monitor your progress. That’s a big tick for me, I love tracking progression on charts! There is also a list of courses or ‘tracks’ devised by experts in the psychology field these range from getting to know yourself better, motivation to get fit, which could be a big one for fellow MAN v FAT members, or how to conquer negative thoughts – ditto.

I thought the best place to start was with the in-depth questionnaire that marks out your personality strengths i.e. honesty, judgement, loyalty, etc. The questionnaire itself was optional which seemed odd. Personally, I would have thought that this would be a mandatory opener to get some bassline readings of you as an individual. The questionnaire was multiple choice and quite extensive but not overly time-consuming and the report it generated was in-depth and very interesting. It resulted in around 10 pages describing my personality traits, I was very impressed although not hugely surprised to discover that I’m honest and good-humoured but lacking in zest/joy.

As a trial I opted for the course that aims to conquer your negative thoughts; it seemed particularly ideal as it is usually my own negative thoughts that sabotage my best laid weight loss plans. Upon selecting you are taken to a page consisting of tasks and mini-games that are apparently designed to help prepare for stressful situations, or to change my thinking processes to concentrate on positive aspects. Each course is intended to take 10 days, the more tasks/games performed the closer it pushes you to achieving a gold medal, again depicted on a chart – a big plus for me! 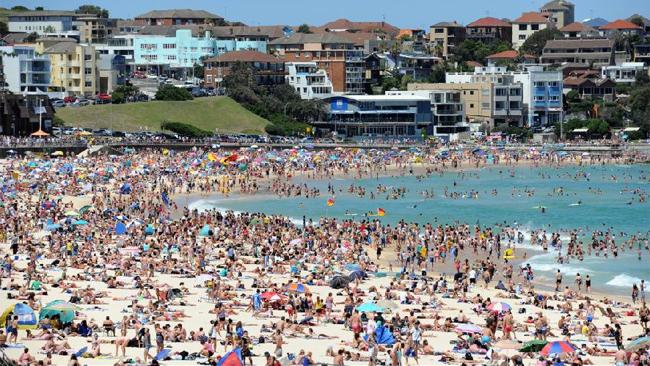 Imagine a beach scene. Just not this one.

The tasks are quite varied including writing positive statements, or finding ways of utilising your own personality strengths. For example, thinking about occasions throughout your day that have cheered you up and making a note of it

There is also meditation-lite sequence that has you performing breathing techniques whilst staring at a live beach scene complete with rolling waves and palm trees, this was very well produced and was extremely relaxing, I would even go as far as to say it was the most relaxed I have felt for an extremely long time. Sadly, I had actually forgotten what it felt like for my body to be fully relaxed!

There are a handful of mini-games including touching hot air balloons when positive words are displayed on them to make the balloons go higher whilst avoiding negative words, there is also an angry birds clone with creatures holding up negative words as the target. The mini-games didn’t really work for me, the concept of writing down worries/concerns on paper then screwing it up and throwing it away is a widely known concept. I have found it to work in the past myself, and the Happify guys have applied the same principle to the mini-games…but it just doesn’t really work, I didn’t feel any more positive or negative because I hit a creature holding a sign saying ‘grumpy’ with a cake-shaped object.

Generally, I was pleasantly surprised by the effect the site’s tasks had on me, it really has made me aware of how negative and cynical I am. It’s the small things that have changed, I have actively found myself making a mental note of when something has cheered me up, I stop myself when I am about to fly into a rage about everyone else’s bad driving, I also no longer talk about any negative event that happened in work once I am finished for the day.
The relaxation task or ‘serenity’ as the site likes to refer to it is excellent, on a few occasions since I started on the site I have been sat in work and realised that I am so completely stressed that frankly it’s not at all healthy, and I need to calm down.

All-in-all I am impressed with the site and I’ll happily give it the MAN v FAT seal of approval, I have been on there for about a fortnight so I wasn’t expecting any massive changes, but I have definitely become more aware of when I am happy or stressed and I now mentally pause to register this. Like most of us I just hurtled through the day without stopping to think and that has changed and I do feel better for it.

There are areas that need improving, the mini-games as explained earlier are nothing more than a distraction and really don’t add much. The phone app for the site crashes quite frequently and the pricing structure is a little harsh as well, Happify want nearly £50 upfront and that is with a discount, if it was £5 a month I would gladly pay for it.

Thanks to Bear for test driving the site – what do you think, would you use an app to increase your happiness? Have you tried any other meditation or happiness apps?