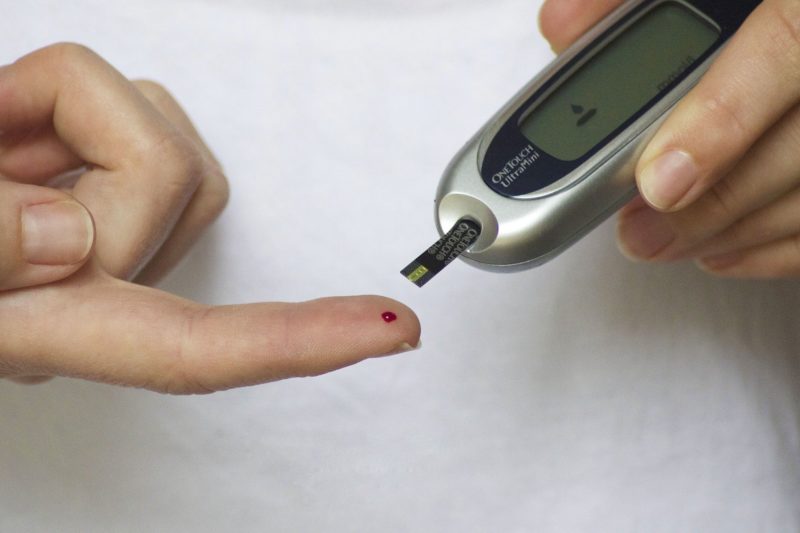 Dealing with diabetes – your questions answered

If you’ve ever been overweight, chances are that you’ve at least thought about the dreaded D-word and wondered exactly what it’s like to be dealing with diabetes. There are an estimated 4.6 million people living with diabetes in the UK (including those who remain undiagnosed) according to Diabetes UK, and the number is rising – making it one of the world’s most common long-term health conditions.

But what exactly is diabetes, and how do you deal with it if you are diagnosed? We asked Hema Love, a pharmacist for AXA PPP healthcare to answer some of our pressing questions about it.

Dealing with diabetes – your questions answered

Diabetes occurs when your body doesn’t produce enough insulin or is unable to use the insulin it produces as well as it should (this is known as insulin resistance). Insulin is produced by the pancreas and is important because it helps to move glucose – a type of sugar – out of the blood and into our cells, where it’s converted into energy.

When you have diabetes, the system doesn’t work as it should. The lack of insulin (or resistance to its effects) causes a build-up of glucose in the blood, which can lead to serious health complications, including blindness, heart disease, kidney failure and even stroke if not controlled.

What’s the difference between type 1 and type 2 diabetes?

Both type 1 and type 2 diabetes are diagnosed in the same way, on the basis that your blood sugar is too high, together with the symptoms you are experiencing.

Type 1 diabetes tends to start earlier in life (usually in childhood, or in your teenage years) and has to be treated with insulin injections from the outset. This is because type 1 diabetes occurs when the body produces no insulin at all, or when the cells in the body don’t react to insulin as they should (also known as insulin resistance). The insulin-producing cells in the pancreas are destroyed by the immune system and therefore cannot produce insulin. Type 1 is less common than type 2.

Type 2 diabetes is more closely linked to being overweight. It tends to run in families and comes on in adulthood. It can often be treated with diet, controlling your weight and tablets (at least in the early stages).

Is one type of diabetes more serious than the other?

There is no mild form of diabetes – both type 1 and type 2 diabetes can cause serious complications if not properly controlled, and both require regular treatment and follow-up. 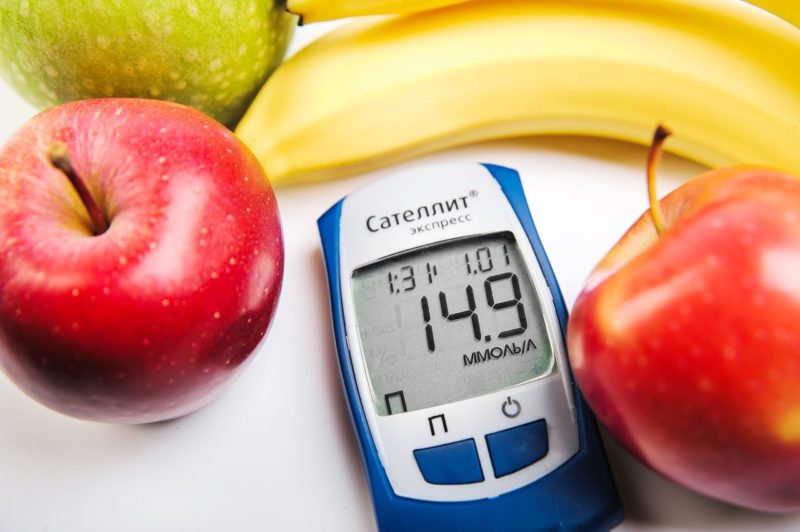 Why are blood sugar levels important?

If your blood sugar falls too low, hypoglycemia can occur. Hypoglycaemia is a very low level of blood sugar. Blood sugar is measured by millimoles per litre (mmol/l). A blood sugar level below 3.9 – and definitely below 3mmol/l  – is classified as a ‘hypo’.

In people who suffer from diabetes, ‘hypos’ can be triggered if you skip a meal or wait too long between meals. It can also happen after exercising or if you drink alcohol on an empty stomach. Some diabetes medicines can also drop blood sugar too much.

What are the most common symptoms of type 1 diabetes? 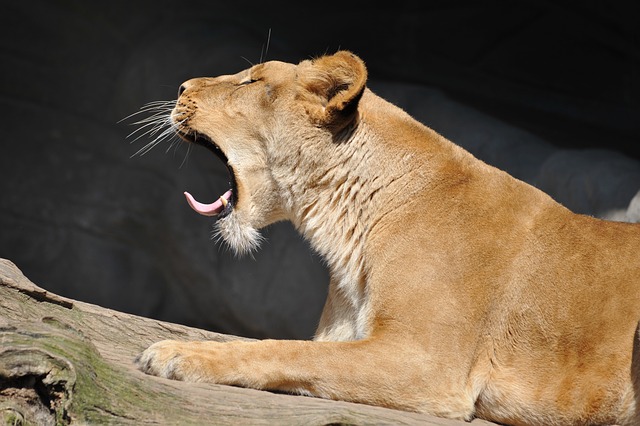 What are the most common symptoms of type 2 diabetes?

Pre-diabetes is when your blood glucose levels are higher than they should be, but not high enough to qualify as diabetes. This puts you at an increased risk of developing type 2 diabetes, but in many cases, changes in your diet and being more active can delay or even prevent the onset of full-blown diabetes.

When should I see a doctor if I am concerned about diabetes?

ASAP! Both types of diabetes require monitoring and treatment, so if you’re experiencing the symptoms above and are concerned about diabetes, it’s best to see a GP as soon as you can.

Is there a cure for diabetes?

Diabetes is a lifelong condition and at the moment there is no known cure. However, it can be controlled and is often controlled very successfully.

For people with type 1 diabetes, this means taking insulin – either by injection or through a pump which drip-feeds insulin into the body throughout the day.

Type 2 diabetes can be controlled through diet and exercise initially, although tablets are often required as the condition progresses to improve your response to or increase your levels of insulin.

What lifestyle changes can I make to help prevent diabetes?

It’s a good idea to partake in regular exercise and to keep your weight down if you are overweight.  It’s also a good idea to limit your consumption of sugary liquids such as fizzy drinks, as these give a sudden rush of glucose to the system, which can be difficult for your body to deal with when you’re pre-diabetic or when you have diabetes.

Stick to a healthy, balanced diet and try to avoid long sedentary periods (sitting at a desk, playing games or watching TV).

I’ve heard that it’s possible to ‘reverse’ diabetes – is this true?

Although as mentioned above, there is no cure for diabetes, studies have shown that it may be possible for some people to ‘reverse’ type 2 diabetes through lifestyle changes, reaching ‘normal’ blood sugar levels without the need for medication.

Even with ‘reversed’ diabetes, you will still need to have regular checkups to ensure that your blood sugar remains within normal levels without medication as this can fluctuate, and symptoms can return at any time.

Having said that, it is possible for people who have reversed diabetes to go years without experiencing symptoms or needing to control their blood sugar levels with medication. 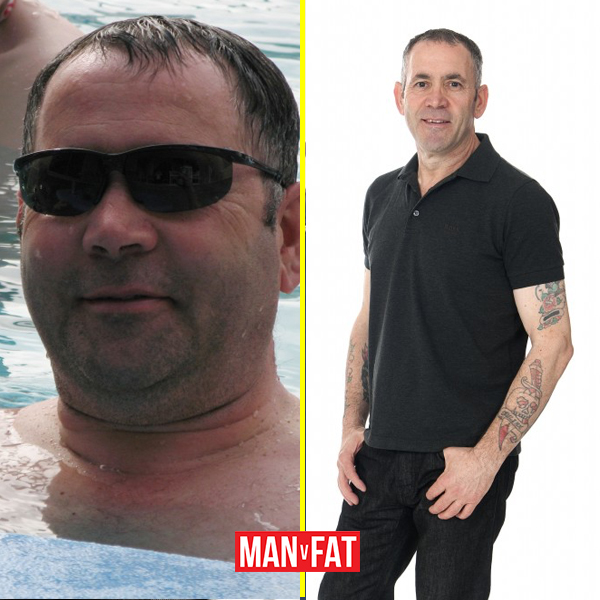 Is weight loss the only way of reversing diabetes?

It certainly seems to help, although studies have shown that it tends to work in patients who lose more than 30lbs and who haven’t had diabetes for an extended period of time. Being diagnosed with diabetes may be your wakeup call to get your weight under control, and you may be able to control it this way.

Check out Amazing Loser Julian’s story here – he was diagnosed with type 2 diabetes and went on to lose eight stone which led to the reversal of his diabetes. “The day I heard that I’d reversed my diabetes was one of the greatest moments of my life” he says. “My doctor’s reaction was hilarious – they couldn’t find any trace of diabetes and thought the blood tests must have been faulty!”

So if you’re overweight and worried about type 2 diabetes – there is hope.

Many thanks to Hema and AXA PPP for answering these frequently asked questions about diabetes. If you’re worried about your likelihood of developing diabetes, see your GP.

You can also find out your risk score of developing diabetes with Diabetes UK’s quiz here, and if you have more questions about managing diabetes there is a whole wealth of information on the Diabetes UK website here and the NHS website here.