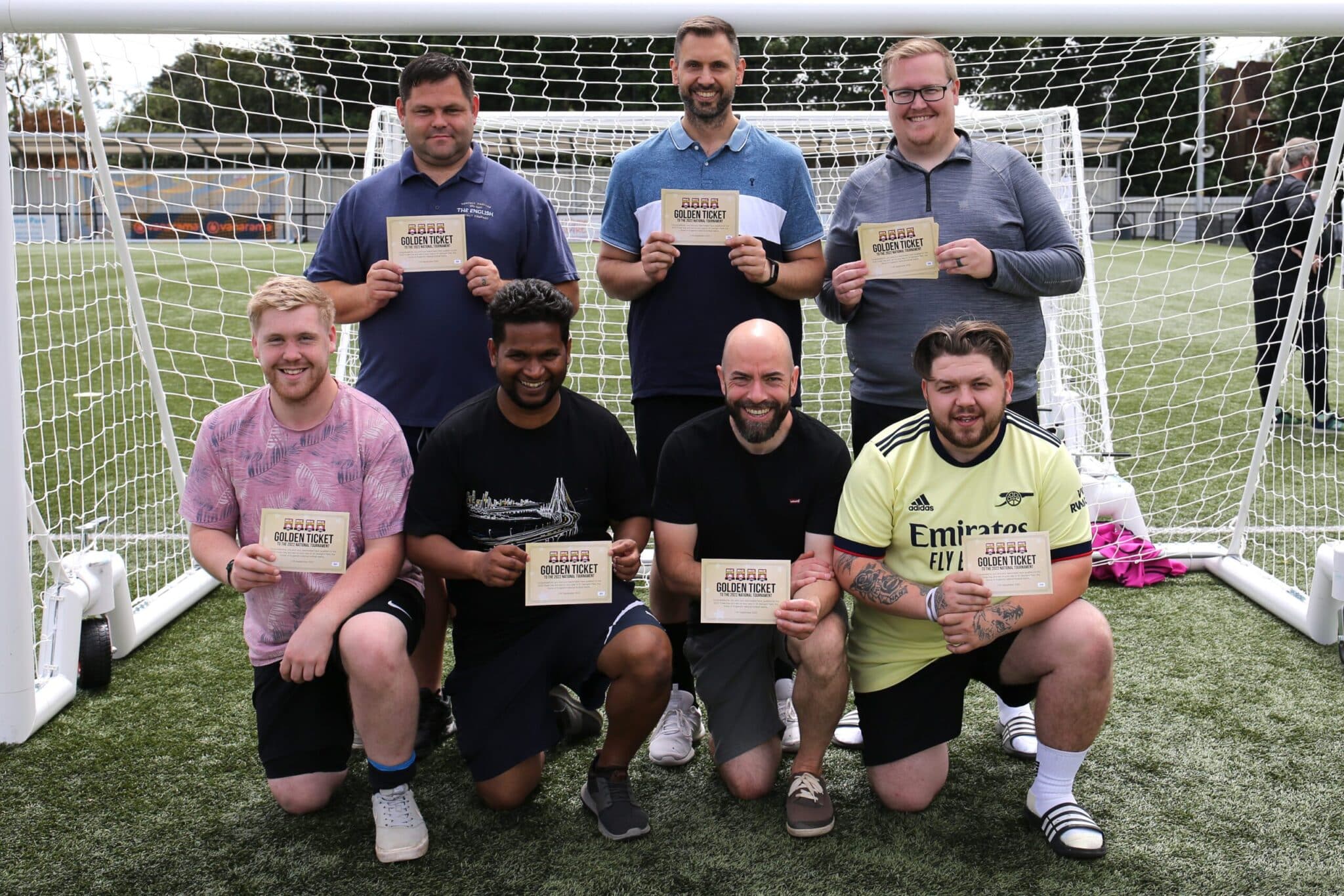 Members of the MAN v FAT Cambridge club secured a place in the MAN v FAT National Finals at St George’s Park in September, after an impressive display of football in the regional qualifiers.

Cambridge’s representatives ‘Make Emile Of It’ were made up of players from four of the club’s teams, with Rakesh Kunder, Robert Grove, William Bozward, Devlinn Turner, Anthony Acar, Damian Coe and Todd Baxter and Toby Baxter heading to Slough for the South East qualifiers.

And they put on a fine performance, topping their group to ensure they’ll go to the nationals later this year to represent the rest of their club, which is run in conjunction with Cambridge United Community Trust.

The set of players that took to the pitch at Slough have lost 72.1kg between them in their time with MAN v FAT so far and Damian Coe, who has lost an amazing 34kg, said the team had a great day in Slough.

“We very much enjoyed the Slough regional qualifying tournament. It’s always nice to get together with members of MAN v FAT from other clubs as it really is an inclusive community to be part of. The facilities at Slough Town were fantastic, it was brilliantly organised, and it was nice to top our group too.

“We are now looking forward to playing in the national tournament and enjoying the magnificent facilities at St George’s Park in September. An opportunity I most likely wouldn’t have if I wasn’t a member of MAN v FAT.” 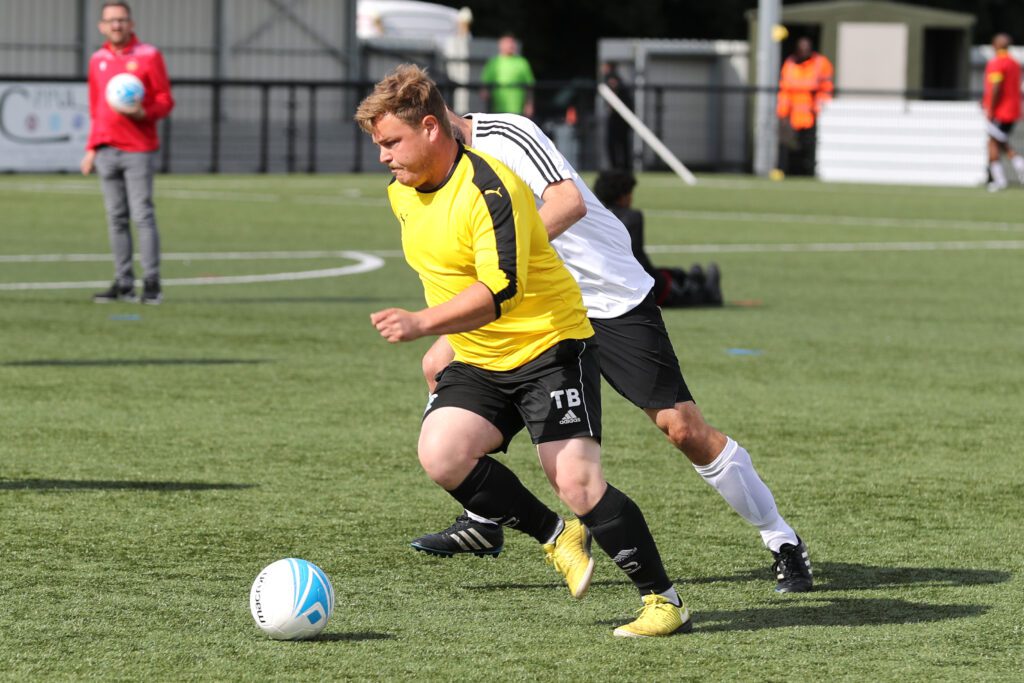 Damian was one of MAN v FAT’s biggest achievers in 2021 and said his time with the Cambridge club has been transformative for him.

“MAN v FAT for me has been a very positive and beneficial experience. Having now lost in excess of 25% of my body weight and enjoying all the health and wellbeing benefits that brings with it, I was fortunate enough to win the Amazing Loser award for the Cambridge League.

“From this I was given the opportunity to play with other Amazing Losers from leagues all over the country in a game at Northampton Town with celebrity managers Ian Holloway and George Elokobi.

“Aside from football it’s great to be part of an inclusive league for all abilities where I’ve made so many new friends and seen so many weight loss journey successes that have been inspirational to me.”

The MAN v FAT Cambridge club is seeking new starters to follow in the path of Damian and his teammates!

You can register today – you’ll only pay your registration until such time that you’re put into a team in the Cambridge club. And, to celebrate the team’s achievements at Slough, you can register for just £1 using the code MAKEEMILE.