Your issues with weight go back to your teen years, did you put on weight early then? 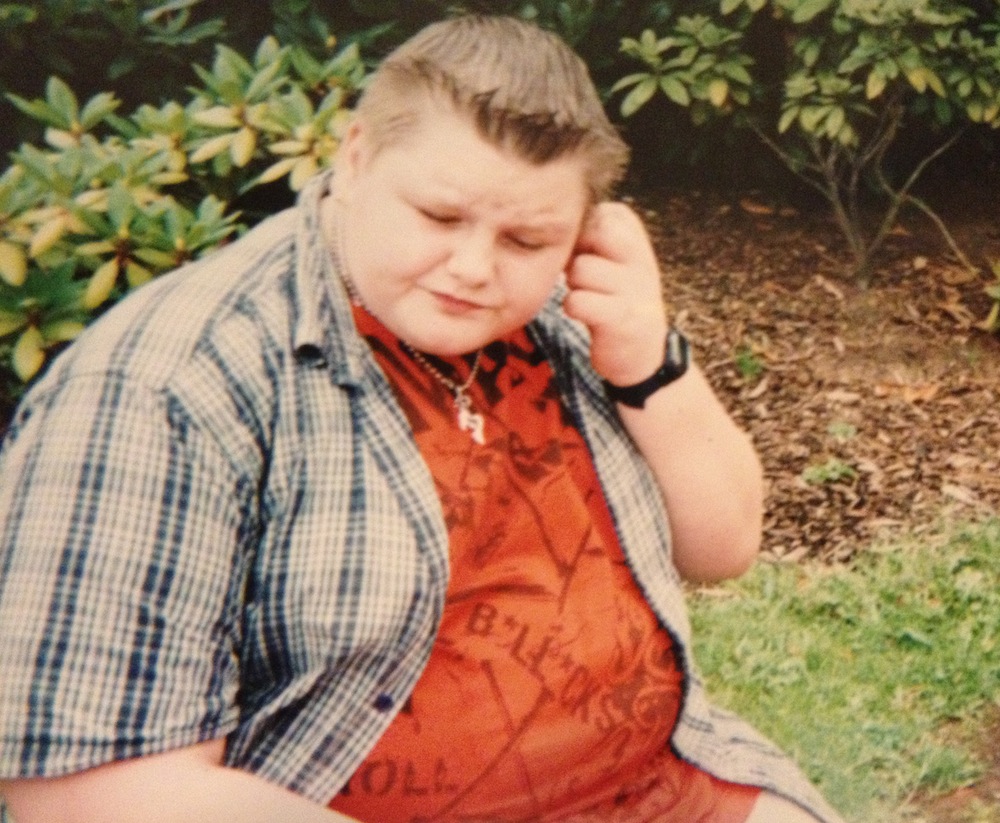 Definitely, I was 15 years old and I weighed 22 stone. I was so fed up of being so overweight. I think the turning point for me was a family trip to Alton Towers. We went on Air and my family had all got seated and I was to heavy to go on so I was asked to leave. It was crushing at the age of 15 to be asked to leave a ride because you’re too fat. When you are young you don’t have the experience and you can’t really rationalise, so it was very bad, not nice at all.

What had caused you to gain that weight?

I was into playing video games, so my choices of activity were mostly sedentary. I was making bad decision and bad choices but then at the same time because I was so young I wasn’t aware of what I was doing. I was treated differently because of my large size. After all, who would want to be friends with someone who was so overweight? This led to loneliness and because I was playing computer games I just didn’t have a social life.

After that moment on Air I decided to make a list of goals and dreams. All the things I wanted to do in my life and I just became very inspired to achieve them. Looking back the list is very clear to me: I wanted a girlfriend, I wanted more of a social life, a better looking body, I wanted to wear nice clothes and have confidence. I was also very interested in music so one of my goals was to get to perform on stage with confidence. 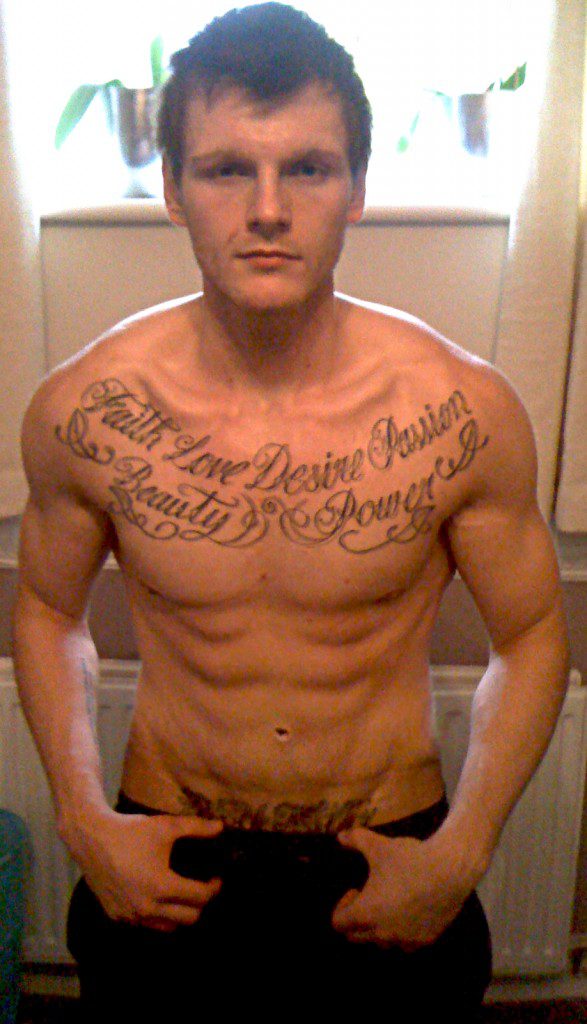 Did you join a group, or was it something you did on your own?

For me there was no quick fix or quick answer or any support of a mentor, it was just something I did. I was lucky to have supportive parents, which was great but in terms of getting the information and finding out what I should be doing, I did it myself. I went on the internet and got myself into a gym. After that I started changing my eating habits and lost some weight initially. For me it changed once I’d developed that habit of enjoying the gym, my life just changed incredibly, just that one habit alone going from hating the gym to loving it was a major shift.

What advice can you give readers on changing your mindset?

A lot of people have a past experience or a certain belief of what it means to exercise, especially if you are influenced by TV – you usually get an association that exercise is something that is painful. But if you can realise that exercise doesn’t have to be painful, that it can be taken slowly and that you don’t even have to do much of it and that it can be seen as something that is a positive.

It is important to gain that first-hand experience of trying something new out and allowing yourself to see whether you enjoy it – that allows you to develop those positive experiences and changes your mindset.

So what were you doing in the gym that made such a difference?

I started out with very low confidence but there was something about lifting weights that made me feel more of a man and it made me confident. I think it had a good hormonal effect on me. It’s such a great feeling once you get to experience those changes that I’ve felt the last ten years – at first I didn’t really have a clue what I was doing, I was just a typical guy in the gym picking things up, trying them out, but when I got into it I started to read muscle magazines and started to take a real interest in training.

I know you’re a big fan of takeaways, how did you change your diet?

I decided to use my imagination for my meals, I didn’t really choose different foods but instead I looked at food that I would have normally enjoyed like a pizza and instead did a low calorie version of it. So if I was thinking of making a low calorie burger and fries I just exchanged the meat for turkey and would do oven cooked potatoes and that would halve the calories with that one little switch.

Once I started looking at how I could make a low calorie version of the foods I love – it was easy. I had always cooked my own meals since the age of 13 so I guess it was easy for me to be more imaginative as I’d always grown up with a bit of imagination for food I guess.

What was a typical day’s menu?

For breakfast I used to have high sugar cereals, so I exchanged those for porridge oats and started buying whey protein and would chuck that in to my porridge as it gives it a bit of flavour – that’s a great breakfast. I would also use whey protein with my cereal so if I had muesli I would mix in whey protein with the milk. For lunch, I might have a low-calorie version of a burger and fries with as much salad as I wanted. Then for dinner, instead of pizza I would buy a wholemeal tortilla wrap and grate low fat cheese over it.

Was the weight loss immediate?

It took two years to lose nine stone in total but it seemed to happen really quickly. People started to notice straight away and it didn’t take long at all before I started to get some nice reactions. I was still young and in my last year of school, so the PE teachers at school could see the difference and they were impressed. I never used to do any games at school I always had an excuse to not participate, so it was nice to get the confidence from the teachers. 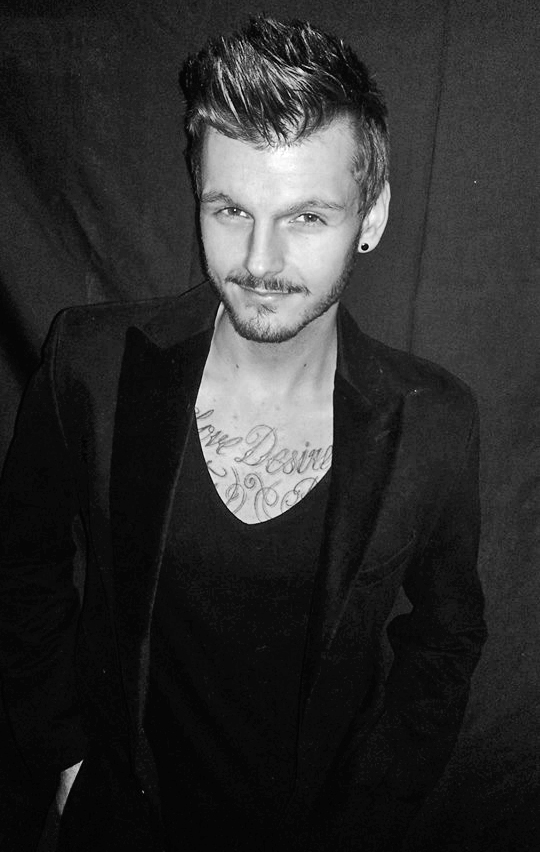 So did you make any progress on your list of goals?

Yes, I had a girlfriend by the time I got to 16, I became more sociable, had new friends, and was in new social environments. I taught myself to play the guitar and started going to more music concerts and was in a band up until age of 20. My confidence really grew.

You now use your experience to help young people who want to lose weight – is that difficult work?

Everyone has a dream of being someone, either a career dream or a goal. If a young person – or anyone really – can link a lot of pleasure to getting that goal and achieving it, then they will find a way to do it. So with my clients I find a way to link their weight loss with their goal. If someone wants to be a good footballer and they are overweight, I will link losing weight to becoming a footballer – so linking pleasure to the process. For me I wanted to play the guitar in a band so I felt good about losing weight because I knew those changes would help me in achieving my goal.

I work with young adults and find that especially anyone from 14-16 has a belief that they are incapable of losing weight, they have perhaps had experiences and developed a belief that tell them it is not possible so in these cases it takes a coach or a mentor to help them change that belief. Unfortunately, some people remain trapped in that belief for years and years.

We’ve got to talk about this David Beckham thing – there’s more than a passing resemblance – do you get that quite a lot?

Ha! When I was losing weight I was about 16 and my hairdresser said to me, “You know you look like a young David Beckham don’t you?” At the time I thought it was quite funny – I still get it now. Anyway, I was contacted by a local agency about the lookalike stuff but I was too busy with my band. I must say though it has been fun going from being a 22 stone guy who couldn’t get a girlfriend to being offered work as a David Beckham lookalike. That’s a great transition, I guess!

If someone is reading this now and they’re desperate to lose weight what would you say to them?

Losing weight is absolutely possible for anyone. It’s a process that the body can do and it’s all about applying the right things. It’s very easy to get emotionally overwhelmed thinking that the process but one thing I always make clear is that it is absolutely possible to do it. Biologically, the body is equipped to reduce body fat. After that – the success lies in finding a plan that works for you and that suits your lifestyle and makes you feel good. Losing weight isn’t a chore, exercising isn’t something that you’re being punished with – find the positives in both of them and you’ll do brilliantly.

Have you made a list of all the things you’d like to achieve – has it been useful for you in your weight loss?